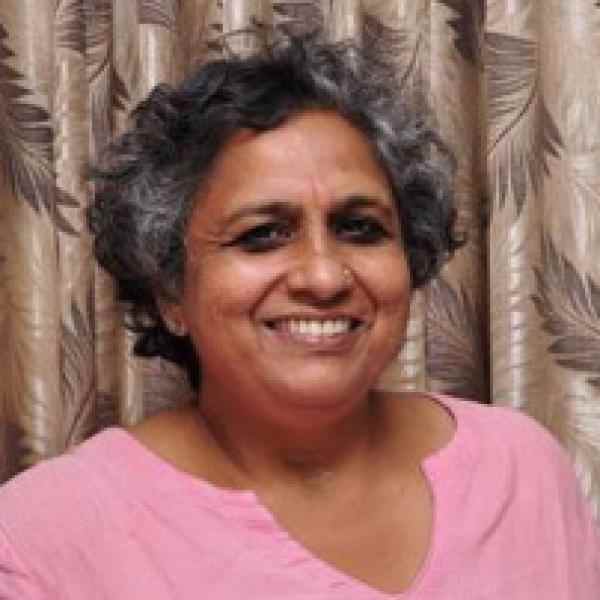 A pioneer in the field of HIV prevention and care in India, Anjali Gopalan has stepped in to fill the deepest gap that exists in preventive and curative work in India today, by designing a model for an integrated system in children’s care facilities which includes HIV+ children.

Anjali founded the Naz Foundation, a citizen organization (CO) to offer a range of prevention, support, and care programs that meet the needs of underserved populations around sexual identity and related issues, especially for women and MSM (men having sex with men) groups. Anjali is widening the scope of HIV prevention and care services by demonstrating how HIV+ children can be mainstreamed in existing home child-care and facilities. This is a necessity in a resource impoverished country like India, and will be beneficial to both the government and society.

Anjali is building nationwide awareness around care of orphaned and vulnerable HIV+ children. Initially, she has prepared a training manual and provides training programs to build the capacity and skills of state and CO residential institutions providing care to children with AIDS—reducing stigma and discrimination. The project seeks to provide more opportunities for the care and support of HIV+ children in their residences.

Anjali’s program monitors and is able to detect infections and effective treatment; admission of abandoned children who are denied adoption due to their HIV+ status, with special focus on the girl child who is doubly discriminated against by families who lay greater premium on the boy child; maintain confidentiality regarding their status; ensure their right to education and adequate healthcare; lobby for laws to protect children with the disease; sensitize officials, doctors, teachers, and care-givers at all levels; and last, but not the least, cater to the affected children’s unique psychosocial needs.

She has also created a home-based care program to train families in care-giving. Anjali believes a child should only be placed in institutional care if orphaned, and she will not admit children with extended families. The home-based care program—which currently supports 350 families—is designed to ultimately empower communities to respond as well as possible to the epidemic.

Following South Africa, India has the second-highest population infected with HIV in the world. Children, however, are not included. UNAIDS estimates that 170,000 children below 15 years are infected with HIV/AIDS in India, while the government’s AIDS control agency estimates 60,000 Indian children are infected with the virus. Independent organizations suggest the number may be closer to the UNAIDS estimation. Without certainty, the government may be putting millions at-risk by not addressing the problem.

According to a Human Rights Watch report, “Children affected by HIV/AIDS are being discriminated against in education and health services, denied care by orphanages, and pushed onto the streets and into the worst forms of child labor. When a parent is infected children drop out of school to care for them, or work to replace the lost income, until they become orphans. Many doctors refuse to treat or even touch HIV+ children. Some schools expel or segregate children because they or their parents are HIV-positive.” Widespread discrimination against children with HIV in schools is fuelling the AIDS epidemic in India, the report adds.

Until recently, transmission at birth was the most common source of infection among children. However, children in India may also acquire HIV through sexual contact, including sexual abuse; blood transfusions; or unsterilized syringes used to inject narcotics. Most of those dying of AIDS are between 15 and 49 years-old, the age when many are raising children of their own. The number of AIDS orphans has not been adequately measured, but some believe more than a million children under the age of 15 in India have lost one or both parents to the disease.

Among the worst affected are girl children. A majority of girls are abandoned after testing positive for HIV, their families may prefer to spend precious resources on the care of infected male children. Young girls, orphaned after the death of HIV+ parents, are often thrown out of their homes and may end up in prostitution—powerless to insist that clients use condoms. The discrimination of girls with HIV/AIDS in the home, community, and in the work place, has remained largely invisible to government policy makers, without programs to assist them.Institutions, such as care homes, hospitals, or foundations, are still not able to provide adequate care for children. Foundations would rather give money to children who will survive and be productive and their structures often prohibit it. There is great resistance from institutions to receive training and care for children. They are often ill-equipped and unable to overcome their fears about the illness, preferring to refer them elsewhere or ignore them. Otherwise, many of these institutions provide excellent facilities for children and would be beneficial to children with HIV/AIDS. Segregation in specialized care facilities leads to isolation and increased stigma.

Anjali established Delhi’s first HIV clinic in 1994 and the country’s first holistic home-care for orphaned and vulnerable HIV+ children in 2001. She trains health professionals and care-givers to treat HIV+ children, and recognizes that existing facilities need to expand their scope to include them. She has designed a system that provides multi-faceted care to infected children, both in the home and in foster care.

Anjali’s 24-hour clinic provides nutritional and medical care, and educational and skills development programs. Positive women in the facility are encouraged to take responsibility for the care of children. At the same time, Anjali established a home-care delivery system for HIV patients with regular medical and nutritional inputs and monitoring.

Anjali believes society must consider the varied needs of children, whether they are part of a community or orphaned, and create a protective environment for them. Anjali emphasizes educating children and placing their needs within a larger framework of rights. The scale of the problem to shelter and care for positive children requires a larger solution—one that Anjali hopes to solve by leveraging existing child-care facilities to expand the scope of their target population.

With a decade of experience in the field, Anjali is training residential care providers about how to care for HIV+ positive children and to learn what is possible. This also means changing attitudes and perceptions. She believes in training the trainers, and Naz has developed a resource base of healthcare and childcare professionals experienced in the area of HIV+ childcare. The process is documented in a manual for easy reference. The training manual includes best practices, focusing on topics such as the basics of HIV/AIDS, sexual health and sexuality, universal precautions, care for children, nutrition, coping with the psychosocial issues of positive children, and managing opportunistic infections and antiretroviral therapy (ART).

The aim is to develop more safety nets for children when their families become incapacitated by the disease and build the capacities of existing institutions to extend their skills, resources, and support to new areas for the betterment of marginalized communities.

Anjali continues to lobby the government and collaborate with organizations working on the behalf of children and on health issues. She wants to get as many people involved in the process as possible. Her work with gay men has helped serve as a model for her advocacy work with children. The media is an important advocacy tool and she uses it effectively. Through an affiliation with the Centre for Advocacy and Research in Delhi, she trains journalists which has resulted in an enhanced quality of coverage in print and television.

Using her care home as an example, Anjali has successfully lobbied the National AIDS Control Organization to include children in the draft national policy on AIDS, and she is working with the government to table a law in Parliament dealing specifically with child sexual abuse, which would also help tremendously in protecting children from the disease.

She has also initiated a peer education program at the college level (funded by Levi Strauss Foundation) and put together a cadre of young advocates. Her long-term vision is to establish smaller child-care homes for focused rehabilitation, rather than large institutions.

With a Masters in International Development and another in Journalism, Anjali worked for many years with community-based organizations in New York City; providing direct services for HIV/AIDS and substance abuse issues. Circumstances led her to live and care for a friend with HIV, giving her first-hand knowledge and insight into the issues affecting HIV+ people. Returning to India in the early 1990s Anjali saw a tremendous gap in AIDS prevention and care services. Drawing upon her work with community groups in the U.S., Anjali founded the Naz Foundation Trust.

Working at the grass-roots level, Anjali understands that AIDS has reached epidemic proportions in India. Yet funding, government and media attention goes to states with the highest prevalence, and to groups that are deemed high-risk, such as sex workers and truck drivers. “The situation is skewed,” explains Anjali, “The messages coming from the media and the government is that the general population is not at risk.” Anjali’s role has been to raise money and awareness for these populations left out of national AIDS policy. For example, creating information that addresses the needs of women has been a major focus of her work at the Naz Foundation; the board comprises health economists, doctors, businessmen, and lawyers.

Her work with children began quite by accident. Six years ago a child with HIV was abandoned at the Foundation’s office, and they couldn’t find an institution or hospital to take him. Anjali was forced to look after the child, which enabled her learn how dire the situation was for HIV+ children. This experience resulted in the Center, which is today home to thirty children. The actor Richard Gere funded the organization for three years, until she received a large endowment from her deceased brother to create a home for the children.

Currently, Anjali spends a lot of time fundraising, advocating for systemic change, and in trainings; the daily logistics of running the care home has been given to her colleagues. Apart from being the Founder and CEO of Naz Foundation and Naz Care Home, she is on the board and advisory panels of several national and international organizations including International AIDS Vaccine Initiative, the NGO Core Group of the National Coalition for Health Initiatives, and the Resource Centre for Legislators.