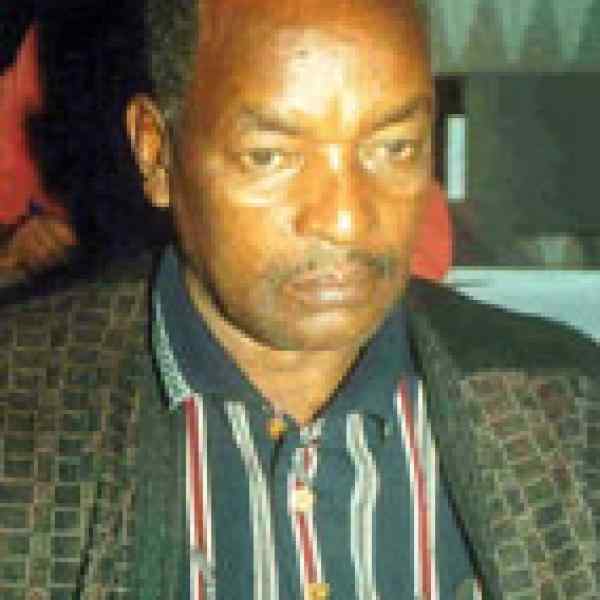 Share
Kenya
The City Garbage Recyclers
Ashoka commemorates and celebrates the life and work of this deceased Ashoka Fellow.

Adrew Macharia passed away in 2011, but his work and the management of the Nairobi City Garbage Collectors continues under the management of his daughter Hellen Mumbi Macharia. A former truck driver who has for years been keenly aware of garbage piled up along the roadsides, Andrew Macharia is stimulating citizens to respond to the waste management crises that face most East African cities.

In Africa, and in much of the developing world, urban waste is a colossal problem, often a very visible symptom of, and contributor to, citizen apathy. Because most city governments lack the resources and resolve to tackle the problem, citizens must step up to the challenge of dealing with the trash. As Andrew is showing, the challenge presents an opportunity for citizens to create jobs for themselves and earn money. Taking advantage of the present political transformation in Kenya, and the opening for citizen action it allows, he is encouraging the formation of recycling cooperatives and small business ventures that turn urban waste into products like charcoal briquettes, nutrient-rich soil, and mattresses, all of which are sold back to the community. By getting the economic incentives for recycling correct, and setting a tone of inventiveness rather than drudgery, Andrew hopes to encourage the adoption of other responsible waste management and environmental practices as well. He sees new opportunities to expand his work in East Africa, taking ideas, relevant recycling techniques, and an awareness campaign to Tanzania.

Most towns and cities in East Africa lack functional waste management services. As a result, garbage of all sorts–soda bottles, rotting food, blown-out tires, newspaper–heaps up along roads and river banks, in residential areas and schoolyards.

Nairobi has a population of 2.5 million people, with a colossal waste management problem: it has only one designated dumping site for the entire city, to which residents must transport their household garbage even though they pay an annual collection fee. The site is a vast mountain of stinking waste that breeds disease and attracts insects and wild animals. Already many times beyond capacity, it is the city's stand-in for a functional waste management system. Unfortunately, Nairobi's fix is all too typical: Mombasa, Kampala, Dar es Salaam, and dozens of smaller cities throughout the region face a similar crisis. As people migrate to urban areas, the population of slums increases resulting in mounds of unhealthy waste.

Poor governance, corruption, and unemployment have eroded citizen initiative in Kenya. Many people do not care about the trash, or they stubbornly view it as the responsibility of the government. What little public money there is often finds its way into the pockets of a few powerful men, drying up coffers that might otherwise fund such services as garbage collection and disposal. Seeing no incentive to fix the problem, citizens wait for a solution to appear instead of pursuing possible citizen-led solutions.

Andrew stimulates the formation of recycling cooperatives and small business ventures that work with city councils to manage refuse. He educates school children and the public to clean up their communities, and he trains young professionals in relevant waste management techniques.

To prove that urban waste can be an asset in generating both income and jobs for poor and unemployed people, Andrew set up a pilot project in a residential area of Nairobi. He formed the City Garbage Recyclers, the first cooperative of its kind in East Africa, to sort trash, compost it, and turn it into products that can be sold back to the community. An initial grant from the UNDP and the European Union allowed the recyclers to fence the plot, install electricity, water, and a telephone. While the cooperative owns a vehicle, Andrew is not yet to the point where he can offer collection. But this has not been a problem: members of the community in which the site is located are quite happy to bring their trash.

Once the waste arrives, the recyclers sort the trash into organic and inorganic waste. Using techniques that Andrew learned from efforts underway in other parts of the world, the recyclers turn the organic waste either into briquettes, which are sold back to the community as cooking fuel, or into nutrient-rich soil for farming. Inorganic waste is processed to form mattresses. Profit from the enterprise covers the workers' salaries, pays for the lease of the land, and allows for the purchase of new equipment. As funds become available, he will expand the plot and add a formal training center where visitors may learn recycling techniques for use in their own communities in Nairobi and throughout Kenya.

Andrew encourages city council members, journalists, students of professional programs in organic farming, environmentalists, and curious residents to stop by and take a look. In an effort that he plans to expand, Andrew partners with local schools, showing school children that recycling and waste management is the responsibility of everyone.

Andrew has devised outreach strategies to reach Kenyans who live outside of Nairobi. First, he engages the media to spread the word. He appears on radio programs and television shows, and elicits the support of journalists as well. In rural farming areas, Andrew plans to set up permanent demonstration sites at county fairs. Volunteer trainees in organic soil courses will staff the sites and gain school credit for their six-month hands-on internship. In cities and smaller towns across the country, he will arrange for volunteers to arrive at least three months in advance of the annual fair. They will establish a small area and begin collecting trash and encourage curiosity from the community as they go about their work. By the time of the annual fair, their booth will be a fully functional recycling post, showing techniques relevant to small-scale farmers and to towns alike.

He works with existing environmental groups in the East Africa region, encouraging them to introduce his recycling techniques to their own constituents. In this way, he hopes to lead with inventive recycling and the promise of income generation, then follow up with environmental messages that guide the adoption of other important environmental and waste management practices.

Andrew has begun working outside Kenya as well, specifically in Zanzibar, off the Tanzanian coast. He sees a unique opportunity to prove the validity of his approach here because this island is a contained space, making it easy to see clearly the path of trash–where it comes from, how much there is, and what happens to it after production. Also, the need is great because Zanzibar and nearby islands have attracted increasing numbers of tourists in recent years.

Andrew knows East Africa well. He has been a tour guide, taking tourists to the region's national parks; a projectionist at open-air markets, showing movies from a van he rigged for the job; and a truck driver for a brewery company, supplying beer to destinations in Kenya, Uganda, and Tanzania. For the better part of 40 years, he has travelled from town to town, village to village–meeting the people, learning the local languages, seeing the trash pile up along the roads.

In 1993, as he approached retirement, Andrew thought he would try to do what his wife wished: stay put and start a farm. He picked up a few rudimentary composting techniques and began producing nutrient-rich soil from his household trash. In no time, he found himself harvesting from the soil great quantities of beans, maize, and potatoes. Neighbors took notice of the high yield; they came to investigate, and later to buy, the compost Andrew had intended for his own use. Demand for the product–a product made from trash–grew. Sitting on his porch, thinking through what had become, unintentionally, a small-scale business enterprise, Andrew asked himself this question: if garbage can be turned into products that make money, then what are people doing throwing trash away?

Andrew is poised to take his tools and techniques to communities throughout the country. With energy, determination, and humor, he looks forward to retracing his earlier steps–bearing, this time, an inventive recycling program to foster citizen initiative, create business opportunities, and rid the region of trash.