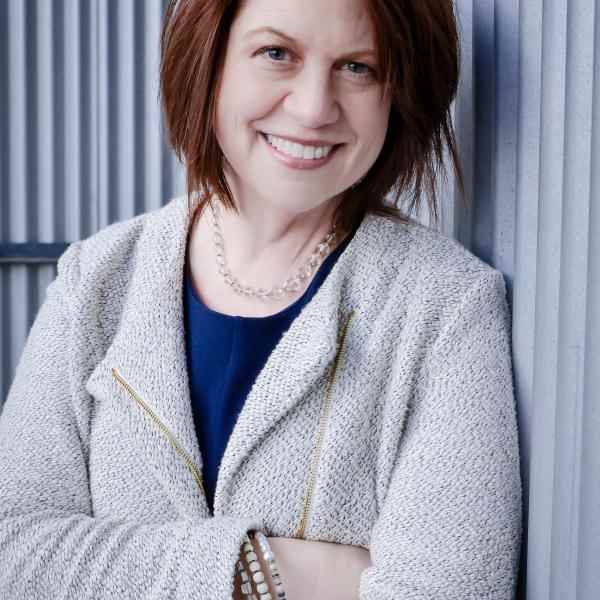 By developing a more successful and cost-effective model for finding permanent homes for the most-difficult-to-place in care, Amelia Franck Meyer is proving that the key to fixing the U.S. foster care system is to break the cycle of disruption and trauma it too often perpetuates.

Amelia is guiding a comprehensive turnaround of the U.S. foster care system, effectively reimagining the central approach from one that is reactive in nature to one that proactively meets the needs of youth and breaks the cycle of multiple placements and trauma. There is already widespread agreement that conditions in the U.S. foster care system are appalling. Amelia’s insight is that foster care as currently set up doesn’t solve but actually perpetuates the problem, effectively creating a downward spiral of trauma. Amelia can deliver this tough assessment and actually find allies and win support because she has proven that despite the grim reality, there is hope with a new and more effective approach, and that the new model can be embraced and spread through the existing system, not via an outside or foreign fix that narrowly defines everyone in the current foster care system as the problem and thus further disempowers them.

Amelia has first had to prove that the current priorities and approach in foster care exacerbate the trauma young people face by breaking that cycle with the hardest-to-place young people. Over the last five years she has proven that her approach is nearly twice as successful in finding permanent homes for foster children, is more cost effective, and is safer for everyone involved. She is now championing a new operational model built around the central values of permanence and wellbeing and that is relevant for the whole foster care field. Her overall approach fundamentally restructures foster care agencies by changing how they are organized, where funding is directed, and – most importantly – the very definition of success. Hierarchical bureaucracies inside placement agencies are replaced with highly collaborative teams and an organizational culture where staff are expected to problem solve, seek additional learning, and support their colleagues through the inevitable difficulties. The shift from an overprotective emphasis on physical safety to wider one on wellbeing and from quick fixes to more lasting permanence has reduced trauma, improved permanency rates, and contributed to wider wellbeing among caseworkers and young people in the foster care system.

Amelia has not only been able to prove that it is possible to break the downward spiral of repeated placement, trauma, and disruption (with the hardest-to-place youth, no less), but has simultaneously demonstrated that a higher success rate results in major costs savings that more than cover the initial upfront investment of time and resources in this approach. Amelia’s model is now flourishing in Minnesota and Wisconsin and, through partnerships with state agencies and with national funders, is rapidly spreading to Texas and the District of Columbia. She anticipates expansions into Colorado and Georgia in 2016. Her approach is regarded by many in the field as a new paradigm for high-quality, proactive, youth-centered care that creates a promising pathway for foster youth “at risk of aging out of care with no one.” Although her focus is currently only on the foster care system, Amelia also sees applications for her model in the criminal justice, education and other systems that serve youth.

Everyone experiences and manages trauma differently, but unsupported children and young people are particularly ill equipped to cope with major traumas. They often lack the developmental skills to process or articulate their grief on their own. Instead, they act out, often through aggression, and get stuck in a vicious cycle: withdrawing emotionally or having violent outbursts, which drive away potential support. This loss and loneliness then further exacerbates the trauma. Over time, young people lose the ability to connect with and trust others.

Sadly, children in foster care in the U.S. have experienced exceptionally high levels of trauma but find themselves in a system that is ill-prepared to help them emerge from their grief and – in fact – all too often exacerbates their trauma. This is because, much like an emergency room, the foster care system uses a triage strategy to treat acute symptoms without ever getting to the underlying causes, relying largely on medication, treatment, and movements from placement to placement as problems occur. Indeed, it’s not atypical for a child who has been in the foster care system for 5-10 years to have had 20-50 foster home placements, each replacement representing an unsuccessful (‘unsafe’) match. The economic and emotional costs of this approach are enormous. The direct cost for each of these young people ranges from $150,000-$250,000 per year in placement services, not to mention the costs of courts, social workers, medications, or healthcare. Older youth who have gone through dozens of placements and are at risk of “aging out” with no one are the hardest to place and are most costly to the system.

Despite its price tag, the current system is also remarkably ineffective. In 2012, more than 23,000 youth aged out of the foster care system in the United States. One year later, nearly 40% of this population was homeless, nearly 60% of young men had been convicted of a crime, and just 48% were employed. Fifty percent of the youth who had aged out were involved in substance abuse. Seventy-five percent of young women and 33% of young men who age out of foster care receive government benefits for basic needs. The social costs of public assistance, incarceration, and lost wages over the lifetime of the young adults who “age out” of foster care without a permanent family are estimated to be $8 billion each year.

Though there’s widespread acknowledgement that this system is failing too many children, policies and funding mechanisms governing the foster care system are highly restricted and controlled by bureaucratic systems that leave little room for innovation or problem-solving. Instead, these systems are narrowly focused on safety and crisis control. Many of the professional case workers feel powerless to help foster youth out of this cycle. Staff in child welfare agencies have high rates of “secondary trauma” which is caused by seeing the harm the system is doing to the young people with whom they work. The number of case workers a young person is a leading indicator of how quickly that youth will achieve permanence; given the high staff turnover, the current national average is three different case workers per child per year. Not only do staff departures add to young peoples’ tally of broken bonds, but high turnover contributes to a culture of low accountability to the young people in foster care. In addition, much information about a young person’s history is lost when staff turnover, adding to the challenge of finding permanent placement.

For the last five years, Amelia has been blazing a path for wider reforms of the U.S. foster care system by taking on the profession’s most daunting challenge: finding permanent homes for the “hardest-to-place” young people about to “age out” of the system. Amelia’s central belief – informed by life experience and over a decade working in the foster care space – is that the cycle of trauma that the system perpetuates must be broken, and that this requires a reordering of the foster care system’s priorities, an overhaul of internal processes, and a shift in culture. While trauma is endemic among all foster youth, by starting with the population that the current system is most visibly failing, Amelia has been able to make a compelling case that it is possible – more affordable and more effective – to address the roots of trauma and find permanent homes.
To shift from a reactive system centered on protecting physical safety at all costs to one that values wellbeing, connections, and healing, Amelia starts by surrounding a young person with healthy role models, caring adults, and unconditional love. Rebuilding these connections is the first step in healing the relational trauma youth have experienced. Staff teams at Anu help foster youth build their own support networks by doing an exhaustive search for adults who care about them. Starting with asking the youth themselves, staff often find more than 50 adults who are willing to be part of a care circle for a young person. These can be relatives who had lost touch with a young person once he or she entered foster care, former teachers, bus drivers, or neighbors, or any other caring adult who is willing to show the young person that he or she is valued. The search and assembly of teams is a critical first step in the healing process. (Ninety three percent of the young people in Amelia’s program reported an increase in the total number of individuals they are connected to from intake to discharge.) Everyone, from the therapists and social workers on the staff team to the foster parents, bus drivers, or biological relatives on the young person’s team commit to being part of a young person’s permanency plan and helping the young person connect and reconnect with other caring adults. These commitments range from once-a-month trips to the movies or other social outings to daily or weekly tutoring sessions. And not surprisingly, it is from within this circle that Anu youth end up finding their permanent new homes.

Amelia’s deep sense of empathy is rooted in growing up surrounded by trauma and violence. She saw the effects of domestic violence and poverty in her close friends, and was highly influenced by the effects of her own father’s unhealed childhood trauma. As a survivor of abuse, her father was unable to live the life he wanted to. It was the empathy born out of her father’s experiences that led Amelia to care so deeply for children who are unprotected from the adults around them.

From a young age, Amelia possessed the ability to entrepreneur change. She saw herself as a problem solver and others often identified her as a natural leader. She has dozens of examples of taking initiative as a young person and throughout her career. In elementary school, she formed a drama club where she went on to write the play, create all the props, recruit members, direct, and perform in the play. In junior high, she formed a cheerleading squad, organized numerous fundraising events to buy uniforms, and led the squad in practicing and performing. In high school, she was the only student in her school to apply for and go on a study abroad program. Her friends from her time in Cyprus became a window into a larger world, and she kept the group connected upon return.

While managing a set of group homes early in her career, Amelia experimented with the most effective ways to change outcomes for youth living in care. When the rules for kids were increased or punitive consequences harshened, behavior did not change. When positive behavior was rewarded, she saw a small shift. When she began to work more closely with staff to empower them to create solutions, she saw the most significant behavior changes the agency had experienced in its history. She began to rely on this strategy across the group homes, encouraging creative ideas for solving problems that arose. She began getting more practice in empowering others, and saw the tremendous results this yielded.

When Amelia joined Anu Family Services, she was hungry to put her experiences in the group homes to work on a bigger system. In her interview to join as CEO, she made it clear to the board that she would join the organization only if they understood that, starting with Anu, she was going to transform foster care.

Although Amelia knew that it would be more difficult to work in the existing entrenched, bureaucratic foster care system, she chose this path rather than creating a new parallel structure. She had faith in the hundreds of people she had met in child welfare and saw that the existing system was full of well-intentioned people who just needed support and tools to change outcomes for young people.