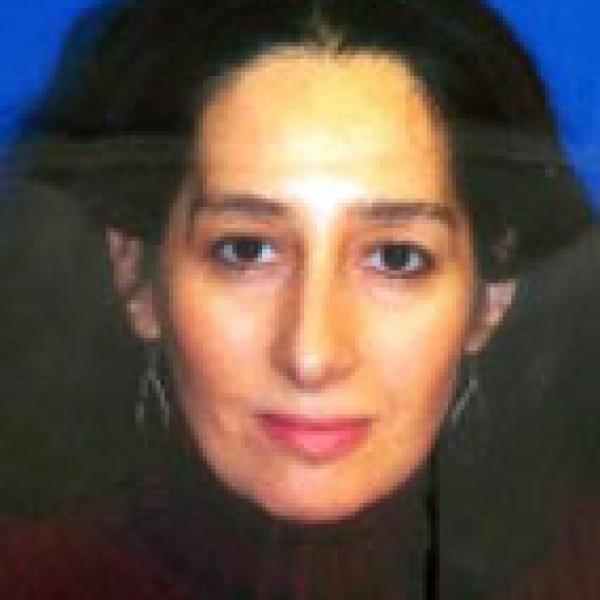 This Fellow has retired from their work. We continue to honor their contribution to the Ashoka Fellowship.

Through the concept of “social journalism,” Alicia is transforming the news media in Argentina by giving visibility to social issues and by bringing human rights and social perspectives to political and economic news. She is also developing a collaborative approach to news-making by creating incentives for newspapers to produce collective coverages on social issues of national relevance. Alicia has trained more than two thousand journalists from 14 of Argentina’s 23 provinces and the federal district. She is introducing social journalism as a new discipline in Argentina’s most prominent universities.

In Argentina, news stories about social issues tend to be poorly researched and relegated to the last section of the newspaper. For this reason, Alicia is committed to changing the way the media industry relates information on pressing social issues. Through her organization, Periodismo Social, she works to train journalists to adopt a human rights approach to news reporting. While teaching current and prospective journalists how to develop informative articles in a more comprehensive manner, Alicia also helps them produce pieces that emphasize connections to prominent political and economic news.

Alicia has also created a Network of Newspapers (Red de Diarios) in order to spread the impact of social journalism throughout Argentina. The Network is made up of 14 leading Argentine newspapers and focuses on bringing editorial depth and visibility to the coverage of critical social issues that typically have been either ignored or given superficial coverage by the nation’s mainstream press. Through this Network, Alicia introduces new methodological and ethical norms to the field of journalism.

Thus far, Alicia has trained more than 2,000 journalists from 14 of Argentina’s 23 provinces and the federal district. She has offered workshops in 32 universities and succeeded in introducing social journalism as a new discipline in three of those institutions. Furthermore, 50 percent of the Network of Newspapers’ coverage on social issues makes it to the first page, signaling an important shift in the field of news in Argentina.

In the Southern Cone region, social topics are rarely prominent in the media. This is partly because editorial rooms and journalism schools perpetuate a tradition that prioritizes sports news before it relates information about important social issues. When reporting on political and economic news, journalists have also generally failed to mention the effect these events may have on society, thus creating a huge information gap. The news media has rarely exploited its capacity to foster civic participation by encouraging its readerships to develop critical views on social topics and economic issues, and thus have failed to examine alternative approaches for addressing such problems.

Since social issues have not been given adequate importance by the mainstream media, the quality of coverage also tends to be lacking. For instance, Argentina’s main media often approach the news with a sensationalist point of view, which often perpetuates already prevalent prejudices. Moreover, journalists often choose topics according to the attention it will generate and not according to its relevance for society. When covering subjects such as child labor, the media have often focused on a tragic event like the death of a child, but have failed to mention the roots causes of this phenomenon or its potential solutions. As a result, the public has remained poorly informed.

This situation is exacerbated by the lack of adequate training for journalists and editors. Journalism schools traditionally have not incorporated social or human rights approaches in their curricula. Furthermore, the advent of other news media such as blogs, the television and the internet is forcing journalists to produce articles at an increasingly fast pace. In fact, the individualistic and competitive cultures so common among journalists have made collaboration extremely difficult and also have put the emphasis on speed rather than quality.

In addition to these obstacles, the news media agenda in the Southern Cone region have often been monopolized by the national capitals’ interests. Argentina’s main newspapers, for example, usually presented Buenos Aires’ situation as being representative of the national reality. Newspapers from the interior of the country, however, have focused on extremely local news and their limited budgets have forced them to rely on articles coming from the capital. As a result, neither the urban centers nor the rural areas are capable of presenting national views on relevant topics. Thus the population at large, as well as governing authorities have often relied on faulty or incomplete information to make important political, economic and social decisions.

In 2003, Alicia created the concept of Social Journalism (Periodismo Social) to help journalists recognize their responsibility to report on social issues and disseminate information on potential solutions to these problems. Social journalism ensures that the social dimensions of political and economic topics are always considered jointly, and promotes the importance of having a diversified range of sources that includes citizen organizations (COs) and social leaders.

In order to realize her vision, Alicia created an organization by the same name to oversee the dissemination of this concept among journalists, editors and media institutions. Periodismo Social assists the news media in deepening their journalistic works through capacity building workshops that are focused on teaching essential skills to analyze social, political and economic themes from a human rights perspective. Alicia is working with 32 universities offering Social Journalism workshops to the next generation of journalists, and nearly 2,000 people have participated in these trainings. As a result of her work, journalists in Argentina are beginning to move away from restricting coverage of social issues to the last section of the newspaper.

Alicia is reinforcing these training initiatives through a national Network of Newspapers she has created: la Red de Diarios. This Network is currently comprised of 14 prestigious periodicals in Argentina that reach more than 2.2 million readers. Committed to the concept of social journalism, the editors and journalists of those newspapers work collaboratively on articles about social themes of national relevance that they choose as a group. Alicia’s success on this front is due in part to an endorsement from the Argentine National Association of Press Editors.

Through bi-annual planning meetings and constant contact, members of the Network determine the issues they will jointly cover over the course of the year. These meetings are also an opportunity for journalists and editors from various parts of the country to have thoughtful exchanges with COs and social leaders. This gives media professionals the opportunity to expand their sources of information and to hear about social issues from those most involved in their resolutions. Throughout this process, COs also learn how to engage with the press in order to expand the impact of their work.

Through her work, Alicia is successfully infusing social issues back into the field of journalism in Argentina and achieving significant results. The most recent collaborative project undertaken by 10 Network newspapers focused on human trafficking, and the resulting articles led government officials in three provinces to contact the authors of those articles and obtain detailed information that resulted in the rescue of three victims of human trafficking schemes. Another series of articles on migrant labor led citizens in Jujuy to organize a roundtable focusing on related discriminatory attitudes and practices and a related series of talks in schools by roundtable participants.

Alicia is now working on Periodismo Social’s next phase. In order to disseminate her methodology more widely, she has published a book on Social Journalism, which has generated considerable interest among journalists in Latin America and Spain. Universities in the United States are also in contact with Alicia to include her curriculum in their journalism schools. In addition, Periodismo Social and two other Argentine COs have developed a “Journalists’ Guide to Furthering Democracy,” and with support from the Ford Foundation, the three COs are working on disseminating this guide widely to universities and editorial rooms by developing a digital version of the manual. In the coming years, Alicia looks forward to increasing the number of members in her Network, expanding her reach to other regions in Latin America, and working with other forms of media, including television and radio.

Alicia’s father was a journalist and as a child, she learned about the media profession from some of Argentina’s best journalists. From the age of ten, Alicia accompanied him to the editing room and participated in discussions about headlines.

After finishing high school, Alicia remained connected to the media, studying graphic design. In 1996, she was appointed art director of a well-known magazine, Editorial Atlántida. A year later, however, she grew increasingly concerned that social issues were receiving insufficient media coverage, and decided to accept the post of Director of the Third Sector Group, Editor of their magazine and of a series of publications focused on COs. While serving in that post, she developed the notion of “social journalism” and was inspired to create her own initiative.

In 2003, Alicia founded Periodismo Social with the aim of changing the field of journalism, bringing a human rights perspective back to the profession, and giving the citizen sector greater visibility in the media. Since then, Periodismo Social was chosen by the ANDI Network (News Agency for Children’s Rights) to replicate its work in Argentina. Alicia also currently serves as a Kellogg Foundation Fellow, an Avina leader and a member of the Inter American Development Bank Ethics Initiative.