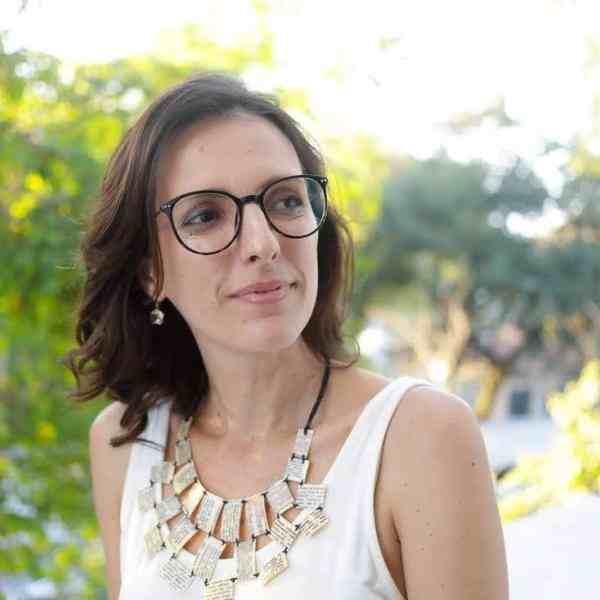 Alice Freitas has created a direct sales catalog to help informal artisans overcome the challenges of large-scale distribution. By equipping a team of well-trained sales agents with an intimate understanding of the personal histories and social impact behind the products, Alice enables consumers to exercise informed decision-making, and provides a direct communication channel between producers and consumers.

Alice is bridging the gap between artisans and consumers, using a direct sales approach to distribution. By engaging artisans, consumers, and the salespeople who connect them to one another, Alice is working to effect change across the entire spectrum of production and consumption. She has built a strong network linking existing artisans’ groups from the poorest areas of Rio and its surrounding areas, providing them with on-going training and information regarding consumer interests, pricing plans, and design techniques. Capitalizing on the growth of socially-conscious consumerism, Alice and her team feature the groups’ products in an elegant catalog, “Asta.” The first direct sales catalog of its kind, Asta combines typical product information with the stories behind the products. Alice is building an ever-growing cohort of well-trained sales agents to distribute the catalog, equipping them with in-depth knowledge of the myriad social issues that relate to each product, as well as the products’ immediate social impact. Apart from improving artisans’ access to market information and distribution channels, Alice enables informed decision-making, and in the process, aims to ultimately change consumer behavior. By avoiding the high overhead costs associated with high-end fair trade stores, Alice is able to turn an unusually high percentage of the sales directly over to the producers, providing them with a valuable source of income-generation and an improved degree of confidence and autonomy. Having launched the first catalog in 2007, the Asta Network now brings in yearly sales that total around Brazilian R$250,000 (roughly US$111,000 at the current exchange rate), providing its participant groups with a consistent income stream that well exceeds what they could earn otherwise.

According to the Labor Ministry, an estimated 50 percent of all workers in Brazil participate in the informal economy. Despite such staggering statistics, however, gaps in the distribution chain make it difficult for informal producers to reach their intended market. Indeed, even skilled artisans find it difficult to scale, thanks to the considerable upfront costs required to open a store or start a business. Poor artisans—especially women—have no access to bank loans or the necessary financial resources required to expand their production and distribution. Moreover, fair trade stores are rare in Brazil and throughout Latin America, and the few that do exist are high-end, catering only to a limited market of producers and consumers, while taking a disproportionate share of the profits.

As a result of this disconnect, informal artisans have little access to valuable market information, be it related to consumer interests, pricing, or the like. The poorest among them—most of them women—are left with few avenues through which to sell their goods.

Meanwhile, despite a rise in “conscious consumerism,” there exist few channels through which consumers can satisfy their growing demands for socially conscious products. To date, there has been little attempt to capture the social value inherent in the handicrafts of formerly marginalized workers.

Alice’s success rests on her ability to build an active and engaged network of producers, salespeople and consumers. To that end, she begins at the base of the distribution chain, developing a committed and well-trained network of producers for whom she provides market information and heightened access to consumers. She works only with pre-existing artisans’ groups of at least four people. The groups are drawn from low-income communities and must produce marketable items. The largely female artisans gather regularly for discussion forums and business training.

She then works to develop a cohort of sales agents, whom she trains to communicate messages that relate both to the products featured in the catalog and the people behind them. Beyond enhancing producers’ access to the market, the sales agents—called “councilors”—play a significant role in consumer awareness building. They learn the stories behind each product, enabling them to sell both the history and social impact alongside the products themselves. Moreover, Alice aims to directly convey the social impact of each purchase. She identifies precisely how much of the sales price returns to the producers’ hands, enabling Asta to enjoy an unusual degree of credibility in its claims to social responsibility.

The councilors also receive information on a host of social and environmental issues that relate directly to the products being sold, including water conservation, recycling, environmental responsibility, and learn to emphasize the role that consumer choices can play in addressing each concern. Rather than rely on a door-to-door approach, the councilors sell the catalog primarily within their own social and professional circles, enabling them to focus on relationship building with each client, and in so doing, play a stronger role in changing consumer behavior.

What is more—unlike street fairs and fair trade stores, in which producers have little direct connection to those buying their products—the direct sales approach inherently fosters a strong feedback loop between producers and consumers. Taking advantage of the sales agents’ direct and often in-depth exchanges with consumers, Alice formed a Management Council, consisting of women from the artisans groups, Asta staff, and two councilors elected on the basis of their sales and participation records. The committee meets every three months, discussing what sells and what does not and why, and is responsible for all major decision-making. Apart from improving product development, hearing consumers’ direct feedback provides producers with a renewed sense of value in their work. Equipped with greater confidence, the women often choose to re-enter school and exercise more autonomy in their daily lives.

The catalog likewise includes the stories behind the products, interspersed with photos of each product and elegant design features intended to maximize appeal. The team includes a fashion consultant and a marketing expert, enabling Asta to stay up to date on the latest sales trends and market interests. In addition to their work with the management committee, Alice and the staff relay this information directly to the producers through a Producer Training Program, providing the artisans with additional training on design and aesthetic development. Having found that people often want to see the products before they purchase them, Alice has created kits that the salespersons can easily distribute, and is now launching showrooms throughout Rio.

With the help of an initial grant from AVINA, Alice developed a carefully orchestrated business plan and growth model. First, she went about devising a profit allocation structure that would maximize the catalog’s social impact and provide ample incentives to both the councilors and the producers. Under the current scheme, 50 percent of all sales return to the producers, with 22 percent going to the councilors and the remaining 28 percent going to Asta to cover costs. In less than two years, Asta’s sales have risen nearly 10-fold, providing each group of women with an average of R$3,400 (US$1,500) each month. Alice expects to reach financial sustainability by January 2011, and continually adapts and refines her business plan to respond to challenges or unforeseen market demands.

Alice has cultivated a range of business and marketing partnerships, with groups including Banco Real, the Inter-American Foundation, and a research enterprise involved in conscious consumerism. She is also working to systemize decision-making at every level within the organization, and has established a national committee to oversee Asta. She aims to build her cohort to 400 councilors in the coming years, with plans to eventually sell throughout Brazil and other countries in Latin America. To this end, Alice is first strengthening Asta’s operation within Rio and has developed a flexible franchising model that will enable her to expand elsewhere, and adapt to the needs of each new context.

Alice grew up near Rio de Janeiro. While she has long been committed to social causes, it was not until 2002, while struggling with her parents’ difficult divorce, that she realized she needed something more meaningful in her life. Alice embarked on a trip across Asia, where she studied small-scale businesses in Vietnam, Bangladesh, and Thailand. She experimented with a business venture, in which she mapped successful initiatives focusing on income-generation and education and attempted to sell the information to interested citizen organizations.

Upon her return, Alice worked with Ashoka Fellow José Júnior and his organization, AfroReggae, where she engaged in fundraising and helped youth develop products for the market. This experience confirmed her growing belief that income generation and its corresponding distribution challenges constituted the single biggest obstacles faced by the poor.

In 2003, Alice and a friend created a production group near her hometown, training women involved in a garbage collection cooperative to make recycled handicrafts. The group produced three items, which they then took to a handicraft fair in 2005. She began by marketing the products through corporate gift giving, but found after two months of zero sales, that demand in this arena was limited by season. To achieve improved consistency, she began to explore the direct sales approach. After advertising the councilor position in local newspapers, Alice turned to AVINA to refine her business plan. She received an initial grant of R$180,000 (US$80,000) to build a stockroom and structure for the organization, and soon hired a consultant to assist with the market and direct sales plan. She has since worked tirelessly to refine the model to better meet the needs of the producers, sales agents, and consumers.