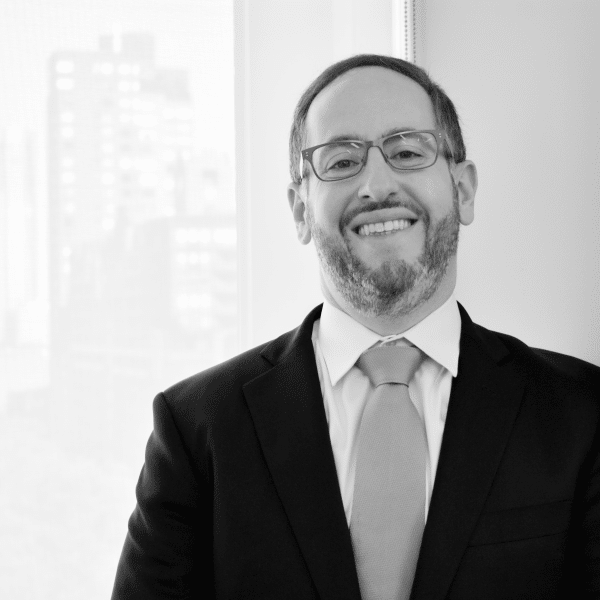 Albert Cahn is the Founder of Surveillance Technology Oversight Project, or S.T.OP., a community-led response to the new wave of tech-enabled surveillance that is being deployed against marginalized communities in New York and beyond. S.T.O.P is building better oversight of rights-infringing technologies via litigation, legislation, and community education and mobilization.

Albert Cahn is the Founder of Surveillance Technology Oversight Project, or S.T.OP., a community-led response to the new wave of tech-enabled surveillance that is being deployed against marginalized communities in New York and beyond. S.T.O.P is building better oversight of rights-infringing technologies via litigation, legislation, and community education and mobilization.

Albert Cahn is building a community-led response to the new wave of tech-enabled surveillance that is being deployed against marginalized communities in New York and beyond.

Before recent advances in technology including artificial intelligence, facial recognition, and the collection of large volumes of information by cell phone apps and Google, it was prohibitively expensive and time-consuming to surveil people in most cases. Surveillance was also primarily managed (and legislated) at the federal level. Now it is easy for any local police department and other agencies to collect and analyze information like cell phone usage data, often without necessitating a judge’s order, as privacy laws have lagged well behind technological capacity. By instating civilian oversight on surveillance technology and its use, updating the laws to reflect updates in technology, and educating surveilled communities in how to operate in safer and more privacy protective ways, Albert and S.T.O.P. are meaningfully restoring the right to privacy in marginalized communities across the US.

Without specialized technical knowledge, it can be difficult for grassroots organizations protecting marginalized communities to adequately mobilize to protect privacy in the 21st century, which can put their community members at risk. Albert’s organization, Surveillance Technology Oversight Project or S.T.O.P., has been the first to step into this space and bring a coordinated set of tools to address this problem. He and his team focus on promoting legislation, pursuing litigation, and working in collaboration with organizations that support targeted communities, providing privacy education and technical support. Through this organizing work, he will limit which surveillance tactics are available and impose community oversight over police, ICE, and other government organizations who participate in surveillance of any kind. He is working to make New York one of the most privacy-protective jurisdictions in the world and a model for other communities, which will in turn move the federal conversation on surveillance forward.

For generations, the biggest barrier to surveillance in the United States was not the Fourth Amendment, which protects Americans from “unreasonable search and seizure” and establishes some limits on how police and government agencies are able to obtain warrants to conduct searches when necessary. The biggest barrier was not written in the law or enshrined in our values, rather, it was simple economics. Analog surveillance was prohibitively expensive, often requiring multiple people working long hours to closely track one individual for any length of time, and thus was limited in its use.

Now, digital tools like facial recognition, license plate readers, and artificial intelligence, as well as the vast amounts of data collected by tools we use every day like Google, Uber/Lyft and social media, make it incredibly easy to surveil large numbers of people more closely than ever before. The Fourth Amendment, written in the eighteenth century, establishes the right to privacy in our houses, papers, and effects, but much of our most valuable data is not covered by these privacy laws. Data on our whereabouts and communications is collected in large volumes by corporations and other third parties and can often be requested from those entities by law enforcement without a judge’s authorization.

The privacy debate has continued at the federal level for many years, but only relatively recently have local jurisdictions had access to high-level surveillance technology, designed for military operations, which they deploy on their communities with little training and no public oversight. Local activist organizations for targeted groups, including Muslim communities, immigrant communities, and communities of color, often do not have the technology knowledge and resources to focus specifically on combating this type of surveillance and educating their communities on how to keep themselves and each other safe. Albert saw, then, that a purpose-built organization focusing on privacy protection on the local level was vitally necessary to safeguard local communities, push forward the conversation on privacy, and serve as a model for other local communities as well as the national and international privacy debate.

Albert is a master organizer who brings together impacted communities to combat surveillance and protect themselves and each other. He has also brought in, in the first year of operations alone, more than a million dollars of pro bono legal services and support for these communities and his work. Using tools like litigation and legislation advocacy, as well as privacy education, he mobilizes lawyers and communities to reshape first New York and then other localities into privacy protective jurisdictions that respect the rights of marginalized individuals to be free from surveillance and uphold the protections of a free society.

In terms of legislation, S.T.O.P has already made significant inroads, supporting new laws and policies at both the state and local level. Their flagship piece of legislation, the POST Act, implements citizen oversight of spy technology purchased by the NYPD. Previously, surveillance technology could be purchased using federal money or donations and therefore did not need to be overseen by local government or communities. This gave the NYPD access to technology like stingrays, which are fake cell towers that can be used to track people’s phones. They used this technology to track large numbers of New Yorkers, collecting data which they were free to share with the federal government, despite New York being officially a “sanctuary city” for undocumented immigrants. As a result of this bill, which was signed in early July, the NYPD is now required to publish a use policy, detailing what all spy technology does, in what circumstances it can be used and whether and how the information collected is being shared with federal agencies like ICE. This information is available for public comment, a good first step towards targeting the most far-reaching pieces of technology, like stingrays, which target all the phones in a wide area, for example. . S.T.O.P. has also been involved in litigation, including a lawsuit protecting Muslim women who wear hijabs or religious head coverings from being mandated to remove them for facial recognition purposes.

Albert works with a diverse coalition of communities negatively impacted by surveillance, including the Muslim community, immigrant communities, Black and Latinx communities, who are more commonly targeted for the NYPD’s gang database, as well as sex workers, and domestic abuse survivors, who are at risk to be surveilled by their abusers. His team conducts numerous culturally competent trainings on how to protect oneself and one’s community from spy technology. He is able to provide this support to grassroots organizations who would otherwise not have the subject-specific know-how to protect their communities in this way. He is then able to marshal these communities to work in coalition with S.T.O.P. on policy and advocacy wins, playing the key roles of expert and convener in the advocacy ecosystem. This model gives communities two ways to dramatically increase their privacy literacy and enforce and advocate for the privacy rights that have previously been infringed upon.

S.T.O.P. had a first-year operating budget of $100,000 in 2019, but this budget is growing rapidly for 2020. In June alone they brought in $275,000 of commitments from the Open Society Foundation and Brooklyn Community Foundation. His work has pivoted in this COVID moment to include education and advocacy on how contact tracing apps work, how the information collected by them could be used to harm vulnerable communities or prevent people who need care from seeking it, and what kind of precedent for mass collection of personal data is being set in this moment.

Albert has been a community organizer and a self-described “computer tinkerer,” from a young age. His trajectory was reshaped after 9/11 when he saw hundreds of Muslim men disappearing in immigration raids, which cemented his lifelong commitment to interfaith activism. This moment also saw his two passions, activism and technology, converge as the political discourse turned to the USA PATRIOT Act and surveillance technology gave terrifying new force to age-old prejudices.

After Harvard Law School and two years in corporate law, Albert became the first staff attorney and (at the time) the only full-time employee at CAIR-NY, the New York chapter of America’s premier Muslim civil rights organization, representing clients who had wrongfully been declared national security threats. He found that warrantless surveillance was the greatest threat to this community’s liberty and civil rights, as it allowed large numbers of people to be extensively monitored with little respect for or acknowledgement of the legal right to privacy. S.T.O.P was founded.to combat this specific threat. In January 2019, he left CAIR-NY, recruited a board, and incorporated. In March 2019 he found office space and a fiscal sponsor at the Urban Justice Center. In the brief interim since, S.T.O.P has already become an internationally recognized force for privacy and civil rights. 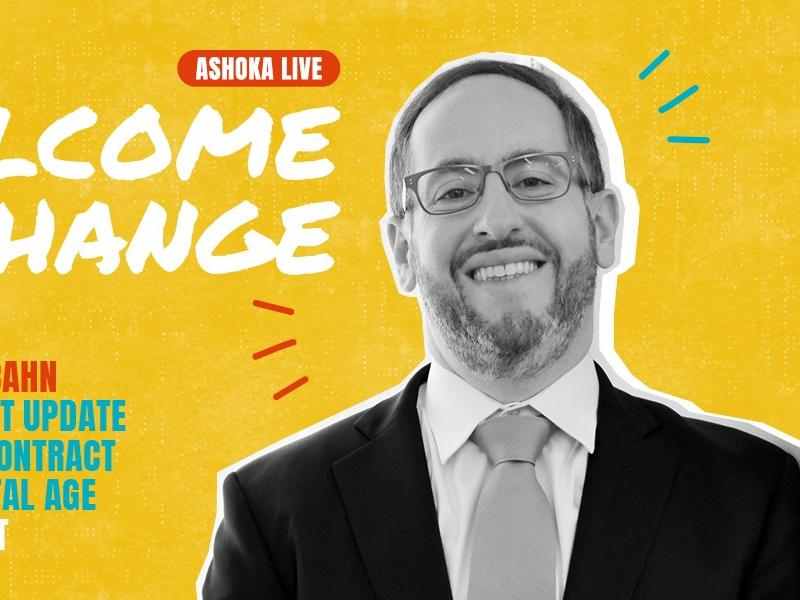