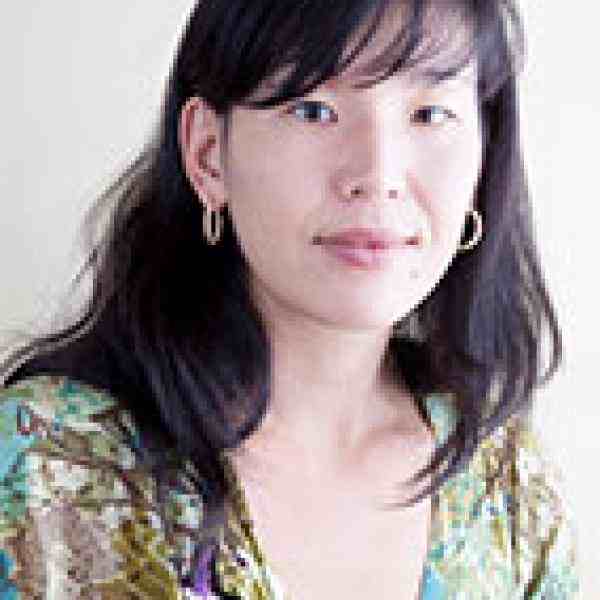 Check out this video of Ai-Jen's work:

Ai-jen Poo is building a new movement for one of the most excluded sectors of the American service industry, domestic care workers, that aligns them with the needs and demands of today’s economy while preserving and promoting dignity in their relationships.

Ai-jen has identified the emerging prominence and significance of a care economy. The care economy is a unique part of the larger economy because it operates in Americans’ homes and involves intimate, care-based relationships between employer and employee. Through her work with the National Domestic Workers Alliance and its new arm Caring Across Generations, Ai-jen is making this ubiquitous but invisible workforce both visible and valued. Ai-jen is creating a vibrant and innovative 21st century labor movement for care workers that understands the realities of today’s historical, economic, and demographic contexts, that allies employers and employees together, and that creates dignified jobs while caring for Americans young and old.

Ai-jen is innovating on several fronts. First, she is organizing and gaining labor protections for one of the largest remaining excluded groups of workers in our economy. Second, she is leveraging the “care crisis” emerging as America ages to connect those workers with high-quality home care jobs with America’s elderly and disabled with high-quality home care. Third, she is changing hearts and minds about this demographic and the work that they do, creating unlikely allies in a distinctly new kind of labor movement.

In America, three million people are domestic workers. They have been considered a workforce impossible to organize since they are, by in large, an invisible and disaggregated workforce—their workplaces are private homes and apartments across the nation. At the same time, they are essential to America’s economy. They have been called the workers who make all other work possible because they take care of essential domestic caretaking, allowing their employers the freedom to work themselves—as teachers, lawyers, entrepreneurs, doctors, etc.—and push the formal economy forward. These domestic workers are the house cleaners who take care of others’ homes and the nannies who take care of others’ children. More and more, they are also the homecare attendants who care for America’s growing aging population.

Despite domestic workers’ essential and intimate role in the lives of many Americans, this demographic of workers has traditionally been at best undervalued and at worst categorically abused. Excluded from the National Labor Relations Act of the 1930s and from the Fair Labor Standards Act, domestic workers lack the basic labor protections and employment standards guaranteed to most workers in this country. Due to the isolated nature of their work, they have traditionally been unable to collectively bargain for better conditions as other types of laborers—factory workers, for instance—have. Furthermore, there is a stigma associated with this type of work, which to this day is performed predominantly by society’s most vulnerable populations, in particular women and undocumented immigrants.

At the same time, America is on the verge of an enormous demographic shift in which domestic workers will play a role. Today, about 13 percent of America’s population is over age 65, and around 10 million Americans are in need of long-term care services, whether due to age or disability. By the year 2035, it is expected that one in five Americans—20 percent of the country—will be over the age of 65. The current model of caring for the elderly and disabled is based on institutions: nursing homes and assisted-living facilities. This resource intensive system is an expensive one. But in the alternative model—home-based care—there is a huge and growing gap between the number of trained home caregivers and the number of people who need long-term, in-home care services. Nor are the incentives in place to promote home-based care for the elderly and disabled: Medicare does not support home care workers and Medicaid pushes people into institutions.

Ai-jen is organizing and elevating domestic workers—a traditionally undervalued and un-organizable workforce—first and foremost by redefining their work in the context of today’s historical and economic context. By recognizing and articulating that domestic workers are care workers in a care economy that is fundamental to a functioning overarching economy, Ai-jen is transforming what was formerly considered a service position into an intimate role at the core of taking care of families and society.

In this way, Ai-jen has successfully inverted the adversarial relationship between employee and employer that is characteristic of traditional labor movements. Indeed, love and not antagonism is the organizing principle behind Ai-jen’s National Domestic Workers Alliance, an umbrella organization for 35 local unions of domestic workers across the country. NDWA’s national association of domestic worker employers, called Hand in Hand, leverages the intimate relationships domestic workers often have with their employers to organize employers themselves to rally on behalf of their employees.

One of the most prominent successes of Ai-jen’s work to date was the successful passage of the Domestic Workers’ Bill of Rights in New York, which moved forward in large part because of a mass mobilization not only of nannies but also of the children they cared for and the parents of those children—the employers. The groundbreaking organizing model led to a groundbreaking state bill that ensures that domestic workers are included in all major labor laws protecting other workers, securing minimum wage and paid sick days among other basic labor protections in New York State. It also gave energy to a movement that spans all fifty states—a similar bill for California moved through the Senate.

Ai-jen’s strategy has reached an inflection point with Caring Across Generations, a campaign for quality home-based care and quality caretaking jobs. By marrying the needs of the domestic workforce with an incontrovertible societal need, Ai-jen is converting all of America into stakeholders in the care economy. The demographic shift in this country is something that will touch everyone, both in their homes and in their pockets. It is one that affects older generations and younger generations alike. And it is an issue that policymakers will grapple with as caring for the growing number of elderly and disabled becomes more and more expensive for the government. Baby Boomers aging in the current model of care represents what Ai-jen calls an impending “crisis of care.”

But for Ai-jen, the potential crisis of care represents an opportunity to activate all of these groups in order to transform the way America cares for its elderly and disabled while creating high quality, dignified and valued jobs for a historically vulnerable and undervalued workforce. And with the promise of creating two million much-needed home care jobs, Caring Across Generations is leveraging another historically and politically pressing issue of job creation to garner widespread support for their labor campaign.

Key to garnering widespread support is ensuring that long-term, equitable, home-based care can remain affordable for recipients. Ai-jen is investigating a number of creative financing methods for home-based care, such as adding long-term care as a benefit under Medicare or including this type of care in private market insurance.

Ai-jen recognizes that passing legislation of any kind at any level—local, state, national—is an arduous and uncertain process and that the policy shifts that Caring Across Generations seeks may be slow moving. So Ai-jen is using the campaign’s policy pillars as a rallying point for a national movement that is locally based in Care Councils across the country. These councils are representative of Ai-jen’s broadly inclusive approach to coalition building, which is predicated on the belief that there is no such thing as an unlikely ally. Care Councils are intergenerational, cross-sectoral, and multi-ethnic—comprised of older adults, people with disabilities, women’s groups, worker unions, faith-based groups, and immigrant rights groups.

Ai-jen is also building a number mechanisms and tools on the ground to enable a vibrant care economy to thrive right now. Caring Across Generations is connecting the supply of trained domestic workers with growing demand. Ai-jen and her team are designing a platform called FairTradeCare.com which will be a registry of both well-paying, dignified care jobs as well as the trained care workers who qualify for the positions.

Indeed, training and certifying domestic workers in the skills needed to be effective home care workers is also central to formalizing the care economy and to Caring Across Generations’ strategy. CAG seeks to create national training standards for home care workers—standards that would include everything from basic medical training to dealing with dementia, and importantly, managing the relationships with families whose loved ones may be sick or dying. Not only does Ai-jen understand that training and certification ensures high-quality care for recipients; she also sees training and certification as a means of forging a pathway to citizenship for the many care workers who are undocumented immigrants. Ai-jen seeks a radically innovative shift for undocumented home care workers, one that could have implications for other workers in informal economies: workers will qualify for temporary legal status and eventually legal permanent residence based on their qualifying employment and completion of requisite job training.

Ai-jen is also using communications strategies to raise awareness of the central role of domestic workers in our lives and to build grassroots, cross-sectoral political support for policy change. Storytelling is a central element. Caring Across Generations uses “care stories” to demonstrate the many forms of caregiving and to illustrate the intimate relationships at the core of care. These stories are meant to shift hearts and minds right now to help build the coalition that will help move policy change forward in the future.

The daughter of Taiwanese immigrants for whom social justice was a core value, Ai-jen began her career in domestic labor shortly after college, organizing domestic workers in the Asian immigrant community in New York City. A Women’s Studies major, Ai-jen was also drawn to domestic labor because of its traditional place as “women’s work” and because of the predominance and plight of women in the line of work.

A turning point came for Ai-jen when she heard what she soon learned was an all-too common story—a Jamaican domestic worker who had been a nanny for a wealthy New York family for a decade and a half without a single paycheck. It struck Ai-jen as modern day slavery, and she felt compelled to start building an industry-wide organizing model that would unite domestic workers of all backgrounds. She soon helped to found the Domestic Workers Union in New York.

Ai-jen was behind the first convening of national domestic workers’ organizations in 2007—a meeting that spawned the formation of the umbrella organization the National Domestic Workers Alliance of which Ai-jen is today the director. It was in her role at the helm of this nationwide coalition that Ai-jen first saw a growing trend of domestic workers requesting training in home-based care skills for the elderly and disabled. Ai-jen did not ignore the pattern. Rather, she seized it as an opportunity to raise the profile of the domestic workers whom she realized could be the solution to America’s impending “crisis of care.” In 2011 she launched Caring Across Generations as the vehicle for achieving those goals. For her work, she has been recognized with fellowships and awards, including a spot on Time Magazine’s list of “The 100 Most Influential People in the World.”