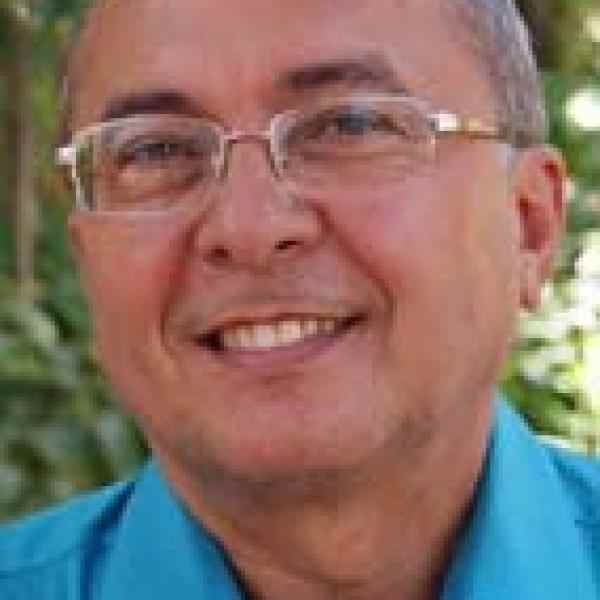 Public health policies are still largely based on the assumption that health professionals are the primary resource to tap into to treat diseases. Yet, many diseases in developing countries are a consequence of marginalization and poverty. In order to address the root causes of suffering, Adalberto Barreto has created Community Therapy. Through this methodology, now used all over Brazil, he has proved that most people who suffer from emotional and psychological troubles in favelas can be treated by the community itself, thus significantly reducing the need for medical treatment. More than three million people have participated in his sessions, and 88 percent of them have successfully overcome their problems through community therapy. Adalberto aims to develop community health indicators that will increase adherence to his model and is now looking to disseminate his methodology throughout Latin America and Africa.

Public health policies are still largely predicated on the assumption that health professionals are the primary vehicles for treating disease despite the fact that many, if not most, diseases in developing countries are a consequence of social vulnerability and poverty. In order to address the root causes of the issues individuals face, Adalberto created Community Therapy to provide community care based in social and academic knowledge. In partnership with communities, Adalberto built the methodology of Community Therapy first in the favela of Fortaleza. The program consisted of a wide range of components, including collective therapy circles, “live pharmacies,” and curing houses with complementary treatments. Throughout the process, he has received the recognition and technical support of the Federal University of Ceará and has placed his efforts in line with public health policies. To properly disseminate this new approach of social treatment of disease as well as quality control, Adalberto patented his methodology and created the Brazilian Association of Community Therapy. Through the Association, he has created 36 therapist teaching units throughout Brazil, which have trained almost 12,000 people in the methodology. Adalberto has been recognized by the national Ministry of Health who signed a partnership to train 1,100 health professionals in Community Therapy. Ultimately, he hopes to take Community Therapy to other countries in Latin America, as well as Africa that also have great reservoirs of cultural and traditional richness, and yet face problems of extreme social vulnerability.

In 1940, 70 percent of the Brazilian population lived in the countryside, while today, 82 percent of Brazilians live in urban areas. This rapid and intense urban migration has led to the fragmentation of social networks and dragged many into almost permanent poverty. Rapid urbanization also resulted in new values and habits that deny traditional knowledge, making it difficult to rebuild the powerful social networks that existed pre-urbanization.

Social vulnerability and the low self-esteem that resulted form this shift led to great suffering among Brazilians, ranging from emotional to physical maladies. The World Health Organization today affirms that stress negatively influences health in ways that are exacerbated when individuals lack social support networks. In accordance with the urbanization and modernization process, the Government and academic sectors focused on the effects of these maladies rather than preventing their causes. This approach, with its attendant emphases on academic knowledge, high use of medical drugs, and medical specialization, naturally came with a very high cost.

In 1994, the Brazilian Government implemented the Family Health Program (PSF) to reorient the model of social assistance by creating multi-professional teams operating in primary health units. PSF is currently widespread in Brazil and their teams are responsible for following-up with a prescribed number of families regarding health promotion, prevention, recovery and rehabilitation, particularly of the more common diseases. However, despite the positive efforts of PSF health workers, there is still a lack of preparation to deal with the stress that often causes and aggravates disease.

In addition, the health unit functions as an external element to the community where it operates. As such, the PSF model of treatment does not adequately value or recognize the knowledge of traditional healers such as rezadeiras (worshipers), curandeiras (natural healers), raizeiros (root doctors), pajés (indigenous shamans), mães de santo (afro-Brazilian religious women), and other individuals without formal scientific or academic backgrounds.

After returning from his studies in medicine and anthropology in France twenty years ago, Adalberto began volunteering in a favela in Fortaleza, where he saw that most people who sought treatment suffered from emotional problems that medication alone could not resolve. After deciding that he did not want to practice psychiatry in a hospital, where diseases are diagnosed and drugs are prescribed, Adalberto pursued his desire to promote public health by combining science with popular knowledge based in local cultural traditions. After carrying out research showing that local curandeiros who use herbs and other traditional cultural remedies have a positive impact on community health, he developed the Community Therapy model to remove barriers to obtaining academic recognition and governmental support.

One of the principles behind Community Therapy is the creation of spaces in which people can express their emotions and feelings without risk of being judged. In these spaces, which can range from a collective therapy circle or a herb bath, the life histories of participants are valued, the perception of the problems are broadened and solutions based on local competences are brought up, strengthening self-esteem.

The Four Sticks Project in Fortaleza is epicenter of the Community Therapy model and the reference project for other spaces where Community Therapy is implemented. Here, Adalberto started by creating several different components: The community therapy circle, the “live pharmacy,” art education spaces for children, a cure house, and a house of memories. In community therapy sessions, people share their experiences in groups of 30 to 40, learn from each other and gradually deal with problems in their families and neighborhoods, including alcoholism, family violence, depression, and insomnia. By relying on each other rather than outside experts, they gradually recover their own self worth.

Another important element is the Relaxation and Cure House, which receives people sent by the PSF. The House helps people with stress, insomnia, and depression that need individualized and complementary care with therapeutic massages, herbs baths and other popular treatments. The Live Pharmacy—a project developed with the University of Ceara—provides curative herbs which have been carefully selected and cultivated. The community participates not only by sharing traditional knowledge, but also by bringing empty bottles and glasses for processing and selling. This resource was the project’s main source of income for many years.

Adalberto developed the Four Sticks Project by relying on resources from the community itself, academic support from the Federal university of Ceara, and public health initiatives formulated by City Hall. This combination of local sustainability, scientific support and interaction with public initiatives is an integral part of all Community Therapy programs.

Through this project, Adalberto has transformed a problem into an opportunity. In research conducted in 10,000 community therapy circles and 100,000 consultations, 88 percent of attendees had experienced improvement through community therapy and its support system. Based on these research findings and the success of more than 600,000 therapeutic sessions, Adalberto managed to get community therapy approved as a national public health policy, where he will train 1,100 government public health and social assistance employees.

In addition to the trainings in Brazil, two French cities have already adopted the methodology. According to Adalberto, Europe does not suffer from economic poverty, but rather from “existential problems,” lacking effective group intervention techniques to create bonds and overcome intolerance. Despite the high potential for spread in Europe, Adalberto dreams of disseminating his methodology throughout Latin America and Africa. He has already received invitations from Mexico and two African countries, and in conjunction with those plans, he seeks to develop community health indicators to deepen the scientific approach and societal recognition of community therapy.

Adalberto was born and raised in Northeast Brazil, where he was first exposed to curandeiros or healers: a group of men and women who devoted their lives to caring for the poor and sick. Each one had a different way of fighting disease and suffering: the rezadeiras, or worshipers, used sacred prayers; the raizeiros, or root doctors, used roots and tree barks as medicines; umbandistas used musical rituals, dances and chants. His experience with these healers is what led Adalberto to become a priest.

After finishing his religious education, Adalberto pursued a medical career, and after returning to Brazil following a 12-year period abroad, he conducted research that showed the important role of curandeiros in the local health system. To fight the region’s high mortality rates, for example, Adalberto was certain that he needed to develop a program to introduce curandeiros into the medical circuit. As a result, he joined the Federal Medicine Faculty as a professor in 1983 and created a whole new discipline called Health Anthropology, in which was taught in the favela and sought to unite the two worlds of science and culture.

Having experienced the world of popular knowledge and beliefs and having acquired the necessary technical and scientific knowledge, Adalberto managed to break with the prejudice existing in both worlds. Here, his strong academic credentials—a Doctorate in Psychiatry from University of Paris in 1982 and a PhD in Anthropology from University in Lyon served him well by giving him the legitimacy to work on revealing the importance of parteiras (traditional female obstetricians), the value of raizeiros and rezadeiras, the cultural treatment of death, marital conflicts and neighborhood disputes.

Despite more than twenty years of intense dedication towards developing and disseminating Community Therapy with little financial support outside the communities, Adalberto insists that all this work is a consequence of collective effort and not from the mind of a single individual. For him, the secret of success is still the valuing of local cultural resources, being open to the unexpected, creativity, community participation and the belief in the abilities of the individual, the family and the community.