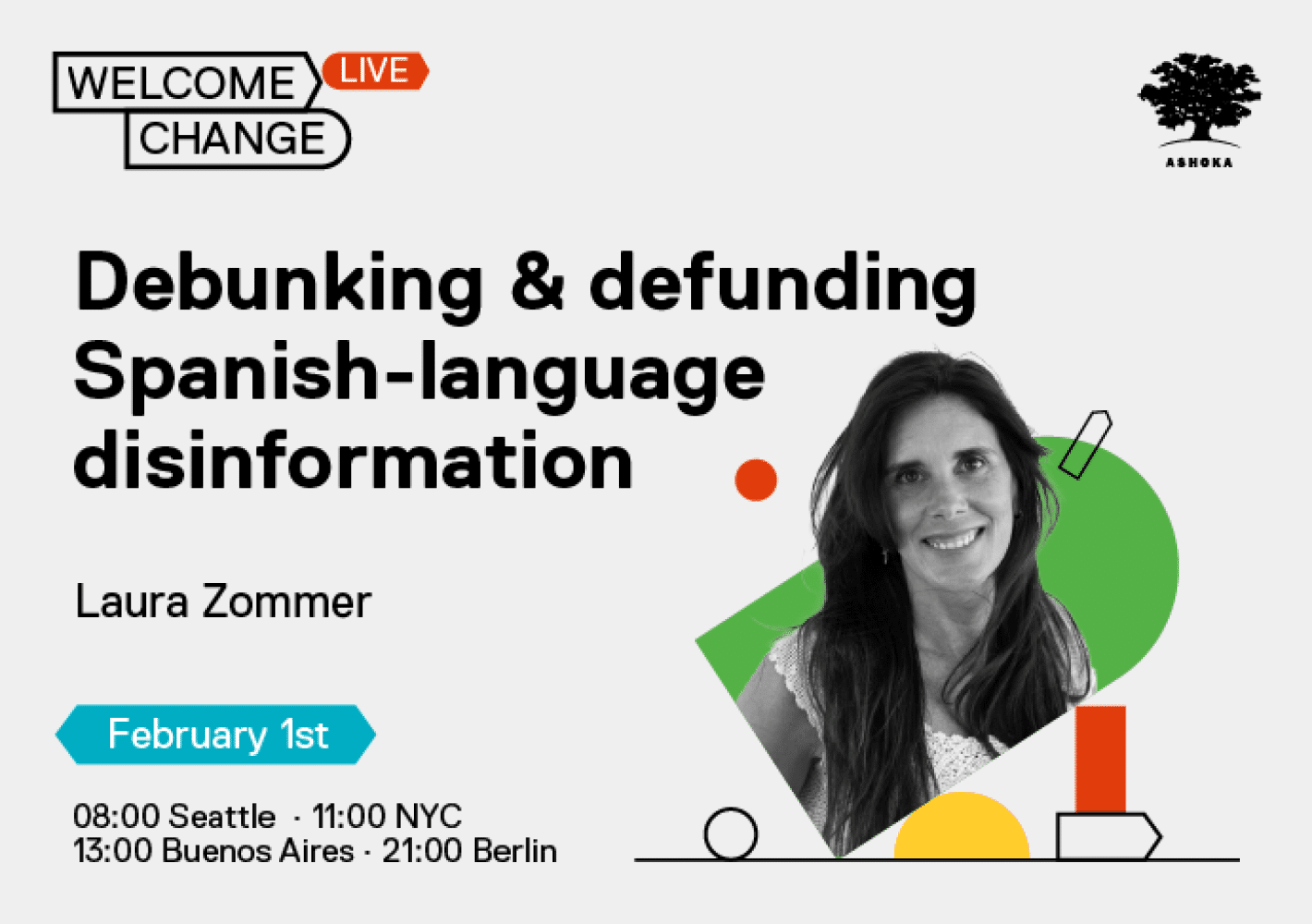 Ashoka Live
Register here!
This Event has passed. You can learn about other upcoming Ashoka events on the Event page.
Discover More Events

Ashoka Fellow Laura Zommer is a fact-checking pioneer from Argentina who founded Chequeado and LatAmChequea to combat Spanish-language disinformation across 17 Latin American countries. While several of the large platforms, from Meta to Google and Twitter, make efforts to combat misinformation in English, their investments in other languages, including Spanish, is dismal in comparison. With 60 million Latinos living in the U.S. and no significant Spanish-language fact-checking efforts operating in the U.S., Laura paired up with Spanish Ashoka Fellow, Clara Jimenez Cruz of Maldita.es to fill that gap and address the rising societal costs of rampant misinformation. Join us on February 1 to hear from Laura about how their new U.S. outfit FactChequeado is debunking and defunding Spanish-language disinformation.