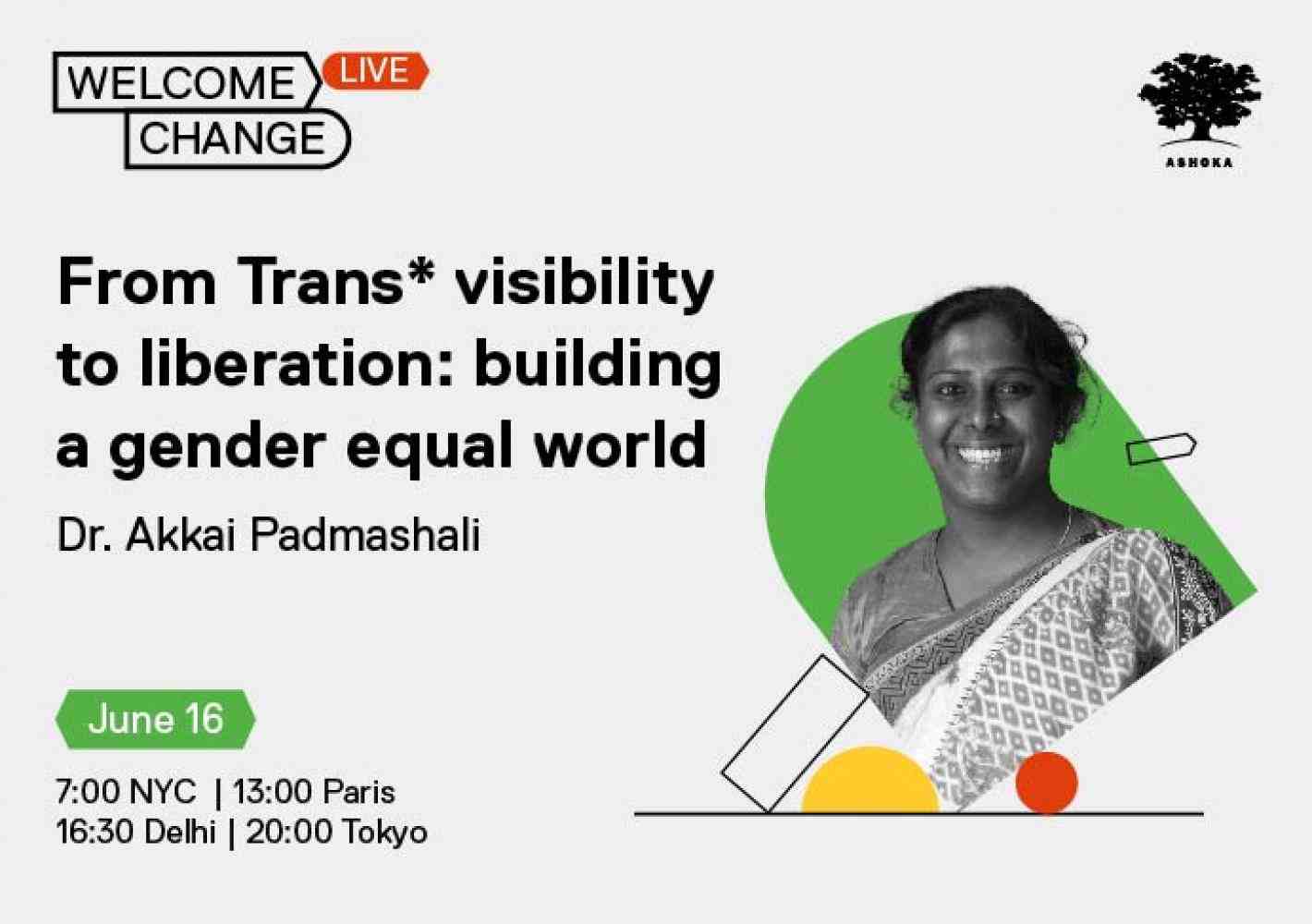 Recent years have seen far more visibility for Trans* people in media & politics in many parts of the world. But as we know from changemakers working in this area, visibility has yet to translate into liberation & full citizenship. While some countries are beginning to recognize the right to gender self-determination, many continue to pass discriminatory laws - from “bathroom bills” in parts of the U.S. to the Transgender Persons Bill in India.

On June 16, we’ll speak with Dr. Akkai Padmashali, live from Bangalore, about her approach to building a world that works for all of us. Elected as an Ashoka Fellow for co-founding Ondede, she has been trailblazing new paths for India’s “sexual minorities” to lead change and build political power, in coalition with allied movements, such as those advancing the rights of children and women.

The conversation will run about 30 minutes. Bring your questions!

The * in Trans* indicates the inclusion of other gender identities such as gender-fluid, agender, etc. alongside transgender and transsexual.

What is Welcome Change? Meet the world's best social entrepreneurs and get an insider look at what works now, and what's next. Timely topics, all geographies, every Wednesday (alternative time zones).