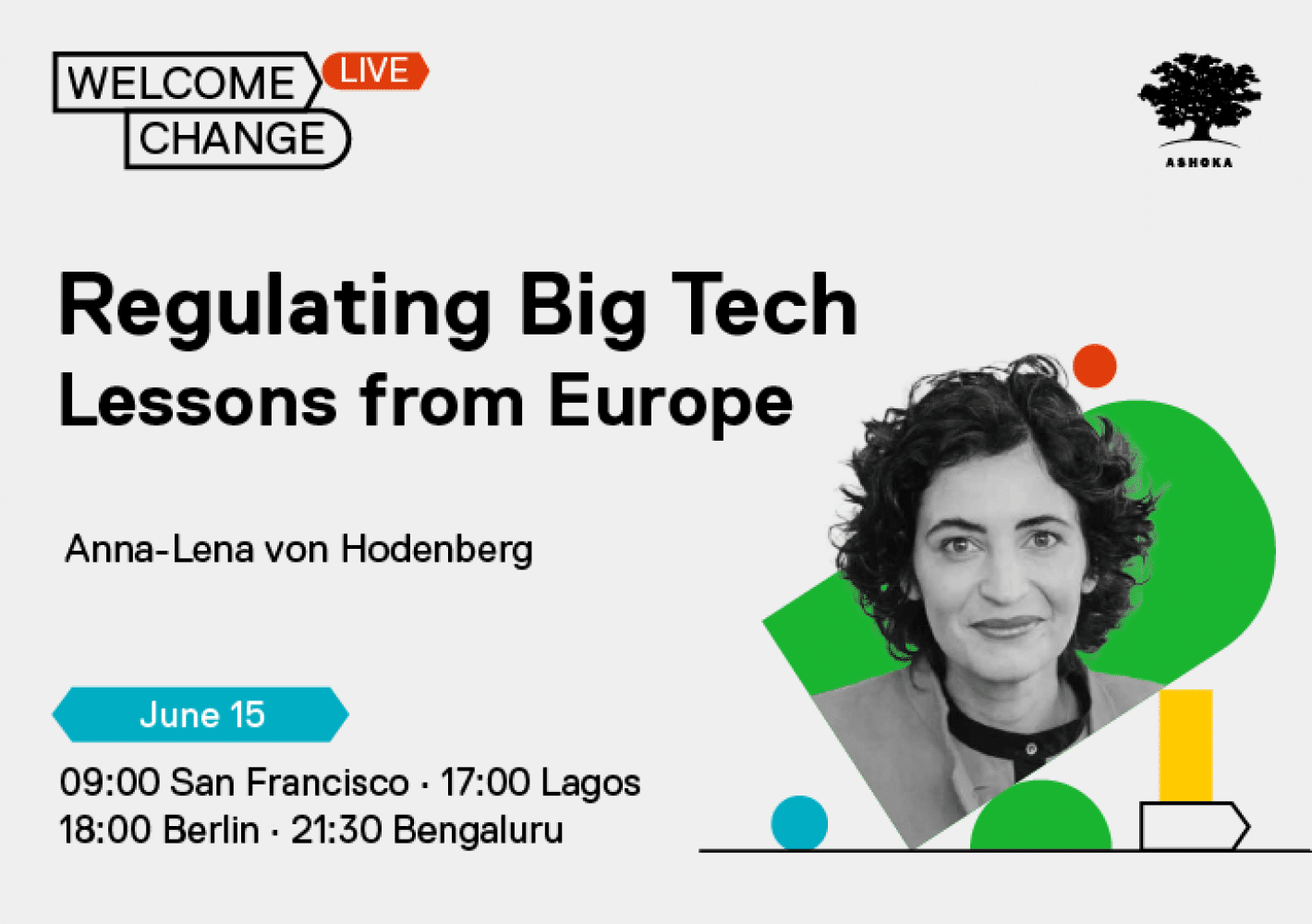 In the last few weeks, the European Union passed two of the most significant pieces of legislation aiming to regulate Big Tech companies and their impact on online polarization. Meanwhile, Ashoka Fellow Anna-Lena von Hodenberg - founder of HateAid - had a precedent-setting win of her own: a German court ruled that Facebook is accountable for removing hate speech and other forms of digital violence from their platform once detected.

Join us on June 15, live from Berlin, as we explore with Anna-Lena how these changes happened, the future of tech policy in Europe and what it could mean for democracy.

The conversation will last 30 minutes. Bring your questions!