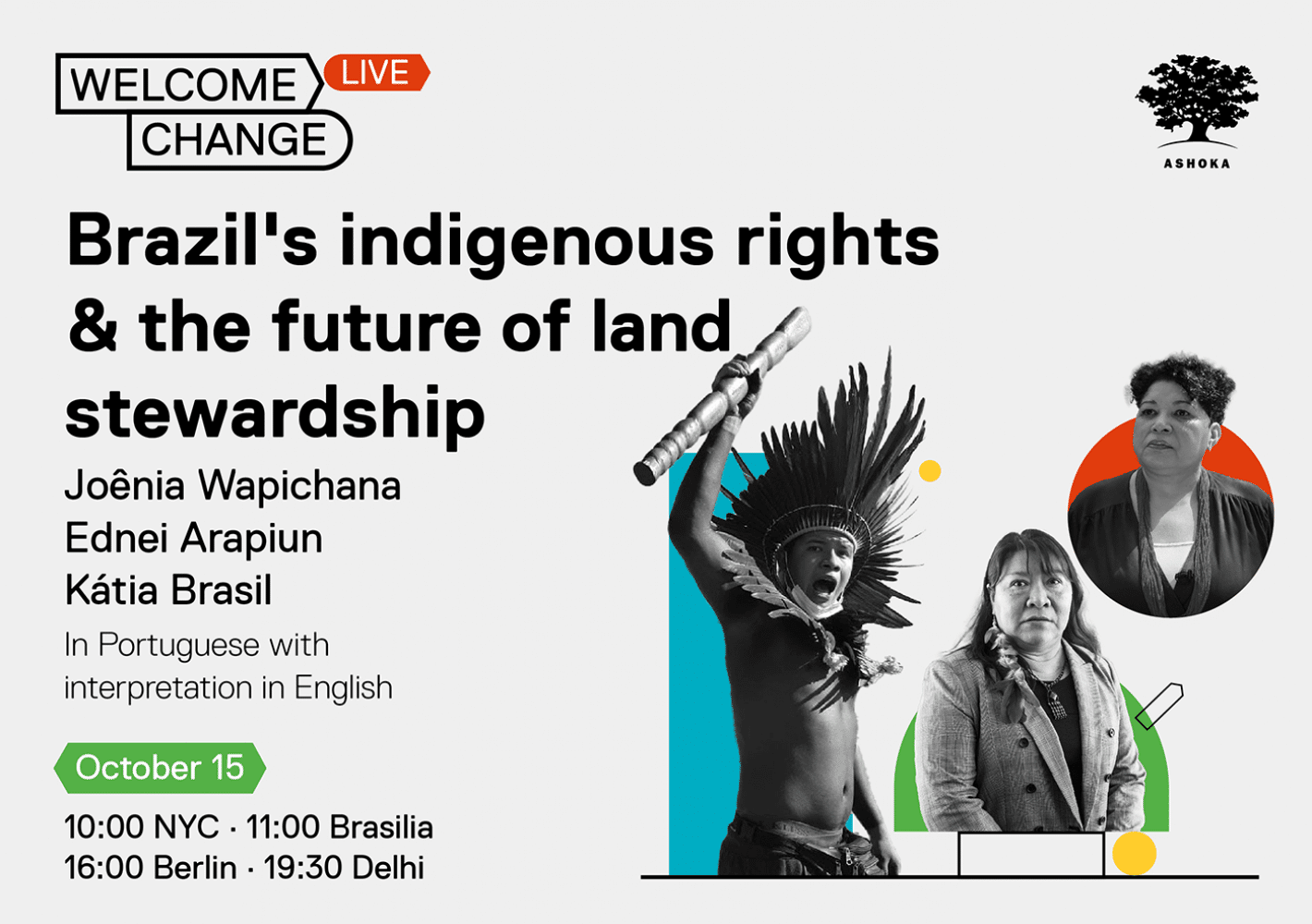 Indigenous groups and their allies across Brazil have been mobilizing en masse in recent weeks, amidst the Bolsonaro government's latest brazen attempt to roll back indigenous rights to bolster the economic interests of powerful agribusinesses. Brazil's Supreme Court is currently debating a case known as Marco Temporal that could substantially reduce constitutionally protected Indigenous territories. History is unfolding before our eyes, with little attention from the press and world leaders outside of Brazil.

Join us on October 15 to hear from two Ashoka Fellows and an Ashoka Young Changemaker as they reflect in real-time about the impact of this pending ruling on indigenous rights, just & sustainable land stewardship, how this connects to our global consumptions choices and democracy writ-large. We will be joined by: Katia Brasil who co-founded Amazônia Real to provide nuanced coverage of news from the Amazon; Joênia Wapichana, of the Wapichana indigenous nation – a social entrepreneur and defender of indigenous rights. She is Brazil´s first indigenous lawyer, currently serving as a federal deputy for the northern Brazilian state of Roraima. And Ednei Arapiun, a young indigenous leader from the Tapajós region of the Amazon, Coordinator of the Indigenous Council of Tapajós Arapiuns.

The conversation will be broadcast in Portuguese with simultaneous translation to English. It will last about 40 minutes. Bring your questions! 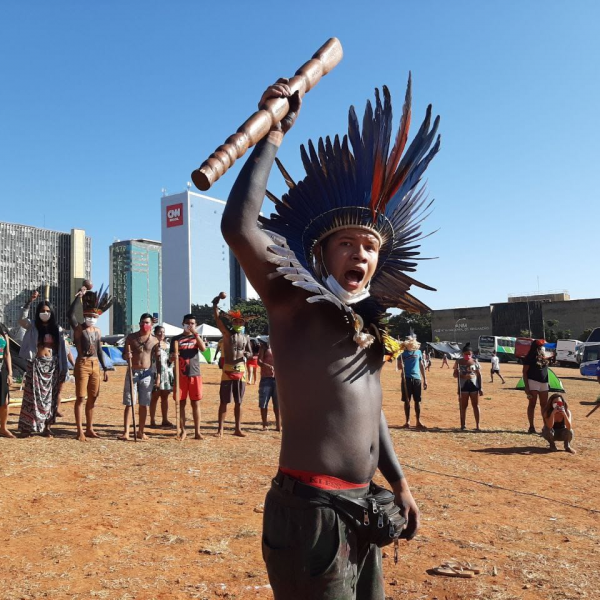 Young indigenous leader from the Tapajós region of the Amazon, Coordinator of the Indigenous Council of Tapajós Arapiuns.