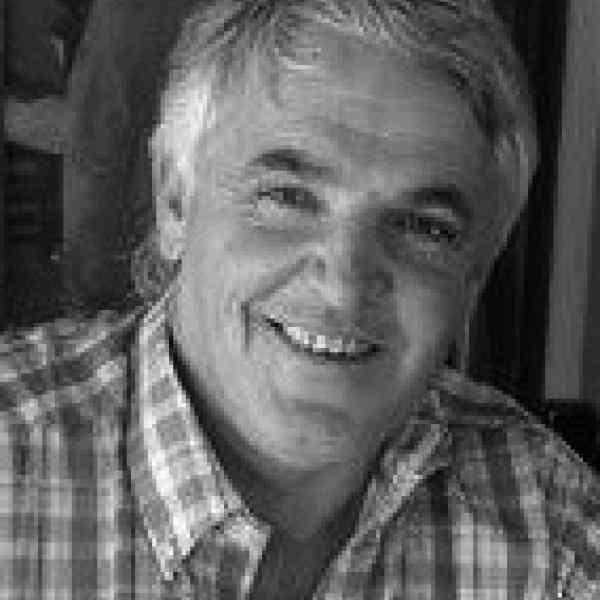 Argentina
Alternative3
Ashoka commemorates and celebrates the life and work of this deceased Ashoka Fellow.

César is challenging the prevailing charity-based models for private sector engagement in poor urban areas through Alternativa3, which employs an alternative strategy to strengthen the social and economic fabric of communities and the private sector corporations who do business with them.

César is creating and spreading a new model for mutually beneficial relationships between private sector companies and low-income communities in a region where the two rarely interact effectively; company-community relations, when they exist, rarely transcend superficial charitable transactions. Companies have begun to recognize the importance of community-level contact, for reasons of social responsibility and as a link to potentially lucrative domestic markets. César’s organization, Alternativa3, provides a structured channel for them to do good while doing well, helping them build bridges to communities that represent a potential market and personal growth opportunities for employee and company.

Communities clearly benefit from the contact with their corporate neighbors, but Alternativa3 also works with them to nurture their own entrepreneurial possibilities and further the development of local leadership. Where others see opportunities for charity, César recognizes that resource-poor communities are often rich in potential—they house budding entrepreneurs, qualified potential leaders, and the raw material for a dynamic and empowered citizen sector. Communities and companies have begun to see how they need each other, and Alternativa3 is bringing these possibilities to fruition.

Three decades of intermittent economic crisis have struck the hardest for Argentina’s poor. A country long known for its economic stratification and lack of social mobility has only seen these patterns become more entrenched in recent decades. Despite recent growth, benefits have not trickled down to society’s poorest strata. While economists and pundits continue to wrangle over the crisis’ root causes, most Argentines agree that their economy’s historic structure has played some role. Large family owned conglomerates occupy much of the existing business space, leaving little room for small and mid-sized businesses to flourish and stifling the entrepreneurial culture. Lacking dynamic local economies, Argentina’s poor urban communities become stuck in a cycle of missed opportunities. They suffer from limited access to employment or services and low levels of social capital combined with weak leadership and limited entrepreneurship.

Efforts to improve local conditions have only exacerbated the situation—the charitable approaches of the state and more recently corporations breed dependency on assistance. Communities initially became overly reliant on paternalistic political actors but recent trends toward social responsibility have created a similar paradigm in community-business relations, as businessmen have merely mimicked the same old charitable models. Yet even while this simplistic CSR trend grows, Argentina’s businesses have also begun to recognize the value that poor communities may hold for their bottom line. Companies increasingly understand that success lies in a healthy domestic market and an understanding of how to serve all segments of that market—from the top to the “bottom of the pyramid”. These two goals, social engagement and opening new markets for the poor, exist in tandem but have yet to truly intersect. In short, the private sector has failed to capitalize on the opportunity to engage meaningfully with poor communities.

An array of factors has impeded substantive and mutually beneficial exchanges between these two actors. The perceptions of both sides are a crucial factor: social organizations and communities see the private sector as exploitive and businesses as strongly undervaluing the potential of communities. The misunderstandings and missed opportunities occur because society has thus far failed to create a space where the two groups can interact constructively with one another toward common goals. Where they do attempt to create these relationships, often differences in expectation or perception stand in the way of success.

Alternativa3 is fomenting mutually beneficial relationships between businesses and poor urban communities. César knows that preconceived notions and cultural stereotypes often derail such initiatives before they begin. To respond, he has created a structured process that guides companies and communities through a relationship that begins with simple interactions and then becomes increasingly sophisticated. Alternativa3 plays an introductory role, performing needs and resource assessments for both groups. Misaligned expectations can impede the best designed and best intentioned initiatives, so Alternativa3 has introduced a standard new tool for the field—the “reciprocity agreement” in which both sides commit early on to joint projects and specific roles in their execution.

Once expectations have been set, business and community members begin working together on a project designed to build trust and understanding between the two parties—for example a joint project working with youth to develop small health outreach or education projects. In the next stage, the focus shifts to the economic arena. Using microcredit, Alternativa3 draws members of the community into a broader training and development process that prepares them for deeper engagement with private sector corporations. In one of its early pilot projects, this microcredit fund reached US$900,000, with a repayment rate of 98.5 percent.

The final stage of engagement reaps the most benefits for parties involved. Alternativa3 moves the collaboration towards the realm of small-business development, reasserting itself in a consultative role where business volunteers and resources do not suffice. In two examples, 25 unemployed men from the Buenos Aires neighborhood of Los Polvorines jointly created a construction firm and a small-shoe making entrepreneur expanded his business from 4 to 40 employees. As engagement deepens, Alternativa3 helps create synergies between the productive capacity of the community and the needs of business. A group of women entrepreneurs used their microcredit to launch a small sewing company and, with Alternativa3’s mediation, negotiated a contract to source tags for the shoe company Alpargatas. The company received a low price for its product, and the woman had a guaranteed buyer for their initial work as they sought out additional clients.

The economic focus of these activities is not coincidental. With immediate concrete benefits, microcredit and small enterprise development can engage even the most jaded of community actors. And just as this progression benefits the business-community relationship, it also conforms to the natural progression of economic development within a community. Microcredit serves as a starting point for the development of small and eventually medium-sized enterprises.

César recognizes that while communities and businesses are simply conglomerations of individuals, Alternativa3 cannot reach every employee or inhabitant directly. So César has created an organization that recognizes and leverages leadership within both groups, cultivating a small group with a strong influence. On the private-sector side, César involves the business leaders and managers in his work. As decision-makers within the company, they hold the power to act on their newfound comfort with and understanding of poor urban communities as potential markets and suppliers. For communities, microcredit programs serve as a platform from which natural community leaders emerge. To build on this base, Alternativa3 provides a series of workshops and training sessions that strengthen their confidence to make decisions and interact with the world beyond their neighborhood. Meanwhile all economic programs are coupled with a strong emphasis on community “self-management,” so these same leaders get hands-on experience operating substantive enterprises.

Ultimately César believes that all of Argentina’s businesses will begin to pay attention to the poor urban areas, which represent their greatest growth potential. But as he works to bring his work to scale, César plans to target only the mid-sized companies that have already shown some commitment to social engagement. In most cases, he expects that these will be Argentine firms, concerned both with their own countrymen and health of their national economy. This group will serve as the vanguard in a revitalization of urban economies while simultaneously changing the way that corporate social responsibility is practiced. However, César has found some exceptions as a handful of multinationals have proven eager to be seen pioneering progressive CSR models. TNT, AMANCO, and Nestlé have already worked with Alternativa3.

Even as he completes his first set of pilot projects and solidifies his model, César has begun preparing for the eventual spread of his idea. He already is engaging Argentine networks such as the Conurbano network of Buenos Aires, an association of 25 community-based organizations, and has initiated advising relationships with Ethos and Acre, business-social bridge builders in Brazil and Argentina. Further connections with academic institutions such as University Austral, the top business school in Argentina, will also help him document his work and articulate his impact to a statistic-hungry private sector.

César was the fourth of eight brothers born to an affluent Argentine family. He began working in the family real estate business from a very young age, and by his late 20s had launched a new branch of the company, moving from small private housing deals to larger corporate deals with the likes of Gillette and Nestlé. The company, Mieres, is now one of the primary real estate brokers in Argentina. But instead of inspiring César, success increasingly brought new doubts about the dehumanizing aspects of business operations.

From his earliest years working with the family business through his 20-year career, César maintained a strong sense of spirituality and an accompanying belief in the importance of social inclusion. He became involved in a religious community and through his work with them helped launch a school to develop leadership skills among poor youth in Buenos Aires. In 2001, César separated his socially related work from the influence of the church and launched a venture to link the poor and unemployed of his city to available jobs.

In 2002, César made a decision he had been moving toward for years: he left his successful career in the real estate business and began to dedicate himself to creating social change. While taking some graduate courses at University Austral, he initiated the first program to connect the university community with the marginalized communities surrounding it. This sense of mutually beneficial connection and collaboration is also at the root of Alternativa3. César sees Alternativa3 as the culmination of his many life experiences working toward social change, his career in the business world, and his values as a devout Catholic.