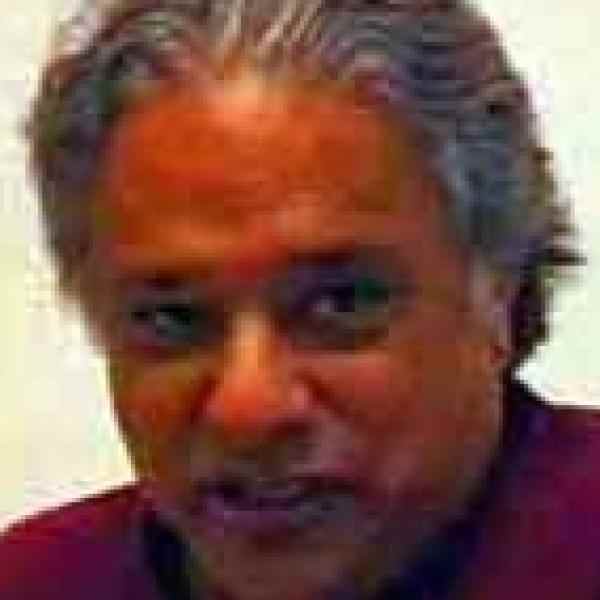 Arif Hasan is bridging the gap between citizens, development professionals and the government in Pakistan through the Urban Resource Center: A permanent infrastructure and framework for interaction between the three sectors. The Urban Resource Center acts as a platform where people of all economic levels can make their voices heard and be active players in issues that matter to them.

Arif has created an active, vibrant infrastructure for informed interaction and discussions between various stakeholders in Karachi on urban issues and development plans. The Urban Resource Centre (URC) creates and nurtures a dynamic forum in which politicians, planners and the public can come together and enter into meaningful dialogues over urban planning issues. As public participation in development increases, the government and city planners are held accountable for their decisions, not only by the media and the URC, but by the citizens of the city. Arif’s unique approach has made the URC a place where the citizens, especially the poor, can get information about development projects and discuss its implementation method and impact. It is a place where poor communities, COs, formal and informal private sector interest groups, academic institutions and government agencies interact and arrive at a consensus through iterative negotiation. The URC facilitates the interaction and the negotiation and provides information and alternatives to the citizen groups enabling a more appropriate and people friendly development process where transparency and accountability are integral components. The URC initially began as a mechanism for compiling, classifying, packaging and disseminating information on urban planning issues to target various audiences. The information created so much interaction amongst the target audience that it evolved into discussion forums, generating concepts and solutions for guiding urban development planning and policymaking. Specific projects with citywide impacts were identified by the URC team, around which campaigns were developed to drive the public’s solutions. These campaigns included public events that first brought interest groups together with citizens and, based on the consensus reached in these events, the URC launched a media campaign. The impact of the media campaign attracted policy makers’ participation in the discussion forum and created a public debate that various citizen groups could use as the base to advocate for their interests.

Pakistan faces a rapidly growing population crisis. About 40 percent of Pakistan’s population of 150 million lives in urban areas. This problem is exacerbated by the country’s debt, lack of structural support and large scale corruption which results in poor access to basic necessities such as housing, sanitation, civil liberties and human rights. Karachi, Pakistan’s largest city, has nearly 14 million inhabitants, more than half of which live in katchi abadis (informal settlements) or slum areas, with 89 percent of the katchi abadi population having incomes below the poverty line.

Large cities like Karachi are difficult to manage and develop for a government which is itself constantly in turmoil. Karachi’s government institutions are badly managed and have deteriorated over time due to political interference and civic, ethnic and political strife. City governments, though democratically elected, make decisions on major projects without informing and consulting the citizens. On the other hand, although citizen groups are aware of the lack of representation and motivated to create systems for change, do not have access to relevant information and lack a forum to discuss the manner in which urban development should take place. The public therefore remains a passive audience to the ‘development’ taking place around them. Consequently, the government imposes its concepts of development based on what it believes is best, leading to a lack of public accountability and rampant corruption.

Government-led initiatives in Pakistan are largely implants of first world solutions that are high cost, capital intensive and culturally alien to developing countries. These solutions are accompanied by a management structure that is inadequate, unaffordable and financed through international loans that pile up debts. In the long run, this form of development is unsustainable and requires further investments and high operational costs. The upper-class benefits from the developments as these are suited to their lifestyle, while the poor are alienated from mainstream development. With each wave of “development,” there is human suffering and financial loss to the poor, relegating them further to the fringes of urban society.

This approach towards urban development increases poverty and creates inequalities, creating a world divided by a cultural and socio-economic wall. As a result, urban governance becomes a serious challenge, and the suffocation of rights and freedom legitimizes discrimination and violence, making the society vulnerable to crime and terrorism.

In 1989, Arif founded the URC to package and disseminate information on urban issues to low and lower-middle-income groups. His approach revolves around getting people involved in the local government decision-making process. The URC collects subject-wise news clippings on various social issues related to the city and prepares portfolios that are used to produce a monthly newsletter. During this process, the URC identifies government plans for the city, their authors and financing agencies, as well as interest groups. Then, based on projects planned by the city government, the URC packages and distributes relevant information to the target audience. Once there is interest in the project and its impact, they organize discussion forums for dialogue between the community and the interest groups, and highlight community-led alternatives that are more cost-effective and time-efficient than government proposals.

There are many advantages to Arif’s approach for involving the citizen sector in urban planning projects. The URC encourages and assists citizen groups to take a lead role in the campaign and negotiation process with the government and other interest groups, while the organization monitors the projects to make sure that they are being implemented as promised. With a powerful media supporting the organization, it is rare for the government or interest groups to renege on their promises for fear of negative publicity. Furthermore, the URC continues to facilitate the communication and interaction during the planning, implementation and operation phases. Finally, the URC documents and disseminates the information to a wider audience to institutionalize the process.

The URC’s impact is evident in the changes it has brought to an otherwise unaccountable system of governance. The Karachi Mass Transit Project, for example, which would consist of elevated busways through the center of Karachi’s historic district, was planned to be built at a cost of US$665M. The URC highlighted the environmental degradation that this would cause along with the damage to Karachi’s historic buildings, and Arif’s team presented cheaper and more environmentally friendly alternatives to politicians, bureaucrats, and the communities living along the proposed transit route. As a result, major changes have occurred in the design of the project, and the press and citizens have become more informed of city planning issues. Currently, the debate continues as the government is close to accepting a railway alternative that is half the cost, does not damage historic Karachi sites, and serves more than five times the population.

The number of people that have been directly and indirectly affected by the URC’s work are immeasurable. Arif has bought urban issues such as the negative impact of badly planned government projects to the forefront of public consciousness, and has also increased awareness among groups that would be otherwise ignorant of these problems. An example of this is the URC’s work on the Lyari Expressway project. The Lyari Expressway was to be built along the Lyari River which passes through the center of Karachi. If implemented as the government planned, it was going to destroy 25,400 homes, businesses, schools, community facilities and would also cause large scale environmental degradation to the old settlements it was going to pass through. In addition to these problems, it was also going to adversely effect the education of over 15,000 school-going children. The URC prepared a detailed analysis of the social and environmental damage the Lyari Expressway Project would cause and presented alternatives to the government. This analysis was made available to 46 Lyari community organizations, which used it to lobby their political representatives against the Project. The URC disseminated its findings to the press and media and also initiated a national and international letter writing campaign against this project, which forced the government to come up with a proper resettlement plan for the effected communities.

Arif’s success in shelving detrimental urban development projects and initiating citizen-led efforts has attracted attention from COs in other Pakistani cities who have studied the idea and strategy and begun applying the URC’s model in their own areas.

Arif’s success has now attracted investment from the United Kingdom’s Department for Financing International Development to establish URCs in other major cities in the developing world.

Arif’s family migrated to Pakistan on the eve of independence in 1947. While living for a short while in a refugee camp before his family acquired a house, Arif experienced first-hand the plight of the refugee population in Pakistan. He was deeply affected by the suffering of people migrating in the hope of a better future, only to be left in camps and settlements with little or no hope for safe and affordable housing. The suffering and displacement he witnessed instilled in him the idea to find a systems-changing solution to end the suffering and misery caused by corruption and exploitation of the poor.

After finishing high school in Karachi, Arif gained admission to the school of Architecture at Oxford. Studying in Europe in the early 1960s, he was drawn to the notion of radicalism, later living in Paris and traveling across Europe to be close to the radical cinema and architectural movements of the day. The exposure to human sufferings in his early years and to radicalism in his youth developed in him a critical thinking process that he values to this day.

On his return to Pakistan, Arif traveled along the Indus River with a friend and developed insights into social and environmental issues. He then established an architectural practice and worked out of his home. One of his major breakthroughs in architecture was the Hasan Square in Karachi, which heralded a new type of apartment living. During his time as an architect, he received an SOS from the fishermen community that was being displaced from its traditional residence because of a development project. Arif investigated the claim and prepared an alternate plan; by using the influence of a local politician, he was able to prevent the evictions. The success of the fishermen case traveled quickly by word-of-mouth and soon many other communities requested his assistance in preventing displacement and disasters. Arif realized that the government’s development projects discriminated against the poor, causing both human and financial losses. This experience was instrumental in Arif’s journey towards working on issues of development.

Arif has a long history of speaking out against injustice and corruption and mobilizing forces to create systemic change. He began by writing in newspapers against unfair government development projects. His success in voicing the needs and the concerns of the poor and guiding national and international agencies’ development projects to meet them have earned him the ‘Hilal-e-Imtiaz’ (Pride of Performance) for Public Service by the Government of Pakistan and the Prince Claus Award by the Netherlands government. He is also a recipient of the Third International Year for the Shelterless Memorial prize from the Japan Housing Association (1990).

Currently, Arif is a member of the regional advisory committee of the UNDP-World Bank Water and Sanitation program for South Asia, and has served as member in numerous juries and committees related to Architecture and Urban development.

In the last five years, Arif has compiled a number of his studies into publications. He is currently the chairman of the Board of Aurat Foundation, one of the leading women’s rights organizations in Pakistan, and of the newly created Textile Institute.