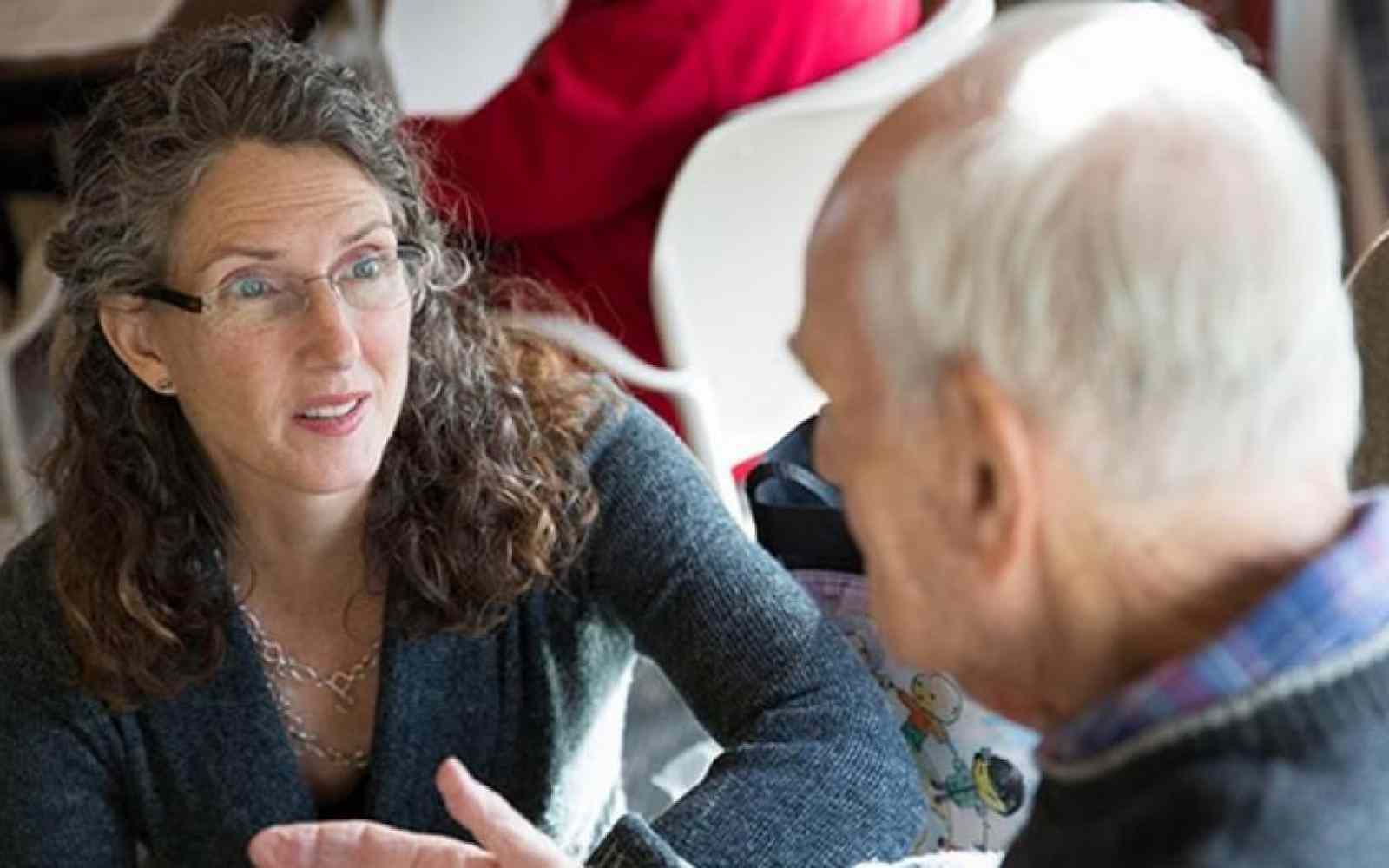 Are you creative? Of course you are, says social entrepreneur Anne Basting, who for three decades has unleashed innate creativity in seniors, their families and caregivers, and nursing home staff. When memory fades, what survives is imagination, a creative force so powerful that it can break isolation, reconfigure relationships, bring joy. Don’t remember my name? No problem, please give me a new one. Just as it redefines communication, imagination also trains everyone in situations of care to discover strength, rather than focus on loss. Anne’s methods are in use in all 50 U.S. states, and twenty countries. She explains the heart of her idea to Ashoka’s Chris Cusano.

Memory and imagination are inextricably linked in the brain. You can't actually separate them. Insisting on memory as the sole basis for a relationship can lead to frustration and depression. Imagination is another access point, so we ask people to let go of the expectation that everything will be based on memory. The creative process offers a way around that problem and allows us to set up new relationships and ways of communicating based on the generative process.

You're inviting someone to make meaning, which is a very empowering experience for you and another. Meaninglessness in a care setting affects not only the older person, but also the care provider. If we expect hopelessness in late life, then we program fear and despair into our own future.

Creativity can be an effective non-drug intervention; that creative storytelling has many positive outcomes; that seniors re-learn play, which brings many health benefits; that it sensitizes medical students to patients with dementia; nursing home staff develop better attitudes towards residents with dementia.

It’s been shown that those who internalize negative ideas about aging live 7.5 fewer years than those with positive attitudes. In general, there’s an age bias in philanthropy. Everyone wants to fund youth innovation. It is seen as the most important investment in the future, with long returns. I would add that if we’re not disrupting ageism, we’re harming young people by shortening their lives. You can do intergenerational work, bringing young and old to create together, and everyone benefits.