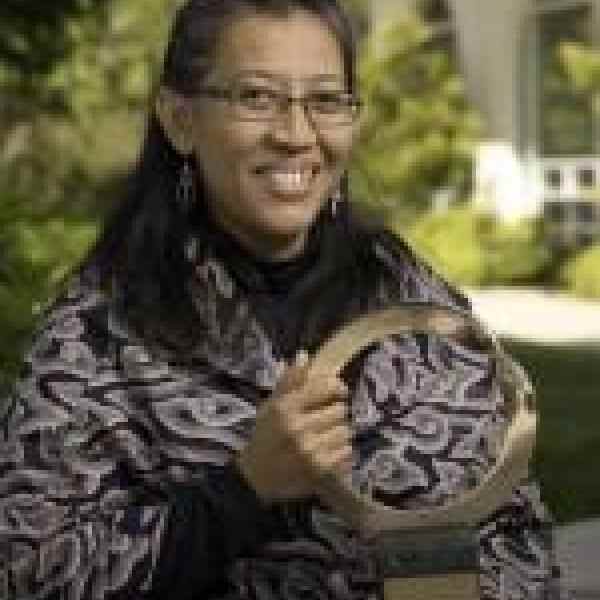 Yuyun sees that there is significant pressure on regional government to outsource public services like waste management. Numerous foreign-owned companies are vying to secure contracts for sanitation and waste management in places like Bali, an international tourist center. Their capital-intensive approaches displace hundreds of thousands of jobs in the informal sector. Yuyun, a first-class innovator and environmental engineer by training, is developing a decentralized, community-based waste management system that brings privatization of public services to small-scale providers. Working in Bali, she has gained the cooperation of large businesses like hotels and restaurants, sanitation workers (including garbage collectors and scavengers), and local governments and communities to actively support environmentally responsible solid waste management. Yuyun is convincing local communities that solid waste is one public resource that should not be outsourced to megacompanies but should be managed practically and efficiently to benefit the local people, businesses, and the tourist industry, while relieving some of the burden from the local government.

Solid waste has grown into a major problem in urban areas throughout Indonesia. The public service of waste removal and disposal has until now been urban based, the responsibility of local governments. But over the past 35 years, there has not been any city authority in the country that has properly managed or successfully provided public waste management and sanitation services. Recently, foreign companies have offered their privatized services to overwhelmed regional authorities to provide waste management services. Since there has been little political will to overcome the problem and no effort to coordinate the various stakeholders in communities, regional governments are looking for easy solutions.
There are four main aspects to the problem surrounding waste management. First, basic collection continues to increase the mounting problem. Since Indonesians are not familiar with waste separation, the amount of solid waste disposed from each household or business entity is ever increasing. In terms of volume of solid waste, the area of south Bali produces over 2,000 cubic meters of garbage daily. Hotels and restaurants contribute more than an additional 500 cubic meters of garbage. About two-thirds of this garbage is organic and could be used as livestock feed or compost if separated out. There is no penalty system and no specific mechanism to force individuals or businesses to minimize their waste, not to mention to prevent them from littering. No rules or regulations exist, either on national, regional, or subdistrict levels, that clearly state how the government should deal with solid waste management. People still commonly dispose of waste in rivers or by trying to burn their mixed rubbish.
The second problem is the transfer mechanisms to temporary transfer depots and then to the final disposal site. The transfer process involves numerous large trucks going back and forth at a high frequency through dense urban traffic. According to recent research, the Department of Parks and Sanitation can handle only two-thirds of the garbage collection in the city of Denpasar. In other areas the transport issue stems from the problem that old, open pickups and carts are used for collection and often leave trails of unsavory liquids behind.
Third, land for final disposal sites is limited, and although local governments claim that their final disposal sites are sanitary landfill, in practice they are open dumps. The site itself is usually a major cause of conflict between some groups, either government authorities, communities, or scavenger groups. Moreover, public projects concerning solid waste management and sanitation are prone to corruption. Many grants and loan funds flowing into the public service sectors simply disappear or are ineffectively managed.
The fourth aspect of the problem is the lack of acknowledgment of the informal sector's contribution in solid waste management, namely, the contribution from the scavengers and the collectors at informal transfer depots. These individuals are never acknowledged as stakeholders in urban waste management but rather are considered to be more dangerous than drug dealers. In most neighborhoods in Bali, one can easily spot signs that read "No Entry for Scavengers" perhaps because of fear that they might steal something. Governments, however, are unable to provide the services that these residential areas need.

Born in Bandung, Yuyun moved a lot with her family as her father was high-ranking military. She attended ITB (Bandung Institute of Technology) and majored in environmental engineering. As a student she was active in student organizations including the environmental club Yayasan Indonesia Hijau (Green Indonesia Foundation) and the Community Outreach Program. To her strict father's chagrin, Yuyun seized the opportunity while still a student to travel and do research in various remote locations, meeting her future husband on one such expedition.
Upon graduating, Yuyun worked for several years as an environmental consultant for private companies in Jakarta but found herself frustrated by the discrepancies between theory and practice. Often what was built for a project did not match what she had designed, sometimes because of corrupt practices among contractors and team leaders (who had often been her classmates.) Yuyun felt that her ITB education prepared her to be a designer and engineer but did not prepare her for her current situation. Her lecturers had returned with Ph.D.s from the United States and Europe and taught from textbooks they brought back with them&#150;all far removed from the Indonesian context.
In order to change this and try to demystify engineering, Yuyun became a lecturer at Trisakti University in Jakarta while continuing to work as a freelance consultant. After moving to Bali in 1996, she volunteered at the Wisnu Foundation, and in a short time she became the executive director. She began to implement her ideas for change in solid waste management while at Wisnu and founded her own organization, Bali Fokus, in 2000. Although she says that university training for engineers was too rigid for her to change as a lecturer, she feels that she is now making inroads by regularly having students apprentice with Bali Fokus. Yuyun is a LEAD (Leadership on Environment and Development) Fellow elected in 1999 and is active in a number of citizen sector forums.