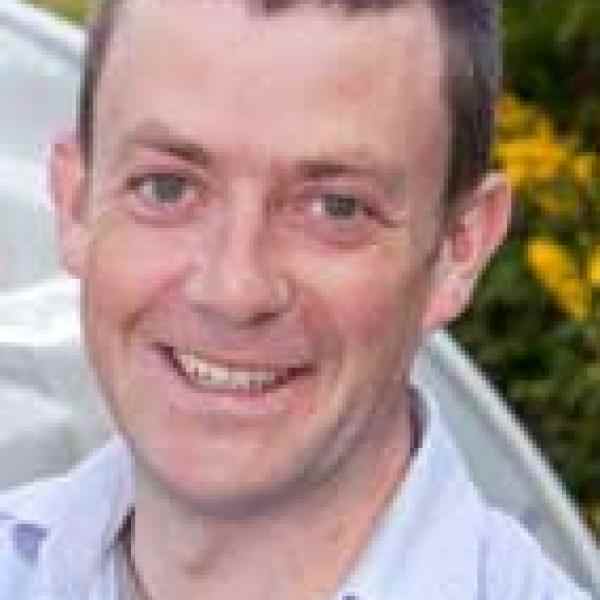 Michael Kelly is catalyzing a nationwide movement to substantially increase the number of people growing their own food. He has resurrected the traditional Irish notion of the “meitheal,” a practice that builds a spirit of community by working collectively on individual projects—much like a barn-raising—to exponentially increase the number of people with the skills to grow their own food. Through this community approach, Michael is creating a national network of local “Grow It Yourself” groups designed to provide a grassroots, tangible structure to the local food movement and spark new growers by capitalizing on the knowledge of mavens in the area. Michael compares his structure to that of Alcoholics Anonymous, envisioning GIY meetings available everywhere and offering a well-established open community in every town and city. Currently fielding over sixty groups with roughly 5,000 members around Ireland within a year of the program’s inception, he also has interested citizens furthering expansion of the program in three foreign countries.

Michael is resurrecting the traditional Irish notion of meitheal, a practice that builds a spirit of community by working collectively on individual projects—much like a barn-raising—to exponentially increase the number of people with the skills to grow their own food. Michael is creating a national network of local Grow It Yourself (GIY) groups designed to provide a grassroots, tangible structure to the local food movement and spark new growers by capitalizing on the knowledge of mavens in the area. Through GIY, Michael is expanding meitheal to encompass group learning around food growing, by creating off-line and online knowledge networks of engaged citizens. Michael compares his structure to that of Alcoholics Anonymous, envisioning GIY meetings available everywhere and offering a well-established open community in every town and city. Rather than relying on expensive courses or politically-driven agendas, GIY groups provide a place where neophytes can mingle with master gardeners to learn the tips and tricks of growing food from one another, offering a mechanism to integrate structure into fragmented local food initiatives.

Michael has created a organizational model that facilitates viral spread—his program, offering free monthly meetings consisting of group skill-sharing around gardening, focuses specifically around building community between participants, and works equally well in cities, villages, rural areas, or corporate settings. Committed to wide-scale spread, Michael has structured GIY to be action-oriented and dynamic, eschewing the cost-prohibitive membership model that ossifies many community groups with minutes and motions, and allowing interested parties to set up groups within the structures of existing food organizations or create their own free-standing programs. Tapping into social networking, Michael offers local groups opportunities to connect with others around the country, and has built a structure that allows painless adoption, offering mavens a platform and guiding local champions to launch branches in their own communities. Currently fielding over 60 groups with roughly 5,000 members around Ireland within a year of the program’s inception, he also has interested citizens furthering expansion of the program in three foreign countries.

The current generation in Ireland is one of the first generations raised without the ability to grow food. The skills for strong self-sufficiency have been lost in today’s world with increasing pressures on the global food chain. Eating has become an unthinking act of consumption or refueling, rather than the culmination of a long process of growing or rearing. With no sense of the actual process and connection to food, there is little consciousness about the longer-term repercussions of choices. Children believe that milk comes from a carton, peas come in cans and chicken breasts grow as if by magic in a plastic tray wrapped in cellophane. Five billion EUR worth of food is imported into Ireland that could be successfully grown in the country.

A search of the field reveals an arena cluttered with traditional garden clubs, farming associations, and a large number of for-profit courses on organic methods at demonstration farms and centers.Frequently expensive or narrow in focus, these programs tend to pair experts with experts. Older people, many equipped with a lifetime of knowledge on food growing techniques, remain untapped.

Food, as a subset of the Green Movement, is a growing area of focus. However, the arena is fragmented and frequently ideological to the point of evangelism. Consumers are faced with the choice between local food or organic food, food miles or fair trade; chemical-free apples flown in from New Zealand or the regional ones grown with pesticides. Most of these specialized options are economically unfeasible for many ordinary citizens. The Green Movement has no central framework among its disparate pieces—from local food to organic, community carbon efforts to slow food, to the growing number of exhibit farms, community gardens, and allotments. The problem is detailed exhaustively while concerned citizens are left to navigate a seemingly endless number of proposed solutions.

Michael estimates that more than 70 percent of GIY attendees are beginners at growing food and gardening, with the other 30 percent experienced growers there to share skills and pick up new techniques. GIY consists of free monthly meetings to teach people interested in learning how to grow their own food or expand their skill set together, share success stories and heart breaks, and collaborate on projects. The local group meetings are designed to be high impact, action-focused and interesting; these are not traditional club meetings with agenda items. Typically, each session consists of a speaker for half the time (e.g. speakers vary from a professional gardener or farmer to a local person with a story, demonstration, or tip to share), and then the group is broken into pods of six or seven, organized around particular topics related to what to grow to how to grow, and any helpful tips. Members receive a “grower’s calendar” to inform them about the steps for the next month. Michael is seeking to recreate the traditional knowledge exchange of “two guys talking over their back fence,” by structuring the meetings to maximize conversation and relationship-building.

Michael’s GIY is structured to grow organically—GIY groups have sprouted up in major cities, small towns, and isolated rural areas, as well as in company offices like Microsoft, Intel, and Anglo-Irish Bank. In roughly a year, Michael’s program has grown to over 70 groups and more than 5,000 members. The program applies as much to city dwellers creating balcony gardens as people living in small towns and villages, and can be easily integrated into existing initiatives such as Transition Towns groups or community center offerings. Many local organic farms and growing centers across Ireland now host GIY meetings at their facilities. There is also an extensive social networking presence online, connecting groups around the country and places to share tips and tricks.

Michael estimates that an average launch meeting, regardless of location, attracts roughly 70 people, which tends to distill down to a core group of roughly 25. Michael is adamant that GIY not adopt the structure of a traditional membership organization, and therefore offers the program for free to attract the maximum number of participants. GIY has grown at an astonishing clip—Michael had set a goal of 30 groups across Ireland by September 2010, and counted over 60 active groups by March 2010, with over 5,000 members. He has created a system of “local champions” across Ireland who help to launch new groups in their region and guide existing groups. The program has already begun international expansion into Scotland and Western Australia and Michael has been approached by groups in the U.S.

Frequently noted by participants and observers is the age range and diversity of the groups—teenagers to elderly, immigrants to locals. “They talk about growing the way lads talk about football in a pub.” By removing the political underpinnings to environmentalism and food growing, Michael makes it more accessible to everyone. His work utilizes the practical skills of growing food as an entry point to larger consciousness about food chain and other environmental issues. The program “makes gardening sexy,” and empowers participants with their own role in addressing the issue—a political act without being political.

Michael builds “communities of practice” around growing food through his GIY groups. He is working to resurrect the traditional Gaelic notion of a meitheal, or group effort, similar to an Amish barn-raising. Initial meitheal projects implemented by GIY include activities such as seed-sprouting, with each participant starting roughly 25 seeds of a particular plant, then exchanging the sprouts. Others include members of GIY helping one participant dig raised beds or other such activities accomplished more quickly with extra hands. The individual meitheal effort is still taking off, but many GIY groups have found that their energies turn more easily toward community meitheals—community or school gardens, town beautification, and tree planting. Michael is expanding his efforts to include school GIY programs, microfarms, allotment programs, and farmers’ markets devoted solely to GIY member produce.

As in many Irish families, Michael grew up with sacrosanct meal times. His parents cultivated an extensive and productive garden. As a result, he was raised with a deep understanding of how food was connected to the land. He and his wife began gardening out of financial need—“vegetables were expensive.” When searching for an outlet to help guide him through his own gardening efforts, he found only a few flower clubs or pricey organic courses. Michael himself is the design customer for GIY. He left the corporate world, moved to the country and began hosting seminars on how to keep hens, and wrote a book on his journey. At his courses, Michael realized that their shared lunches, which were full of stories, advice, and tips was often the most useful for the participants. Michael wondered if he could recreate that experience in particular; the camaraderie and skill sharing spirit evolved into his initial GIY meeting. He placed a notice on a community bulletin board, and when he arrived on the evening he was shocked to find a packed room with over 100 interested people.

Over the course of a varied career, Michael has excelled in every field he has pursued. He began his career in an IT company which offered a great deal of freedom to be creative within the bounds of the work. There, he honed the skill of coming up with his own solutions to challenges. A Waterford native, he set up offices for the company there and in Cork. One day he had an epiphany—“I heard myself talking and realized I didn’t care about a word I said.” He decided to leave the IT field to pursue a dream of writing and journalism. He took a part-time course and within two months was writing for the Irish Times. Focusing on a broad range of topics, but especially passionate about social change, food, and issues of the natural world, Michael pitched a column called “Giving Up,” where each week he would practice living without something—from shaving to meat to driving—and discuss the implications on his life and impact on the world.

As a journalist for The Irish Times, he was sent on an assignment to interview Ireland’s first Ashoka Fellow Caroline Casey. He was deeply inspired by her work and courage. He recognized himself as she described the characteristics of a social entrepreneur. He cites the conversation with Caroline as a huge turning point for him; the spark that led him to launch GIY.

Currently gaining increasing national recognition, Michael has received support from Social Entrepreneurs Ireland and the Arthur Guinness Fund, and is working to manage the explosive viral growth of his organization.