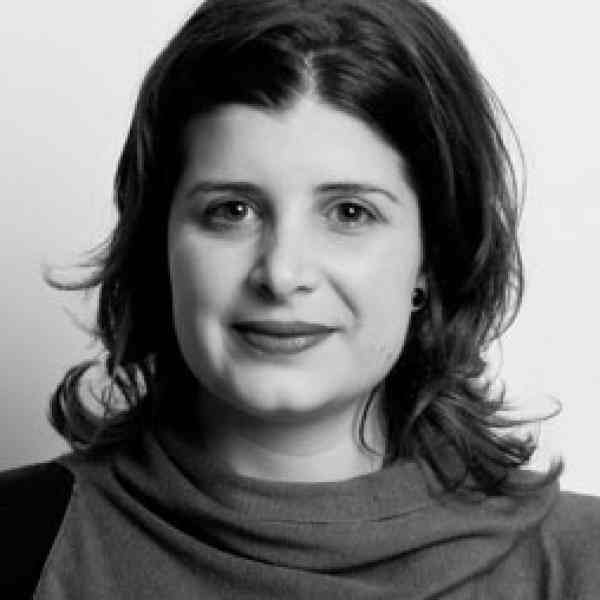 As Brazil has increasingly taken on a leadership role among Southern countries, its clout and influence have grown accordingly. Indeed, thanks to the inherent legitimacy afforded by its own history under colonialism and emergence as a democratic power, Brazil, along with other leaders in the global South, holds enormous untapped potential to influence the decisions and human rights developments occurring in today’s developing world. A pioneer within Brazil and the Global South as a whole, Lucia is encouraging Southern countries to follow the path of rights advocacy found within the developed world. Housed within Conectas—Brazil’s leading human rights agency run by Ashoka Global Fellow Oscar Vilhena—Lucia’s Citizen Diplomacy initiative signifies the first attempt to pressure the Brazilian government for the advancement of human rights outside its borders. Lucia has adopted a three-pronged approach that begins with in-depth reporting of Brazil’s role within the United Nations and other influential global institutions. She and her team produce regular reports that examine how Brazil's actions—or lack thereof—have impacted human rights developments in other countries within the global South. She then conducts an extensive lobbying campaign, involving direct outreach and enhanced media coverage. Finally, Lucia works to secure formal mechanisms to improve transparency and democratic processes within the UN system itself; to give greater voice to citizen organizations (COs) in foreign policy formulation. Taking full advantage of her position within Conectas, Lucia has built a powerful coalition of national human rights organizations and encourages them to exercise their influence on the Brazilian Foreign Ministry. Having begun less than two years ago, Lucia’s program has produced powerful results: She has strengthened the formal mechanisms of civic participation in Brazil’s foreign policy for human rights and has developed an unprecedented dialogue between Brazil’s government institutions and other COs involved in the field. In the coming years, Lucia plans to disseminate her work throughout Africa and Asia via Conectas’ Global South Program, and to open a rotational office in Geneva for several international and national partners that play a role in the U.N. system.

With the world’s fifth largest population and a GDP that places it among the top ten countries globally, Brazil has the potential to exercise considerable influence over world affairs. Today’s emerging economic and political powers have long been reluctant to criticize one another over human rights violations occurring within their borders. Foreign policy is rarely used by Southern nations as a source of pressure, and public condemnations are rare. Leaders in Brazil, South Africa, and other actors in the Global South are hesitant to side with former colonial powers in the North for fear of being branded as tools of the rich world. As a result, while the U.S. and Europe frequently issue thunderous outcries over human rights abuses occurring in Sudan, Zimbabwe, Venezuela, and elsewhere, the Global South has remained relatively silent on the subject. Yet it is precisely this sense of togetherness that affords countries in the Global South a greater degree of legitimacy in their dealings with one another. The Brazilian government has been able to maintain its silent complicity in large part due to the lack of transparency that characterizes most foreign policy decisions. This has resulted in a major disconnect between the public and the foreign ministries and policy makers equipped with the power and influence to effect change. Indeed, foreign policy is defined and bargained over behind closed doors, and influential decisions made in Geneva rarely attract attention from the Brazilian media and society at large.Meanwhile, Brazilian COs involved in human rights concerns tend to focus on human rights violations taking place within the country’s borders and do not recognize the potential of using foreign policy to influence domestic policy. While numerous organizations exist within the U.S. and Europe to lobby for the advancement of global human rights through sanctions and a host of economic and political means, there are no such counterparts within Brazil.

Having spent much of her adolescence abroad, Lucia earned her graduate degree in international affairs in Europe, and arrived at Conectas Human Rights in 2003 with a well-developed understanding of foreign policy and the power of the Brazilian vote. However, it was in 2006—when Brazil became one of the few countries to vote against sending a human rights delegation to China—that Lucia fully understood the pressing need for nongovernmental oversight to keep the government accountable for its foreign policy. She took her idea to Ashoka Fellow Oscar Vilhena, who encouraged her to start her own organization to address issues of foreign policy. Aware however, that such work required institutional legitimacy, Lucia overcame his initial resistance and persuaded Oscar to incorporate her efforts into the Conectas framework. By grounding her efforts within Brazil’s leading human rights organization, Lucia is able to fully leverage the organizational support, expertise, and legitimacy necessary to conduct institutional lobbying at the highest levels of the U.N. Lucia begins with a period of evidence gathering, in which she and her team identify exactly what Brazil is and is not doing to influence human rights issues elsewhere in the Global South. Her goal is to consolidate previously disorganized information into a single coherent report, translating complex U.N. jargon and veiled positioning into terms that can be easily understood by the public and other COs. Wary of advocating a purely “principled approach” to foreign policy, Lucia complements traditional moral and philosophical arguments with economic and political rationale, taking a decidedly utilitarian approach to rights advocacy. She then turns to a series of direct lobbying efforts, media outreach, and letter-writing campaigns, designed to pressure the Brazilian government to change its policies. With the report in hand, Lucia and her staff meet with Brazilian diplomats at the U.N., and engage in direct lobbying with key members of the Brazilian Congress and Foreign Affairs Ministry officials in Brasilia. When these efforts fail, she turns to the media to pressure the government for change. In 2007 Brazil abstained three times from a vote before the Human Rights Council on the situation in Darfur. In response, Lucia and her team prepared a document outlining the need for a more outspoken condemnation and deeper involvement from the Brazilian government on the conflict. Leveraging her direct association with leading figures in the U.N. General Assembly, Lucia acquired the signature of the U.N. High Commissioner for Human Rights, and promptly sent the document to Brazil’s Minister of Foreign Affairs in Geneva. She received a five-page response—an unprecedented feat for a young CO— explaining the government’s inability to involve itself in African affairs due to investments and a myriad of other reasons. Still not satisfied, Lucia took the exposition to the media, pursuing the fight through Brazil’s newspapers. The sudden onslaught in media coverage led to a shift in the government’s policy toward Darfur—a powerful victory that signaled to the government that Citizen Diplomacy, and the public, would be watching how it voted in the future.As part of her efforts to improve dialogue between the U.N. and COs, Lucia identifies formal mechanisms to bring citizen sector concerns to the attention of Foreign Ministry officials. She encourages COs to exercise their right to nominate field experts from the Global South to serve as Special Rapporteurs to the U.N. While nominations are conducted via a public roster, there has been little openness in practice, with the result that the process has been largely kept in the hands of a small group of policy makers and U.N. insiders. In one such instance, Lucia joined forces with other rights organizations, and together nominated three candidates from Brazil, India, and Zimbabwe to serve as U.N. Special Rapporteur on the Right to Health. Taking advantage of Conectas’ ties to other rights-based COs, Lucia has formed a coalition of other players in the field to further strengthen South-South ties. She created a Committee on Human Rights and Foreign Policy to serve as a base for these activities, bringing together other rights-focused COs, the Human Rights Commission, and the Federal Attorney Generals for the Protection of the Rights of Citizens and the HIV/AIDS Program of the Ministry of Health. Cutting across Parliamentary and CO lines, the committee is able to exercise far greater influence on the Brazilian Foreign Ministry and related actors than would a traditional CO alone. Still in an early stage, Lucia recognizes that her idea concerns more than Brazil alone and intends to stimulate similar efforts elsewhere in the Global South. Operating with an independent budget and staff, she has launched working groups to focus on the Organization of American States and Mercosur, the South American Common Market, and in the coming years, will expand her advocacy efforts both to the Security Council and other U.N. bodies, and to others that lack direct involvement in human rights affairs such as the Trade Department.

Born to a Lebanese father and a Brazilian mother, Lucia was exposed to international issues from an early age. She studied in a French school as a child, and later at Cambridge University. She returned to São Paulo at the age of nineteen, and completed her undergraduate degree in International Studies and Political Science. In 2000, she began work with Sou da Paz—an organization founded by Ashoka Fellow Denis Mizne—on its campaign against small arms and to improve public security. She later served as its communications coordinator, where she garnered significant support from TV Globo and struggled to balance the ensuing media coverage with equally strong content. She left Sou da Paz to undertake a graduate program in Paris, where she studied politics and specialized in international institutions. Despite her previous experiences abroad, she found France challenging, and struggled with always being viewed a foreigner. The experience prepared her to be ready at all times for a debate: A useful quality in her current line of work. Upon returning to São Paulo in 2003, she began work for Conectas, through which she participated in the International Visitors’ Program and was responsible for maintaining its relationships with academics and human rights institutes around the world.