Next Now aims to change the course of history by supporting visionary changemakers and uniting them around audacious goals.

Together, this ecosystem of outstanding leaders will build a brighter future. A future that addresses and anticipates the world’s most urgent social challenges. A future in which no one gets left behind.

Because the world is changing fast and the time to act is Now!

The Story of Next Now

Ashoka is the world’s largest network of social entrepreneurs. For nearly 40 years Ashoka has believed that the most powerful lever for social progress is an innovative idea in the hands of a leading social entrepreneur–Ashoka Fellows. We have bet on the optimists and the adventurous among us who see the world not as it is, but build it as it should be. We are supporting more than 3,600 Ashoka Fellows across 90 countries, guiding them to grow unexpected ideas into transformative social progress. Aided by Ashoka, 74% of our Fellows have changed national legislations or influenced public policy, while 93% of them have achieved change in market systems.

As the saying goes, Ashoka Fellows do not simply give a woman a fish, or even teach her how to fish, they revolutionize the fishing industry. In such a revolutionized fishing industry, this woman and thousands like her gain food & sustenance, while also embracing their new role as environmental stewards. Along with addressing society’s most urgent problems, they shape an Everyone a Changemaker world.

Now imagine what could happen if this Ashoka Fellow’s insights were woven together with that of countless other outstanding changemakers working as teams across  geographies and sectors towards audacious common goals – say ensuring citizens, companies and governments alike have the information and decision-making power needed to become effective climate changemakers.

This is the type of collective changemaking Ashoka seeks to catalyze over the next five years, starting with four pressing global challenges: Aging, Gender, Planet & Climate, and Tech & Humanity.

Our Path to the Future

Our path to success depends on our ability to:

Social entrepreneurs don't just solve pressing social problems at scale, as an aggregate they also signal the patterns emerging in their fields. They are our best trendspotting engine and their insights are essential in determining Next Now’s most strategic interventions.

Next Now is assembling a carefully selected team of co-creators that will shape audacious collective goals for each field. These visionary changemakers are entrepreneurial experts in their fields and represent a variety of sectors (business, academia, social entrepreneurship, etc.).

Team up across sectors to achieve these goals (teampreneurship)

In a fast-changing, interconnected world, the old formula of advancing change in large institutional siloes is no longer viable. This is why Next Now is prototyping new, fluid and open ways of organising outstanding changemakers around global collective goals. We believe “teampreneurship” is the way of the future and we are poised to demonstrate it.

Next Now’s goal is not simply to shape the future of the four pilot fields we have chosen, it is also to test and demonstrate the effectiveness of a “teampreneurship” approach. We are embarking on a learning journey and wish to openly share the lessons we learn to inspire others to join us.

By channelling the energies of Ashoka’s growing network around collective goals, we believe we have a unique opportunity to reimagine the future.

What comes Next –our most desirable future– must start Now.

Explore what's happening in each Next Now field below. 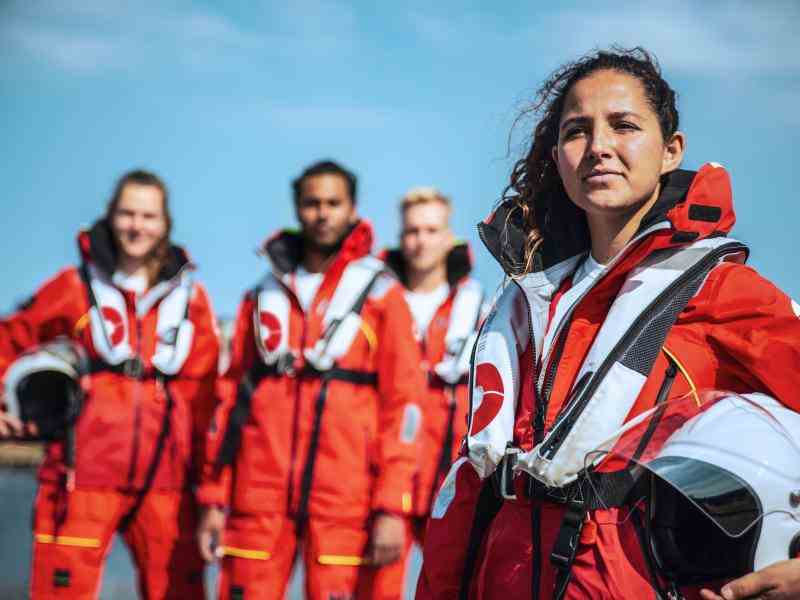 "Social inclusion is the biggest gap the climate movement is not addressing," says Ashoka Fellow Wietse van der Werf in our inaugural articles of our Planet & Climate series on Forbes.com.
Read more 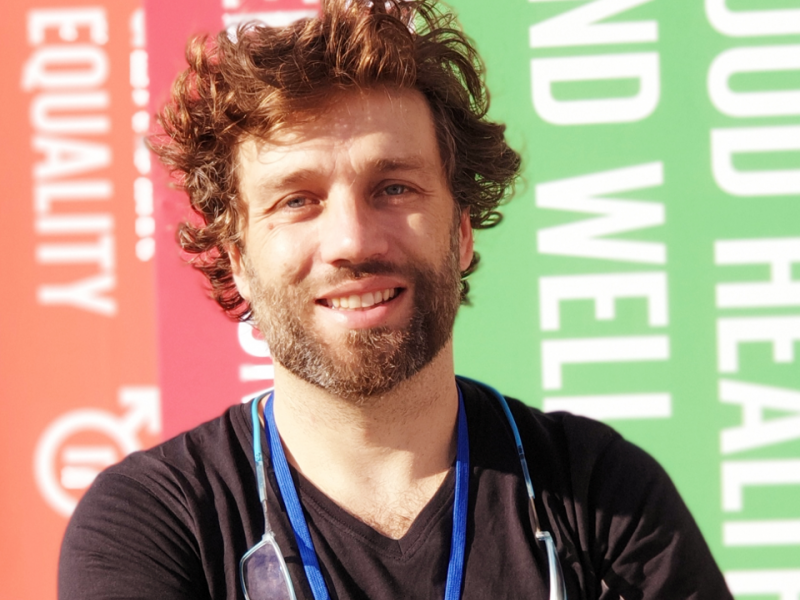 A conversation about why outsourcing the moral responsibilities of AI is not an option. Miguel Luengo, AI expert, entrepreneur and chief scientist at UN Global Pulse, speaks with Konstanze Frischen, Ashoka’s global leader on Tech & Humanity. "I argue that we need to move to a humanity centric AI. If...
Read more 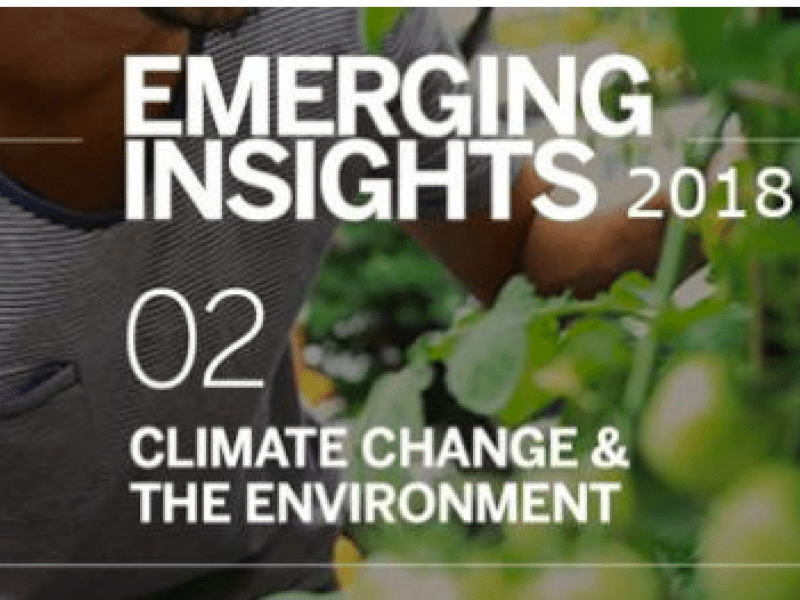 What are Ashoka Fellows teaching us about Climate Change mitigation?

To mitigate climate change, it is becoming clear that the work has to move beyond the science to policy and individual action. Ashoka Fellows are leading the way to show how cross-border collaborations and new consumer demands can address an issue that is bigger than all of us. In the face of...
Read more 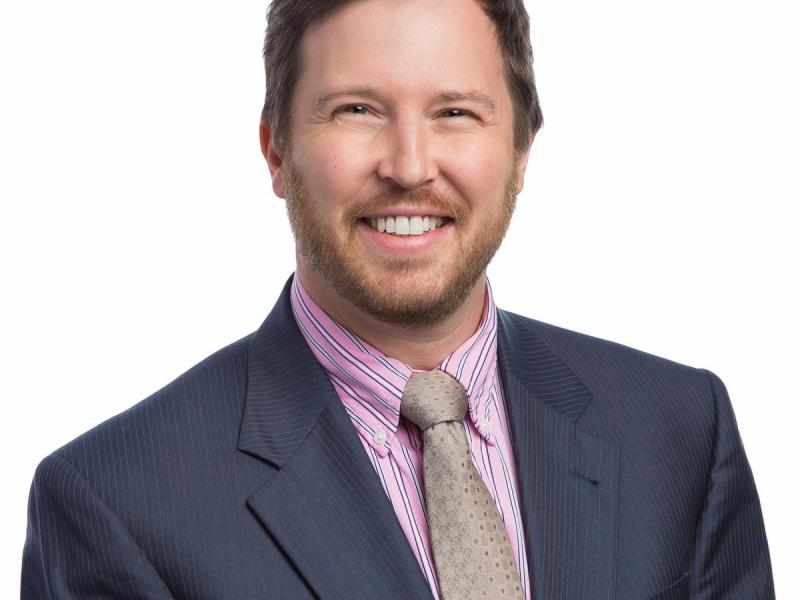 The Erosion of Privacy, And Why We Need a New Social Contract

Ashoka Fellow Sascha Meinrath explains how government and business are spying on us, and why we need to update our understanding of what is right and wrong in the digital age. "We need a mindset shift. We need to work together towards a renewed, 21st Century, social contract – a fresh understanding...
Read more 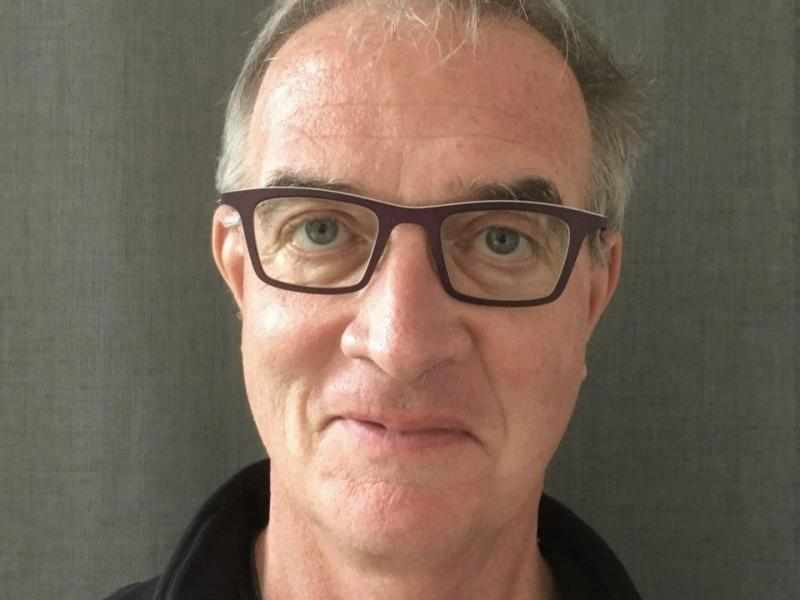 As part of a Forbes Series about the future of Tech & Humanity, Ashoka Fellow Stephen Friend spoke to Konstanze Frischen about the opportunities and challenges of AI-backed medicine, and who makes decisions about our lives. "What does it take to ensure that everyone has agency? In the new era, how...
Read more 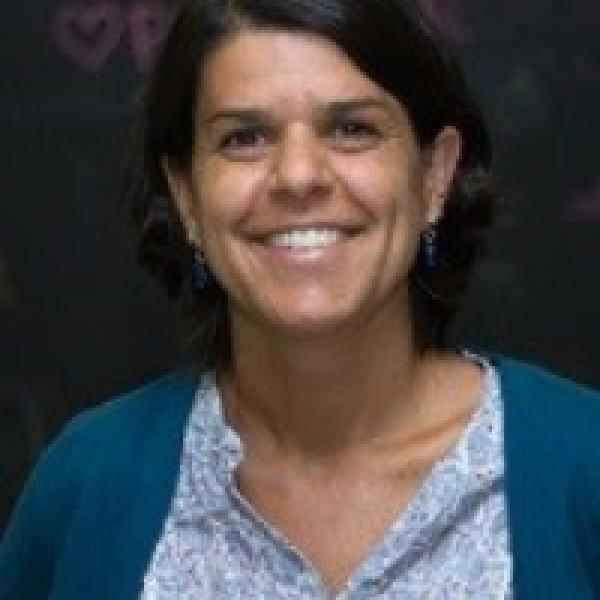 Ana’s leadership started young. As a Scout member from the age of 8, she was taught early what it means to have an idea, and to make it happen. By the age of 16 she was determined to make the Scouts accessible to children from the age of 6 (instead of the minimum 8-year mark).  Today, every single Scout group in Spain includes this range, with a total of 3,000 members.   Today, Ana has created a movement in Spain that brings together social entrepreneurs, companies, public administration, youth and schools to work towards a society where everyone realizes their changemaking potential. 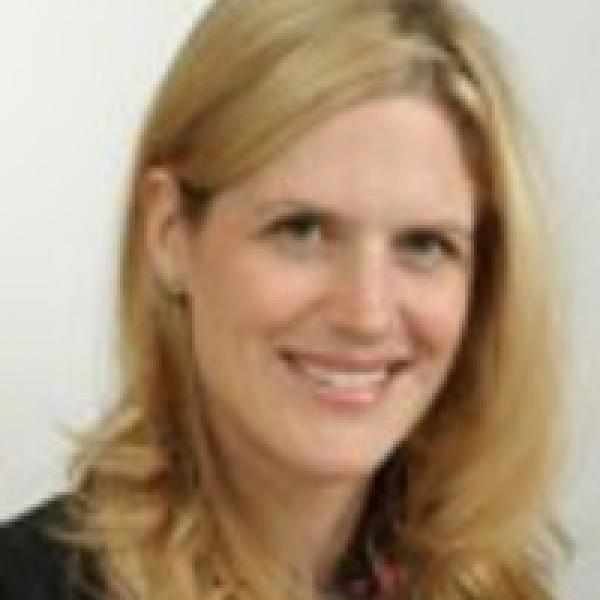 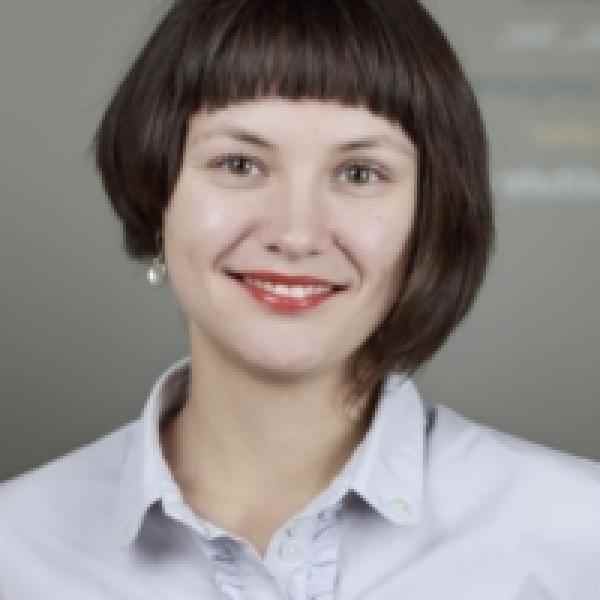 Corina Murafa is leading Next Now/Planet & Climate and is also the Director of Ashoka Romania. Prior to joining Ashoka, she advanced long-lasting positive change in Eastern Europe as a public policy expert on energy and sustainability. She has worked for the World Bank, OMV Petrom, Deloitte, national governments and think tanks. 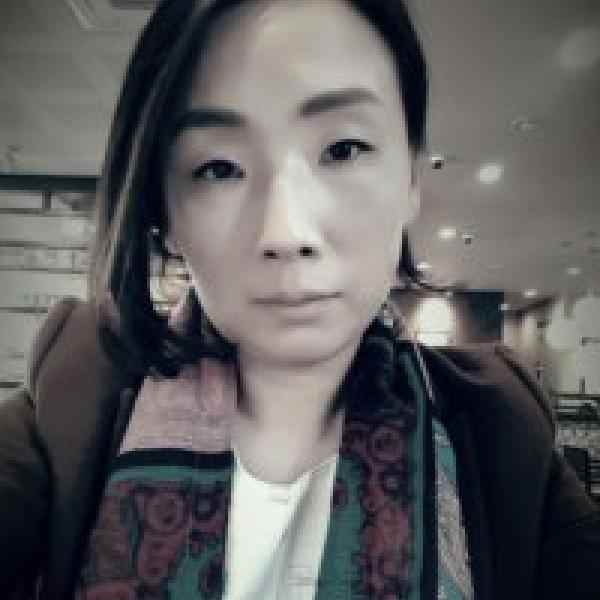 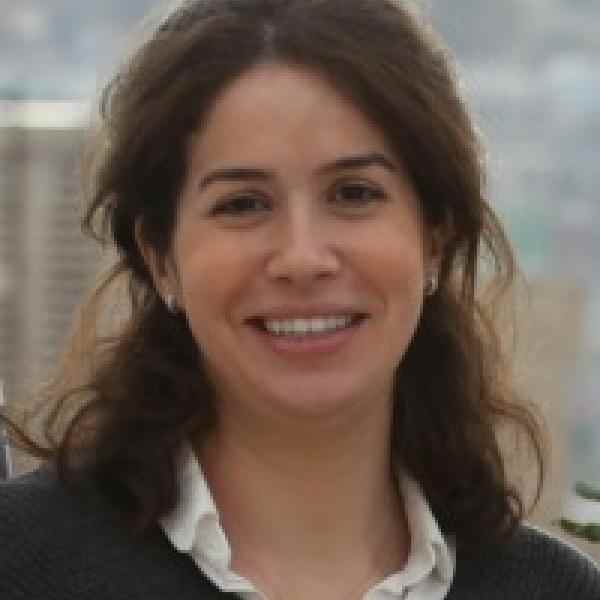 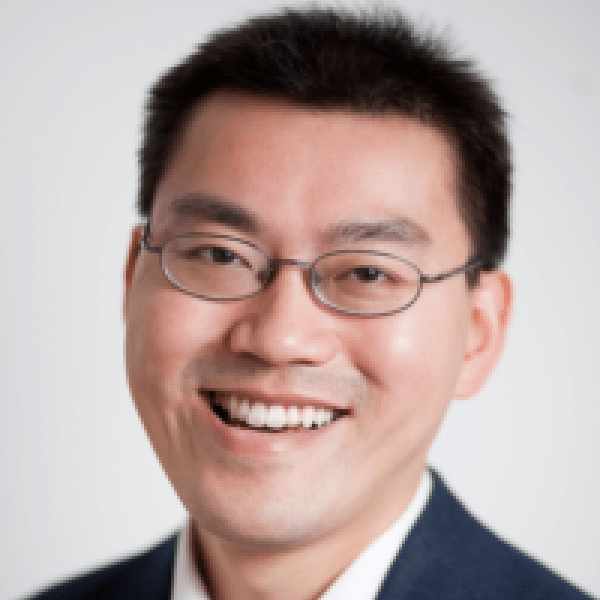 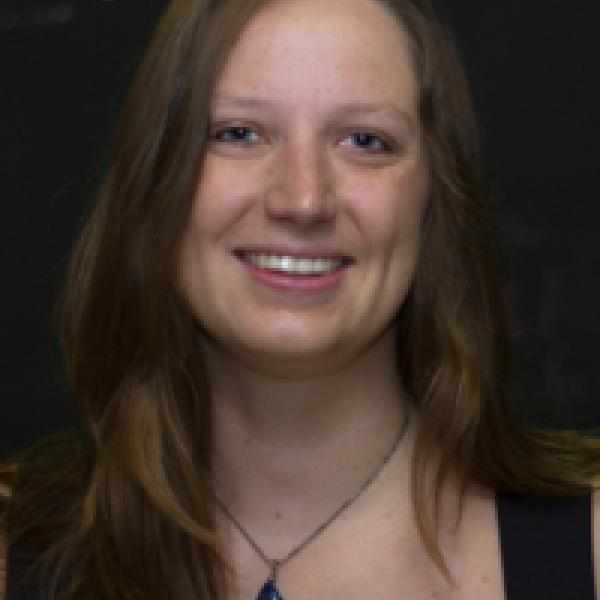 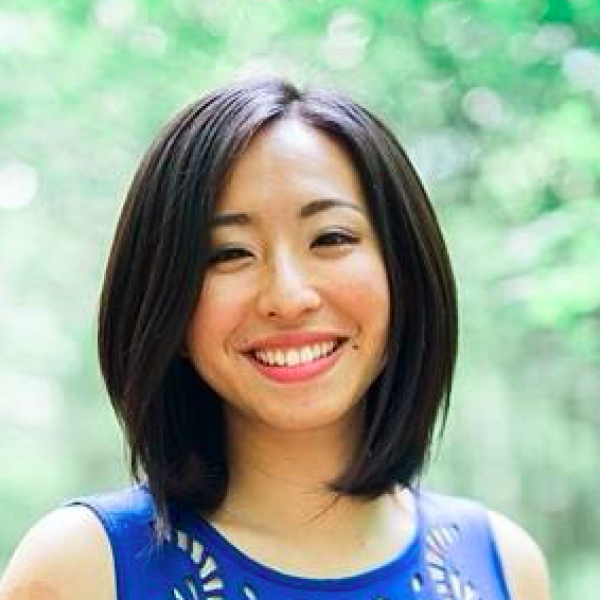 A native of Beijing, Irene spent most of her life in Japan, Hong Kong, and the U.S. After transitioning from a professional musician, Irene ventured into education and international development, and has subsequently worked in the U.S., Kenya, China, Southeast Asia, and India. While in Asia, Irene designed and led youth social innovation programs with local NGOs, combining human-centered design with experiential learning to equip and empower young people from under-resourced areas to solve local challenges. Irene is a graduate of the Johns Hopkins University, University of Michigan, and Vanderbilt University.

What Comes Next Must Start Now!

By channelling the energies of Ashoka’s growing network around collective goals, we believe we have a unique opportunity to reimagine the future of Tech & Humanity, Aging, Planet & Climate, and Gender.