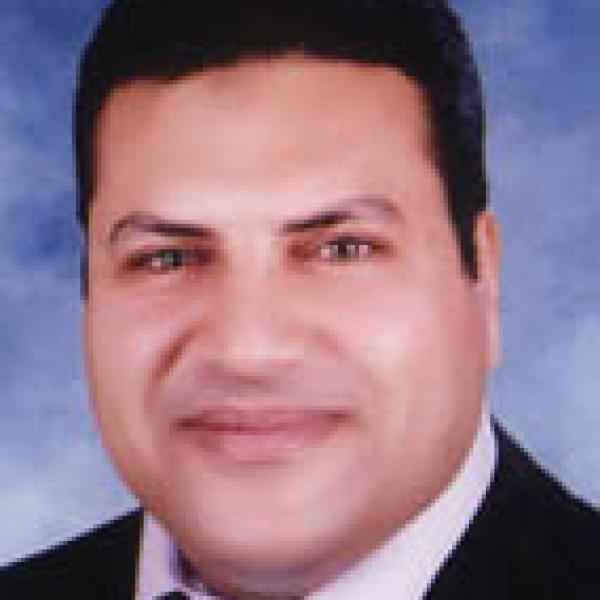 Yousry is creating a positive shift in the minds of Egyptian children and youth so that they become accepting of and tolerant towards each other. Yousry’s vision is to bring about cultural transformation and social change by engaging youth in promoting tolerance and acceptance of the other and through bridging the gaps between social, religious and ethnic divisions in Egyptian society. Yousry’s tolerance initiative is the first interactive classroom-based model where children and youth use the principles of the Universal Human Rights Declaration, relate them to their daily life, engage their families thus spreading them to the wider community and create local initiatives to put the principles into practice. Yousry’s idea is not only unique in content by using the Universal Human Rights Declaration principles but also unique in the methodology he follows which relies on involving parents, students and the community at large in implementing local initiatives.

Yousry is creating a positive shift in the minds of Egyptian children and youth, so that they may become accepting of and tolerant towards each other. He is building a new generation of future by spreading a culture of tolerance and acceptance amongst them so that they can diffuse the message through personal interactions with others in society. Given Egypt’s diversity and the current political climate, it is imperative that a new approach for dialogue is created and implemented.

For nearly ten years, Yousry has been educating young people about this culture of tolerance by addressing subjects relating to civic education, debate, citizenship, and cross-sector understanding, all based on universal human rights principles. His goal is for young people to act tolerantly without effort, so that their thoughts and actions become instinctual and free of references to social, economic, political and religious stereotypes. At a time when most others have stopped working on civic education, Yousry has continued to tackle this problem with an entrepreneurial spirit and a sense of urgency given the high stakes at hand.

Yousry’s inclusive model of tolerance targets the people, organizations and laws that are capable of creating and promoting a culture of acceptance. Yousry is focused on changing the mindset of young students (12 to 18-years-old) in schools and youth centers during their formative years, while other organizations only work on older age groups, ensures that they grow into more tolerant adults and active citizens. By transforming their mindset early on, he creates informed future leaders to act as messengers in various fields of work later on. Using the principles of the Universal Declaration of Human Rights gives young people a framework to base their way of thinking and view of the world on, instead of only being equipped with cultural and religious ideologies.

Yousry also works with citizens organizations (COs) to train staff on ideas of tolerance and acceptance, so they are able to disseminate the message to their communities. After the children graduate from high school, they receive a different curriculum that is well suited and engaging for young adults aged 18 to 30, particularly those studying or working in media and law, so they can broadcast the same message of tolerance and acceptance through appropriate channels. In addition, Yousry has started engaging in dialogue with religious institutions, both Christian and Muslim, to integrate tolerance and acceptance in religion classes in Al Azhar University and Church Sunday schools. Finally, Yousry is actively working with pressure groups and advocacy campaigns to change the legal landscape of Egypt, facilitating an environment free of discriminatory laws and regulations.

The abundance of social, cultural, economic, political, and religious diversity accounts for the richness of Egyptian society. The problem, however, is a lack of integration and communication between and within different sectors of society. Recent outbursts after the January 25th revolution between and within sectors of society have highlighted the extent to which a positive mind shift towards tolerance and acceptance is necessary within the country. There are no programs that specifically focus on fostering tolerance and acceptance

Social, cultural, political, religious and economic differences are interrelated divisions within Egyptian society. Each sector of society tends to have its own cultural and social norms. Additionally within each sector there are various sub-cultures. Not everyone in each sector ascribes to the same belief which creates divisions and conflicts between and within sectors. Religion, for example, is a very present sector of society, yet tensions within the sector have led to intense intolerance. Using personal religious reference to form ideas about others leads to a subjective and intolerant set of beliefs. Yousry uses internationally agreed upon principles of human rights as a basis for forming a moral code of ethics to create an objective and inclusive set of values for children and adults to live by.

Such tensions and biases do not emit from a vacuum, and in Egypt, the main culprits are poverty and a lack of access to an education. Ignorance of others’ beliefs and lack of integration amongst different sectors of society contribute to this lack of understanding between the two religious groups. Current religious education does not attempt to create a culture of understanding between Christians and Muslims. Yousry encourages young people to critically examine these differences and learn to choose for themselves how to think and act.

Politically, Egypt also suffers from a culture of intolerance. Currently, different political parties exist with varying beliefs; however, intra-political denunciation of each other makes constructive communication impossible. Generally, Egypt’s political arena and culture do not accommodate cross-sector and cross sub-culture communication. Yousry is shifting the minds of youth to become more tolerant and accepting, thus facilitating their ability to effectively and sensitively communicate with the other.

Furthermore, there are no tools provided to youth to properly express ideas of tolerance and acceptance. In traditional culture in the Arab World, the concept of discussion, debate and self-expression is often discouraged and considered. Barriers are placed by society and censorship is enforced by the government, further hindering the possibility of meaningful. Yousry provides children with information on debate, civic education, and encourages them to question ideologies, to facilitate an analytical approach to issues of morality.

Until recently, Egyptians have not been given the freedom to engage in politics and become active in the political process. Amidst an environment where people feel they have no power to change the system to better their lives, Yousry’s civic education aims to empower youth to take matters into their own hands and have the discourse to enable them to become active participants and change makers in their society. As Yousry’s students experienced during the January Revolution, such an education and mindset is critical to creating positive social change.

For over ten years, Yousry has been engaging in a variety of innovative efforts to change the mindset of Egyptians, so they became become accepting of and tolerant towards each other, thus directly influencing their political decisions, how they think about contentious issues, and how they behave in their personal lives. Yousry’s four-part organizational method targets children, COs, young adults in media and the legal system in order to create a collective mind shift towards tolerance.

Yousry targets children aged 12 to 18 in schools, youth centers, citizenship clubs and camps. Through his education principles and campaigns, children learn about and discuss social and political concepts, ideologies and stereotypes. Yousry creates a mindset for thinking about tolerance and acceptance, using the Universal Declaration of Human Rights as a model for equality. The children learn to think critically and debate issues relating to citizenship rights, child rights, and many other pressing issues usually not discussed at such a young age. Since he first began in 2002, over 12,600 students in 210 schools in 14 governorates have been positively affected by Yousry’s initiative. These children are poised to become future leaders, and are encouraged to spread the message of tolerance and acceptance to their family and friends.

In order to sustainably diffuse ideas of tolerance and acceptance throughout society, Yousry has begun training COs, teachers and young adults in his methodology. COs are valuable partners as they are already integrated into and respected by communities. Yousry trains CO staff on principles of tolerance and acceptance, and they promote this message to others. Yousry replicates this training model with teachers in schools, who now independently organize and run meetings in citizenship clubs.

Yousry’s work with young adults aged 18 to 30, particularly those in media, has proven successful in transmitting his model of acceptance and tolerance to a critical demographic of Egyptian society. He works with young adults in media specifically, because they are able to diffuse his message of tolerance and acceptance through appropriate channels that reach a wider audience.

Finally, Yousry has been working extensively to change the legal landscape that does not promote tolerance and acceptance of diversity in Egypt. Yousry collaborates with pressure groups and advocacy campaigns to advocate for new laws against discrimination, and to facilitate educating youth on tolerance. His entrepreneurial spirit has served him well when dealing with the fickleness of the Egyptian government. For example, when the Ministry of Education realized that the manuals Yousry uses in public school preach tolerance, acceptance, human rights, political participation, and even discuss religious differences, they stopped giving Yousry’s organization entry permits.

Yousry’s initiative involves a sustainable engagement plan with these four branches to monitor their development and progress. Yousry is keeping track of the COs, students, and young adults that work with him. Along with these quantitative indicators, he measures the number of para-professionals (particularly in the media) that graduate from his programs every year. Additionally, he measures the number of times his manuals are developed, applied and reprinted by other organizations, schools and COs. His strategy has proven effective thus far- the most tangible result is his students that participated in the January Revolution, using their new mindset of tolerance and acceptance to help usher Egypt into a new political and social phase.

Yousry’s five year plan is to increase the diffusion of his message of tolerance and acceptance. He will reach out to more governorates and increase the number of youth and young adults who participate in his initiatives. In addition, Yousry will keep working with more pressure groups and advocacy campaigns to advocate for new laws against discrimination. Ultimately, this will enhance and facilitate the efforts of Yousry and his para-professionals to spread the idea of tolerance and acceptance of diversity. Yousry also wants to finalize a civic education course to be taught as a separate extracurricular subject in public schools and in universities, particularly in media faculties. Yousry will extend this training to COs, religious organizations, cultural centers, libraries, and private sector owners to breed a more conscience mass culture of tolerance and acceptance.

Yousry grew up in Tanta (north of Cairo), Egypt with a hard working father and a loving mother. As a child, Yousry looked up to his father who had positive relationships with the neighborhood church and an uncle who took him along to religious meetings in mosques and with the Muslim Brotherhood. Yousry felt greatly conflicted by the two role models in his life. Later on, in high school, Yousry met his first Christian friend. This marked a turning point in Yousry’s life, when he realized that he had to effectively communicate and cohabitate with someone culturally and religiously different.

Because of these personal experiences, Yousry renounced common culture that he saw as rejecting of diversity and decided to promote his own ideas about the benefits of tolerant thinking and the uses of dialogue amongst different sectors of society, no matter the type or level of difference between them. His ways of thinking have led Yousry to work in the development field for the last ten years. After revitalizing the AAE, Yousry decided to dedicate all his efforts to working on civic education and promoting a culture of tolerance while influencing policy reform.