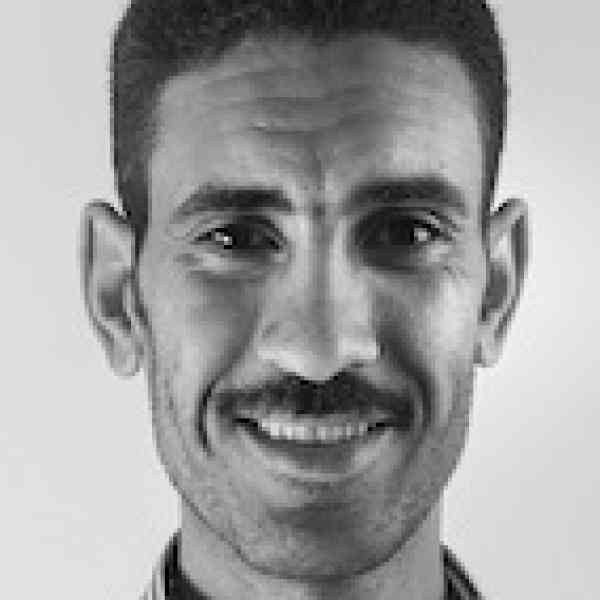 Usama is building social capital and full economic citizenship among local communities from disparate parts of Egypt by preserving local indigenous craftsmanship skills that revive the sense of pride in the local Egyptian heritage and identity, and connect local people to the Egyptian market.

Usama is building a movement that empowers local communities across different parts of Egypt to develop the resources of their local cultural heritage as the basis for integration in the modern market, while building a sense of shared and common identity; moreover, Usama promotes social conscious consumption at the urban side of Egypt.
Usama creates an enabling environment for local communities’ traditional crafts in Egypt’s old, likely forgotten, towns and governorates to thrive through adopting a heritage strength-based approach where each community is empowered to take ownership of its development.
Usama is achieving his vision through a three-pronged approach. First, he creates a media movement that documents and promotes his expeditions to discover the very diverse local indigenous Egyptian communities and displays the communities’ cultural identities and economic strengths. Second, he empowers and builds the capacities of local communities through need-based assessments, product and brand development, equipping them with technology skills to allow connections with people in other cities particularly the capital without having to leave their community, migrate or lag behind in time. Through technology connections, Usama engages the crowds in the empowerment of local communities, focusing on two main stakeholders, namely the designers who can help communities revamp their products and the crowd in Egypt’s mega cities to offer advanced online crowdfunding for the local crafts production. Third, Usama created an online portal “Yadaweya.com”, Arabic meaning for “Handmade Treasures” which does not only serve as a promotion portal for selling the communities’ products but it also acts as a digital archive for the diverse Egyptian cultures and histories. Hence, he encourages socially conscious consumptions that appreciate locally made products and facilitates access to knowledge about cultural heritage.
In contrast to traditional interventions with local communities where Citizen Sector Organizations (CSOs), donors, corporations or middle men focus on the final product, its mass production and marketing which roots competition among communities and craftsmen, Usama is shifting the focus from the product and the competition to the communities shared identities while rooting collaboration rather than competition.
In his future plans, Usama envisions an expansion to all Egyptian local communities that are marginalized and outside capital cities to give them equal opportunities of development and empowerment. Usama plans expansion via establishing connections with local coordinators that serve as entry points in addition to connecting the local communities to each other. He aims to create a comprehensive online digital archive and offline museum documenting Egypt’s local communities’ indigenous cultural, natural and economic competencies. In the longer term, Usama aims to create linkages across communities with similar practices to root further collaboration.

Egypt is full of hundreds of communities with thousands of inhabitants, spread from North to South, who are each characterized by a special cultural heritage that serves their economic sustainability. When heavy machinery and capitalist consumptions have prevailed in recent time, it has greatly affected patterns of consumption; local heritage and crafts are under a threat.
In Egypt, younger generations, especially those who received a higher education, migrate to the capital, the center of economic activities, leaving behind their parents’ legacy. Hence, the traditional art of handicrafts that are based on local natural resources has been increasingly neglected, and with it, those historically dependent on it as a source of income. Simultaneously, many craftsmen no longer find it economically viable to pursue craftsmanship as a primary profession, leading to their market exclusion.
Government and international development agency programs that have attempted development throughout the country with one-size-fits-all models that are not tailored to local complexities have often caused more harm than good. Such programs separate the product from the human and compartmentalize production. Such programs prioritize market-demands for cheaper goods and push craftsmen to create specified goods that are not necessarily what they have inherited from their ancestors, nor what their environments and identity entails. The latter approach results in loss of unique traditional craft skills and local heritages. Competition, rivalry, and animosity increase between people from the different communities around Egypt who traditionally focused on the production of varying complimentary rather than competitive goods.
The push to remain competitive in the market and the transformation of craftspeople into suppliers has led to a serious decline in the sense of pride felt by those from craft-making communities with regards to their own heritage and competence. Indeed, many of the traditional practices are lost over time as families view them as inutile. That trend is encouraged where craftsmen lack access to resources and skills that can allow them to survive in the market without having to forego their community identity.
While there is the potential in urban centers for appreciation of the variety of Egypt’s local cultures, it would require a general knowledge about them and their value. Most people in urban areas are uninformed about the various rural, tribal, and ethnic communities’ heritages, as well as that of the general country. They lack access to information about the different crafts that have been passed on through time, and do not understand the magnitude of the loss of such traditions. This coincides with a lack in socially-conscious consumption, wherein low prices are valued over the preservation of heritage and the empowerment of local communities and their economies.

Born in Koum ElDabe’, a small Egyptian village of 20,000 inhabitants in the governorate of Qena, south of Egypt, Usama had always been fascinated by the history of his village which was home of the first known queen in Egypt.
Since childhood, Usama developed curiosity towards his surrounding environment. His favorite childhood activity was to tour his neighboring villages on his bicycle, drawing the plants and animals he saw on his way, documenting their names by asking the locals and hanging his drawings on his bedroom wall. In grade 9, Usama collaborated with a group of friends to develop a common library for the village where they were able to gather 4,000 donated books. Additionally, Usama participated in launching a simple hand-written local magazine titled “The Voice of Koum ElDabe” and distributed it to the village’s youth. Known for the love of history and environment, Usama started the first informal classroom teaching younger children in his village about their shared natural history and geography. By 1997, a student in high school, Usama was among the very first in his village whose parents bought him a computer. As soon as he learnt by himself how a computer operates, he started teaching others and co-founded his village’s first computer center.

After graduating high school, Usama joined the Faculty of Sciences, Botany and Ecology section where his first endeavor was to start a computer center for the students.
Usama also founded a university club that took students on expeditions to different Egyptian communities especially in the south exploring the local culture and heritage. With his university peers, Usama cofounded the center for future studies which was a statistical center that researches and documents the needs of his village. Through this center, Usama was able to understand the size and scope of problems related to craftsmen. He and his friends had spotted their neighbors who had to shut down their crafts businesses due to the lack of opportunities and shift to something else that was more mundane.
Graduating with merits as the first of his class, Usama had the opportunity to stick to a university teaching job or join the Egyptian Environmental Affairs Agency in Cairo, both of which he refused and decided to go for a job in a natural protectorate in the Eastern desert in the south of Egypt, where he spent years studying and contributing to cutting-edge research and new findings on Egypt’s natural and ecological heritage. Usama had always favored traditional knowledge over academic knowledge.
Not only did the years he spent in this protectorate contribute to his knowledge and entrepreneurial skills in terms of tenacity and perseverance, it also allowed him to become immersed in marginalized communities whose cultural heritage and surrounding nature is a source of identity and economic activity. Through the years, Usama was also able to witness development agencies’ interventions in these communities in ways that damage the social fabric rather than strengthen it.
In 2006, Usama received a scholarship to pursue a post-graduate degree in England after which he returned to Egypt even after being offered a position in? a research lab by an English institution. Back at the protectorate where he was working, Usama became more active with the local community out of a belief that natural and cultural heritage are inseparable. This was when he started several pilots of empowering the local community to promote and preserve their local heritage and products.
Since launching Yadaweya, Usama has been incubated by Egypt’s first social enterprise incubator Nahdet El-Mahrous; he won a Barclays Bank competition for employment and income generation; additionally, he was awarded as a pioneer of Egypt by Synergos; he was recognized by the University of California and the Doha Economic Forum; moreover he received the “Young Visionary Fellowship” from India-Africa Shared Future Program.