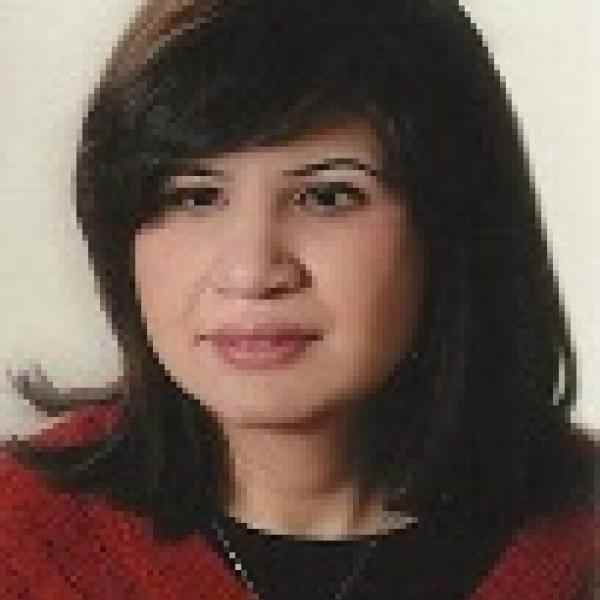 Rawan is working with students, teachers, families and communities to shift the traditional, rote-memorization based educational environment in the Levant region to an interactive and inductive ecosystem which enhances listening skills and imagination through interactive and dialogue-based methods.

Rawan is shifting the educational emphasis in a predominantly visual society to incorporate listening skills to increase interactivity, imagination, creativity, critical thinking, and empathy. Coming from her own experience as a blind person, Rawan realized that the ability to listen and learn by ear is quickly fading in a predominantly visual culture. In an age of increasing mass individualization and on-demand visual learning, oral histories and a culture of listening is losing its place in education. Rawan has, therefore, institutionalized the concept of listening classes to equip teachers with non-traditional curriculum linked to interactive and applicable teaching tools.
A classroom environment where listening is a core method for education delivery immensely contributes to shaping a culture of collaboration and community, influencing younger children’s personalities while equipping older students with dialogue, negotiation and presentation skills. Recognizing this, Rawan is influencing the education system by working with the Ministry of Education and involving teachers, students, mothers and community volunteers to offer access to education in a non-traditional environment. This creative teaching methodology is paving the path to other innovations in education, principally in teaching methodologies. Rawan’s work creates a space for more participatory interaction and creative learning and invites teachers to re-think traditional learning methodologies.
Already replicated in schools and refugee camps throughout the Levant region, Rawan has plans to spread her methodology to the rest of the Arab world.

The 21st century’s widespread use of technology has largely changed the nature of human communications. The negative effects of technology in acquiring information, however, lie in its passive nature. Children who rely more on visual material get accustomed to being receptive of knowledge rather than imaginative and analytical. The overuse of technological advancements and one-way learning methods affects a person’s personal growth, skills development, and communication capacity. Passive learning significantly affects social skills development, particularly communication skills, as information is relayed without the need to respond or react with other people or express and discuss one’s opinion.
In our highly visual world, children learn to become dependent on visual input to stimulate their attention, barely becoming able to sit and listen, for example to an educational story, without any visual stimulation or input. However, this has a detrimental effect on their listening development, which is a vital skill necessary in the classroom. Through listening, a child gains the ability to distinguish sounds from one another, determining the direction from which a sound comes, and recalling or memorizing auditory information. This further enhances their abilities to develop expressive language and cope with academic school demands. The development of good listening skills for children allows them to gain attention skills as well, which positively affects their interaction with their peers as they learn to communicate their thoughts effectively.
The focus of education methods in the Arab Levant region that rely more on memorization and instruction, rather than analyzing and interaction, leads to children lacking essential skills such as creativity, imagination, communication and empathy. Further, Jordan’s education system is still very traditional in teaching methodologies. Teachers are not generally given the creative freedom to innovate within their classroom and try new styles of teaching and learning. Thus, most classrooms lack a participatory learning environment.

Rawan was born to a very supportive and understanding family who were always empowering her to stretch her potentials and creating opportunities for her to interact with her peers. Her mother played an influential role in her upbringing. Rawan's mother did not know how to use Braille, yet always strived to help her daughter study by reading the lessons for her every day. Rawan would learn, respond and write answers based on listening from her mother.
Initially, Rawan joined the only school in Jordan for visually impaired children until grade six. She was very active and participated in several extracurricular activities, especially ones that involved public speaking skills and presentations which allowed her to gain self-confidence and build good relationships with her teachers. She had the opportunity to be part of the children parliament in Jordan, through which she travelled to several countries and conducted interviews with many high profile individuals. This experience helped her to understand children’s’ rights and develop leadership skills.
From grade six onwards, Rawan transferred to a school for mainstream children in which some educational resources were not available in Braille and teachers were unprepared to deal with visually impaired children. At that point, Rawan experienced a different world where her peers and teachers thought she was different or required special treatment. It was Rawan's outgoing and confident character that helped her get along with her colleagues and prove to them that she wasn’t any different.
Pursing higher education, Rawan enrolled in theater school amidst several objections from people surrounding her, including the president of one of the NGOs working with visually impaired who protested that theater is not a sector for people with visual impairment. However, with unconditional support from her family Rawan was able to enroll in theater and drama studies.
It was not an easy journey for Rawan who often found herself the subject of ridicule, even by her Professors who often belittled her abilities. However, her persistence helped her complete the journey and she was the first person with a visual impairment to carry out a mono-drama performance in theater.
Following graduation, Rawan pursued a career directing and writing plays and producing documentaries, while also volunteering in several activities with the visually disabled. Rawan's journey took its most important turn when she was able to channel all of her knowledge, networks and passion towards creating an educational environment that fosters creativity, empathy, communication skills and freedom of expression among children. She founded Raneen in 2009 and has since been awarded several prizes for her professional and voluntary work like the King Abdullah Youth Innovation and Achievement award as well as the Synergos Arab Social Innovators Award.