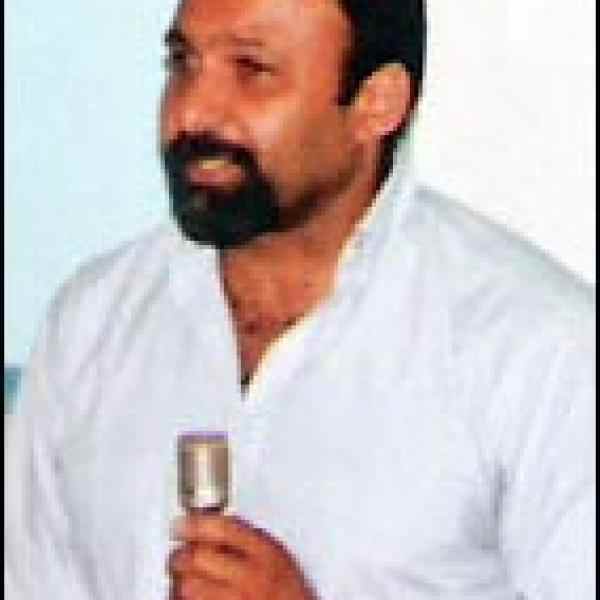 In rapidly developing areas where the production of garbage threatens to overwhelm fragile systems of sanitation, Sherif El Ghamrawy develops an approach to waste management that brings citizens, businesses, and local governments together in the simultaneous pursuit of environmental protection and economic development.

The problem of waste management is bearing down on communities across Egypt, vexing the government, siphoning resources from other important initiatives, and endangering environmental and public health. Sherif has designed an effective, locally managed approach to garbage disposal that creates jobs and capitalizes on the collection and resale of recyclable materials. In it, neighbors work together in a coordinated effort to rid their streets of trash, building a full community investment in environmental conservation. Sherif demonstrates that local management can be a valuable and responsible alternative to the costly programs offered by foreign companies. He established the citizen sector organization Hemaya (meaning “protection”) in 1997 to test his approach in Sinai, and he is now spreading this approach far and wide, offering advice and technical expertise to hundreds of prospective founders of waste management initiatives.

Egypt’s 26 governorates produce more than 25,000 tons of garbage every day, and the rate of production rises every year. In the absence of effective large-scale recycling programs, landfills fill up at an alarming rate. Wasteful and hazardous methods of disposal, like the burning of unsorted trash, are common. Waste management has become an urgent issue for Egyptian authorities, but the fragmented and inefficient systems that currently dominate waste disposal in their country elude their attempts at meaningful reform.

Frustrated by local failures, the government increasingly turns to foreign companies to deal with the trash burden. A contract signed in 2003 left the French company Onyx, part of the international conglomerate Vivendi Environment, in charge of garbage disposal for the city of Alexandria. In the agreement, Onyx receives $446 million to manage one million tons of waste per year for fifteen years—roughly ten times the cost per ton of the old locally run waste management system. Though new foreign-managed programs cost more, they have so far failed to solve existing disposal problems, and they have even created some new problems. They restrict garbage collection to main streets, leaving many city dwellers blocks away from the nearest collection site. They monopolize jobs that once belonged to Egyptians, including the thousands of zabbaleen people who earn their living picking garbage. Perhaps most troubling, they crowd out local initiatives to reduce and dispose trash from inside Egyptian communities.

Rapid development is applying more pressure to already strained waste management programs. For example, starting in the mid-1990s, tourist development of the Aqaba Gulf brought the construction of massive hotels along the gulf’s southern shores. The construction itself created a huge amount of waste, and it paved the way for rapid increases in consumption—and rapid increases in the production of waste—throughout the region. Without strong systems for recycling and disposal, overflows of garbage often pile up along the roadsides of Egyptian towns or find their way into overflowing landfills or polluting incinerators.

Sherif has established a complete waste management system in the area of Sinai as a model for locally managed systems throughout Egypt. Drawing on contacts and resources he gained in building his country’s first ecotourism lodge, he founded Hemaya and gathered financial and political support to build a regional waste transfer station. He then recruited and trained local citizens to collect and sort waste, using the station as a home base for high-quality, efficient recycling and disposal. Within a few years, he won contracts from local hotels and the City Council to collect and transport the majority of garbage in Sinai.

As Sinai grows cleaner, fees from the businesses of a newly thriving tourism industry support the operation and growth of Hemaya. But even in the hard times of the intifada, when few Israelis ventured to south Sinai for vacation and most hotels couldn’t afford to pay for garbage collection, Sherif and his team continued to serve. He kept going in spite of a lack of funds, demonstrating the effectiveness of his locally led approach and earning the loyalty of his customers. Now businesses are reimbursing him for the work performed years ago.

Sherif’s success has inspired demand not only for his services, but for his model as well. He is helping the neighboring protectorate of Saint Catherine to adopt the model, starting with the construction of a new waste transfer station. He will soon expand north to the city of Taba, establishing a third station in Hemaya’s growing network. Recently a delegation from Al Qusayr, a town on the Red Sea, asked for Sherif’s assistance in developing a waste management system for their region.

Hemaya by itself can advance one directorate at a time, but through trainings and advocacy, Sherif can spread his model quickly across Egypt. He directly trains and supports young leaders in founding citizen groups or small businesses for waste management. He and his team offer the knowledge and tools these entrepreneurs need to get started; he shows them how to build transfer stations, recruit and involve local people, develop sustainable sources of funding, and manage the sale of recyclable materials. Sherif freely shares his organization’s best practices to help like-minded workers establish good jobs and a clean environment for their communities.

Sherif El Ghamrawy was born to an upper middle class family in Agouza in 1956. He became a serious athlete at a young age, traveling the country and winning national awards in swimming. After attending a German preparatory school in Cairo, he took several internships in Germany to gain exposure to the world outside Egypt. He earned a degree engineering and quickly turned his attention to pollution and environmental degradation, problems to which most Egyptians paid no heed at the time.

In 1982, Sherif turned down lucrative career opportunities in the private sector and set out for Sinai, with little money but an unshakable determination to forge the future of environmentally responsible tourism in his country. For four years, he collected the resources and support for Egypt’s first ecolodge, Basata, often having to plead with government officials for the license to build. The lodge finally opened its doors in 1986, and since then it has become wildly successful, becoming an international model for responsible tourism. The network of allies that Sherif built through his work with Basata forms a strong foundation for his work to transform waste management.