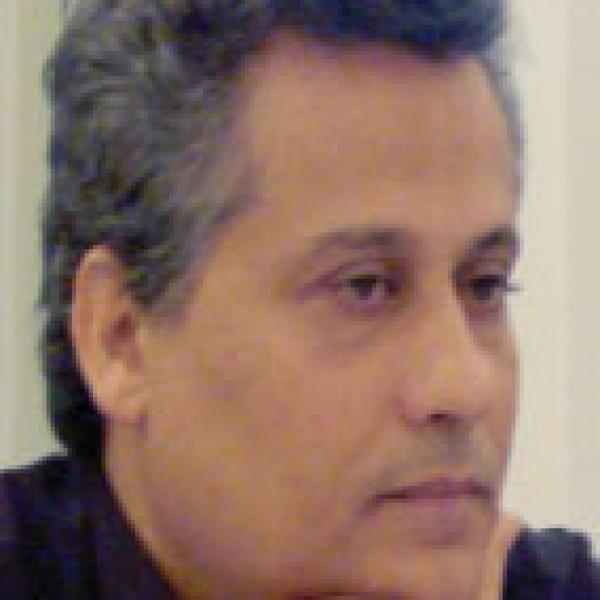 Mohamed Abou El Naga is working to create sustainable employment in rural villages and communities in Egypt by reviving the traditional craft of papermaking. His process addresses a number of challenges in the community, including providing skills and work to the unemployed, women, and the disabled; recycling agricultural waste which would otherwise be burned; and creating new markets for paper products and art.

By working to expand the traditional profession of papermaking, Mohamed is helping people in struggling rural communities in Egypt improve their living conditions. Through his center, El Nafeza (The Window), he manages a trainer of trainers program in which communities suffering from high rates of unemployment are endowed with the knowledge and skills necessary to successfully embark on professions in papermaking. Using low cost equipment and trained craftspersons to aid with the training, he is helping a new generation of people start their own businesses.
Mohamad aims to help those most in need (particularly unskilled workers and women) attain employment. He also wants to reduce pollution associated with the disposal of agricultural waste by using it to produce saleable, environmentally friendly products. In doing so, he is eager to create a niche for Egyptian producers in the growing and lucrative global handmade paper markets, thereby ensuring the sustainability of the profession in his country and its future economic strength.
While his plan is based in Egypt, Mohamed has begun to identify domestic and international markets where it could expand, and hopes to do so in the future.

In Egypt, economically disadvantaged urban and rural dwellers suffer from a severe lack of employment opportunities. Official government estimates claim an 8 percent unemployment rate but economists believe that it may be as high as 30 percent (Ahram Weekly). While most job opportunities are available in major cities, that is not the case in rural areas from where economists estimate nearly 52 percent of the total unemployment arises. This spike in unemployment has been linked to many detrimental outcomes in Egypt, the most prominent being the recent rise in extremism.

While the negative impacts of unemployment weigh heavy on Egyptian society, the country also faces significant environmental problems, some of which are attributable to the disposal of plant waste. Farmers, unable to rid themselves of plant refuse such as rice straw, banana stalks, and river flowers, resort to burning these goods, which contributes to the overwhelming problem of pollution. As a result, agricultural communities that rely on farming for sustenance suffer because of the refuse they generate. Overall, there has been little effort to reform this practice due to the lack of environmental awareness and knowledge of alternative uses of agricultural refuse among village communities.

Mohamed is developing papermaking centers to address the issue of unemployment and environmental pollution from agricultural waste in a creative and integrated way. Throughout history, Egypt has been known for its art, and yet, in recent years, has not quite lived up to its storied past. By restoring the historic craft of papermaking, increasing production, and reaching a larger market, Mohamed hopes not only to bring the profession into the 21st century, but to draw on Egypt’s creative history as inspiration to transform disadvantaged communities for the better.

To do this, Mohamed established El Nafeza as a training center for apprentices in the craft of papermaking. Currently, El Nafeza serves as an incubator for a new generation of artisans. Through this program people are equipped with the skills necessary to establish centers all over the country, particularly in poor, rural villages where locals are taught how to use their community’s agricultural waste to manufacture paper products to very high artistic and commercial standards.

Mohamed trains 10 to 15 trainers annually, who in turn, train at least ten others, building an ever-increasing cadre of artisans to spread his idea. He looks specifically for candidates among women and those with special needs. Graduated trainees are equipped to establish their own papermaking centers in communities all over Egypt; reviving the profession, creating job opportunities, and opening new markets. New centers started by El Nafeza and its community of trainers are given guidelines to help achieve maximum social impact, addressing issues such as employing a proportion of the unemployed, marginalized, and disabled in each community where they operate.

Mohamed also sees his endeavor as having the potential to bring about broader environmental reform among a wide variety of trades. For instance, when he began collecting rice straw for free for his projects, farmers saw the value of this refuse and began selling it instead of burning or leaving it as litter. Subsequently, a new company selling both rice and rice straw has been founded. As his idea takes root and spreads, Mohamed hopes that other manufacturers and craftspeople will see that they can generate income by using agricultural refuse in new productive and environmentally friendly ways.

Expanding beyond El Nafeza’s students, Mohamed is also collaborating with citizen organizations (COs) to offer training to local community members on papermaking and utilizing agricultural waste. Through such collaborations he hopes to expand his idea to a new sector, demonstrating how these activities could not only mobilize local resources, but serve as an income-generating project to cover some of the CO’s expenses. Mohamed has also worked extensively to sign marketing agreements for his distinctive paper products with exhibits and galleries around Egypt, as well as with a number of interior design and art shops.

At the heart of Mohamed’s idea, however, is marketing. Currently he is establishing a permanent exhibition within El Nafeza through which paper-products are sold to the public. Tapping into his extensive network of international artists, he organizes exchanges of artists from around the world to come and participate in workshops that will also include papermakers. Papermakers will teach artists how to make paper, and artists will share with papermakers their innovative designs. The workshop’s products will be exhibited in Egypt as well as in the artists’ countries of origin.

Mohamed has effectively expanded the market for the paper made through his program to an international audience. He has opened markets in Jordan and is negotiating a contract with a major firm in Germany. In the last year, he conducted sales trips to different countries, attending conferences, galleries, workshops, and fairs in Switzerland and Senegal, where he hopes to see his idea flourish.

Mohamed was born in the town of Tanta in 1960. Living in an area not quite rural, not quite urban, and full of contradictions, sparked both his artistic imagination and spirit for reform. Growing up, he watched agricultural land speedily earmarked for construction and witnessed first-hand environmental degradation and the negative effects of rapid and unplanned urbanization: An experience that shaped his future pursuits.

For the past ten years, Mohamed has studied paper-making techniques in Mexico, India, China, the US, and Japan. After receiving his PhD, he trained for three years in Dr. Hassan Ragab's papyrus factory, where he realized current professionals’ inability to pass on knowledge and passion for the craft to new generations. Learning from the mistakes of those before him, Mohamed set out to maximize the impact of his work and encourage others to pursue it as well.

After mastering the art of papyrus-making through on-the-job experience, Mohamed received a scholarship from the Japan Foundation to study abroad. His time in Japan helped him realize that art and the careful use of environmental resources can help promote sustainable community development. There he saw how paper-making could revive a whole community, create jobs, and generate income for unskilled women and men. He returned to Egypt eager to apply his insights and create a new model of papermaking and sustainable development.

Mohamed currently lives in Cairo with his wife, Inas, and two sons, Yehia and Yousef.