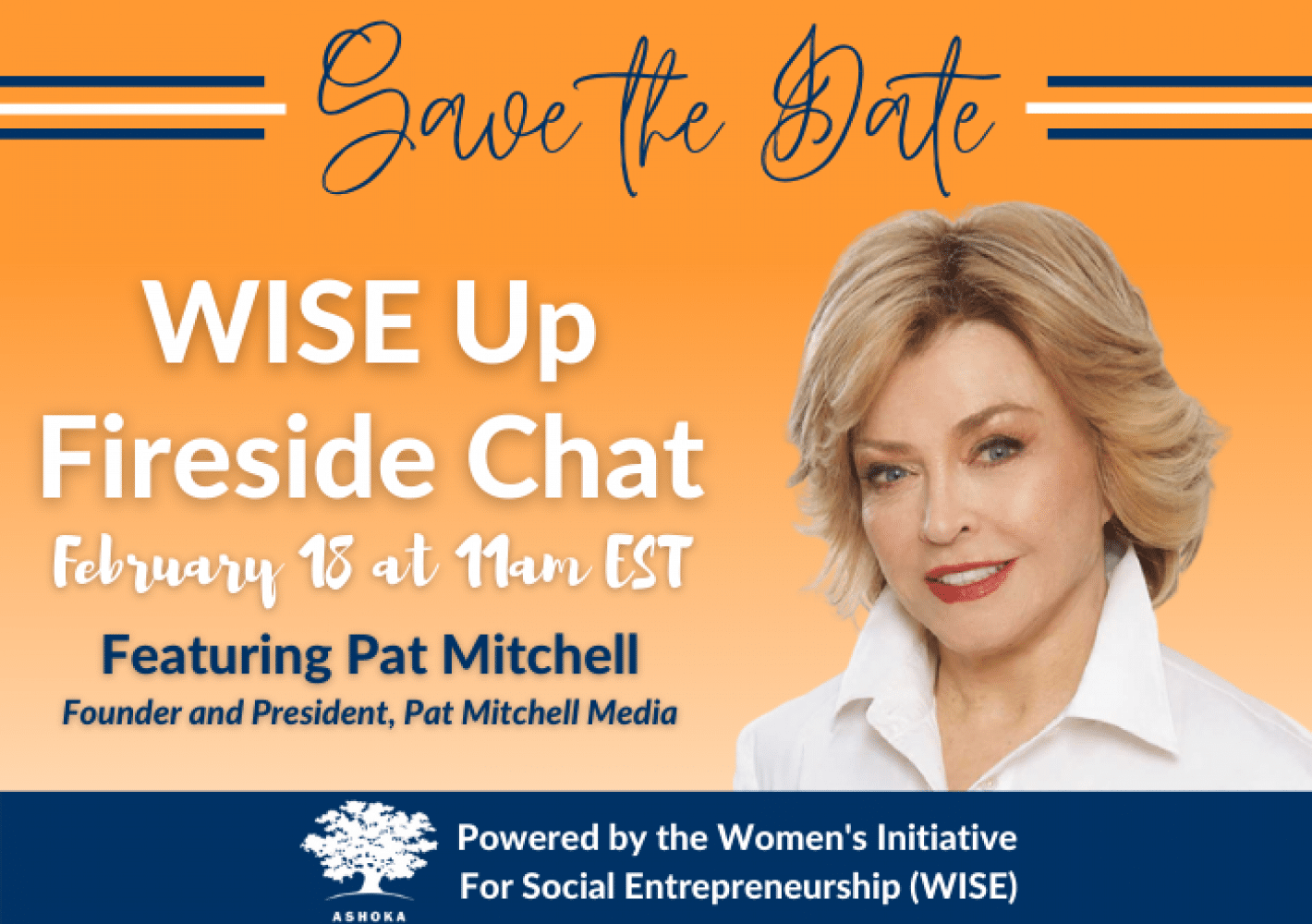 Don't miss the WISE Up Fireside Chat on February 18, 2021 from 11:00-11:45 am EST with Pat Mitchell, founder and president of Pat Mitchell Media. During this chat, we will delve into Pat’s unique insights into making impact and her vision for an ecosystem that celebrates the impact women social entrepreneurs lead.

Pat Mitchell is an Emmy award-winning and Oscar-nominated producer committed to leveraging the power of media to tell women's stories. She is the first woman to own and host a nationally syndicated daily talk show and the first women president and CEO of PBS and the Paley Center for Media. In partnership with TED, Mitchell launched TEDWomen in 2010 and is its editorial director, curator, and host. Among many other achievements, she has worked as the president of CNN Productions and has been honored by the Women's Media Center's first-annual Lifetime Achievement Award, now named in her honor to commend other women whose media careers advance the representation of women.

This Fireside Chat is part of our global Women's Initiative for Social Entrepreneurship (WISE), a framework for elevating the number, knowledge, and power of women social entrepreneurs.