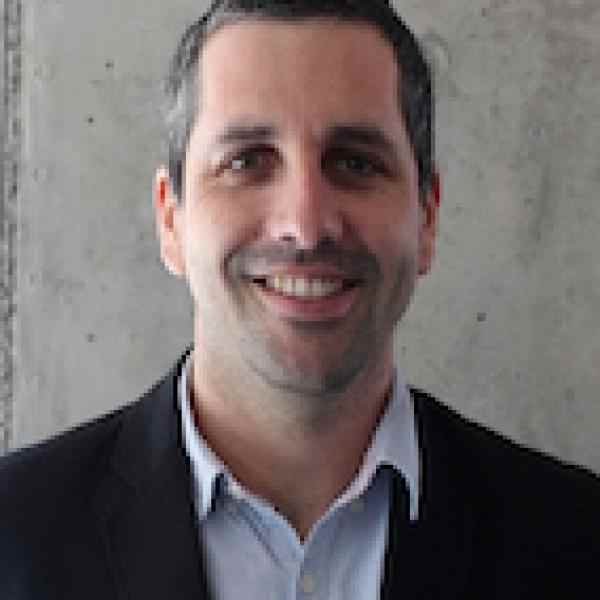 Juan Pablo is changing the way in which Chilean society relates and solves problems. Through a series of initiatives and related organizations, he is driving collaboration between all social sectors, promoting social innovation in B Corporations, government, and civil society to generate solutions to current social and environmental issues.

Juan Pablo has created a system that seeks to transform how societies develop and address social problems. Under the umbrella of Sistema B (B Lab South America), he is generating well-represented and high-impact collective initiatives to model new ways of companies, government and civil society interacting to solve social problems. By bringing these three sectors together around a common vision, Juan Pablo is redefining the concept of success so that, for the first time in Chile, diverse agents of social change are working toward the same goals together. This is creating a shift in approach, getting people and organizations to look first for collaborative opportunities when addressing an issue or doing business. This way of creating solutions to social and environmental problems has great potential, not only for impacting a city, but for modeling a new way globally.

One of the important innovations Juan Pablo designed through Sistema B is the 101 Solutions project -- an open platform joining more than 50 organizations from all sectors. After running for only 11 months, the platform has already advanced legislation around Social Enterprise and sparked conversation around changes in other public policies. Furthermore, Juan Pablo has created a series of collective initiatives including: the Company Builder program to increase the social, environmental, and financial impact of B Corps; a board game to educate children and young people about social values; the International Festival of Social Innovation; and the Model of Viral Multiplication, whose main purpose is to serve as a map to installing Sistema B’s in countries and cities worldwide.

The principal stakeholders -- investors, public servants, academics, and others -- have quickly shared all of these projects. This has shown the initiatives’ potential for replication and larger impact on society at large. Juan Pablo is also leading the expansion of B Corp certification across Latin America, which he sees as one of the mechanisms, along with other innovations, to achieving the systemic change that Sistema B seeks.

The development of entrepreneurship and businesses in Chile and Latin America has allowed for economic growth and social improvement. Yet the same time, this growth has generated problems such as inequality, the degradation of ecosystems, and in many countries a slight decline in poverty indices. Chile in particular has grown steadily over 2014-2015, increasing its GDP and slightly lowering poverty rates. However, inequality remains strong, with a Gini coefficient of 0.51, placing the country amongst the 15 most unequal countries in the world.

When indicators of growth and accumulation of wealth are used as the ultimate markers of a country’s success, the importance of collective impact, common values, and improvement for the overall progress of a society is minimized. This current way of working toward and measuring achievement in every area does not allow for societies that prioritize social wellbeing for all.

Several academic, civil, private, and political movements seek to provide solutions to society’s problems but pose the need for revolution and the remaking of the capitalist economic model. This approach simplifies the problem, missing the opportunity to create change from a convergence of agendas. Other types of movements advocate an evolution of the current model (Corporate Social Responsibility, conscious capitalism, and the economy of the common good, for example), yet these place business at the core of the solution, downplaying the role of other sectors.

Companies do, however, play a fundamental role in driving a new way of working. Beyond being a growth engine, a company can drive social change if structured partnerships between government and civil society are at the core of its business. This theory is difficult to bring into practice in a country such as Chile where people do not see business as a source for change -- surveys show that 90% of the population does not think that businesses are changemakers.

In Chile and across the world there are many people looking to create change, yet they are doing so by themselves, without connecting with others or forming networks, and this prevents them from achieving their goals efficiently or realizing effective solutions to society’s problems.

Juan Pablo’s strategy brings together different sectors to find solutions to social problems through entrepreneurship and collaboration. Emphasizing proactive and purposeful participation, the objective is not to criticize current approaches but to design concrete plans for innovation.

At the end of 2011, Juan Pablo and three other entrepreneurs decided to travel to New York to understand the B Corporation business model. All four had started their own businesses with clear social and environmental purposes. Then, in early 2012 Juan Pablo led the simultaneous creation of Sistema B in Chile, Argentina, and Colombia with the objective of scaling up the community of B Corporations and generating an ecosystem in which they could thrive.

Today, Juan Pablo is leading the linkage between businesses, civil society, and government. He builds opportunities for them to join a network of other change-leading organizations and involves them in the re-working of the economy – a system where success is based on generating common well-being.

There are several examples of the ways in which Sistema B is initiating systemic change. First, the organization is leading and promoting the expansion of B Corps in Chile and across Latin America. This new way of working invites a redefinition of business’s purpose as including social value creation. Second, the B Corp expansion is based on the Model of Viral Multiplication, a method designed by Juan Pablo and his team. The main objective is to implement communities of practice and nodes of Sistema B’s in different countries and cities to serve as hubs for growth of a global movement. The model allows for growth beyond the team’s “operational borders” in Argentina, Brazil, Chile, Colombia, Ecuador, Peru and Uruguay. Finally, in the spirit of collaboration, decision making happens among all the relevant actors of the B businesses: B Corp businessmen and women, buyers, investors, academia, political decision makers, and opinion leaders.

Juan Pablo also co-created the program Company Builder for businesses with a purpose and B Corps that want to grow their business without loosing their triple impact (social, environmental, and economic). The program works in alliance with other social organizations. In the first pilot program, 9 businesses participated in 8 months of mentorship and training to focus on growth with a triple bottom line.

To impact public policy, Juan Pablo designed the 101 Solutions network, an open platform that has brought together more than 50 organizations from several areas, including social entrepreneurs, business entrepreneurs, public servants, academia, investors, and social leaders to collaboratively propose solutions to social problems. Over 500 solutions were collected, and the best proposals were presented to the government for consideration as new public policy. One of the first visible changes this initiative has achieved is that in only 11 months, a bill for Social Enterprise is in draft. Some of the projects presented have already led to public co-working spaces and discussions of labor plasticity, i.e. giving workers the possibility of working from home to reduce travelling time and expenses and create social impact bonuses.

Also as a consequence of the 101 Solutions initiative, Sistema B and some of the organizations in the network were invited to take part in a working group at the Chilean Ministry of Economics. Another result was seeing the need for a regulatory frame and favorable laws for these types of businesses and entrepreneurial activities. This led to the creation of a juridical group (lawyers, political decision makers, businessmen and women, civil and political society members) to work on the theme of social enterprise and collaboration for social good.

Simultaneously, in looking to educate new generations and shape their way of thinking about society, Juan Pablo invented a game called “Farmers.” It teaches the values of Sistema B to children and young people including: the importance of working toward public good; purpose-driven entrepreneurship; and generating social and environmental benefits with financial returns. Picking up on the lessons of European and North American board games, and under the premise that games are the “mirrors” of society and their reality, the goal is to “play with” the construction of a new economy. Although designed for children, the game intends to reach families and presents a new way of winning: it can be won in many ways, but strategically, playing in the most cooperative form (cooperation + competition) increases the chances of winning (and one or more players can win simultaneously).

Sistema B is also part of the organization Festival of Social Innovation (www.fiis.org) which invites people from all walks of life to participate in activities to showcase initiatives creating change around the world. Now having run for two years in Chile, the event convenes over 100 speakers, social entrepreneurs (including several Ashoka Fellows and others), musicians, and panels to celebrate social change and collaboration. It is set to expand to 6 other cities in Latin America in 2016.

All of these projects have had quick uptake across sectors, proving their scalability and potential for greater impact. As of 2015 Sistema B is in 7 countries (Chile, Colombia, Uruguay, Paraguay, Brazil, Argentina, and Peru) and in more than two cities per country. Each office finds local leaders to help adapt the programs and create the right ecosystem. To support this budding ecosystem in new places, Juan Pablo is also coordinating measures such as a meeting with 30 senior lawyers from Latin America to construct a legal framework and public policies favorable to the spread of social entrepreneurship and B corps across the region.

Juan Pablo has always taken on the role of social leader in the initiatives in which he has participated. He is able to mobilize others effectively due to his capacity for empathy, as well as his ability to find common goals among diverse actors who would naturally compete. He believes that, “We should leave our personal egos behind for the good of all,” a motto evident in the movement is building.

An experience that profoundly affected Juan Pablo was building a small dwelling with the organization A Roof for My Country (TECHO) during his freshman year in college. From then on, he served as a volunteer with TECHO for seven years. After his first two years as a volunteer, Juan Pablo proposed creating the first microcredit loan for people living in encampments, an idea that was later transformed into a development program. Due to his creativity, commitment, and leadership, Juan Pablo was named Director of TECHO-Chile as a recent university graduate. He started as the sole employee, and after only two years, he had built an organization with more than 60 full-time employees. Juan Pablo then led the expansion of TECHO across all of Latin America.

Juan Pablo is also the Co-founder of LATE, a company dedicated to commercializing basic goods that donates 100% of its profits to more than 20 foundations. Generating social change is his passion. He is known for his limitless innovation in planning new projects to bring companies and the social sector together to work collaboratively, fostering connections between people and organization to make way for a new way of solving problems and doing business.