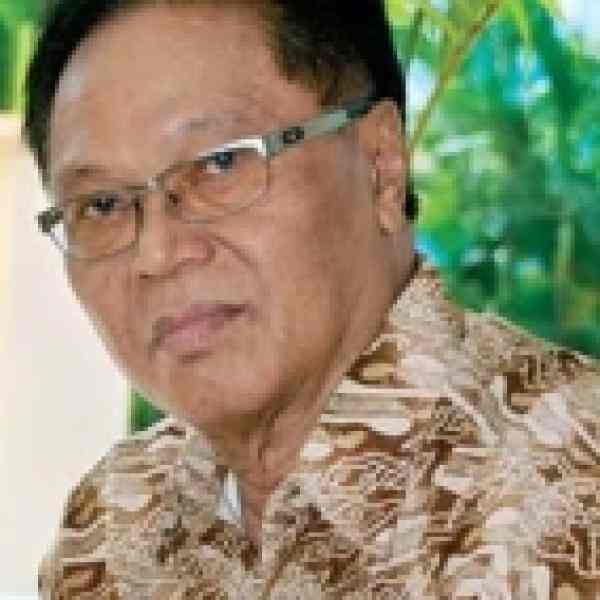 Florentinus Gregorius Winarno has created the infrastructure for the production of safe and secure food in Indonesia. Known as the father of food science and technology, he has established the field of food security and localized job opportunities in the food processing industry.

Winarno has shaped the field of food safety and security using a three-pronged approach: establishing food safety regulations, providing job opportunities to small food production businesses, and supporting education and research in academia in order to build a future core of experts in food security.

Seeing the need for progressive legislation to complement the development of food science and technology, Winarno advocated for a new food law in Indonesia. In 1996 the Indonesian government passed Food Law 7/1996, the basic regulation on food safety and security that ensures a sufficient food supply for all Indonesian households. This legislation served as the legal basis for food security regulations passed in the following years.

In collaboration with the Ministries of Health and Women’s Empowerment, Winarno developed a community-based campaign to support local food. In addition to providing nutritional support for pregnant women and infant children, Winarno promotes breastfeeding as the best nutritional food source for newborns. He also recognizes the importance of supporting small and micro food businesses to improve food safety. Winarno’s work with street food sellers supports the application of new food processing technologies.

While Winarno has laid the groundwork for food safety, he still sees a challenge in the need to improve food security in Indonesia. He founded the Indonesia Food Laboratory Association (ALPI) in 2011 to expand the network of accredited food laboratories in the country. With the ALPI, the growing number of smaller food processing businesses can prosper. That, along with the new research Winarno has supported will push Indonesia’s food industry to meet international food standards.

Indonesia’s 25 million low-income citizens consume less than 70 percent of the recommended dietary allowance of kcal/capita per day. They have an unbalanced diet, consisting of a high contribution of rice and wheat, with low consumption of tubers, vegetables, fruits, soybean, and meat products. Inadequate energy intake combined with poor food quality leads to low productivity, particularly among people living in rural areas. Furthermore, over 100 million people in Indonesia face micronutrient deficiencies, including iron, vitamin A, and iodine deficiency. These deficiencies affect pregnant and breastfeeding mothers and their newborn and infant children most significantly.

Food security and processing has not been fully developed in Indonesia and there are no educational programs devoted to the science and advancement of the food industry. Furthermore, Indonesia has no policy securing food availability, accessibility, and consumption. The government’s Green Revolution policy was developed to promote rice—a shift from local food—as the staple crop across Indonesia. The new policy caused 90 percent of Indonesians to rely heavily on rice as their main source of energy despite other affordable, local food options that are more nutritious. The resulting escalation in price of rice has made it difficult for low-income citizens to afford it. Decreases in local food production in combination with these high prices have been incredibly detrimental to society.

The growing food industry in Indonesia raises concerns about the safety of fresh and processed food products. Textile coloring and dangerous substances, like formalin, are widely used by small-scale food businesses that make up 99.9 percent of the whole industry. Indonesia has no institutions in place to standardize or monitor food safety, which is essential for the food trade, both domestically and internationally.

Winarno’s strategy to shape the Indonesian food industry required him to establish the necessary infrastructure, at a time when food safety and security were not even recognized by Indonesian society. Winarno realized the importance of bringing this issue to academia in order to ensure and build a future core base of experts in the field. This required the introduction of science and education initiatives, which, in collaboration with the faculty of agriculture, animal husbandry, fisheries, human ecology, and agricultural technology, Winarno has developed undergraduate and graduate courses related to nutrition security, and food safety and production. The improvement of higher education curricula and research in related fields will help solve these problems by producing experts in food safety and security.

Winarno has also pioneered high school level vocational schools in agriculture that will build human resources in the operational level of the food industry. He requires that food safety courses are suitable both for medium to large food industries as well as small-scale operations. He encourages students to write articles to disseminate food and nutrition education at the community level. In the early 1990s, he campaigned for food diversification and promoted traditional foods. Winarno then helped universities across Indonesia set up research centers to examine the benefits of traditional food. His efforts continue as he works to develop an encyclopedia for traditional Indonesian food.

At the grassroots level, Winarno has actively campaigned for nutrition improvement programs for pregnant and breastfeeding mothers, helping women understand how to best select highly nutritious and safe foods for consumption. As a result of Winarno’s initiative, the maternal and child health monitoring book by the Indonesian government now features information about nutrition for pregnant women and infant children.

Winarno developed the Street Food Project with support from the World Bank, to improve the quality of street food in Indonesia and around the world. The project looks at street food from diverse lenses, including social economy and anthropology, and considers the role of women, nutritional value, hygiene, and types of food. Street food vendors, who have been victimized in the past, now have an improved status in Indonesia. Over a period of two years, 300 street food vendors in Bogor participated in training on nutrition, food coloring reduction, food poisoning precautions, hygiene standards, and bookkeeping. Winarno worked with the Bogor City government to allow street vendors to obtain cart loans by paying in installments. Winarno introduced dust-free food carts, made of fiberglass and stainless steel, which caught the attention of the World Health Organization (WHO). His model has been replicated in Beijing, Bangkok, a number of Latin American cities, and elsewhere.

Winarno was elected and appointed as the president of the Codex Alimentarius Commission of FAO and WHO from 1991 to 1995. During his five-year assignment abroad, he developed international food quality standards for traditional Asian food, such as instant noodles, canned bamboo sprouts, soya bean cake, sagu, and yogurt. Upon his return, he learned that Indonesia had no food safety law. Winarno then lobbied the government and helped them draft the policy. In 1996, Winarno successfully pushed the government to issue the Food Law, the most comprehensive legislation governing production, import, and distribution of foodstuffs.

While Winarno has made lasting impressions on the country’s own food security for safe and nutritious food, it is not enough when Indonesia so largely depends on imported commodities. Thus, obtaining the knowledge and skills to explore local food technology is critical. Indonesia’s traditional food science and technology was inherited from ancestors, like the tempe. In order to preserve these customs, Winarno established Study Centres for Traditional Food in the 1990s in universities across Indonesia. He is also ensuring the success of small sized food processing businesses in the domestic and international market; Winarno has helped to equip small enterprises with food laboratories through his establishment of the Indonesia Food Laboratory Association.

Winarno, the second of three siblings, was born 75 years ago in Klaten, Central Java, to a poor family. His father, who finished only two years of primary school, worked as a police informant in the village and his mother was illiterate. He pledged to himself that he would rise out of poverty after watching his relatives play with toys that he did not have as a child. Food was never stable for his family, yet he managed to obtain and eat paddy frogs from his neighbor’s field for his protein intake. Admiration for his teacher, who taught him discipline and a love for his country, inspired him to become a teacher.

Winarno was motivated to change his life. His father was unable to fund his junior high study, so he took the initiative to get a scholarship from the school. Having to go barefoot to school did not discourage him. Winarno was active at school, joining sports and the Boy Scouts. After he graduated, he applied and was accepted to vocational school to lessen the burden of his retired father. However, moved by his eagerness to excel, he also applied to a private high school and was accepted. He succeeded in asking the school to waive some of his tuition fee to lower the cost. Living in the orphanage dormitory taught him discipline and how to be a good listener, skills that that he deeply values today.

Winarno was accepted to study at the Bandung Institute of Technology on a scholarship. There, he enrolled in the veterinary program at Bogor Agricultural University (IPB). To help finance his education, Winarno taught at a private high school. He loved to take risks in his studies. He recalls an experiment on papaya sap where he worked to make the meat become tender. After a traumatic experience which revealed to him a phobia of blood, he decided to stop pursuing his veterinary study and shifted his study to food processing technology, recalling the instability of food availability from his childhood and the importance that food safety and security plays in leading a productive life. Winarno did graduate as veterinarian in 1962, but shifted his interest from animal health to dairy hygiene.

Recalling the crucial inspiration he received from his teacher, Winarno became a lecturer at IPB. He received a scholarship to pursue a master’s degree in 1966 and then a PhD in Food Science from an American university. Upon his return to Indonesia, Winarno learned that studies in food science were not available in his country. In 1976 he introduced postgraduate study in Food Science at IPB, which serves as the foundation for food and agricultural research across universities in Indonesia. In 1984 Winarno developed postgraduate study in post-production technology to ensure food safety and nutrition security. To further engage students in the development of food technology, Winarno set up the Food Technology Development Centre and Agricultural Products Processing Pilot Plant at IPB. Winarno’s endeavors are building the field of food safety and security in Indonesia and around the world.