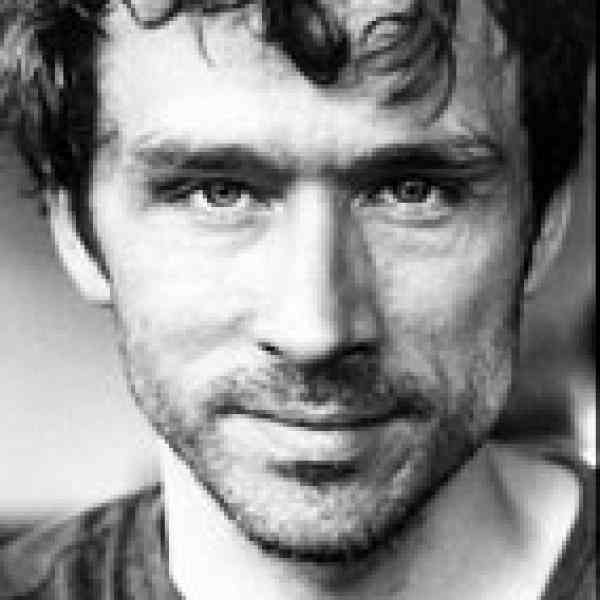 Concerned with the failures of many microcredit schemes, Brendan created ‘just-in-time credit’ – a new type of loan that focuses on wealth and job creation as well as sustainable economic growth from the bottom up. Brendan is expanding the reach of small-scale lending to include mini-loans for cooperatives and small businesses, with accompanying emphasis on the democratic and transparent governance of those organizations and the development and effective use of short-term business plans. Brendan has provided some 160 loans to 47 cooperatives and other small businesses in Argentina and is creating an online marketplace to export and certify these organizations’ fair trade products.

Brendan is creating a new type of credit that responds to the needs of low-income entrepreneurs in a more adequate manner than typical microcredit schemes. While the advent of microcredit has been crucial to changes in the culture and practices of lending to the poor, this model often fails to generate wealth and create economic growth on a large scale. In 2005 Brendan created La Base (The Basis), a microfinance institution. The Basis provides small loans to groups of workers operating cooperatives or small businesses in order to help them expand their ventures, create jobs, and stimulate economic growth. Instead of focusing on long-term loans, The Basis provides these cooperatives with repeated short-term investments that allow them to grow incrementally and sustainably. Business planning support from staff is included in The Basis’ services, which usually takes the form of a series of short-term (6 or 12 month) business plans created at various stages of the lending process. As a result, the groups of workers The Basis assists continually acquire skills in business planning and management. The Basis promotes collective learning and risk taking as important elements that help to guarantee institutional sustainability. Therefore, The Basis requires that its clients govern their loans through democratic decision-making mechanisms. Accordingly, cooperatives are often the clients of choice, although The Basis also extends loans to small businesses that agree to build participatory governance structures to make collective decisions relating to the use of the loans. This approach ensures that financial literacy opportunities are imparted to large groups of workers at once.Brendan has provided some 160 loans to 47 cooperatives and other small businesses in Argentina, and has created a parallel structure, El Mercado (The Market) to help The Basis’ borrowers export their products to the United States and Europe.

Although substantial amounts of money flow through the outlying areas of Buenos Aires and other poor communities in Argentina, what keeps these communities poor is the failure to build assets and wealth at the bottom of the economic ladder. The historical background of that failure has many threads, but the overriding one, as with poor urban areas in much of the rest of the world, stems from exploding population growth as workers from the countryside have flooded into cities looking for jobs. In addition, Argentina’s financial and economic crash in 2001 resulted in a substantial enlargement of the ranks of the poor and unemployed and a parallel contraction of Argentina’s credit market. In more recent years, Argentina’s overall economic performance has markedly improved, but the availability of capital for small enterprises is still severely restricted, and the ability to create jobs and wealth from below is correspondingly constrained.Unfortunately, but not surprisingly, Argentina’s mainstream banking sector has almost no penetration, or reach, into the poorer segments of the country’s economy and little or no capacity to provide loans to even the strongest cooperatives or other small businesses in that sector. In recent years, conventional microcredit schemes challenged the mainstream stereotype that poor communities are not fit candidates for loans, and they have pumped substantial amounts of money into those communities. With very few exceptions, the lending practices of those schemes are too unfocused to assure that the credit provided flows into asset creation rather than debt-funded consumption. They also lack the capacity and mechanisms required to take promising entrepreneurs past the cottage industry stage and equip them with the skills required to build and manage larger businesses, generating substantial numbers of new jobs, and creating systemic development on a substantial scale

In 2005 Brendan created The Basis with the aim of providing groups of small-scale entrepreneurs with credit and equipping them with the skills required to build and expand their enterprises, create new jobs, and stimulate wealth creation and economic growth in poor communities. The Basis is a microfinance institution that engages in what Brendan refers to as “venture capitalism for the poor.” The Basis assures that its loans are used for prudent and productive asset-building purposes rather than for consumption. It acts not as a passive banker, but rather as an active venture investor. It limits the income derived from its loans to those of a fixed-income investor. The loans generated for the client organizations thus receive what Brendan calls “limited liability loans.” Repayments are drawn exclusively from the productive outputs of its investments. This shifts the primary risk from the borrower to The Basis, which gives it a strong incentive to help the loan recipients develop sound business plans and ensure that the loans are used for their intended purposes.Brendan uses a method of loaning that he labels “just-in-time credit,” which provides short-term loans to pre-evaluated recipients, while developing long-term relationships with them. The Basis provides its borrowers with the precise amounts of money that they need for specific, mutually agreed upon purposes and limits the terms of its loans to the precise periods in which the funds will be needed. This approach permits more complex investment projects to be implemented through a series of smaller loans, and it allows any single investment to be more carefully analyzed and the attendant risks to be better understood by all relevant parties. Brendan argues that by continually targeting loans to fund specific projects and planning those projects collaboratively with the loan recipients, the just-in-time credit approach provides The Basis’ borrowers with highly relevant and much-needed education and counseling in the financing and management of their enterprises.Brendan has also focused on The Basis’ work on organizations with a high degree of worker participation and on worker cooperatives in particular. (Indeed, its loan agreements are often conditional on the recipient organization’s adoption of a participatory governance model, as The Basis employs a similar decision model.) The capacity-building process outlined above was conceived of as an important vehicle to promote a culture of entrepreneurship among groups of workers in loan-recipient organizations. With several workers involved in governance and management decision-making, the number of individuals benefitting from The Basis’ training and financial coaching efforts in any given organizational setting are correspondingly increased.To facilitate the scaling up of The Basis’ work in Argentina and to facilitate its replication in other settings, Brendan has developed open source software that accurately records the credit history of each loan recipient organization and documents each of their growth processes. With this software, Brendan and his The Basis colleagues keep track of the initial diagnosis, planning, and development processes while also evaluating the impact of each loan. Brendan’s decision to make this software open source reflects both his strong commitment to transparency and accountability and his desire to make it available to any microfinance institution interested to use the just-in-time credit model.In another effort aimed at enhancing the economic growth of the worker cooperatives and other organizations that are recipients of The Basis loans, Brendan created El Mercado to help facilitate the export of their products to the U.S. and Europe and attest to their use of fair trade standards. In early 2009, The Basis also contracted with Amazon.com to expand its distribution channels. Six loan-recipient cooperatives are currently using El Mercado to sell their products internationally, and more are expected to avail themselves of that facility in the near future.Although Brendan began working with cooperatives in the Greater Buenos Aires area, he has expanded to various cities in the interior of the country. Thus far, The Basis has provided 47 organizations with 160 loans and it has doubled the number of loans provided each year since 2005. All but 2 percent of the loans that have matured have been successfully invested and repaid by the borrowers. As a result of The Basis’ work, borrowing cooperatives have been able to double their workforce and offer their employees better working conditions. For example, when Crometal, one of Brendan’s first clients, got its first loan in 2005, it had 18 employees. By 2009, Crometal reached over 40 staff. Before receiving the loans, the cooperative’s members worked many overtime shifts and had no paid vacation, but soon after, their work days got shorter and vacation time was instituted as the cooperative grew. The Basis’ “venture capitalism for the poor” is catching on. Several organizations in South Africa, Nicaragua, and even the U.S. have expressed an interest in replicating Brendan’s model. Recognizing however, that The Basis is still at an early, testing stage of development, Brendan intends to refine The Basis’ model in Argentina before spreading to other regions of the world.

Brendan was born in Washington, D.C., and lived there throughout his childhood. His father, the son of poor Irish immigrants to the U.S., was a person of unusual abilities and drive who earned a Ph.D. in computer science and went on to become a highly successful businessman. Influenced by his father’s life story and his ideas, Brendan developed a strong interest in the ingredients of economic achievement. During his undergraduate studies at Wesleyan University in Connecticut, he focused on issues relating to poverty and economic opportunity. Here, Brendan became interested in the use of credit as a tool to enable less advantaged people to climb the economic ladder and secure better lives for themselves and their families.When Brendan was a teenager, his father moved to Hong Kong. During summer breaks from high school and university studies Brendan traveled to various parts of Asia, and was exposed to poverty of a scale and depth that he had never imagined. Brendan now believes it was that exposure which gave him a life-long dedication to find new and better ways to empower people and communities to escape the poverty trap.After completing his studies, with the aim of understanding the “real workings” of the international financial system, Brendan accepted a partnership offer with a Wall Street information sector startup firm. He learned firsthand, the challenges of starting a new business from scratch and building it to a successful level. Brendan believes it was this experience more than anything else, that equipped him with the tools he now uses each day to strengthen The Basis initiative. In 2004, having decided that the time had come to implement his ideas for a new type of microfinance institution, Brendan sold his shares in the Wall Street firm he had helped to create. He then moved to Argentina, just beginning to recover from the economic crisis of 2001, which struck Brendan as an ideal location to implement his idea. In 2005, with an initial investment of much of the proceeds from the sale of his shares in the Wall Street firm and funds from other investors, The Basis was formally launched