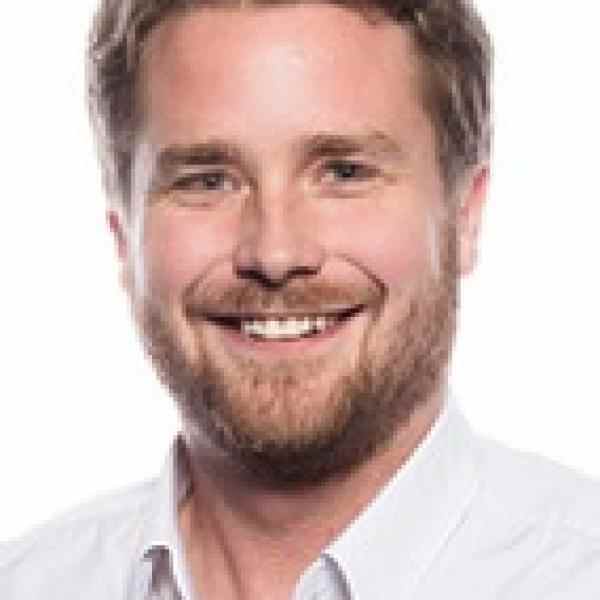 Schools and teachers are expected to raise young people ready to tackle today’s challenges, yet teachers’ education fails to prepare them for this role. Robert Greve educates a new generation of teachers, and is broadly redefining the role of teachers, empowering them and their schools to open up to and make use of the wealth of external expertise and offers available in their surroundings to shape truly multi-professional schools advancing students’ education.

With the background of his own upbringing and teacher training, Robert Greve has realized the largest lever to systemic change in education lies in changing the teacher’s role. Schools and teachers are expected to raise young people ready to tackle the challenges of our complex world. But the idea that “it takes a village to raise a child” has never been more true.
For Robert, the answer to the challenge of enabling a holistic, up-to-date and high quality education is to build strong multi-professional schools. These are schools that do not exist in closed silos but whose teachers become facilitators with easy access to the wealth of external expertise and resources around them: professionals, companies, citizen sector organizations, universities or public institutions. Key to allow this development is both the paradigm shift in teacher education as well as the systematization of how schools are enabled to make use of external resources. Through this, schools grow to be places for diversified and practical learning, lower the burden on often overwhelmed teachers and raise students’ performance, as well as being enabled to react flexibly and quickly to new developments in what students need to learn.

First, Robert has successfully introduced his program “students make school” in which teachers-to-be collect teaching experience by giving skills and method courses to students. Even more important, Robert’s teachers learn about team-teaching and realize the benefits of a redefined teachers’ role being a very broad-minded one. Beyond scaling this program, he decided to build an online market place for all offers of this kind. With both school administration and a closely knit net of stakeholders on board, he developed and launched “SchulePlus”, the first online hub with an integrated web of trust to systematically match available external expertise and resources and teachers’ needs for their school. With a combination of imbuing a new generation of teachers with a collaborative attitude, developing and implementing needs-based tools and fostering a network among schools and teachers, Robert can be seen as a serial entrepreneur working step by step towards empowering modern schools in Germany and far beyond as multi-professional schools ready to tackle today’s educational challenges.

According to studies, nowadays 70% of all learning needs are covered through informal learning processes rather than traditional school lessons. In addition, today´s challenges call for an education which allows young students to unfold their potential and critical thinking abilities alongside learning about current issues such as climate change, digital evolution, and technological development, to name a couple.
Teachers, however, are not prepared for their resulting new role. Teacher education in Germany still focuses heavily on teachers as being the experts in their subjects rather than a more flexible role appropriate for an ever-changing world, namely a mixture of expert and facilitator, of coach and street worker – all in order to meet the various educational needs of today’s students. In addition, most educational programs do not include actual teaching experiences throughout their course, which leads to a “reality shock” for many teachers once they enter schools after graduation. Far too late, a large number of teachers realize this is not the job they are made for.
What adds to this challenge is that school cultures often still reflect a closed-shop attitude, resulting in many teachers feeling they have to manage it all by themselves. A culture of empowerment and sharing of experiences is often missing. This leads to severe consequences; according to a widely discussed study, 60% of all teachers in Germany are at high risk of burnout, the highest rate across all professions. They are motivated to do a great job, especially at the beginning, but are also overwhelmed by the expectations they feel are set on them.
Looking at schools as ecosystems, there are a variety of different types. There are already many schools collaborating with external partners, but simultaneously, cooperation is left to chance. There is no structured for formal offers, efficient matchmaking mechanisms, institutionalization or internalization. Schools receive many offers for students from external stakeholders such as sports clubs, companies or cultural institutions, but often do not have internal mechanisms to sufficiently deal with them (recognize them, sort them, evaluate them and have them handy just at the time when needed by one teacher or another). At the same time, the need for schools to extend their portfolio grows with the rising trend towards all-day schools (9am to 3/5pm) – a challenge, but also an immense opportunity to open school ecosystems up for more cooperation.

Robert Greve, born in 1984, has been passionate about education and very engaged all his life. His first entrepreneurial experience was to found Sophie’s Company of Trading Youngsters, a student company that distributed Irish soft drinks of a partner school in Ireland. He also actively shaped school life as elected representative of the students of his school. In this role, he not only organized an overall renovation of his school, but also events with keynotes by Stephen Spielberg, Hans Eichel (a high-class German politician) and others. He wanted to become a teacher himself and pursued his Bachelors degree, but soon noticed the lack of practical experience in teacher education, which led to both high dropout rates and “reality-shocks.” This motivated him to found “Studenten machen Schule” in his 3rd semester and to start to build SWiM Bildung.
Robert‘s father is a passionate teacher at a school facing difficult circumstances in Berlin and his mother is a social worker. Throughout his childhood, he spent a lot of time with his parents at the school and within the foster homes his mother worked in – experiences which left their mark on Robert as a person and his believe that education as a basis for equal life chances is something society has to collectively strive for. On his mission, this background supports his authentic appearance. At the same time, as references in private, public and political sector outline, Robert brings the professional and empathetic skills needed to introduce and successfully spread new approaches to the very complex field of education in an inviting and integrated way. This also led Ashoka Fellow Katja Urbatsch of “arbeiterkind.de” (“Workers` Child”) to nominate him for the Fellowship.