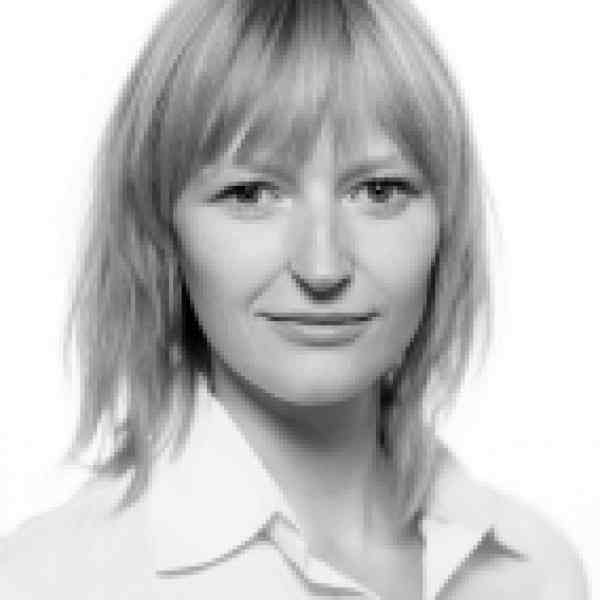 Through Was hab’ ich? (What Do I Have?), an online translation service for diagnostic findings, Anja Bittner ensures future doctors communicate in a clear, empathetic, and transparent way. Anja also empowers patients to meet their doctors at eye-level, which fosters a new doctor-patient relationship and creates a basis for shared decision-making.

When a friend’s mother who was diagnosed with cancer came to medical student Anja asking for help to understand her diagnostic findings from the doctor, the idea of Was hab’ ich? was born. Was hab’ ich? provides patients with the opportunity to send in their diagnostic findings online and have them translated by advanced medical students into an easy to understand language. Through this system, Anja addresses multiple facets of an existing problem: (i) she educates and builds awareness among medical students about a new way of empathetic, understandable and clear communication, and (ii) she empowers patients to understand their diagnosis and meet their doctors at eye-level, demanding and feeling entitled to clear communication.

Anja’s goal is to reshape the health system and patient-doctor relationships so there is no longer even a need for Was hab’ ich. She is already influencing medical schools to think about how they teach. Anja has begun working with a major health insurance company to use her data anonymously to see where the patterns of miscommunication exist. Anja he has also had conversations with the Ministry of Health about altering the reimbursement system for doctors, ensuring that discussions between doctors and patients, not just further testing, are appropriately covered.

On average, patients fully understand and process only about 20 percent of the information given during a consultation due to their anxiety and the complexity of the information. They are often left with written diagnostic findings that they do not understand because of the very detailed medical language. This results in their experiencing insecurity about their health and high follow-up costs because of non-adherence and additional consultations. Two-thirds of all patients seek more information than their doctors provide. Thus, doctor-patient communication requires a profound transformation.

In recent years, an increased number of patients seek out online information to better understand their condition and treatment. However, online information is often complex and does not always apply directly to the patients situation. It may leave more questions than it provides answers. In addition, an old paradigm of doctors being unquestioned authorities still exists among patients, which leads to patients not asking the questions they have during a consultation. Anja Kersten understands that patients cannot solve the problem alone but doctors must play an integral role in successfully reshaping doctor-patient relationships.

In medical professional training, students do not systematically learn how to communicate in a way that is accessible to patients and also professionally correct and specific. Once they become doctors, the current cost coverage system in the German health system does not incentivize doctors to take time for this type of communication training. On average, medical students only have a one to two hour training session about patient communication per semester, which is conducted by psychologists and actors. In addition, the mindset of being a service-oriented doctor who can meet patients at an eye-level is not common among medical students. Because of the vast amounts of medical information available on the Internet, however, it is more important than ever for doctors to improve how they build relationships with patients and the way in which they communicate information.

While an inefficiency at the individual level, the problem of lack of communication in doctor-patient relationships is more systemic: one’s adherence to prescribed treatment has a relationship with both the necessity of the treatment as well as the credibility and communicative skills of the doctor. Lack of understanding by patients about their own health conditions leads to higher costs of treatment. Patients who do not understand the information given by their doctor have a higher risk of hospitalization and longer hospital stays, are less likely to comply with treatment, and are more likely to make errors with medication. In Germany alone, estimates indicate that additional costs due to non-adherence of patients total up to € 10 billion (US$13.7B) each year, representing about 10 percent of all annual spendings for German health insurance.

Anja’s strategy for improving patient literacy and the way in which doctors-to-be are taught to communicate is twofold: (i) through the online platform Was hab’ ich? and its translation service, target groups are brought together and are able to interact, and (ii) she builds early strategic stakeholder involvement in the health system to create a holistic and systemic approach to improving doctor-patient-relationships.

Once Anja recognized the need and Was hab’ ich, she mobilized a team within four days to set up the first prototype of the website. Patients can upload their diagnostic findings (i.e. discharge certificates, questions on specific terms, and referrals) anonymously and receive a translation within one to three days. This translation covers only what the doctor states and explains the broader context, the methods of treatment, how different body parts work, and what symptom suffering entails. No treatment recommendations or assumptions about the patient’s condition are given at any time, but instead Was hab’ ich? breaks down and simplifies the patient’s diagnosis.

Between January 2011 and December 2012 more than 10,000 diagnostic findings have been translated by almost 670 fourth year medical students, who all work on a voluntary basis and gain practical experience through this work. They come from more than forty universities within Germany and beyond. More than 200 doctors and two psychologists support the work of Was hab’ ich? by giving advice to the students. On a weekly average, about 150 documents are translated, with the number of requests being so high that Was hab’ ich? recently created a virtual waiting room to handle their current capacity restrictions.

Translators and supporters involved have access to an internal social network enabling them to access documents and explanations, contact other students or doctors involved and receive e-mail or telephonic supervision by more experienced translators. Within this system different measurements for quality control ensure professionalism and a valuable exchange among students and doctors involved: before a new translator is officially approved, the first five translations are closely supervised by an experienced translator. All translators receive regular supervision and may consult specialist support on complex cases or questions they cannot answer (by an ad hoc SMS-Alert system sending out those questions to experts involved through text message). All information is stored and made available in the internal knowledge system. In addition, there is transparency of all translations, although anonymously, for all those doing translations. Translators can review and comment on any other translator’s work at any time. This information is stored in the backend so patients do not see it, but it provides internal knowledge management and a constant learning opportunity for translators. This way, a lively professional and engaged community is created on—and offline connecting doctors (to be), who think about communication and doctor-patient relationships in a new way—and act on it.

These measurements lead to high user satisfaction: 65 percent of the participating patients give feedback with more than 90 percent being very positive; one-third give a voluntary donation (on average €20 or US$27.45), which represents the primary source of revenue for Was hab’ ich? at the moment. Not only does this feedback and donation structure incentivize the students to be involved, but Was hab’ ich? has additionally implemented a creative system to incentivize students by giving them feedback on the amount or complexity of their translations. Last but not least, a key value to students is the possibility to apply knowledge from their studies and therefore prepare effectively for their exams and future careers.

One key to success of Was hab’ ich? exists in its cooperative approach and ability to convince partners of its potential to positively change doctor-patient relationships and the health system as a whole. Within the first year of operations, Anja and her team included many important stakeholders and built up partnerships with foundations, associations, and health insurances. They together work actively (i) to change the uses and habits of doctors on an individual level, (ii) work for a better framework in the health system for doctors to have more time for quality communication and (iii) empower patients to request clear and understandable communication. Anja’s goal is to include Was hab’ ich? in med school curricula in order to change the education of medical students. In cooperation with a large foundation, a prototype is undergoing testing at the moment, which will automatically translate easy to handle health questions. This is one of many promising attempts to soon spread the ideas of Was hab’ ich? beyond the existing infrastructure.

Anja is eager to further advance the system and languages offered to include specific target groups such as non-native Germans and less educated, and therefore less medically literate. There has been international interest in scaling the system already. While the project includes a number of students and doctors from a variety of European countries, general interest in the idea and its implementation is rising in a number of countries beyond Europe.

Anja was born 1983 and early experienced the importance of clear, empathetic communication between doctors and patients. When she was very sick herself at the age of eight, she first felt she wanted to become a doctor. Given Anja’s interest in communications as well as in natural sciences, she first pursued studies in psychology, to learn the importance and mental models underlying communications in different situations.

She soon experienced, however, that patients want their doctors to be their first point-person—not a psychologist, who would often be called in. She realized how important it was to bring these two unconnected areas together: medical expertise and empathetic communication skills. With these interests initiated during her medical studies, Anja continued to seek opportunities to work closely with patients and help them get through their suffering. She has gained insight into the education of doctors through her studies, and recognizes that the communications training once a semester did not live up to what she envisioned.

Since the initial phase of Was hab’ ich? Anja has donated the majority of her time and effort toward the success of the project, showing both her power and stamina. Anja has a close team of three, which she leads as founder of the organization. She is ready to be a full-time social entrepreneur and keen to further advance Was hab’ ich? Anja sees the opportunity to enlarge the impact she can have on doctor-patient relationships as much greater with Was hab’ ich? than as a practicing doctor.

Anja not only brings with her the medical skills necessary, but has the ability to effectively analyze the needs of target groups and innovatively link them together, creating more value for everyone involved. Anja’s clear strategic thinking and implementation skills foster her entrepreneurial nature.