Skip to content
We are busy updating this view of the site. Thank you for your patience in advance as we complete this view! 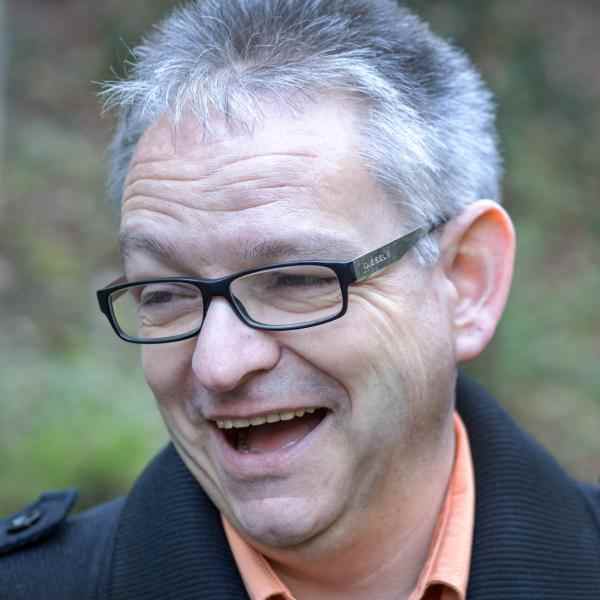 ALLMENDA social business eG
Gernot pioneers complementary currencies as a tool for local and regional development and enables its integration into the institutional infrastructure of communities, regions and whole states.
Mehr erfahren

Gernot pioneers complementary currencies as a tool for local and regional development and enables its integration into the institutional infrastructure of communities, regions and whole states.

Gernot is introducing new mechanisms for the creation of social capital. He bridges government, civil society, local businesses and private citizens to address pressing needs in the community. He deepens and expands the sharing economy by tapping the power of complementary currencies for tackling social problems in collaborative ways.
Gernot creates new enduring platforms of exchange, fostering relationships among diverse institutional and individual actors by creating tradable and savable currencies that have a concrete economic value. He enlarges the perception of value and welfare in society and the role of the welfare state and citizens as enablers of well-being.

For Gernot, complementary currencies become a collaborative instrument fully embedded in existing local economic structures and tailored to tackle specific social challenges. Complementary currencies are connected and leveraged, integrated in the administrative system of the public sector, and synchronized with the national currency. Thus he creates newly connected value systems that mobilize and monetize talents and competencies in society to strengthen the economic and social resilience of communities.

Traditional solutions in social democracies to address social problems and economic well-being have fallen short in addressing current societal challenges at scale, such as the need to assist an aging society. Large national debts hamper abilities of governments to launch ambitious programs to meet pressing social needs. In turns those needs are growing more acute, with increasing income inequality, poverty and rising unemployment in societies which are unused to these phenomena. In a nutshell, there is less and less money available to resolve growing social challenges. At the same time social capital has eroded in many societies, as diverse communal bonds have increasingly come to be supplanted by relationships characterized by short term monetary exchange and evaluation. Traditional forms of neighborhood and family support lost its relevance. Volunteerism alone cannot balance the augmenting financial gab in welfare spending. Many argue that the economization and monetization of society has decreased the adaptive capacity of communities to cope with crisis and external shocks.

In this broader context, one of the most pressing problems in the social democracies of Western Europe and beyond is the massive demographic shift – the aging of populations – which will put enormous pressures on local communities. Population ageing is unprecedented – worldwide the proportion of people aged over 60 years is growing faster than any other age group. According to the World Health Organization, the proportion of the world's population over 60 years will double from about 11% to 22% between 2000 and 2050 meaning the number of people aged 60 years and over is expected to increase from 605 million to 2 billion in the same period of time. The majority of the elderly will be dependent on some sort of long-term care be it home nursing, community care and assisted living or residential care. Current social structures cannot cope with the rapid demographic changes due to the dissolution of traditional social networks, rising care costs, and the shortage of care personnel. In Austria alone, 1.57 million people are above 65 years old. In 2014, the Austrian federal government spent €4.33 billion on elder care. Despite this large effort, programs are ineffective. The elderly increasingly feel that they are treated impersonally, as costs to society, with the result they feel socially excluded, and deprived of their human dignity. Furthermore, this system perpetuates the general notion of elderly people being a heavy burden on the care-giving system. Public finances for their care are perceived as driving a wedge between the younger and older generation, with the result that Austrian society deprives itself of an abundance of resources and talents retirees have to offer if actively engaged in communal life.

Gernot has built up a local laboratory and knowledge-hub to test, refine and spread new approaches to complementary currencies to tackle social problems in unprecedented ways. The organizational set-up he created consists of an association which manages Europe´s largest local talent exchange and trading system in the Austrian Federal State of Vorarlberg; a cooperative, which functions as developer and operator of complementary currency systems; and a consulting company which diffuses new approaches and supports communities, companies and public institutions to establish new role model applications of complementary currency systems.

Gernot is currently establishing a “Time Pension System” in the Austrian Federal State of Vorarlberg. It is an alternative elderly care model that taps into individuals´ existing time and talent, as well as new forms of cooperation. There is an abundance of latent value of abled body citizens who can be engaged in elder care service reducing the financial burden for the state and fostering social capital in communities. His model significantly reduces pressure and cost on public health systems by building out a non-monetary payment system into the retirement schemes of everyday citizens. Gernot´s care model works as follows: agile retirees (time caregivers) spend some of their free time helping frail elderly (time care receivers) to manage daily challenges such as grocery shopping, gardening, and cooking. The hours accrued by time care receivers (up to 750 hours can be accrued) are stored in a personal ’time bank account’ and can be “cashed in” for future care services. Time caregivers are individuals who have time on their hands to give; since they are untrained, they are strictly prohibited from providing professional care services. Instead, they provide a broad range of domestic services to support frail elderly and to take pressure off professional geriatric nurses. A governmental body has to undertake the role of “guarantor” to get the citizens´ trust and to ensure the long term redeemability of the deposited time and an independent organization needs to be established to promote the full integration of the alternative care system within the Austrian federal-state of Vorarlberg.

His “Time Pension System” was first implemented by the City of St. Gallen in Switzerland. To implement his system, Gernot has created a win-win network of the most critical stakeholders in the field of elderly care, consisting of the government of St Gallen, the largest elder care agencies (e.g. Pro-Senectute), time caregivers, and time care receivers. The government of St Gallen plays a role of “guarantor” to ensure that any deposited time is redeemed. The government provided a one-time investment to get the model up and running, and it pays an annual amount to maintain the system. For the government, this pays off as future cost savings for them. Their annually costs are already recovered when 5 fewer elderly people are obliged to enter a nursing home. The elder care agencies play the role of identifying which elderly (i.e. which of their clients) could benefit from Gernot’s ‘Time Pension System’. The agencies are also responsible for the matching process between the time givers and receivers. Care agencies see value in the model because it allows them to offer additional services at lower cost to their clients. The cost for an hour of care under the ‘Time Pension System’ decreases from approximately €43.50 to €14. One of biggest benefits for care receivers is the ability to stay longer in their homes as they age. Gernot’s model also provides an opportunity for socially isolated seniors to engage and feel relevant in their communities. While making an additional small amount of money, they are contributing to tackle widespread social isolation and to create new social grids around common interests. To date, approximately 280 people have delivered about 23,000 hours of care. Gernot expects hours to triple to 65.000 within the next five years. His model is making elder care become far more people-centered while keeping costs low.

His system already spreads independently to other cities in Switzerland. Gernot sees Austria as the test case for integrating the “Time Pension System” into the elderly care policies of an entire state. From there, he aims to spread it across Europe and beyond.

Already as a teenager Gernot led an initiative to revitalize an abandoned premise in his Municipality and to transform it into a social and cultural youth center. He led the catholic youth association in the Austrian federal state of Vorarlberg and in 1990 with the age of 20 he organized a peace march mobilizing 5.000 people to manifest for a peaceful transition and the end of the cold war. After his engineering studies, Gernot joined the catholic NGO Caritas and was actively engaged in improving the living situation of homeless people in Vorarlberg for several years before he joined a consulting company to advice public institutions, companies and NGOs across Austria. With the age of 25 he initiated the Talente Vorarlberg, which became Europe´s largest local talent exchange and trading system. He achieved that the Austrian Financial Services Authority legally integrated his talent exchange systems and complementary currencies into existing regulatory tax structures.