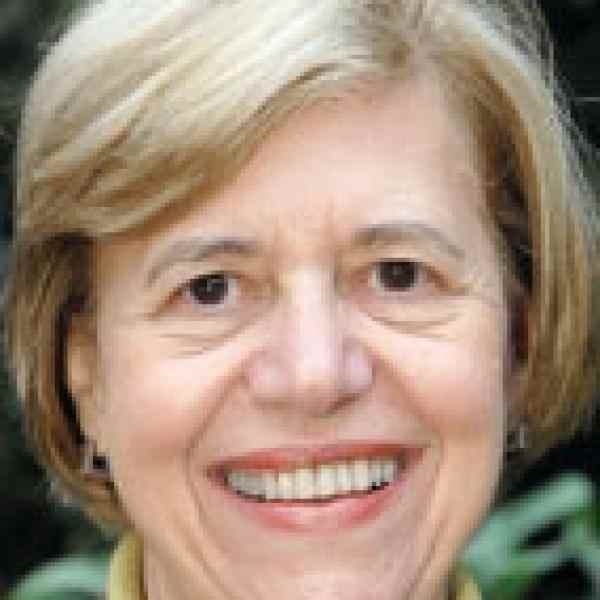 Maria “Zeca” José Rosado Nunes is promoting freedom of choice for Brazilian women concerning their sexuality and reproduction by incorporating religion into the feminist movement. Through Católicas pelo Direito de Decidir (Catholics for the Right to Choose), Zeca is working with Catholic women on the political and historical context of Catholic doctrine; spreading knowledge about this political and historical context; working with social movements; and is using media and education to initiate a national public debate about gender and religion.

Zeca works within the context of the Catholic Church to address some Catholic beliefs she feels are antithetical to feminist rights. From personal experience, Zeca knows that Catholicism can powerfully shape the thinking of many Brazilians, and understands that to empower women she must work with the Church rather than against it. Zeca spreads knowledge of the political and historical origins of Catholic doctrine to argue against its infallibility. She hopes that if women understand the context, they can make independent decisions about the appropriateness of certain beliefs for their own lives without feeling they are betraying their God by disobeying certain Catholic restrictions. Zeca’s ultimate goal is to prove to Brazilian women and larger society that women can adhere to Catholic beliefs and still exercise control of their sexuality and reproductive choices.
Zeca created Católicas pelo Direito de Decidir to serve as a bridge between religion and the feminist movement and to promote women’s rights to sexuality, contraception, and abortion. Zeca trains women leaders to teach their communities about the political and historical context of Catholic doctrine, promotes academic research and inquiry to further illuminate this subject, and encourages national debate on gender and religion.

In Brazil, where 74 percent of the population (135 million people) is Catholic, the Catholic Church has shaped Brazilian cultural beliefs for over 500 years. Young people are raised under strict Catholic doctrine and are not educated about other religions or about the origin, history, and context of the Catholic Church. Some aspects of Catholic doctrine can be understood as restrictive, such as the condemnation of homosexuality, divorce, abortion, and contraception. When adhering strictly to church doctrine, Brazilian women in particular are oppressed by some of these restrictions, especially regarding control of their bodies, sexuality, and reproduction.
Social movements in Brazil often treat religious doctrine as an obstacle to safe sex and feminism. This perspective has made it difficult for the feminist movement to gain membership and support among many Catholic women. So far, no one has addressed the question of how a woman can be Catholic and exercise control over her sexuality and reproduction.
Public policy is affected by religious doctrine as well. For example, abortion is not discussed in the public sphere, even though unsafe abortions are the third highest cause of maternal mortality in Brazil. Further, the “professionals” who perform these abortions often mistreat their patients because for them abortion is not only criminal, but sinful. Although the problem is national in scope and affects the lives of all women, Brazilian society does not discuss this topic in the context of the relationship between gender and religion.

Zeca’s comprehensive strategy to empower Catholic women is grouped into four areas: 1) Educating Catholic women in low-income communities about the political and historical context of Catholic doctrine; 2) Promoting research and academic inquiry to spread knowledge about this political and historical context; 3) Working with feminists and other social movements, encouraging them to incorporate Catholic beliefs into their initiatives, rather than fight against it; and 4) Bringing a discussion of gender and religion to national public debate through media and education.
Zeca’s organization, Católicas, educates female representatives from low-income communities about the Catholic Church as an institution, whose rules and norms have a foundation in politics and history, as well as being God’s word. Católicas develops courses and seminars in partnership with feminist and non-feminist social organizations. To maximize outreach, Zeca’s three-day national seminar trains women community leaders to teach women in their communities about Católicas’ message. The seminar includes lectures on topics such as sexual and reproductive rights, bioethics, abortion, homosexuality, and violence against women—all within the context of their relationship with religious beliefs.
After the seminar, participants are responsible for organizing and replicating similar seminars in their communities and regions. A year after the original seminar, the “multipliers” (trained community leaders) return for a follow-up meeting where they evaluate their work and receive advocacy training; new participants also join the discussion, and they share their experiences, strategies, and recommendations with each other. In 2005, the multipliers conducted 13 seminars in 13 states with 354 people, 322 women and 32 men; there are 18 multipliers working in 14 Brazilian states.
Zeca is a professor at one of the major Catholic Universities in Brazil, where she leads discussions on feminism and religion. She uses lectures, seminars, and debates to promote her work and message. Zeca also promotes ongoing research about the historical and political context of the Catholic Church to build a base for her argument and to spread knowledge through increased publications; currently little is written on the subject. All members of Católicas are encouraged to complete a Masters or Doctorate in Religious Science. Católicas publishes articles, books, and videos in a campaign to disseminate the academic findings of its members. Católicas is also conducting a public opinion poll about knowledge of women’s right to legal abortion and about the services that exists in public hospitals.
Zeca encourages citizen organizations promoting sexual and reproductive choice to incorporate a religious perspective into their work, rather than ignore it and alienate religious believers. Zeca has organized training seminars with the leaders of these movements, addressing topics such as “How to talk about abortion.” She also works with the National Feminist Health Network campaign on the decriminalization of abortion and the creation of the program, “Brazilian Journeys for the Right to a Safe and Legal Abortion.” This program has organized more than 36 interventions in 12 Brazilian states on religion and gender through a “National Seminar of Exchange and Training about ethical and religious questions for workers of the Legal Abortion Program” for social workers, doctors, and nurses. The project published, Dossier about the existing services for Legal Abortion in Brazil and has ongoing developments.
Zeca understands that to empower women in their decision-making, she must also bring the issue to national attention. Católicas uses media, the Internet, awareness campaigns, and books to make the discussion on gender and religion a national debate. The number of visitors to their website has risen from 310 in January of 2002 to almost 125,000 a month in 2005 (half are international visitors). The organization lobbies for women’s public health campaigns such as “Catholics for the Legalization of Abortion,” “Campaign for AIDS Prevention,” and “Campaign for the Legalization of Abortion and Sexual Diversity.”
Zeca has also started an education program for children and their teachers, trying to address the lack of alternative perspectives children learn about religion. She has created courses for middle school students and teachers in São Paulo. Course content deals with youth autonomy in relation to their sexual and reproductive rights, including their right to use contraception, to express their sexuality in a responsible and guilt-free way, and to avoid disease and unwanted pregnancy. They will also confront the topic of violence against women.
Zeca hopes to create a Gender and Religion Training Institute, whose tuition will generate income for her courses in schools. At the end of 2005, Zeca taught a pilot course that helped design the format of future courses.

Zeca was born in the city of Caxambu, in the interior of the state of Minas Gerais. Although it was small, Caxambu was always considered a modern city due to the proximity and influence of Rio de Janeiro. Her parents owned a hotel in this historic city and Zeca was introduced to people of varied backgrounds. She questioned the existence of social differences between the people who stayed at the hotel and the low-income population in the city. These questions increased when she joined the Young Catholic Student Movement. Through youth and adulthood, an important thought marked Zeca’s beliefs: “If I see, I must get involved.” At the age of 18, Zeca chose a religious life and entered a convent. At the convent, she was not satisfied with staying inside and studying with the other nuns; she always had a passion for working with the community. Therefore, she began teaching classes in the schools in the city while studying language and literature at university. During this period, the Church underwent diverse ideological transformations and emerged with a vision of deeper integration with the world, encouraging the creation of close relationships with poor communities. Zeca immediately identified with this new perception and created the first community project outside of the convent where nuns took off their habits and got involved with the community.
After some time, Zeca decided to develop a social project in an extremely poor region of Brazil and moved to Barra do Mendes, an experience that marked her life and revealed the problematic relationship between gender and religion. She began to work with a group of prostitutes; they were completely excluded from a society that, in Zeca’s opinion, was impregnated with distorted religious values. Zeca then went to Acre to work with rubber tappers and other rural workers who suffer constant violations of their rights. During this time, she had contact with a world that practiced extreme (mainly sexual) violence against women. She continued to question how the Catholic Church deals with these kinds of issues, and decided to study the relationship between gender and the Church outside a theological perspective, and pursued a Masters in Social Sciences at the Catholic University in São Paulo.
In 1984, Zeca became the first nun to give a speech about gender at a National Seminar of Women and Politics. Because of her criticism of the Church on positions regarding women, she started to receive support from the feminist movement. For the first time, there was a critical voice inside the Church proposing alternatives for women to exercise their religious beliefs, while having autonomy over their bodies. However, while Zeca was completing her Doctorate in France, she could no longer fully understand her role as a nun and left the order.
When she returned to São Paulo, Zeca created a seminar on Theology and Reproductive Rights, partially financed by the North American organization Catholics for Free Choice. At the same time, a senator presented a project for the legalization of abortion and Zeca noted the negative impact of the Church in this debate and wanted to help provide women with an alternative to the Church’s official position. Zeca created Católicas pelo Direito de Decidir to work in the field and with communities on women’s rights issues.