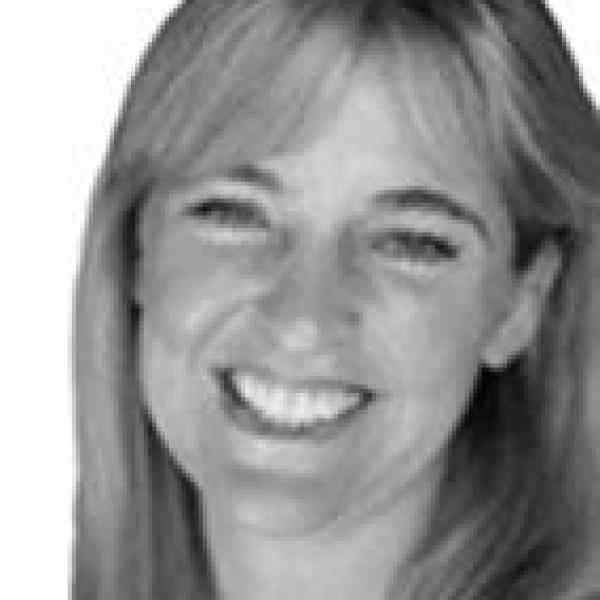 Kristin Richmond and Kirsten Tobey are transforming nutrition in low-income communities by providing healthy, portioned school lunches, and changing attitudes of principals, teachers, and parents about what’s expected and possible with regard to nutrition standards in low-income schools.

Kirsten and Kristin, both former teachers, understand that the food that schools serve significantly impacts school performance, and lays the foundation for behavioral patterns around eating that extend both to the home and into adulthood. Poor quality school food services, then, can significantly contribute to a multitude of problems, including escalating obesity rates and the occurrence of type II diabetes, particularly among low-income Americans.

Traditional school lunch suppliers—Sysco, Chartwell Compass, Preferred Meals, and others—are contract management companies operating with a commitment to profit, not a focus on the health of children. On the other end of the spectrum, farm-to-school programs may be the ideal in terms of engendering an awareness of local, healthy foods and a connection to food sources, but these efforts are challenging to organize and sustain, as such efforts may require a facilities and staffing overhaul that schools simply cannot muster.

Kirsten and Kristin are creating demand, particularly in low-income charter schools, through an approach that supplies low-cost, healthy food. Their effort moves beyond meeting a need or exploiting a market niche. Instead, their teams engage with schools as partners and supply food only as school leadership agrees to advance the discussion of health and transform the nutritional offerings available in schools. Innovations in the supply chain mean that their lunches are nearly flush with reimbursements allowable to low-income schools through the free and reduced lunch program. The effort currently reaches school communities and about 50,000 students daily in the San Francisco/Bay Area, Los Angeles, Washington, DC, and Denver. They are pursuing a high-growth trajectory and expect to double their reach and impact in the next two to three years.

The incidence of childhood obesity in America has more than tripled in the past thirty years—this is a recent and dramatically worsening crisis, particularly affecting poorer Americans. 27 percent of Americans ages 17 to 24 are too overweight to serve in the military. Obesity-related costs are at 10 percent of national health expenditures now, and estimated to jump to 25 percent in the near future. Soon, almost half of children of color in America will develop type II diabetes. These are just a few of the many worrying markers of this trend.

Many see that school cafeterias are ground zero for the crisis. Over the course of grade school, a child will consume about 4,000 meals at school, fueling much of their daily caloric and nutritional intake, and shaping their sense of what tastes good. The majority of America’s students—60 percent—participate in the National School Lunch Program, which serves 5.5 billion lunches and about 2 billion breakfasts each year. (This program was created in 1946 when 150,000 young men were found to be too malnourished to serve in World War II.) Paradoxically, federal and state dollars earmarked to support the nutrition of low-income students are instead fueling the crisis.

Improved food preservation technologies, the industrialization and automation of kitchens, and the significant power of the commodities industry has meant that processed foods are substantially cheaper, more readily available, and easier to work with than fresh healthy choices. Add to this the management and facilities challenges faced by many schools. Principals juggle many responsibilities, and healthy food is often a low priority. Food prep from scratch requires about twice as much kitchen and storage space as heat-and-serve options, and significantly more staff time and expertise. And then there’s cost, the main driver: The federal reimbursement rate of $2.77 per lunch (and less for breakfast) leaves little room for school food managers to stray from the cheapest, most resource-efficient options. The problem disproportionately affects students from low-income families. If children do not have access to nutritious food at home, unhealthy school food compounds an already significant problem.

Kirsten and Kristin saw a huge opportunity to contribute to school efficacy and student health by improving the food offerings that schools made available to their students, particularly in low-income neighborhoods. Initially intended as a non-profit effort, they found that the non-profit structure did not allow start-up or growth capital to address the problem at a greater-than-boutique scale. They set up a company in 2006, Revolution Foods, to drive the impact they wanted to realize.

First, Revolution Foods designs and supplies healthy meals—breakfast, lunch, and after school snacks, depending on the contract—to partner schools, 70 percent of which are charters serving largely low-income students. Meals are home-style, portioned, and balanced nutritionally and arrive to schools once daily from a central “regional” kitchen. All meals qualify for the federal school lunch program’s reimbursement of $2.77 per lunch. Though innovations in the supply chain and partnerships with retailers like Whole Foods, Revolution Foods meals cost schools $2.85 to $4.00, which means in some locations (DC and CA, for example), they are almost fully reimbursable with federal subsidies and the reimbursements available in some states and cities.

At present, Revolution Foods operates in 375 schools and educational programs, supplying about 50,000 meals per day. As it grows, Kirsten and Kristin believe that it will affect supply chain dynamics for fresh and sustainably-grown foods and other products. For example, in the first year, they had to purchase turkey packaged for the retail market, but now they are operating at a volume that enables them to require that their seller package high-quality meat for wholesale trade. The aim is to pressure other school suppliers to make such changes, as more and more of the educational community recognizes—and begins to demand—viable, healthier options. As they introduce new products into the market—another example is biodegradable packaging they commissioned from Be Green—those products are available widely. They also pursue as many partnerships with local farmer groups as possible—for example, family farmer associations in Northern California. They have about thirty major suppliers and many more minor ones. About 60 percent are national food suppliers and 40 percent are local.

The proposition to schools is important: It’s not just about the food supplied. Schools are buying into a more systemic shift in practice to focus on wellness, and foster healthier eating and self-esteem of students, as reflected by the choices they make about what they put in their bodies. This is obviously not a shift that happens overnight, but a longer-term proposition of education and effective social marketing. Revolution Foods has developed a nutrition education toolkit and deploys it within schools, with modules that teachers may include in their classes. The educational offerings of Revolution Foods are not one-size-fits-all but are tailored to the school partner, so that the offerings most closely address the needs of the community. Cooking demonstrations, family nights, and wellness fairs are among the programs Revolution Foods offers. Each school is serviced by the School Partnerships team, which includes school partnership managers who visit the school at least 2 to 3 times a month to check up, update things, and gather feedback from students and teachers.

Because Kirsten and Kirstin want to introduce a transformation in the school community’s approach to food, they require that partners jettison vending machines that sell unhealthy snacks that run counter to the aim and taste they introduce at meal-times. If a school has an open campus that allows students to buy lunches off-site, Revolution Foods will not partner unless the school closes down this option. It also requires exclusive relationships with school partners, because they are trying to shape—systematically—taste and children’s meal preferences. This requires repeated exposure to certain flavors.

When Kirsten and Kristin’s team moves into a community, the company brings employment opportunities for parents as well. The City of Oakland granted them low-interest loans in recognition of the company’s power as an engine for job creation among low-income workers. The chefs and food preparers are often the parents of students, contributing to the effort’s aim to transform the entire community’s eating habits in favor of healthier meals.

Kirsten and Kristin give significant attention to making sure the company’s values are baked into the company. So, for example, line workers who prepare food are helped to see the logic in portioning: Too big doesn’t work for reasons of cost and health, too small doesn’t work, as it leaves a student hungry. Hourly employees have health benefits and ownership options in the company—as well as, for many of them, children benefiting from the program very directly.

While not highly active in advocacy at present—they see their highest role is as a proof point for policymakers—they are invited into policy discussions, and play a critical role in moving the conversation to what’s actually possible in terms of addressing this problem at scale. Kristin has been invited to a recently-formed committee on community solutions, convened by President Barack Obama.

Kristin and Kirsten have set up the institution with great attention to governance and financing, to ensure that they are able to steer the effort to the highest social transformation. They aim to add two regions per year over the next three years (example of “region”: the DC team serves DC, MD, Philly, and Newark). They would like to double in size over the next two to three years. The main barrier to scale is the capital required to establish new culinary centers/kitchens. This is an important moment for Kristin and Kirsten as they hire for CFO and COO roles (and step out of them themselves). Moving forward, they expect funding to come from a mix of foundations and investors interested in sustainability/green economy, economic/jobs development, education, and health.

Kristin and Kirsten met in 2004 during the first weeks of business school at UC-Berkeley. After realizing their shared focus on school reform, they interviewed Bay Area teachers, primarily at charter schools, an effort that informed their initial plan. They explored many avenues to solving the problem of nutrition in schools, including setting up a non-profit consulting group to advise schools on changing their practices. But listening to feedback from teachers and administrators and seeing the restraints from a time and facilities perspective, they settled on the approach they are advancing now.

Kristin spent her early years on a ranch near San Antonio where most of her immediate family had lived and worked for generations. When she was 13, she moved to boarding school in New Hampshire, a huge culture shock. Following college, she spent a few years on Wall Street, during which time she volunteered at an urban school and developed a real passion for teaching. At 25, she pursued an opportunity in Kenya to help start a school for students with learning and developmental disabilities, and during the two years she was there, helped to fully operationalize a vision. There, in a stratified environment, Kristin and her team committed themselves to extending special education opportunities to all Kenyans, beyond the wealthy elite and rarified ex-pat community. While there, she saw the nutritional needs of low-income students, and developed a hot meals program that fully integrated with the school.

When she arrived back in the States, she grappled with the question of whether to return to the world of finance. In the end, she opted for a path of greater alignment with her values, and joined with Ashoka Fellow Temp Keller just as he was starting his effort to address teacher retention through his nascent organization RISE. This exposure required her to master fundraising and she worked intensively with charter networks that later became Revolution Foods’ early adopter partners. Seeing that she would need skills beyond those she had learned organically, she enrolled at UC-Berkeley’s business school in 2004.