Read the latest insights from the Dela Accelerator program

In April 2019, the Dela Accelerator was co-created by IKEA Social Entrepreneurship and Ashoka to support social entrepreneurs and their innovative solutions for solving global challenges. 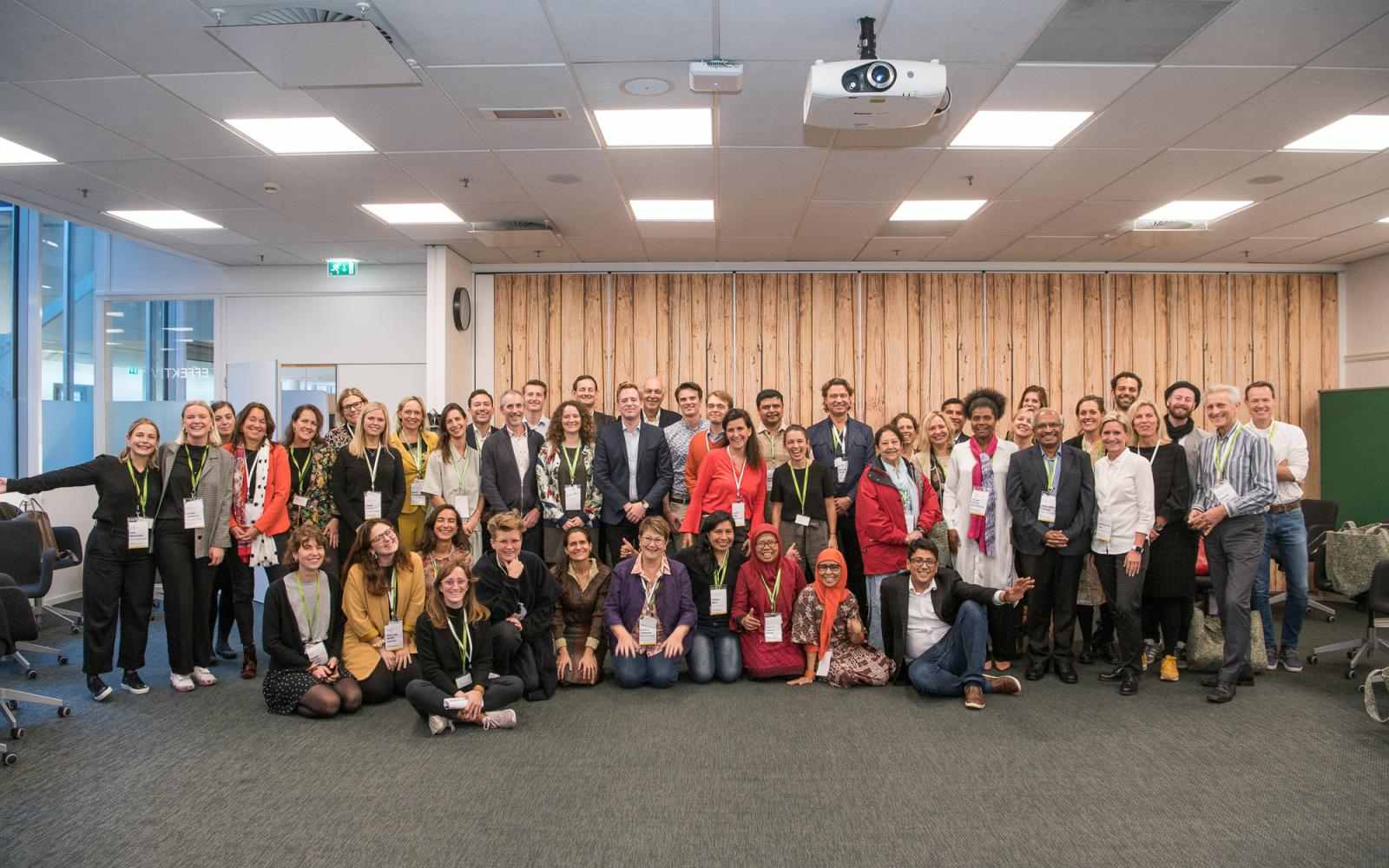 During the accelerator, IKEA co-workers, business leaders, implementation partners and social entrepreneurs have exchanged knowledge and inspired each other to contribute towards greater impact and large-scale systemic change. Here, we share the most relevant activities and outcomes collected so far from the Dela Accelerator.

The Strategy Phase consisted of a collaboration of business professionals, from inside and outside IKEA, who supported the Social Entrepreneurs.

Half of the 10 respondents are 100% likely to recommend both Strategy Phase and the Dela Summit to peers. All except one are at least 80% likely to do so.

On October 24-26, 2019, the Dela Summit took place in Delft, the Netherlands. During three consecutive days, all actors reflected about their impact journeys, shared ideas and expertise.

“The Dela Summit provided an opportunity to verify the system change strategy, get feedback from thought leaders and ensure that this plan is possible to deliver”, Neelkanth Mishra.

“It was a unique moment of deep reflection about the impact strategy of our organization", Fernando Assad.

Since then, and until today, the Implementation Phase has seen the social entrepreneurs and their IKEA co-workers execute the strategies through calls and on-site visits.

What are the positive outcomes achieved through the Dela Accelerator program?

During the Dela Accelerator, social entrepreneurs have received weekly support on their system change strategy and implementation from Ashoka staff and IKEA co-workers and networks, summing up to a total amount of 360 advisory hours. 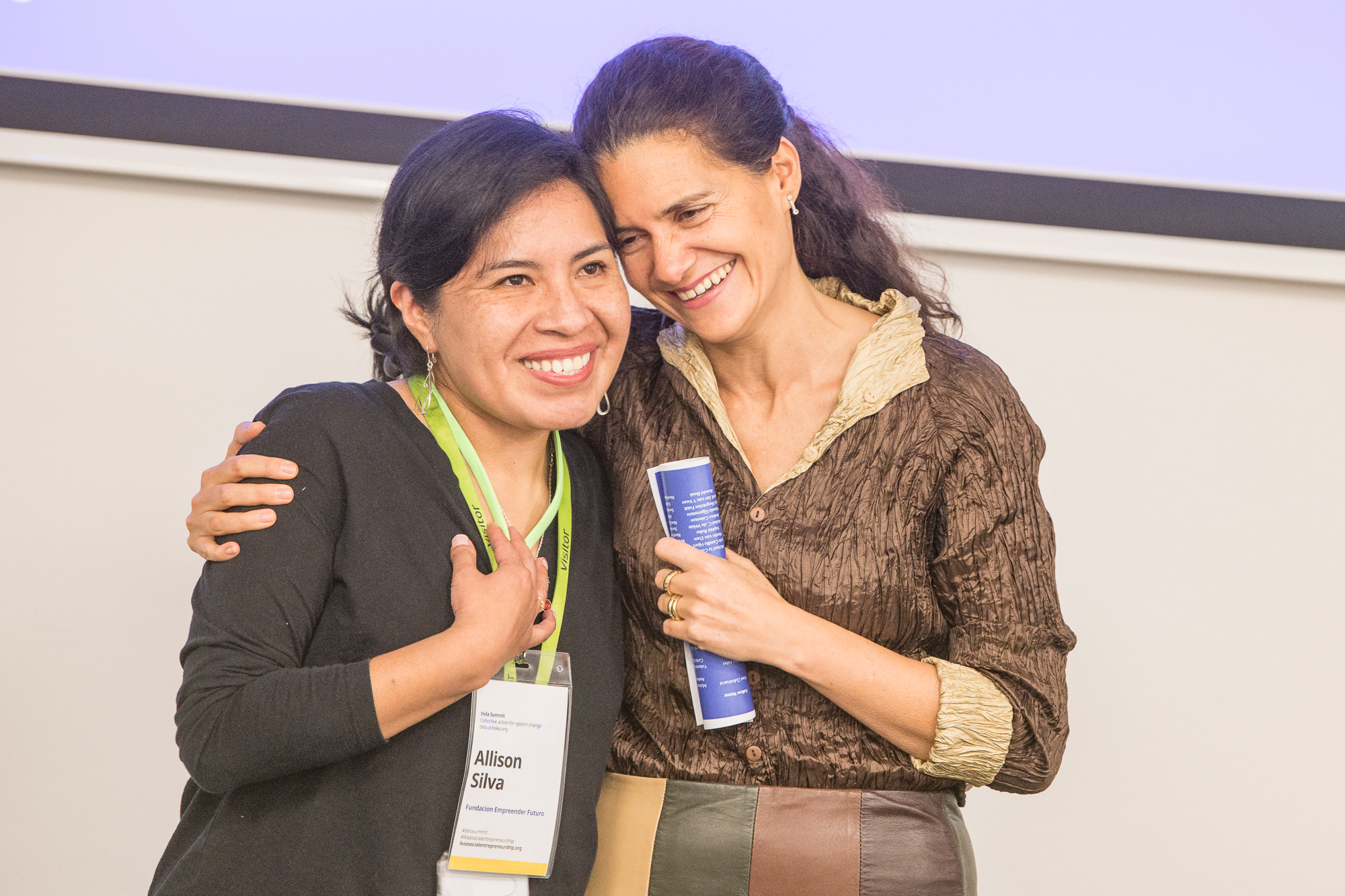 Allison Silva, from Fundación Emprender Futuro, is one of the social entrepreneurs that participates in the Accelerator. The Strategy Phase assisted Allison to move her focus from scaling to instead integrating the development of a striving ecosystem for small entrepreneurs into her strategy. Much of the work has also been dedicated to sharpening her strategic approach and to improve the methodological aspects towards capacity and mindset change. An important shift is the acknowledgment of other players in the ecosystem as potential allies. Currently, in the Implementation Phase, Allison and her implementation partner are exploring best practices on how to scale, with special attention paid to the marketing strategy.

“So far, this process has helped me to see the systemic change we can have, not just in my country but also across Latin America. The results we plan to achieve are now much more ambitious. And we will make it happen!”, Allison Silva.

In fact, three of the Social Entrepreneurs who replied to the survey said they have a “brand new strategy” thanks to the accelerator (i.e. 100% strategy shift).

All except one reported at least a 70% shift in their strategy towards systems change.

The IKEA co-workers have also been inspired by collaborating on the Dela Accelerator.

“It was powerful to be so close to people that have no fear of change. Also, I found it very useful to meet some of the other co-workers from around the world with the same energy as you", Implementation Partner.

Additionally, 85% of the IKEA co-workers who replied to the survey report that they are sure to recommend being an advisor to other IKEA co-workers. All respondents except two reported being more motivated and committed to creating positive social impact through their work after their participation.

“It was highly interesting and a humbling experience to interact with the social entrepreneur”, IKEA co-worker.

On the other hand, all social entrepreneurs report a shift in their impact focus, from “directly improving the situation of a target group” (direct impact) to “collaboratively anchoring improvements at systemic level” (systemic impact): 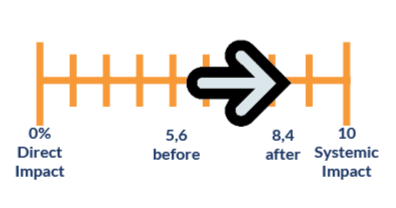 All respondents except one reported an increase in the understanding of systems change and its relevance for social impact. Most IKEA co-workers also declare that they now understand the social entrepreneurs better and their approach to solving problems, leading to an increased sense of agency and problem-solving skills.

“Taking part in the Dela Accelerator made me proud to work for a company that values social entrepreneurship and system change. I’m motivated to explain to my colleagues what those concepts mean", IKEA co-worker.

In particular, all partners involved highlight their connection and commitment to the social entrepreneurs as the most valuable experience from their participation. These were the most heard words during the Dela Accelerator: 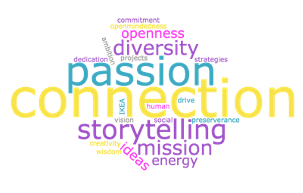 Dela’s mission was accomplished. The field of possibilities was opened, and the seeds are now planted for radical changes in the dynamics of systems. From Brazil to Indonesia,  for large scale transformations and for the improvement of the livelihoods of vulnerable and marginalized people. This mission was led by amazing social change leaders  through collaborative action and open long-term strategies.

Learn more about the Dela Accelerator and the Dela Program here.