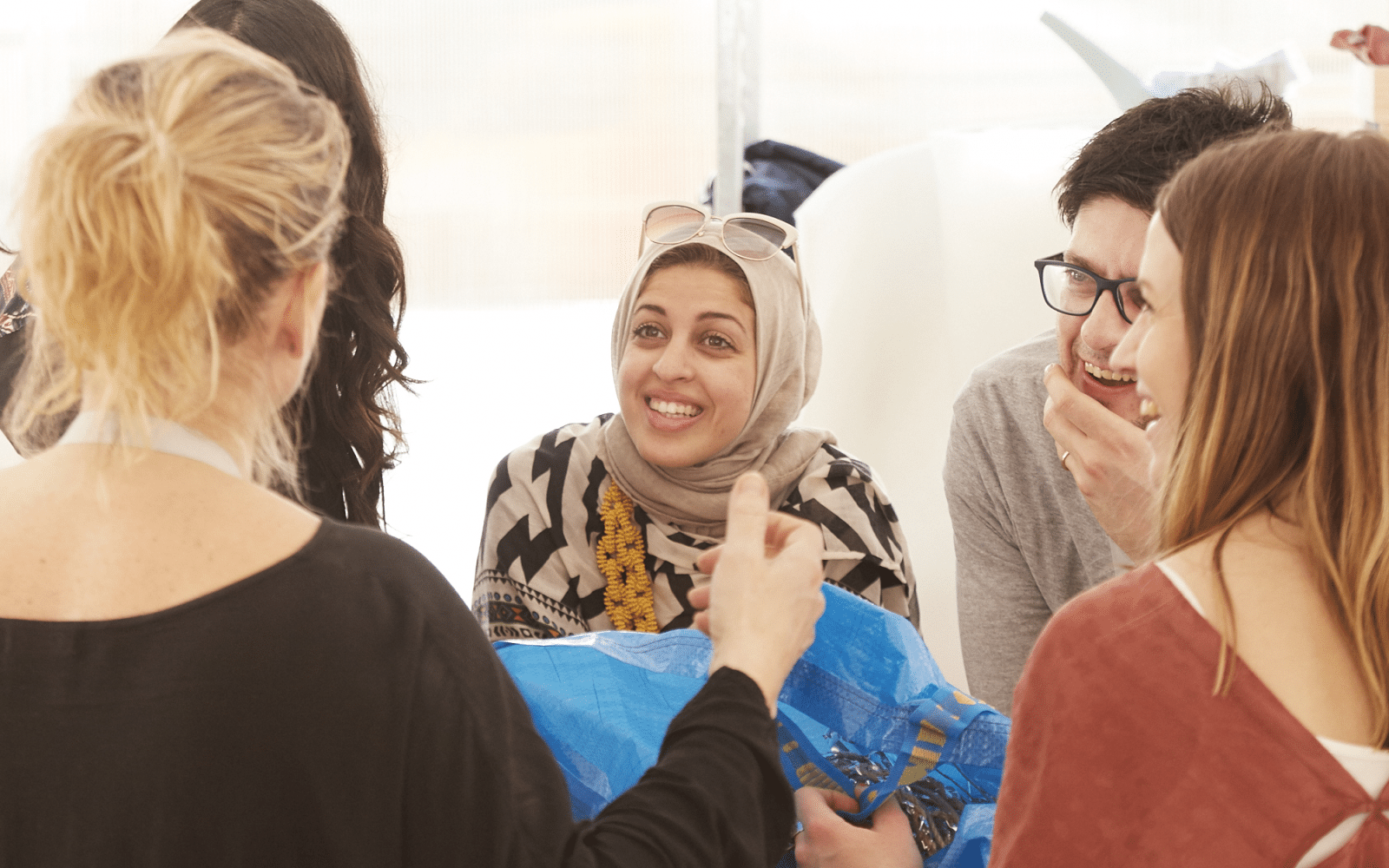 “Social entrepreneurs are often pioneers and pathfinders who address social challenges and work to create better opportunities using an entrepreneurial approach and, in many cases, tackling the root causes of poverty and inequality in the process. In a world with big challenges, collaboration and mutual learning is key” says Åsa Skogström Feldt, Head of IKEA Social Entrepreneurship at Inter IKEA Group.

Expanding our support doesn’t only give us the chance to contribute to equality, inclusion, and decent livelihoods, but to learn lots about how to become more circular and sustainable businesses.

For IKEA Social Entrepreneurship's first major partnership, it has teamed up with Ashoka, an organisation that has supported social enterprises for almost 40 years. Together IKEA and Ashoka have co-created a global programme that looks to find, strengthen, and scale the work of social entrepreneurs around the world, whilst also providing the opportunity for IKEA to learn from their business practices. The social entrepreneurs have a particular focus on addressing the root causes of social challenges, whose interventions look to change the systems behind these.

“The partnership between IKEA and Ashoka centers around a global accelerator program to support social entrepreneurs whose solutions redefine the underlying root cause of social problems. It will foster collaboration between one of the world’s most influential companies, and system changing social entrepreneurs on a global scale which we hope will inspire and equip others to lead positive change”, says Emma Lindgren, Co-Director Ashoka Nordics.

Fernando Assad, Programa Vivenda, Brazil. Fernando creates affordable kits which include all of the components necessary for a successful home renovation to cope with the challenging housing situation in Brazil.

Nani Zulminarni, PEKKA, Indonesia. Nani is reversing the pattern of discrimination against women by educating and enabling them to generate resources to provide for their families.

Scott Stiles, Fair Employment, Hong Kong. Scott shifts traditional domestic worker agency models to one that eradicates fees to workers and re-aligns incentives at each link along the recruitment chain.

Read the full list of social entrepreneurs and their IKEA advisors here.

The first phase of the accelerator will culminate in a coming together of the social entrepreneurs and their advisors at a summit hosted by IKEA, where they will share their business plans to sector experts, other leading social enterprises and senior IKEA leaders. In the second and equally extensive phase, the social entrepreneurs will move to the implementation stage where they will work with a new cohort of IKEA advisors to decide on how best to put their strategies into action.

Since 2012, IKEA companies have worked together with social entrepreneurs globally and locally to design and produce handmade collections and offer tailor-made services in IKEA stores and online. To date, these partnerships have helped create jobs for over 15,000 artisans and local farmers. We now want to reach further and make an even bigger, positive impact, and are expanding the scope of how we work with social entrepreneurs both inside and outside the IKEA value chain.

Today, there are many people who live between the poorest communities supported by Stichting IKEA Foundation (the philanthropic arm of Ingka Foundation, the owner of the Ingka Group of companies) and IKEA supply chain, who are not reached by the work IKEA Foundation or through the partnerships under IKEA Range & Supply and IKEA Retail.

Inter IKEA Group wants to fill this space and so has established a new company – IKEA Social Entrepreneurship B.V. – which will back and support social entrepreneurs outside the IKEA value chain, as well as increasing the support to, and impact of, what we already do within IKEA Range & Supply and IKEA Retail.

The aim is to invest in successful social entrepreneurs that are ready to scale up, and to source and select new and leading innovative social businesses. That means the result won’t necessarily be an IKEA product or service. Instead it’s about increasing each partner’s potential to create lasting social change through the sharing of networks, knowledge, and by looking for connections that are optimal. But that’s not all. Working and learning from each other allows us to learn from the social entrepreneurs, and to explore different and new ways of doing business. Also, by being as transparent as possible IKEA, will hopefully enable and inspire other companies and organisations to join the movement.

IKEA offers well-designed, functional and affordable, high-quality home furnishing, produced with care for people and the environment. There are several companies with different owners, working under the IKEA Brand, all sharing the same vision: to create a better everyday life for the many people.

Inter IKEA Group consists of three core businesses: Franchise, Range & Supply and Industry. Within the Franchise business, Inter IKEA Systems B.V. is the owner of the IKEA Concept and the worldwide IKEA franchisor. It develops and offers the IKEA Concept to IKEA franchisees worldwide, enabling the long-term fulfilment of the IKEA business idea. In the Range & Supply business, IKEA of Sweden AB is responsible for developing, designing and producing home furnishing solutions to address the everyday needs of the many people. In addition, IKEA Supply AG is the wholesale company that supplies the IKEA franchisees with IKEA products. Lastly, the Industry business is a manufacturer of wood based IKEA Products.

Ashoka identifies and supports the world's leading social entrepreneurs, learns from the patterns in their innovations, and mobilizes a global community that embraces these new frameworks to build an "everyone a changemaker world." The world is defined by change and requires a new mindset. Ashoka envisions a world in which everyone is a changemaker: a world where all citizens are powerful and contribute to change in positive ways.

Ashoka find and cultivate social entrepreneurs in every corner of the world, whose system-changing innovations solve deep-rooted social problems. We invite them into the Ashoka Fellowship - providing early stage financial support and a lifetime membership into an expansive network of peers and partners - enabling them to achieve their vision and have even greater impact. Since its founding in 1981, Ashoka has elected more than 3,800 Fellows in 90+ countries. We then draw on the insights and patterns of these 3,800+ Ashoka Fellows to understand what the future needs and how to create new solutions for building a better world.