Ashoka Fellow’s platform, SIMPLON.co, supports social inclusion by training over 20.000 learners throughout France and internationally to become qualified for technology jobs. Frédéric Bardeau created SIMPLON in 2013 as an alternative route to the technology institutions that exclude disadvantaged groups from training and, therefore, the job market. 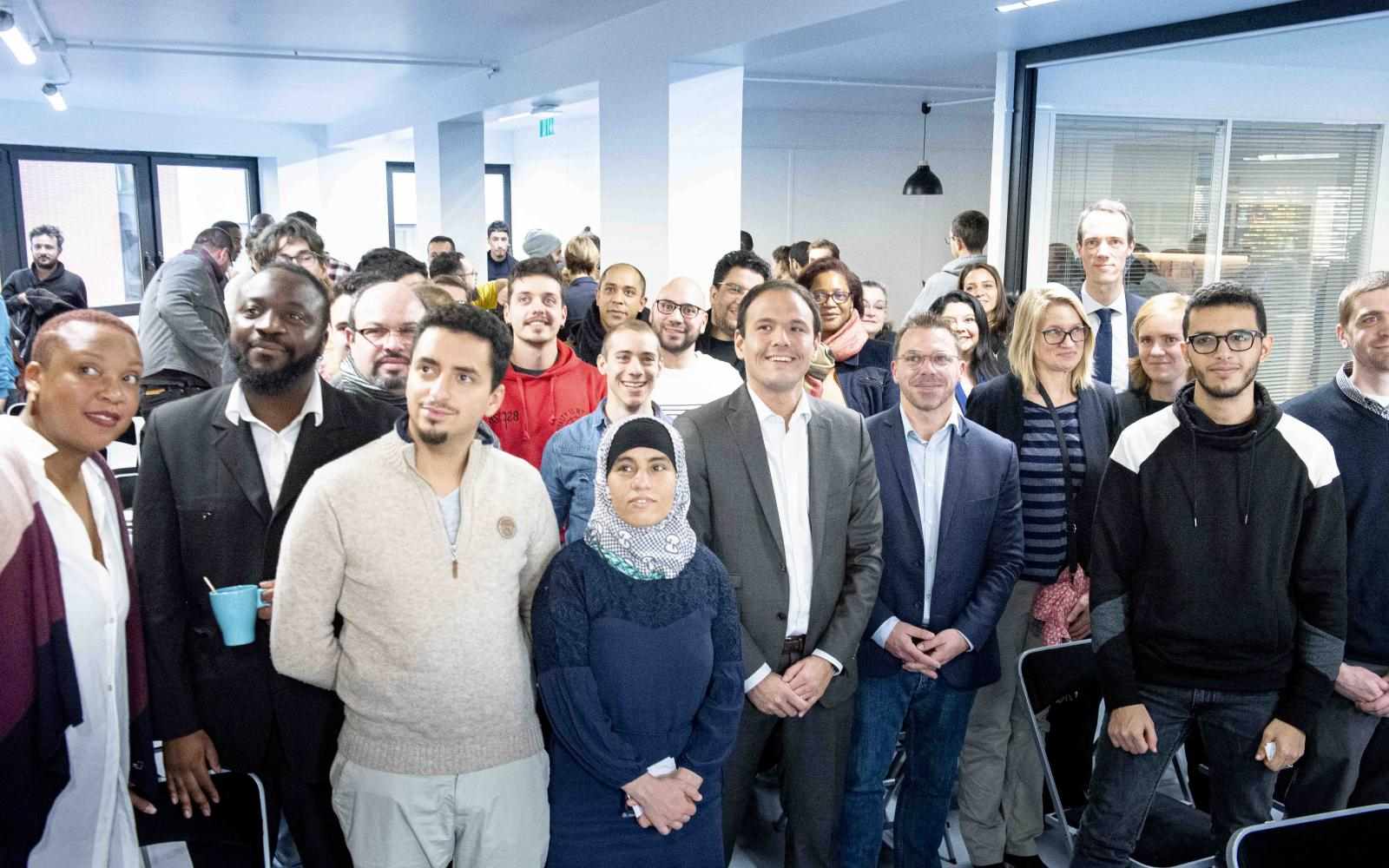 There is high demand for professionals with coding and information technology skills in the rapidly expanding digital job sector. Yet, for many, adequate training is often out of reach. SIMPLON.co is bridging this gap by training disadvantaged individuals with the skills required to enter jobs in the digital sector such as web development, data analysis, and cloud administration. 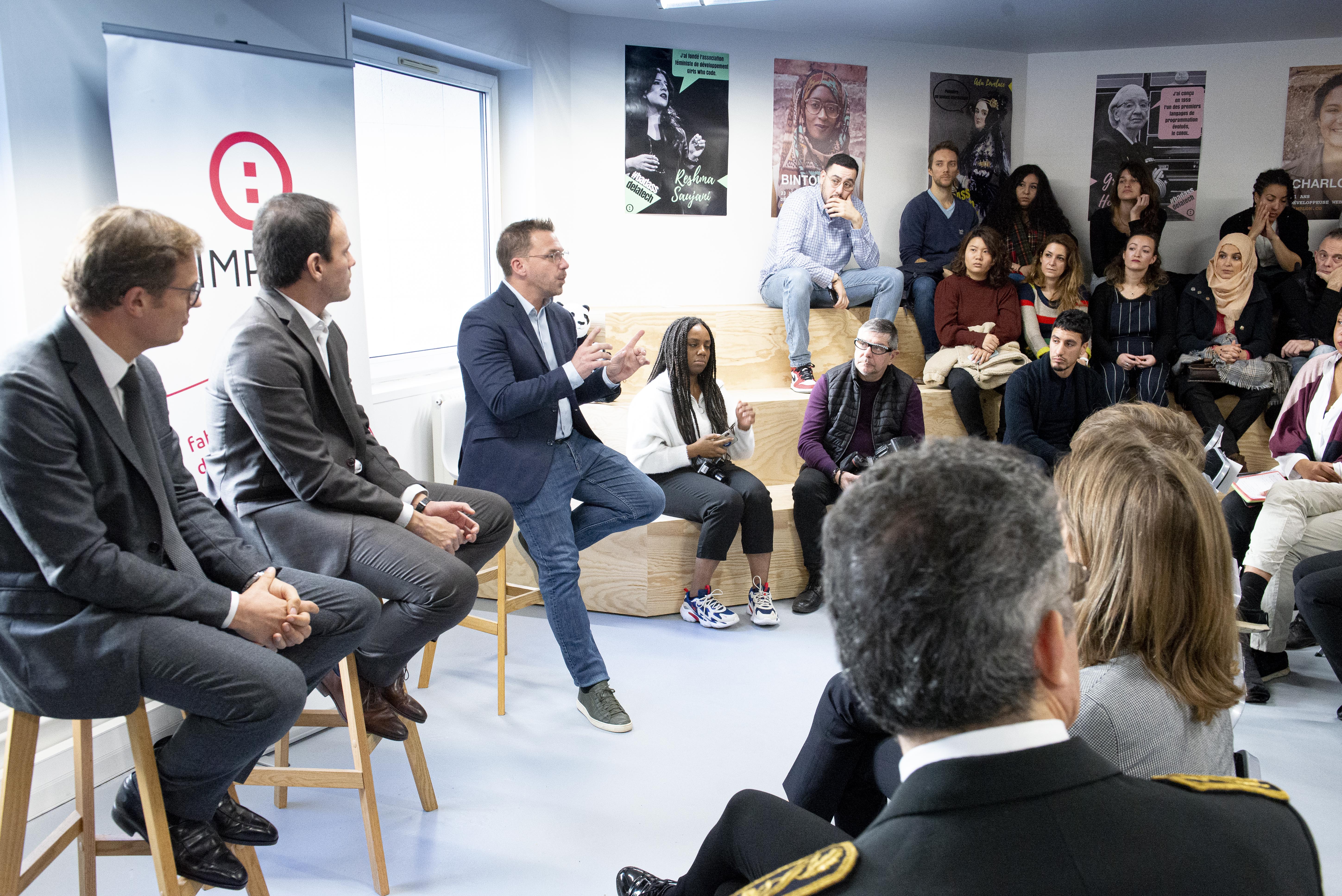 During the Dela accelerator, Frédéric Bardeau and his team received support and advice from experts in the field to redesign their strategy in order to maximize their systemic impact. Reflecting on the accelerator results, the outcomes revealed a focus on developing a network of competitors and actors who understand and engage with Simplon.co, gaining support beyond its original scope. After completing the accelerator, Frédéric shares his thoughts on the process:

“It made us deeply question our objectives and our path to reach them. We learned a lot about the idea of experimenting.”

Fréderic is now wider creating positive change in the digital education network by expanding SIMPLON’s pedagogy in organizations that are also working beyond the digital sector. During the accelerator, Simplon was able to gather valuable feedback by conducting various interviews and testing its tools. This experimentation allowed for collecting important insights for business development. Some of the experts that supported Frédéric during the accelerator agreed to continue after the Dela programme with the communication strategy and finalizing the business model.

IKEA co-workers also benefit from the systems change accelerator, as participants engage in a collaborative process. For instance, IKEA co-workers who participated in the Dela programme state that they gained insights into social challenges, innovation and the realities of social business, playing an essential role in contributing as mentors, as well as market and business insights and leadership skills.

These learnings on how to work with inclusion and social business showcase the relevance of such partnerships for supporting marginalized communities. Enthusiasm, energy and mission accomplished were some of the key words that summarized Frédéric’s co-workers experiences after participating in the programme.

“Systems thinking is deeply rooted in Dela, and in the work of the participating social entrepreneurs. I definitely think that this ‘system thinking’ approach is relevant for our own work too. It is something that we have to practice more and in an open operating model. In a world where people are losing trust in formal institutions and big brands are growing their influence, we definitely have an important role to play.”

The goals that Frédéric and his team have for SIMPLON align with the goals of the Ashoka-IKEA Social Entrepreneurship partnership that focuses on facilitating positive change – in this case, through reducing inequities and offering training for proficiency in information technology skills.

From individual purpose towards a collective mission

Frédéric Bardeau’s drive to become a social entrepreneur stems from his focus on ikigai (defined as ‘reason for being’ and related to purpose, personal values and personal aptitudes), which aligns his own strengths and purpose with addressing the problem of unemployment in society. 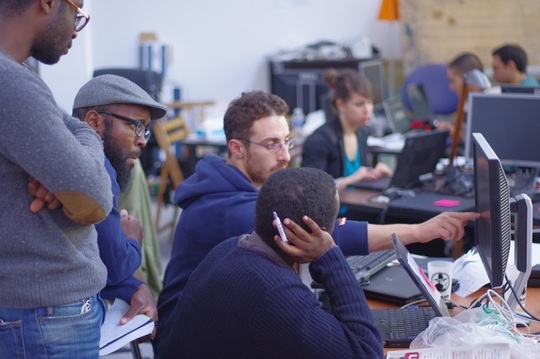 Frédéric focuses SIMPLON’s training on equipping people with the tools and knowledge to be competitive in the current economy, focusing on digital technology but also skills such as creativity and self-motivation. For example, students are trained to figure out coding problems in addition to basic coding languages, learning how to operate software and hardware. Other programmes exist for data and AI (with Microsoft), mobile development (with Apple), VR and metaverse (with Meta), cybersecurity, blockchain, etc.

France
Simplon.co
Through Frédéric’s participation in the Dela programme, SIMPLON is continuing to fight digital illiteracy and encourage diversity and inclusion in the digital sector by providing immediate, sustainable job prospects for at-risk populations, such as refugees and people with disabilities.

In terms of impact, SIMPLON is currently running in every region in France and 25 additional countries (in 4 continents), where they have trained over 20,000 people globally since 2013. Frédéric’s current goal for SIMPLON is to continue expanding the Simplon training to Europe, Sub-Saharan Africa, Maghreb, Colombia and India through partnerships and social franchising with local organizations. In Switzerland, Simplon’s partner is Réalise, another Senior Ashoka Fellow.

How does the Dela Programme support leading social entrepreneurs develop their impact and scale their systems change strategies?