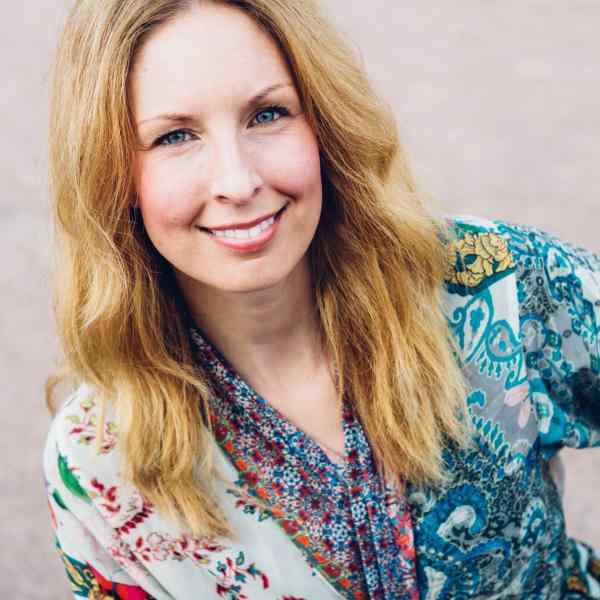 In the close-knit culture of Sweden, corporate hiring operates on networking, personal relationships, and references. To a large degree, immigrant communities do not have access to these resources. Sofia Appelgren has launched a program that matches the most dynamic and entrepreneurial persons with Swedish entrepreneurs and corporate leaders. Beginning in Goteborg on Sweden’s West Coast, the program is poised to spread to Stockholm and Malmo.

Sofia is tapping the most driven of immigrant girls in Sweden to launch them into the labor market. She connects with schools and principals to gain the legitimacy that many immigrants place on the education system. She seeks out those with “true will” and ambition and enrolls them in a for-profit program called Mitt Liv (My Life). Mitt Liv partners with traditional companies to build mentor relationships between them and company employees, as well as to expand educational opportunities into the extracurricular space through short courses on Swedish society, life-planning, and labor market competitiveness.

Overturning the structure of traditional mentorship models, Sofia has created a professional solution, creating a win-win, symbiotic interactive program for participating partner companies. She charges companies for participation and services, drawing mentors from company employees and in turn, positions her young participants as experts for the companies. The participants offer their knowledge of immigrant life and markets through paid lectures, participation in consumer research focus groups and testers, forums, and field trips, offering an inside look at globalization.

Furthermore, Sofia’s Mitt Liv program creates a win-win interactive program for these paticipants by building networks, personal relationships, and life-plans—giving them solid contacts for future opportunities and success to incubate their own ideas and develop their entrepreneurial skills.

In Sweden, the prevalence of segregated communities limits career opportunities for immigrants. A generous refugee policy has resulted in 1.3 million foreign born residents living in Sweden, with young immigrant girls facing the highest levels of joblessness of any demographic in the nation. Immigrants have gravitated—whether driven by price considerations, government housing initiatives, or existing expat communities—toward the suburbs, reinforcing a segregated society. Specifically, the government’s low-cost high-rise housing projects have further exacerbated issue of highly concentrated and segregated immigrant populations; in fact, in the suburbs of the Sweden’s most segregated cities, Goteborg and Malmo, over 80 percent of its residents were born outside of Sweden. The labor market is less accessible to immigrants; employers take fewer risks in hiring “unknowns.” Often described as the “invisible wall,” this division makes employment and integration into the business world difficult for immigrants. The problem will only increase as 27 percent of Swedish residents are predicted to be born outside of Sweden by 2015. Contacts are the currency of gaining employment in Sweden; employers tend to favor familiar names and source their hiring efforts from within their community. Some estimate that 90 percent of jobs are secured through contacts. Heavily segregated immigrant communities with few contacts and limited CVs lack access to this close-knit Swedish cultural landscape.

Sweden does not have a strong focus or great love for entrepreneurship, an area where immigrants particularly excel. Companies lack access to immigrant communities. Swedish companies are faced with a dramatically globalizing world and are struggling to keep up with the new cultural arena.

Sofia’s approach allows the immigrant community to see - and the greater community to believe - that persons with an immigrant background can follow their dreams. The program focuses on sourcing the most driven persons with an immigrant and equipping them with the tools to function in Swedish society. The work is currently operating in Goteborg, in the western region of Sweden, with imminent plans for expansion. Sofia searches for persons with an immigrant background who have “true will” in her selection process. Each participant is matched with a mentor with similar interests and career path. Drawn from local schools (i.e. to acquire the legitimacy of the educational system, which is highly valued among immigrant communities), the participants move through individual courses that cover topics from work environment, social norms in Swedish working life. These courses are designed to ease the transition into the labor market and provide the skills to be competitive, while raising participant self-esteem. The courses, which are spaced over the course of a year, award diplomas and can also enhance a participant’s CV. Sofia has built an agreement with local school principals to recruit participants, and requires that participants be fluent in Swedish and demonstrate strong will and interest in their applications. Their goal is to support the women to “see their own dreams as an option,” offer them the tools to be competitive, and build a culture of entrepreneurship in a demographic inclined toward it.Sofia’s Mitt Liv is structured as a mutually beneficial mentorship model where the participants in the program are not “victims” to be helped, but rather contributing partners on an equal footing, providing insight and education to company employees as experts. Sofia feels that “a relationship well-built has profound impact.” They provide their services in return as guest lecturers, participants in discussion groups, members of focus groups, and testers for products such as veils. They have helped critique and craft ad campaigns for their demographic and regional areas.Companies pay for the privilege of working with the MittLive participants and employing their services—the joint partnership is celebrated and its high visibility attracts new people to the idea. Sofia has created a for-profit, self-sustaining model for Mitt Liv by partnering with companies who purchase the service and participate in the program. Mitt Liv generates income by selling the partner package deal to a broad range of companies—from cosmetics to finance—containing access to guest lectures, discussion groups, mentoring, a forum to exchange experiences between partners within both internal and external diversity efforts. Mentors, drawn from partner companies, work with the girls to craft life-plans and establish incremental goals for the future. Currently, Mitt Liv works with 21 partner companies—many international—in a broad range of fields from cosmetics to insurance, each paying 150,000 Swedish Kroner for the package. Partners include Mary Kay, JKL Group, Volvo and Vinge, one of the largest law firms in Sweden, whose broad reach and many locations will be a boon to Mitt Liv’s expansion efforts. The work, while still in the early stages, is poised to expand quickly. The program currently (year 2011) has 60 participants paired with 60 mentors, with participants from 28 countries who speak 40 languages. The program is now in Stockholm and Gothenburg and during next year, the program is about to expand to Malmö. They are now looking at how to scale their impact wider. Mitt Liv's mentorship approach is in a state of continuous evolution and growth. In a approved agreement (2010), Sofia has begun working with the Swedish state to receive government funding for women's place in the program.

A serial entrepreneur, Sofia founded two companies before she was 20-years-old. Sofia had to, in early age, earn her own money and be self independent. Sofia began when she was 16, a party and event planning business, organizing schools and local businesses (i.e. restaurants, bars, and nightclubs) around themed events at affordable rates. She made enough money from this teenage business to buy a car, help support herself during college, and seed a second business designing clothes for a local boutique.While at university studying communications, Sofia became a young parent. She points to the experience as a turning point, and one which opened her to “profound empathy” and taught her resilience through adversity. Her husband, a Turkish Swedish born immigrant, second generation and he put immigration and integration issues into stark focus: “When I go to Turkey, people are curious. When my husband comes to Sweden, he meet whole other challenges.”Unable to support herself both as a college student and young mother, Sofia opened a small salad bar, Wild n’ Fresh, at 23. She employed one part-time staff member. Approached by the powerful local union in Goteborg to sign a collective agreement, Sofia asked her employee to look over the terms. Her worker found that Sofia provided better pay and benefits than the union contract, and asked to remain external. Through a series of increasingly aggressive letters and visits, the union demanded she join. Sofia refused. Eventually, the union set up a 20 person blockade outside her business, passing out flyers and shouting into bullhorns outside her store for four months. Sofia received numerous death threats and had to have a police escort. Refusing the union, which had made a habit of using tactics of intimidation, placed Sofia in the national spotlight. Sofia’s story became the most widely read news piece in Sweden 2006. Rather than acquiesce, she sold her business and wrote a book about the experience.Offered lucrative fees to speak about the issue, Sofia had no interest in the ideological debates that ensued, and decided to focus on breaking down the walls of discrimination that keep immigrants out of the labor market. Armed with ample contacts from the union experience, she applied them to bring the idea of Mitt Liv to life.Sofia was awarded 2011, by The Swedish Chamber of Commerce, as this years west Swedish and was picked as one of ten from one of the biggest morning papers in Sweden, to be the one in the future to put Gothenburg on the Swedish map for her work with immigrants.