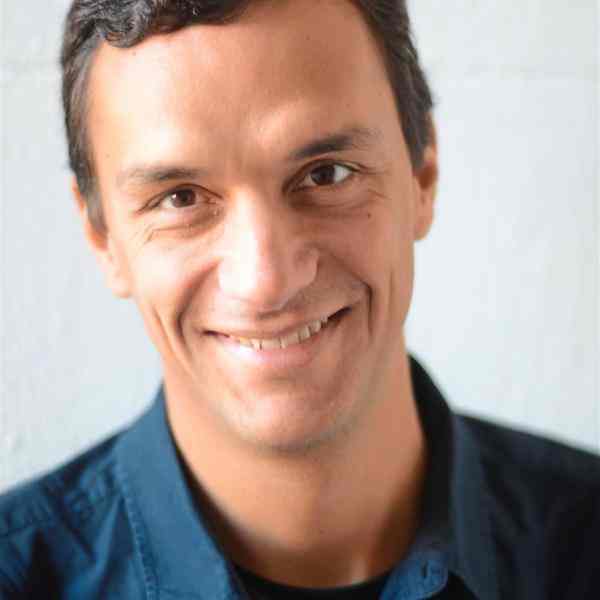 Sascha Haselmayer is creating mechanisms to spread innovation into cities, improve governance, and radically alter the way cities deliver much-needed services. With the use of new technology application concepts—a city as a lab—he is mobilizing a new community focused on making cities more functional for citizens. Sascha is creating a new space for government, corporations, and public sectors to engage for larger social impact.

Five percent of the world’s economy is tied up in procurements by local city governments. Innovation is growing in cities like San Francisco, although systems-based solutions are not scalable when the market is limited to single cities. Cites are under financial pressure and need to source low-cost systems solutions regardless of where they come from. Founder of Living Labs Global, Sascha has created a concept that promotes cities as tools for new applications of technology, and has built a bridge between these innovations and the decision makers in cities that procure them, creating a network of mavens and accountable officials.

In addition to opening major markets to innovative companies, Sascha’s work is also supplying the intelligence and transparency needed by cities to invest less public money to bring about a greater social impact. Sascha provides “Showcase” service via online platforms, matchmaking, and an award program that highlights the newest ideas and helps execute them—providing support for winning pilot projects that allow cities to test new ideas without risk and building a fellowship of smart cities. He is expanding his work through a concept called Citymart.com a social networking, marketplace and online real-time intelligence tool. The platform allows professionals and citizens to tap into relevant solutions in the international market to make more informed decisions, build transparent and service-oriented public spending, provide public access to data, and increase accountability.

When advising cities on urban area development, Sascha realized they were excluding their own governance in their plans for transformation. City bodies asked businesses and the citizen sector to transform, but did not include any changes within government operation to improve transparency.

Local governments are the most obscure of all government bodies and often the most corrupt. The nature of local politics is inherently risk-averse. Most political agendas are based on survival, rather solving problems. Cities operate on two cyclical election cycles: “Two years of action, two years of campaigning,” which by its nature limits innovation. Often, cities do not organize themselves around what is best for citizens. Improving efficiency in cities is a lofty goal, but in reality it can often cut jobs—and many of the middlemen whose jobs are in question are the same ones who sit on the city councils making such decisions.

The marketplace between innovations and the cities that need them is murky. There are few clear channels for learning about new innovations, or clear paths to procure and implement them. Great ideas lay dormant and unimplemented because of lack of political will, or proven examples to encourage adoption. Studies show that only one out of ten cities is willing to innovate.

It is typical for a company to pitch a solution to up to 1,000 cities over a ten-year period after inventing a successful solution to secure 130 leads and eleven contracts. This translates into a cost of €7,500,000 (US$10 million) for a small business just to find the best potential customers. For example, an Estonian group designed a mobile parking meter application, accessible on a cell phone. Five cities out of 1,000 bought the initiative, with many more choosing to independently replicate at a much greater cost and longer time to market. It is much easier to adopt an existing model than spend exponentially more to reinvent the wheel, yet designers lack a broad platform and public offering to market and share their work.

Sascha’s Living Labs Global is an independent, non-profit global association that is creating new ways to balance government, corporations, and citizen organizations (COs) to work together. Sascha matches cities—such as Barcelona, Stockholm, Cape Town, Lagos, Chicago, Mexico City and San Francisco—with social innovations, and provides a safe procurement and pilot process to facilitate implementation. Currently, Sascha is working with 50 global cities in Europe, Asia, Africa, and the U.S., and some 1,000 companies and research centers with new solutions to problems. Sascha has created a protocol that reduces transaction costs in innovation, and has designed a structure where cities can be laboratories for new ideas. He is working to replicate good ideas through a tech start-up based model, moving cities from a risk-averse and opaque strategy to one focused on the values that new technology can bring.

A value-add for both cities and innovators, Living Labs Global is utilizing Citymart.com, an online platform where innovators can promote their solution into a global tagged database to highlight new innovations. Sascha has also designed an award (which in 2011 received over 700 entries from 50 countries) which works with 30 cities and sponsor companies such as Oracle to find the best solutions for participating cities in their chosen categories. Categories, selected by the cities, include topics such as venture capital for African social entrepreneurs, automation of urban services, sensor networks, or green housing, with winners chosen by jury. Living Labs Global also designs “matchmaking events” to structure dialogue between cities and companies. The winning ideas are channeled into implementation.

With Citymart.com, Sascha has created an online platform and process to find the most relevant innovations through a “calls for pilots.” City needs are presented to an international community and evaluated online. The solutions most relevant to the challenge are subsequently piloted in the city. This process allows typically risk-averse local governments to test a new program without political suicide. The pilots are free for the city, which removes the stigma of sending money to external partners and allows for true, unbiased evaluation. The focus is an entirely no pressure pre-procurement. Each pilot lasts three to six months, and many are adopted.

An example of a successful pilot facilitated through Living Labs Global is the e-Adept system currently being piloted in Stockholm. The e-Adept system uses mobile technology to allow blind people to navigate cities independently, keeping a comprehensive database of roadwork and city maps, real-time data on traffic, and obstacles. Once an idea has been piloted successfully in one city, it opens the door for quick adoption in many others. The most successful example of this would be the bike rental programs first pioneered in Paris, which have since spread to cities around the world on the power of example in practice.

Citymart.com lies at the core of Sascha’s initiative to grow impact and move from 50 cities to 500 through online networking and market intelligence shared by cities and solution providers. The goal is to allow cities to be informed about relevant international solutions to inform understanding for investment, strategy, or regulatory decisions, and for companies to have real-time information on city needs, creating a “common protocol” to support public decision-making and allow great ideas to reach the market much faster. Citymart.com aims to have 500 subscribing cities and 5,000 subscribing companies (social and otherwise) as part of the network in 2013. Sascha sees this effort serving a similar connecting role as Facebook in the field.

A truly global citizen, raised in Germany, educated in the U.K., and based in Denmark and Barcelona, Sascha grew up traveling extensively and had a particular fascination with cities. At a young age he was encouraged not to accept authority, defy expectations, and “create his own answers to questions.” Bored with traditional school, Sascha learned to get away with challenging frameworks. In search of a path, he studied architecture in the U.K. because he thought it had the potential to change the world. He wanted to “have an impact on the way cities work,” and quickly realized that architecture in its traditional form was ill equipped to make lasting change. Sascha began to think about creating his “own discipline—architecture without the buildings,” managing to complete architecture school without actually designing a single building.

Sascha had a particular early focus on extreme urban conflict situations such as Soweto, Caracas, and West Belfast, the “interesting and neglected” areas dominated by “do-gooder organizations” that did not tackle issues from a systemic perspective, “activism packaged around inflexible ideologies.” In each area he saw the issues of the citizens tied up with governance and lack of solutions—becoming a resistance fighter in Soweto also meant resisting education; large percentages of Caracas shantytown dwellers lacked legal rights. In a series of efforts in cities, Sascha proposed various new approaches—from artificially reducing land prices to building community centers in Liverpool to shifting priorities from upgrading buildings to upgrading citizen legal rights. He designed a prototype for reforming community shantytowns in Caracas that was featured at the World Habitat Conference.

As a result of this work, Sascha co-founded a company, Interlace-Invent, which offered a consultancy service to cities looking for innovation, focusing on the shared interest of public and private leaders around growth and socioeconomic development. Through that work, Sascha developed strategies for innovation districts in Barcelona, Shanghai, Konstanz, and Bangkok, and advised companies like HP and various universities on investments for innovation campuses. In addition, he guided innovation strategies for the Government of Thailand, the European Union, and the Nordic Council. In this work, Sascha realized that cities lack the tools and skills to implement ideas, and created Living Labs Global.