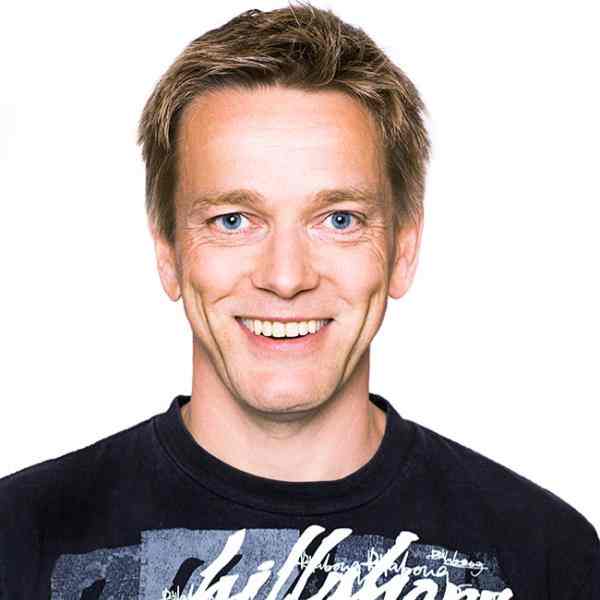 Trivselsprogram
Kjartan Eide is shifting the norms in classrooms across Scandinavia to unleash the active, playful, and empathetic nature of young people. Through a peer-based role modeling approach to recess,…
Read more

Kjartan Eide is shifting the norms in classrooms across Scandinavia to unleash the active, playful, and empathetic nature of young people. Through a peer-based role modeling approach to recess, Kjartan is building a future where youth consider it “cool to be nice.”

In schools across Scandinavia, young children experience boredom and inactivity during recess, inviting conflict, bullying, and poor health outcomes. Kjartan is redesigning recess in schools by adding an incentive system that urges young people to engage in physical activity and serve as role models for their classmates. Trivselsprogrammet (TL), which means Wellbeing Program in Norwegian, creates a system for active play in elementary and junior high schools that puts young people in charge. On a regular basis, students choose classmates who exemplify positive values to serve as Activity Leaders for recess games and activities. The student leaders are trained and supported in how to lead in an inclusive manner and receive tangible rewards in their communities for doing well. The incentive system not only reinforces students’ desire to serve as Activity Leaders but shifts classroom behavior towards collaboration and inclusion. As a result of the repeated practice of personal leadership, active play, and teamwork, Kjartan enables children to create a school environment that is free from verbal and physical bullying, gossip, and ostracism. As a result of TL, students enjoy increased activity and inclusiveness by their peers, schools mediate fewer conflicts among students and focus on promoting activity at recess, teachers have more time to teach, and parents observe their children feeling increasingly secure at school.

Despite government efforts to propose an increase in the number of hours per week young people spend being physically active, these efforts are often initiated from the top down and are not particularly well funded or supported. Physical activity levels among children and young people are decreasing in much of the developed world and, in particular, during school recess hours. The World Health Organization (WHO) recommends children have 60 minutes of daily physical activity. According to statistics by a Norwegian research entity, among 9 year olds in Norway about 70 percent of girls and 86 percent of boys reach these levels. Among 15 year olds, however, only 43 percent of girls and 58 percent of boys reach this activity level. With the growing prevalence of technology and mobile devices, the incentive to be active is also shifting. Whereas sports historically have required physical activity, a team and sports equipment, currently they can be entirely virtual. Children play games on their cell phones during recess rather than interact with other students, stunting the acquisition of important social and emotional intelligence. A study of 8 to 18 year olds shows that they spend 6.5 hours on average per day using personal media devices. According to the WHO, poor levels of physical activity will pose major health problems for the future, in terms of quality of life and also the social, economic, and health costs of chronic disease. In Norway, for example, one in five adults are obese (and rates even more alarming in other developed countries). Recess is currently an overlooked yet critically important opportunity for shaping an active lifestyle that promotes overall health.

The rates of persistent bullying in schools are also on the rise. In Norway, 60 percent of all bullying takes place on the schoolyard. As it is today across Scandinavia, recess is unstructured time during which children can do as they please. This leaves more time for direct bullying, but also exclusive games and activities that leave the quiet, shy and less popular children out. What is needed is a more structured recess program that works to integrate all types of children, regardless of their popularity, gender, race, or size.

In addition to psychological distress due to bullying in childhood and adolescence, those who have been bullied often struggle with mental health problems in adulthood. Those who have bullied others have statistically poorer prospects for a good life in the long term. To combat bullying, one must work continuously and through a targeted approach that incentivizes young people to act in a more empathetic and inclusive way. Though many anti-bullying programs already exist, they are commonly designed so that schools and adults lead the reduction of bullying, a less effective tactic which fails to emphasize change from within young people themselves.

Kjartan puts students in charge and provides them with the tools to create a wide ranging set of team sports adapted to individual schools and the students themselves. These collaborative activities that involve them in teamwork as well as physical activity help students understand one another and practice empathy. The system allows teachers to have more time and space to focus on teaching, rather than having to mediate conflicts that arise when students are bullied on the playground. Parents can feel like their children are engaged at recess in active play and involved. Through this process Kjartan is building a powerful network of schools across Scandinavia.

The core feature of the program is the student election of Activity Leaders twice per school year. Classmates nominate Activity Leaders who they believe exhibit good values toward others. These values include how kind, empathetic, and respectful they are of others. The teachers must approve the Activity Leader nominations before election to confirm that each candidate does not have a prior history of bullying. Each school has an appointed TL Leader who is responsible for overseeing the schools’ TL process.

After leadership training, Activity Leaders become the facilitators of inclusive activities in the schoolyard through initiating and leading activities at recess. Despite serving as leaders, they are also expected to participate in the activity just as any other classmate. To prepare for this role, along with the TL Leader from each school, they attend two of the program’s training sessions in their municipality each year. These training sessions explore a range of popular games and activities, while also teaching them how to lead activities in an inclusive, friendly, and respectful manner.

TL has created a manual with more than 400 illustrated activities in order to make the content of these sessions more adaptable to various settings and locations. This (also) is a key tool for the TL Leaders in each school. Each week, the school’s Activity Leaders meet together with the TL Leader to discuss their learning and create a plan for the upcoming week. Kjartan creates desirability around becoming an Activity Leader, incentivizing a new type of behavior in the classroom. During their terms as Activity Leader, for example, students receive Culture and Activity cards, which provide free and discounted entry to many cultural and sporting facilities, such as swimming pools, science centers, and football matches. They also receive diplomas upon completing their term and participate in a “Thanks for the Effort Day” at the end of their term. The core principle of Kjartan’s model is that no one should be alone at recess and everyone should feel that they have a place and a purpose. Kjartan believes that if you build the incentives and give students responsibility, they can handle it and grow tremendously.

TL employs a fee-for-service model that schools pay on a yearly basis. Schools sign three-year contracts that continue beyond the first term unless terminated by the schools. Key to their continued impact is maintaining a low fee for the schools to take part so that more and more can join. TL is run through a school network model to connect schools in the same geographic area and to ensure the systematic and cost effective scaling of the model. Schools that are close together take part in the same annual meetings, “play courses” for the newly elected Activity Leaders and TL Leaders, a national prosperity seminar, and activity courses for gym teachers and after-school staff. To increase the number of participating schools, Kjartan and TL staff give lectures at principals’ meetings in each municipality about the program. Through this method, they have experienced a domino effect in schools eager to participate.

The results so far indicate that 97 percent of TL staff noted increased activity during recess, 69 percent felt that the level of conflict among students decreased, and 90 percent felt that the nomination process led to friendly and respectful Activity Leaders, and that the program is highly effective. Building on this success, Kjartan is also addressing how TL can establish itself in pre-kindergarten and kindergarten classrooms, and is developing ways to potentially engage with elderly populations. He is also developing new ways to integrate games and activities from around the world so that recess can continue to be an active and inclusive time which also fosters cross-cultural learning.

TL has grown to include 820 schools in Norway, as well as 50 schools in Sweden and a number of schools in Iceland. Less than 1 percent of schools have cancelled their agreement with TL, illustrating that the program is well on its way to becoming a permanent and integral part of schools. TL has inquiries from Denmark, the UK, the Netherlands, Vietnam, and several countries in Africa, which they plan to pursue as they scale the program. TL is now represented in every county in Norway and in more than 100 municipalities. As TL grows, the participating schools become an even more powerful network of changemaking schools across the region.

Kjartan was born in Norway and spent his early childhood in Germany. His father was a university lecturer and his mother a kindergarten teacher. Kjartan attributes his curiosity and interest in human relationships to his parents. As a child, he was bullied in school, an experience that stuck with him throughout later years. As a young adult, Kjartan worked as an athletic instructor at Friskis &amp; Svettis, a Swedish non-profit organization that focuses on spreading exercise and low-cost gym memberships to as many new members as possible. With a background in physical activity promotion, as well as human interaction (especially as it related to bullies and their victims), Kjartan started to wonder whether there was a link between these seemingly disparate subjects.

Realizing he could take action to prevent bullying, Kjartan created a lecture series for parents and DVDs for students, teachers, and schools about anti-bullying and bullying prevention. This program scaled rapidly across the country. They reached 3,000 primary and secondary schools in Norway with the DVD and nearly 160,000 people through lectures. Combining his prior experiences with physical activity and human relationships, Kjartan has grown TL into an activity program that uses young leadership and active play as the primary strategies; to not only reduce bullying but to promote the value of physical activity among young people.

Kjartan has infused the organization with his own experience and passion for physical activity, recognizing that it is an effective tool to bring about profound change in people. He is often found playing with the children on the playground, in addition to ensuring that each year he visits every school in the TL network, to maintain personal contact with the schools and the students.