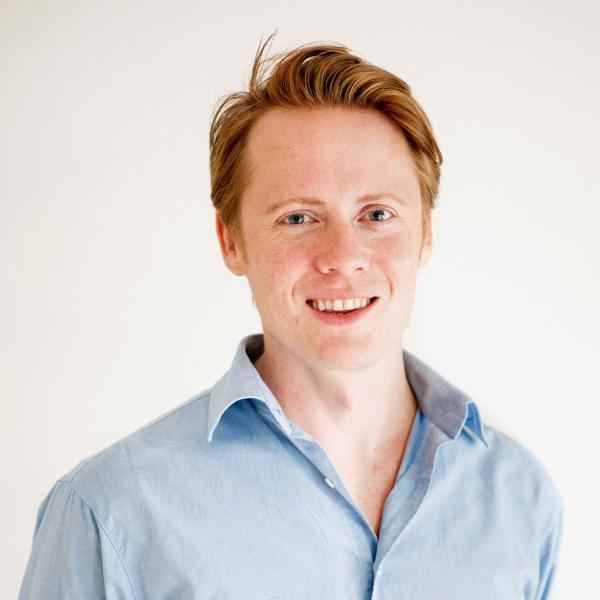 Ung Autism
In Sweden math education for children has stagnated, with math often perceived by young students as something alien, difficult, and irrelevant. A downward sloping performance curve in the Swedish…
Read more

Johan started the organization Ung Autism in 2016. Currently, Johan is working on a new venture which has developed a system for precision irrigation.

In Sweden math education for children has stagnated, with math often perceived by young students as something alien, difficult, and irrelevant. A downward sloping performance curve in the Swedish school system has resulted in a substantial gap between what skills the working world demands from their employees and what skills children possess. Johan Wendt is bridging the gaps between education and the business sector in Sweden and revitalizing the whole field of mathematics for young students by addressing how math is perceived and taught inside and outside the system.

Johan is creating a network of math programs to make math vibrant, exciting, and respected as a key skill for success. His tutoring programs are community-based, building a web of experts—from engineers to PhDs and beyond—to create a culture where math is easy and interesting. With a comprehensive approach utilizing YouTube, phone apps, online support programs and simulators, public math events, and an international network of tutors, Johan is building a new generation of math experts who understand the relevance of math and find it exciting.

Johan’s program is based on the principle that math is an integral skill to functional and active citizenship. As an informed member of democratic society, basic skills in math are essential. Johan has set up outreach channels that show how math can help kids in their career success, personal ambition, and daily life. Johan has created a free and accessible program where kids can and want to participate, equipping students with an interest for math and the skills they need.

Johan meets the kids where they are, using free, creative approaches that stealthily get kids interested in math; he has designed both physical and virtual platforms that encourage inclusion and participation on a large scale. Mattecentrum, the organization he founded, has an air of contagious enthusiasm that is imbued within the organizational structure, capitalizing on the peer pressure and “it factor” that drives so many youth habits.

Young people today do not grasp the real-life applications of learning math; whether its understanding the statistics that define news and determine politics, the percentages that determine interest rates, or the columns of numbers that translate into solvency or debt. Without seeing the relevance to their daily lives, they have little incentive to practice or stay engaged. They do not grasp how skills in math are a key skill to help them achieve their long-term goals.

Sweden has an export-led economy largely driven by large companies built on high technology research and development such as Skype and Ericsson. Technical companies face difficulties when hiring domestically with skilled labor in short supply—a problem prevalent in many Northern European nations. There is a substantial gap between the math skills taught in Swedish schools, and the skill sets that the Swedish labor market demands.

Math is an obligatory subject in the Swedish elementary school, and in most curriculums in Swedish upper secondary school. However, the students do not gain necessary skills and are not exposed to people who are passionate for the subject. Teachers in the Swedish school system tend to stay for the long-term—while this provides job security, it creates a culture of tired, traditional approaches. Sweden has the lowest math scores in Scandinavia and they are continuing to fall—from 3rd in the world to 25th in the last few years. Most teachers in Sweden have never had any other job outside the school system—thus they are often unable to embody the real world uses of what they teach.

Previous efforts have been small-scale and expensive. Private math tutoring charges high fees and is driven by parental decree rather than student initiative. Students are not met in their own communities or social spheres.

Johan is transforming how young people view and understand math. With Mattecentrum, he is building a network of student participants and volunteer experts to provide a viral, community-based resource and social scene dedicated to improving math comprehension and building excitement. He is working to reframe students’ approach and thinking toward math, beyond acing the test. Johan’s program is designed to meet students at a variety of levels—to build an understanding and love of math among those who struggle, and improve skills and ambition for those who love it. He has designed a free, scalable institution build largely on existing resources and volunteers, motored by enthusiasm.

Johan’s Mattecentrum provides free tutoring from experts who work in fields that utilize it, such as engineers and PhDs, to emphasize the real world applications of the discipline. He is tapping into people who love math to be conscious role models, making their enthusiasm contagious. 50 percent of his volunteers are working in mathematical fields, 35 percent are studying, and 15 percent are retired, particularly retired mathematical professionals such as Deloitte finance staff.

Johan meets students where they are, offering several weekly tutoring locations after school, as well as on weekends, in school buildings and in social settings where young people gather. The tutors he employs, while experts, are positioned as peers, “a best friend more than a teacher.” He is adamant that students must choose to attend his sessions, and turns away students who are forced there by school or parent. He has designed democratic structures into Mattecentrum, with youth structures guiding governance and practices. To emphasize the self-motivated atmosphere, he allows students to choose their tutors. Johan’s Mattecentrum sessions are designed around a ratio of five students per one volunteer, offering intimate instruction and relationship forming.

Johan is trying to reframe how young people see math—from the dreary subject that is a source of dread to a vibrant, essential, and cool area of study. As part of this effort, he has created a number of social campaigns to catch youth attention, such as YouTube videos of famous celebrities doing math and promotions on major Facebook groups. As part of his effort to make math exciting, he stages big public events, such as an annual effort in Stockholm that erects a large circus tent in a central square and has hundreds of young people doing math in a day-long festival before year-end exams. Johan is seeking to detach math aptitude from intelligence: “we are leaving behind the myth that if you’re not good at math, you’re not smart.” He builds demand for math by emphasizing the social life aspect and experience.

Johan has a comprehensive strategy to reach young people through a wide variety of channels. In an effort to broaden his reach, particularly to rural areas with few resources, he has designed an online math program that includes YouTube tutorials, Facebook outreach, photo galleries, chat rooms and chat tutoring, a simulator, and practice tests. Seeing the traditional and outdated booklet of mathematical formulas handed out in unchanged form through generations, Johan designed a website and app to replace it. Johan’s app has been the most downloaded educational iPhone app in Sweden, Norway and Denmark.

Johan has designed his math clubs to grow in a viral model for efficient expansion. His tutoring clubs are operational in seventeen cities in Sweden, offering twice weekly sessions, with five separate locations in Stockholm ten times per week. Mattecentrum is expanding into Denmark and Norway and have reached 100,000 children face-to-face. Johan’s online components have hosted users from 131 countries and 57,000 unique visitors. Together, his programs have reached 12 percent of young people aged 13 to 19 in Sweden, with substantial numbers of girls and immigrants. He has worked with an American mathematics teacher to record online lessons and other offerings in English to expand his reach. He plans expansion into the Baltics, Germany, and the U.K.—areas with equivalent downward slides in math aptitude.

After being turned away from the school systems, rather than bashing the education system, he positions his work as a complement and supplement. His work depends on scholarships and sponsorship from eleven or twelve large corporations such as Accenture and Casio who see his work as a strong investment in their future workforce and a source of volunteer engagement for their staff. He also supports his work through traditional Swedish foundations. The democratic structures of his tutoring programs allow support from the Swedish Youth Board, a consistent and long-term source of government funding. Currently, schools across Sweden are competing for him to establish his model.

Since his early years, Johan has been driven by fairness and has always felt a need to address and eliminate injustice. Johan’s mother was a very supportive and impactful tutor, and her presence as a guide and role model left a strong impression on him. Despite her efforts, as a young student Johan was very frustrated with what he perceived to be a poor education. As an adult Johan reflects back, “At fourteen you do not know what to demand.”

As a young adult and civil engineering student, he lived below a family of seven children. One of the neighbor children was struggling with math classes, and Johan offered to help. This first tutoring session turned into twice a week, and the single student brought an ever-expanding crowd of friends and family. After moving into an unfulfilling career in wastewater management, designing experiments around the country for a large power company, Johan, the child of two teachers, found he missed the energy and sense of accomplishment and purpose that came with working with young people and math. Johan found a borrowed classroom and began setting up his own math classes and tutoring programs—a small idea that grew internationally.

Johan has a long history of creative, entrepreneurial tactics. In an effort to build support from parliament, he sent a math problem to members with a note: “If you can solve this, come as an Ambassador. If you can’t solve it, come as a student,” and saw twenty Members of Parliament attend his public event. As a young man, he saw his brilliant sister unable to find a job and becoming increasingly depressed. He took out an ad in a local paper offering €2,000 (US$2,700) to any person who could find her a job. He called other newspapers to ask if they had seen the ad, drumming up ample publicity and a flood of offers for his sister (though she refused to speak to him for a number of months). From this experience at a young age, he began to realize his own ability to “create the news.”