Thanks to the support and inspiration from his family, Riski is leading initiatives that address both environmental and economic challenges to improve his village. 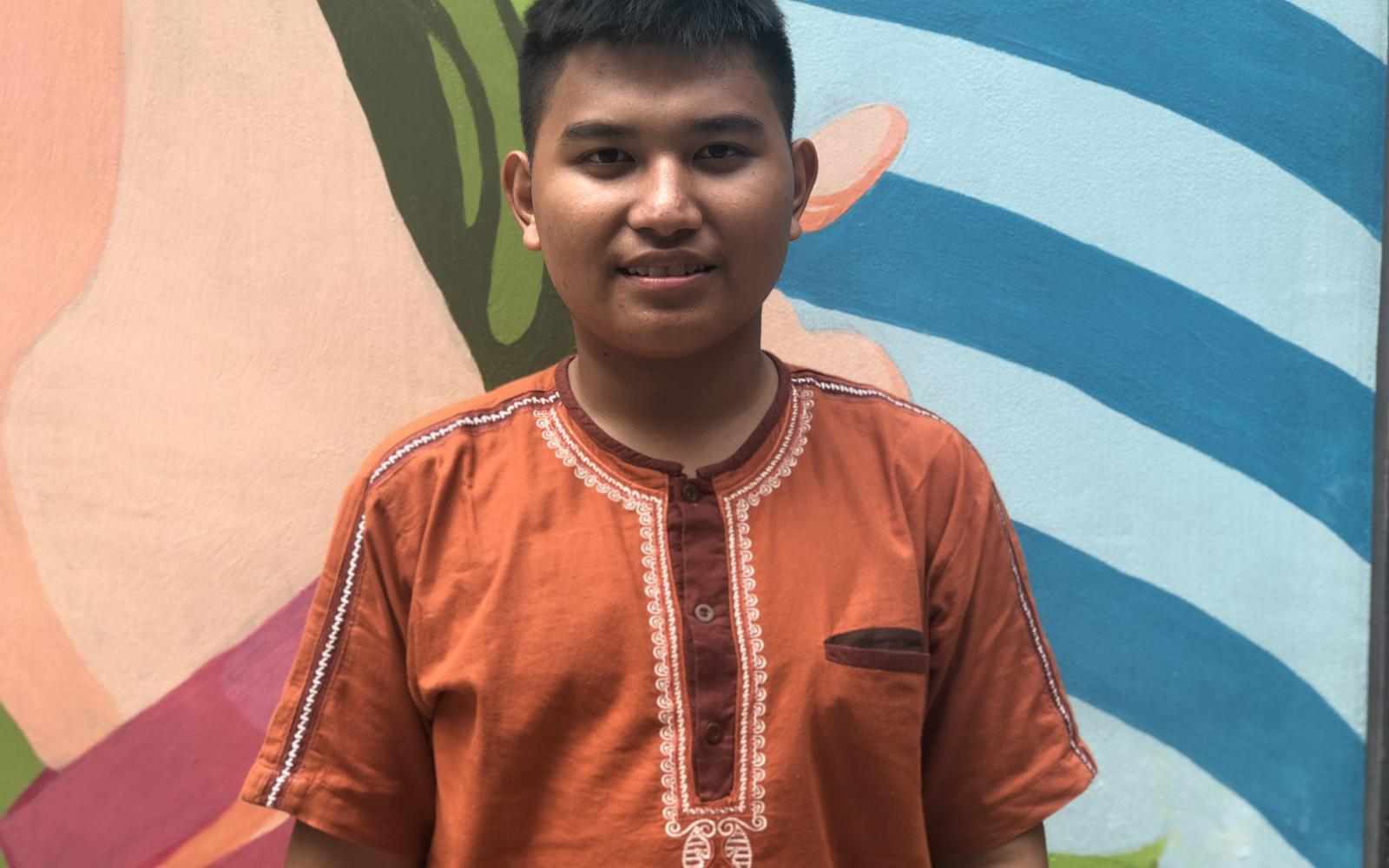 Changemaking calls for collaboration and teamwork. In Indonesia, the principal of “gotong royong” embodies this element of changemaking, which means mutual cooperation to achieve a shared goal. Riski lives by this value, applying “gotong rogyong” to his daily life by harnessing the power of young people in his community to identify holistic solutions to address environmental and economic injustices. Through beautifying public spaces, eliminating waste, and creating incom- generating activities, Riski and his team are designing solutions where everyone sees themselves as a powerful contributor and as a changemaker.

When Riski Febrian moved to Pakisaji Village in Malang, located in the Indonesian province of East Java, he saw multiple environmental and social problems. These problems include poor water drainage, a deficient of trees, economically disadvantaged elderly and widowed community members, a lack of public spaces to play, and a general lack of community involvement. After living in the village for six months, Riski discovered that these social problems were not isolated, but rather intimately interconnected.

Citing inspiration from John F. Kennedy’s famous saying, “Ask not what your country can do for you – ask what you can do for your country,” 15-year-old Riski felt motivated to take action and asked himself, “What can I do for my village?”

Riski attributes his parents and his grandparents for fostering his confidence, which Riski believes enabled him to find his changemaking power; “They always told me, ‘you can, you can.”

Before moving to Pakisaji, Riski’s first changemaking experience was in middle school when he gathered a team of friends to clean up a local river that was full of garbage. Together, they hosted a community clean-up and learned about the importance of environmental conservation. Riski says that this leadership experience laid the groundwork for him to create a positive change in his new village.

To get started, Riski formed a village youth group, and their first activity  was meeting with the community leader to discuss both challenges and opportunities in their village. Encouraged by the conversation, Riski launched his venture, Satu Cinta Lingkunganmu Membawa Kebahagian Tuhanmu Serta Orang Terkasih di Hidupmu, or “One Love for Your Environment Brings the Happiness of your God and the Beloved in your Life” in English. The mission of the venture is to improve the environment, his own community, and, eventually, all villages in Indonesia.

For instance, they developed a waste recycling business with young people and single women in the village. Young people collect waste around the school, then pass the waste along to a women's group, who craft handbags and clothes and sell their goods online. This model enables everyone to participate in income-generating activities for economic mobility while reducing waste through up-cycling.

We have to start with ourselves first if we want to see a better world.

Another issue Riski was troubled by was the numerous vacant lots, especially around and near people’s homes. Growing up with a green front yard with trees and flowers that his parents planted, Riski was inspired to initiate a greening project, which encourages every house to have small gardens with vegetation like chilies, tomatoes, and onions. Aside from the environmental benefits, every household can save money by picking fresh herbs, spices, and vegetables from their own garden instead of buying all their produce at the market.

There are also vacant lots scattered throughout the village that Riski and his friends aspire to transform into public parks. Together with the neighborhood chief, the administrative leader of the village, Riski’s team is reviving a  vacant  lot to be a playground and space for ecological activities. This project aims to empower every community member to develop a sense of ownership and pride over the shared public spaces.

At first, not everyone agreed with Riski's ideas and some people refuse to participate. However, criticism and non-participation motivated him more because he wanted to prove naysayers wrong by achieving his goals and improving the village.

Riski’s initiative has served more than 15 widowed women living in poverty. Mrs. Muslimat is one such example, who used to rely on a neighbor for every meal. Through her artesian work, she is engaged with the community and earning a living wage.

Young people are also developing their own sense of awareness and agency, owning their changemaking ability by joining Riski and his team. The team's environmental campaigns are changing residents’ behavior to conserve and contribute sustainably. This change is evident by the reduction of flooding during the rainy season because of better drainage and greener spaces throughout the village.

Riski lives by the value of "gotong royong," or mutual cooperation, which means getting things done by acknowledging the power of others. He recognizes that his initiative would not work without the collective power of everyone on his team, which includes both young people and adult allies like his parents, the neighborhood chief, elderly groups, and women groups.

Riski believes that changes start within us as empathy is fundamental before any action can be taken. Motivating others to lead young, Riski believes that anyone of any age can affect change, noting that “We have to start with ourselves first if we want to see a better world.”