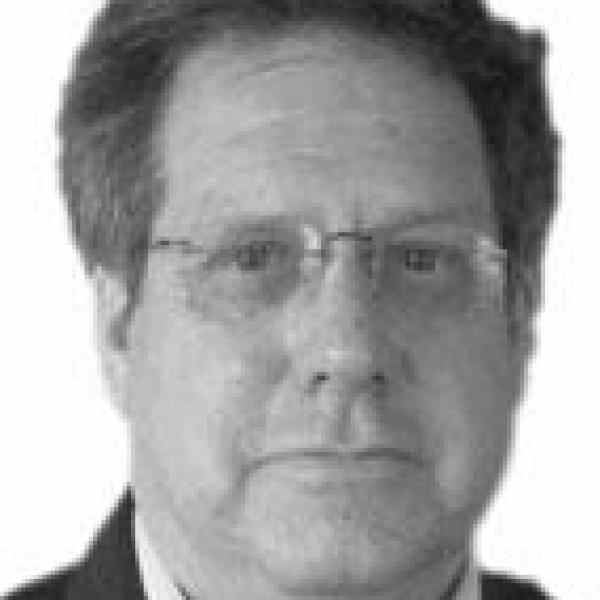 Bill Pace has helped democratize global policymaking by increasing the citizen sector’s role in addressing global challenges, particularly the effort to reduce the likelihood of war. By forming and uniting diverse global networks to address big challenges, Bill has demonstrated how to practice collaborative entrepreneurship at the highest level.

Over the last two decades, Bill Pace has been at the forefront of the movement to ensure the citizen sector’s meaningful participation in global decision-making. In addition to his involvement in the Rio Earth Summit in 1992 and the UN Resolution on the Responsibility to Protect Doctrine in 2005, Bill’s vision is best exemplified by his relentless determination and leadership in the creation of the International Criminal Court (ICC). In 1995, when he learned that discussions at the UN General Assembly about an international criminal court were going nowhere, he founded the Coalition for an International Criminal Court (CICC), an international network that subsequently grew to over 2,500 organizations from all regions of the world and from all sectors of civil society.

From its inception, the CICC brought together citizen sector groups with differing, and sometimes competing, agendas and ideologies, and helped them work collaboratively to achieve a shared goal. One of the creative ways in which Bill facilitated these efforts was by inviting the legal advisors of the organizations to the Coalition rather than the Directors, thereby reducing posturing and one-upmanship between competing organizations. By establishing an international treaty process for peace, the CICC pioneered group entrepreneurship at the highest levels of global policymaking.

Bill Pace has created diverse global networks of governments, international NGOs and citizen sector experts at a time when strategic partnerships were rare and ineffectual. In order to do this, he had to overcome the objections of ambivalent, resistant and authoritarian governments. As he did so, Bill remained focused on his ultimate purpose: establishing new international mechanisms that make war less realistic and less possible.

Throughout his life, Bill’s journey has moved from a personal statement against the Vietnam War to legal and institutional mechanisms that surround war with international and national frameworks. Although humanity will never abolish war, Bill is working to ensure that it becomes much more costly and less destructive.

Throughout history, decisions affecting whole populations have been made by small groups of elites. However, over the last three decades, nongovernmental organizations have grown in number and size, and led to a significant expansion of the scope of citizen sector. Inevitably, citizen organizations (COs) began seeking access to arenas of policy-making that had previously been the preserve of UN member states. However, the lack of transparency at the United Nations and other such bodies dedicated to global governance inhibits the creation of constructive and sustainable partnerships between COs, governments and other entities.

Furthermore, the frequent politicization of negotiations on human rights, security, trade, the environment and a host of other issues undermines the legitimacy of international treaties.

The non-participation of the citizen sector in global decision-making is a tremendous waste of resources. In addition to promoting objectivity, transparency and efficiency at the UN, COs can contribute their knowledge and resources towards solving problems. Because they are uniquely positioned to identify and address emerging global challenges, they serve as an incredible asset. Any significant collaboration between the citizen sector and the UN, however, remains hamstrung until stronger partnerships are forged.

When Bill began his work, the number of groups working to democratize global governance could be counted on one hand. With time though, he learned that this absence of effective actors made it possible for committed groups to have a major impact on altering the status quo.

In order to achieve his vision of a more democratic and inclusive approach to global governance, Bill has facilitated collaboration between different international actors, including governments, COs, academics, and individual citizens. While serving as Executive Director of the World Federalist Movement – Institute for Global Policy (WFM-IGP) in 1994, Bill created the Coalition for the International Criminal Court (CICC) through which he proposed an international treaty conference to formulate a legal framework for the proposed court. Over 160 governments took part in the “Rome Conference” in 1998. Under Bill’s leadership, the CICC decisively helped shape the Rome Conference: monitoring negotiations, producing daily information briefings for worldwide distribution and facilitating the participation and parallel activities of the more than 200 COs.

The CICC also coordinated the input of civil society organizations through issue teams and formed a group of 12 “like-minded” countries (Canada, Australia, South Africa, and Germany, among others) that were in favor of the court and, crucially, did not fall along typical UN divisive lines. After five weeks of intense and often emotional deliberations, 120 nations voted in favor of the adoption of the Rome Statute of the ICC with only seven nations voting against it, and 21 abstaining.

The CICC is credited with some of the most important aspects of the Statute including the structure of the court and its emphasis on the independence of the prosecutor. In fact, the five permanent members of the UN Security Council – the United States, Russia, China, England, and France – initially desired to possess a monopoly on the right to refer cases to the court, but Bill and his team successfully pushed for an independent prosecutor that could receive case submissions from a range of actors, including COs and individual citizens. By doing so, the CICC ensured that the court would not be under the control of the UN Security Council and thus, less subject to the political horse-trading that typically prevents effective UN intervention in global challenges.

Over the following three years, Bill spearheaded ratification efforts in a number of countries, creating a Secretariat to coordinate the efforts of various organizations and act as the campaign’s hub. The CICC adopted a country-by-country approach, strategically identifying target countries in each region and then examining and resolving specific legal challenges on an individual basis. The CICC also created political will and momentum in different ways, working extensively with the media and leading academics. Today, the CICC is focused on strengthening the integrity of the court as an institution. Specifically, it is working with COs to build a holistic understanding of the ICC’s mission around the world in order to help national governments create laws to prevent mass atrocities at the local level.

Bill continues to dedicate his efforts to the International Criminal Court and the vision of global governance more broadly. His involvement in the widely-respected Responsibility to Protect (R2P) Initiative further demonstrates his commitment to ensuring citizen sector involvement in global governance. The R2P initiative started as a report commissioned in order to develop an international legal framework for military intervention in the face of genocide and mass atrocities. As a result of Bill’s leadership, the UN passed a resolution in 2005 affirming that governments have the obligation to respond to cases of extreme human rights abuses; a responsibility to protect individuals despite the actions (or inaction) of their governments.

Bill was raised to believe that community service is the responsibility of every citizen. After graduating from college, he decided not to fight in Vietnam due to moral objections, but his decision proved costly as he was often turned down by potential employers as a result of it. Eventually, Bill became a history and astronomy teacher at both the high school and university level, where his interest in astronomy led him to read Albert Einstein. After discovering Einstein’s writings on peace and the moral struggle against war, Bill was inspired to create and direct organizations focused on improving international advocacy and upholding international law.

Bill has co-founded a number of CO networks and steering committees, including the NGO Steering Committee for the UN Commission on Sustainable Development and the Washington Coalition for Human Rights. In 2001, he was awarded the William J. Butler Human Rights Medal for being a “cardinal figure in the creation of a permanent international criminal court.” He has published articles – on international affairs, multilateral treaty processes, and CO participation in global decision-making – in a range of publications including The New York Times, The Wall Street Journal, The International Herald Tribune, The Times of India and Die Zeit.

Today, Bill and his wife Lydia divide their time between New York and The Hague. Since few believed in the possibility of governments creating an international tribunal to hold politicians accountable for war crimes, and most wrote off the CICC’s chances even before it got started, Bill is fully aware of the scope of the achievement. As he so eloquently puts it, “the capacity of…‘like-minded’ countries to shape this historic new system of international criminal justice, this new international legal order, is unprecedented. It is the advancement of the dream…of the Einstein’s and Gandhi’s, whose aspirations for humanity, and a world beyond war, should not be underestimated.”