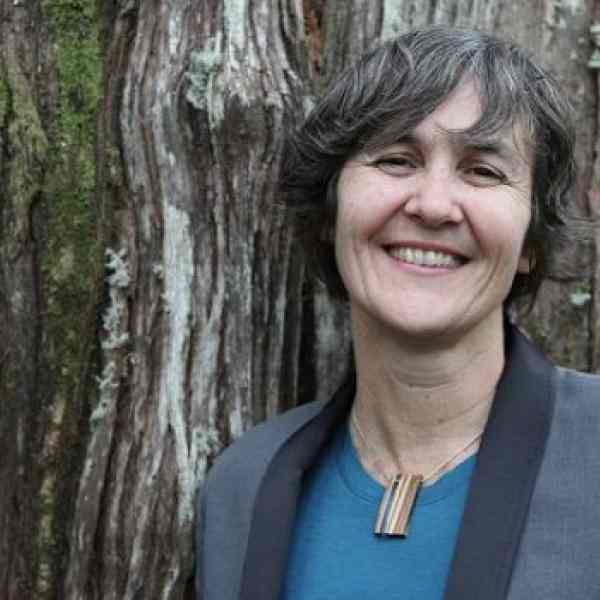 Nicole Rycroft is safeguarding the biodiversity and the long-term survival of ancient forests by shifting heavy paper consuming sectors away from products that originate in the ancient rainforests of British Columbia and endangered forests globally. Simultaneously, she is creating the market demand for ecologically viable alternatives.

Instead of relying on individual consumers to make the "ancient forest free" choice, Nicole is utilizing the combined economy of scale of Canadian corporate purchasers both to create the market demand for environmentally sound alternatives and to stimulate investment in, and production of, alternative papers and construction materials. Signatory companies are then highlighted in social marketing and product branding campaigns aimed at increasing public awareness.

Signatory companies must agree to phase out their use of products derived from these forests within a three-year period thereby allowing sufficient time for alternative products to be developed on a scale to fill the market gap. In addition, they must agree to meet reduced toxics targets and overall consumption targets.

Ancient forests are disappearing. According to a 1997 assessment by the World Resources Institute, only one-fifth of the Earth's original forest remains in large, relatively natural ecosystems known as frontier forests. Unlike fragmented, human-altered forests, frontier forests are large enough to ensure the survival of plant and animal species, sustain aboriginal ways of life, and act as invaluable refuges for global biodiversity. Frontier forests are also necessary to regulate the Earth's climate, and currently they store more than 430 billion metric tons of carbon–more carbon than would be released from 70 years of fossil fuel burning and cement manufacturing.

Three countries–Brazil, Canada, and Russia–contain more than two-thirds of all remaining frontier forests. For those that remain, industrial logging poses the greatest threat to their survival. Almost 40 percent of British Columbia's ancient rainforests and 65 percent of Canada's boreal forests are logged to produce paper. Globally, 71 percent of the world's paper supply is derived from ecologically valuable, biologically diverse forests.

Forest depletion has been a difficult trend to slow or reverse because of the institutional power of the logging industry and because currently demand cannot be met by ecologically sound alternatives to the wood-products market. With global paper consumption projected to grow roughly 50 percent by 2010, shifting major paper consumers to more environmentally responsible purchasing practices is a powerful way to turn the tide against forest destruction.

The challenge is to protect ancient growth forests while meeting corporate demand for paper. At this time, demand does not reward suppliers for investing in the research and development of alternative products. Without incentives to shift sourcing to these areas, pressure on unmanaged and untouched forests will only continue to increase.

Initially, Nicole went directly to the paper producers. When they said that her vision would never be achieved, that it was too risky for them to produce a paper without a guaranteed market, she turned to the book publishers for market commitments. One of their first signatory companies–New Society Publishing–underwrote the entire cost of the first two truckloads of "ancient forest friendly paper" ever produced. Once that paper sold out, the producers knew they had a market demanding their new product.

The logic of Markets Initiative, Nicole's organization, is based on a chain reaction of supply and demand. When a book publisher becomes a signatory company and agrees to phase out its use of virgin paper fiber, its first step is to communicate to its printers that they will require increasing amounts of ancient forest-friendly paper. In order to provide enough time for the supply side of the market to catch up to the newly created demand, signatory companies are given a three-year period in which to phase in products that meet Markets Initiative's ancient forest-free standards. Printers then turn to their paper suppliers to announce that they will need ancient forest-friendly paper, which meets the environmental specifications laid out by Markets Initiative. Paper producers, finally, coordinate with logging companies, tree farm owners, and recycling companies. Markets Initiative works closely with all the players in the supply chain, assisting with trouble-shooting as the need arises.

By 2003, 32 of Canada's leading publishing houses, including Random House Canada, Penguin Canada, and McClelland &amp; Stewart, had committed to eliminating the use of ancient forest papers from their books. In the past 12 months alone, Markets Initiative signatory companies printed more than 2 million books on newly developed ancient forest-free papers, saving more than 14,000 trees. When the fifth volume of the Harry Potter series is released later this year in Canada, it will be printed entirely on ancient forest-friendly paper –this one print run alone will save more than 15,000 old-growth trees. As more and more companies come on board and the demand for ancient forest-friendly paper continues to increase, the cost of using such paper continues to decrease.

Markets Initiative is now embarking on transforming another heavy paper consuming sector–magazine publishers. Capitalizing on the momentum it has generated with book publishers, the initiative has already established a foothold in the industry and has four formalized commitments in place. By 2004, it aims to have 25 signatory companies in the magazine industry.

Because paper producers use pulp sources from all areas of the world, a global policy is a central platform of Nicole's work. The policy and implementation commitments of the signatory companies eliminate the use of ancient forest fiber–wherever its comes from. As a result, many of the world's ancient forests are already positively affected.

Extending her global reach further, Nicole is working closely with six international nonprofit organizations providing advice and direction, template materials, and attending joint meetings as these groups begin to engage those in the book industry in their respective countries. She is the only Canadian representative to a new and broad coalition of international groups developing a vision for transforming the international paper industry. Such a coalition builds international political support and financial incentives for publishers using environmentally sound papers.

One rainy morning on a mountainside in Clayoquot Sound (one of British Columbia's most majestic old growth rainforests), Nicole found herself, yet again, standing atop a blockade in an effort to keep loggers out of the ancient forests. While waiting for the police to arrive, Nicole realized that although the blockade might stave off the chainsaws for a while and would, as a tactic, raise the issue before decision-makers, it was not a solution strategy. Not long after this moment on the blockade, Nicole started to work on Markets Initiative full-time. She convinced a handful of environmental organizations to each throw in $200, and the work got off the ground.

As a child growing up in Australia, Nicole founded her first environmental organization at the age of nine, while attending primary school. At the age of 10, she wore a Florence Nightingale costume around school–complete with cape and veil–in an attempt to raise awareness and money for the Red Cross.

Years later, restless and unclear about how to plug into the social justice work that was so important to her, Nicole left her post as a physiotherapist to travel and work in Southeast Asia and Canada. She left with a list of Australian government-funded development projects in Southeast Asia, and made a point of visiting a number of them to see why they had been chosen for funding; she found that Australian commercial interests were often not difficult to trace.

In Burma, Nicole took a risky volunteer position with Earth Rights International, conducting field research on human rights violations and environmental destruction by the Burmese military regime. Her time in Burma further convinced her that many international human rights challenges are linked to environmental destruction, which in turn is driven in large part by the unsustainable consumption patterns of Westernized societies.