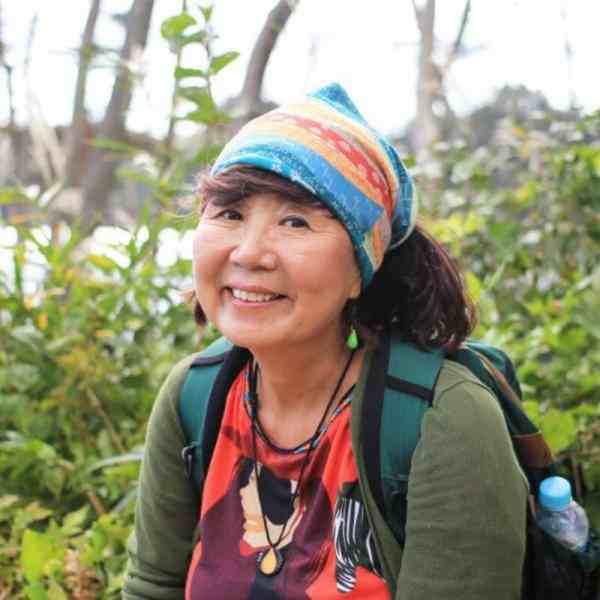 Myung-sook Seo is harnessing citizen participation to create cultural and economic development opportunities outside of large metropolitan areas. By mobilizing ordinary citizens to build new hiking trails that pass through villages, she enables local residents and hikers alike to discover previously unappreciated natural and community resources and to build lasting ties beyond those created through typical tourism channels.

Myung-sook created a low cost alternative to government-driven and capital-intensive development projects by engaging ordinary citizens on a volunteer basis. Through her organization Jeju Olle, citizens participate in identifying, building, and maintaining hiking trails, and in doing so, revitalize local economies and cultures rather than channeling citizen voices to influence government-led work.

Jeju Olle is much more than an ecotourism initiative. Unlike most hiking trails that highlight the natural beauty in the surroundings, every Jeju Olle trail is designed to pass through at least three villages to maximize hikers’ exposure to everyday lives and ordinary people in various Jeju communities. The collective effort is intended to develop and manage the trails as well as the hikers’ appreciation for the local culture and nature, in addition to fostering community pride, civic participation, and collaboration. In addition, Myung-sook has leveraged Jeju Olle’s increasing popularity to create socially-oriented businesses and initiatives to benefit local residents and hikers beyond tourism channels. In essence, Myung-sook has established Jeju Olle trails as a platform through which local residents and outside visitors interact with each other and build lasting ties.

Myung-sook has come to see Jeju Olle as a template for citizen-led, environmentally sustainable development, especially in Asian societies that are rapidly industrializing and urbanizing with little regard for creating a work-life balance. Myung-sook has developed formal and informal networks to replicate Jeju Olle’s success in Japan, China, and other parts of Korea.

According to Statistics Korea, nearly half of South Korea’s national GDP and its 50 million citizens are concentrated in the Seoul metropolitan area. Seoul’s population density is the highest among major cities in OECD countries—twice that of Mexico City and eight times that of New York City—creating constant traffic congestion and pollution.

The efforts to reduce the socioeconomic gap between Seoul and other regions of Korea have largely been driven by the central government. This has generally occurred through implementing large-scale infrastructure and industrial development in areas identified as urban growth centers. Regional governments compete to attract people and investment by hosting government institutions, high-profile events, or large corporations. The result is uniform development with little consideration for unique local culture and environment. Citizen participation is often limited to influencing minor budget adjustments or protesting environmentally damaging construction projects.

When local governments look to tourism as a flagship industry of the region like Jeju Island has, a common strategy is to serve the high-end customers at luxurious resorts owned by outside investors or selling package vacation programs detached from local realities. Most economic benefits go to outside investors and local residents often have little means or drive to monetize the unique economic potential their environmental and cultural assets may present.

In addition, Korea’s rapid industrialization and urbanization resulted in intense competition and societal pressure to work long hours. People in Korea work 2,090 hours a year, one of the highest rates in the OECD where the average is 1,776 hours. More time spent at work means less time for leisure and rest.

Jeju Olle works with citizens and communities to identify possible trails off the beaten path along the coast and through ordinary villages. (The word Olle in Jeju dialect means narrow alleyways that connect homes to main streets.) Once a potential trail is identified, citizens’ volunteer their time to make it walkable using natural and recycled materials. Trails are often named after those who built them and the communities self-organize to manage the trails and guide hikers.

Myung-sook founded Jeju Olle, an incorporated non-profit, to engage various stakeholders relevant to trail development without being tied to a particular commercial or political interest. Myung-sook started Jeju Olle using her retirement savings and recruited her family to build the first few trails. Initially, Myung-sook faced many doubts and opposition from private property owners, local businesses, and government authorities. She overcame this by patiently persuading them that opening up Jeju’s villages and natural environment would create unique cultural and economic opportunities. Over time, many developed trust in Myung-sook and her work, and even the military stationed in Jeju—a seemingly unlikely partner given Myung-sook’s liberal reputation—volunteered time to build Olle trails. Myung-sook did not stop at turning select villages or trails into tourism destinations: Through community participation, Jeju Olle built a total of 21 routes covering 420 kilometers that ring the entire island, an area that is 1.5 times the size of New York City, in five years.

Olle trails appealed to the desire for quality rest time and self-reflection among urban dwellers in fast-paced Korean cities. Since Olle’s launch, the number of Olle hikers per year has increased 300 times, reaching 1 million in 2012. The economic effect of the hikers is estimated to be over $60 million through increased income and job creation. For instance, Seogwipo Traditional Market, which served primarily local shoppers, has experienced a 10 to 15 percent increase in sales each year since an Olle Route that passes through the market launched in 2009.

Jeju Olle does not accept entrance fees or government funding for the basic operation of trails. The trails are free and open to everyone. The organization raises resources from individual and corporate donors, while generating income from the sale of branded souvenirs.

While increased tourist traffic certainly helps local tourism businesses, Jeju Olle’s approach is designed to help the entire community, including those whose livelihoods are not directly dependent on the tourism industry. For example, Jeju Olle created a network of 12 companies that share their networks and resources to help communities around Olle trails launch businesses and socially oriented initiatives. These new operations include an agricultural co-op which sells organic produce boxes to 500 monthly subscribers and over 5,000 Olle hikers a year buy from a handcraft co-op of 10 to 15 immigrant women who make accessories designed around Jeju Olle’s logo.

Olle trails also serves as a platform for connecting people. For example, the Olle Academy educates hikers on the history and culture of the villages Olle trails pass through. The academy students go on to volunteer for other Olle initiatives, building ties to Jeju communities beyond one-off sightseeing visits. The academy also serves as an informal community of people who consider moving (or have moved) to Jeju. As of 2014, Jeju’s population has grown by 90,000 people. Due to this growth, the government is specifically relocating its agencies and employees as part of its regional development policy.

Now that Jeju Olle has completed trail development on the island, Myung-sook’s goal is turning Jeju Olle into an international knowledge hub for using citizen participation and hiking as a tool for development. She is enabling trail organizations around the world to share best practices through the annual International Trail Network conference—the first international conference convened on Jeju Island. Myung-sook has also begun to spread Jeju Olle’s knowledge in creating village-oriented walking trails to other regions in Korea and abroad. Jeju Olle has helped Yangpyong, Korea, and Kyushu, Japan develop walking trails modeled after Olle’s success to revitalize their local economies and civic cultures, and has had productive communications with tourism and community development authorities in China.

A native of Jeju, Myung-sook spent her early years in Seogwipo, the southern part of the island. Whenever she traveled from the island, she felt the socioeconomic gaps between Jeju and the rest of the country. Yet Jeju deeply influenced her. Its people, culture, and environment were always with her.

Myung-sook’s parents owned a small store in a traditional market. She recalls that it was almost always her mother, not her father, who made important business decisions. Her mother’s strong will and leadership was an important foundation for Myung-sook, who became one of the country’s first female political journalists, and later the first female chief editor of a major newspaper.

In the late 1970s, at the height of Korea’s military dictatorship, Myung-sook was involved in student activism. She was a student journalist during the day and a teacher to factory workers at night. Journalism was one of the few means available to challenge the dictatorship and to help advance Korean democracy. After spending seven months in jail for criticizing the military government, she could not find a job as a journalist and supported her family working as a freelance reporter.

At the end of her 25-year career, Myung-sook was physically and mentally exhausted. After the “Sisa Journal Incident,” in which many of her former colleagues were forced to resign for refusing to remove a negative report about the paper’s major corporate sponsor, Myung-sook questioned her dedication to what she considered a life-long calling. Although she helped them found a new media company and worked as an editor, she soon took time off to go on an extended hiking trip in Spain. The hiking trip was a time of reflection and rest for Myung-sook. A life-changing moment of inspiration came when meeting a British woman who had spent time in Korea. When Myung-sook mentioned she wanted to return to Spain to hike, the woman asked her why Korea, a fast-paced society that so badly needs rest and leisure, does not have similar trails. Myung-sook realized her hometown of Jeju has unknown villages and natural resources that could provide a unique background for hiking trails.