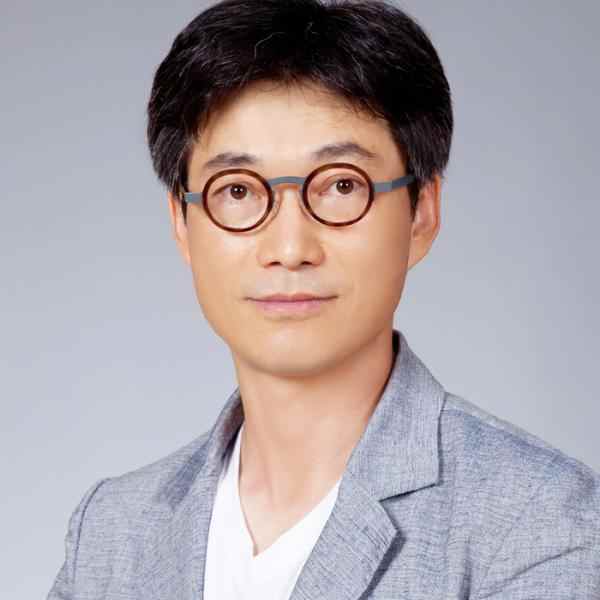 Dea-gon Yi has created a citizen-led storytelling and publishing initiative to revitalize municipalities outside the Seoul metropolitan area. Through the “Hae-ri book village” model, and partnerships with education authorities and municipal governments, Dea-gon is demonstrating that cultural approaches can catalyze community renewal.

Dea-gon Yi has created a citizen-led storytelling and publishing initiative to revitalize municipalities outside the Seoul metropolitan area. His approach differs from the conventional idea that declining towns have only economic-development solutions to survive. Through the “Hae-ri book village” model, he is demonstrating that cultural approaches that enable ordinary citizens to document, celebrate and share their cultures and realities can catalyze a community’s renewal.

In doing so, Dea-gon is creating new cultural voices for the country. By empowering ordinary citizens -- children, teenagers, the elderly, school teachers, etc. -- to identify, explore, and professionally publish content that is relevant to their local lives and communities but can resonate with the broader society, Dea-gon is redefining who has the expertise to shape public narratives about local realities, and what is worth archiving as public memory. The experience of creating such content, instead of simply consuming content created by “experts,” awakens one’s self-awareness and interest in his/her own community, and the resulting publications enable society to assign a new value to local cultures.

The overwhelming disparities between the Seoul metropolitan area and the rest of the country are driving demand for Dea-gon’s solution. Dea-gon and his model are sought after by municipalities struggling to revive their communities and cultural identity. In addition, the closing of schools in many small towns has created new public spaces. Having demonstrated how such public spaces could be leveraged for the benefit of all in the community, his sights are now set on spreading his methodology to more municipalities and influencing the school system so that younger generation can grow up as “producers” (and not just consumers) of cultural identity.

4 out of 10 municipalities outside the Seoul metropolitan area are at the risk of vanishing due to low birth rates and aging population. The future looks much more pessimistic if a handful of major cities are excluded from the analysis: 7 out of 10 municipalities are at the risk of disappearing. This rate almost doubled in the past 5 years. Already 50% of Korea’s population resides in the Seoul metropolitan area. Young people, in particular, continue to move to Seoul or other major cities in growing numbers for educational, cultural, and economic opportunities. As a result, people outside of Seoul feel left out and struggle to see a future for themselves and their places.

As migration to major cities continues to grow, children and the elderly are often left behind and most affected by the decline of a physical environment and the loss in culture and relationships. According to the survey conducted by the Ministry of Education, there are 20,878 schools in Korea as of 2017. Meanwhile, the number of schools closed was 3,595 in 2014, 3,678 in 2016, and 3,752 in 2018. Among them, the schools situated in Gangwon, Jeollanamdo, and Gyeongsang Provinces, where most of the rural areas are located, account for 53 percent of the national school closing rate. When a school shuts down, families with young children have no choice but to leave their town or travel long distance for basic education.

Efforts to revitalize municipalities are often driven by the government, focusing on infrastructure development and job creation through tourism. In this process, local cultures tend to be objectified and shaped by consumer interest rather than community members. This reinforces the public perception that municipalities outside of the Seoul area are outdated and underdeveloped and so are the people there. Citizens lose their ability to produce culture and experts with credentials and fame determine people’s cultural experience.

Dea-gon has developed a citizen-led storytelling and publishing initiative. His main methodology is to ‘read, experience, write, and publish together.’ One of his initial interventions was a 2-day publishing camp for children at an abandoned school building that had been shut down due to lack of students. All participants start by signing a “publishing contract,” claiming their identity as an expert with a credible voice. They lead the entire process of identifying the subject matter, designing the learning and interview process, document and publish the result.

While the books are published professionally and available for sale, their primary purpose is not revenue generation. It is to engage people in the process of thinking about and describing their realities and local cultures. Publishing a book gives the participants a chance to claim their identity, tell their stories, and communicate with the world, without having to rely on outside experts. One such book about how to respond to natural disasters published by a group of 8 students was selected top 200 books of the year in 2017 (over 80,000 new books are published in Korea each year). Since Dea-gon launched the publishing camp 5 years ago, nearly 100 books have been published from and about the Hae-ri village, a town of only 3,000 residents.

Using his ‘read, experience, write, and publish together’ methodology, Dea-gon has been working for six years on a village school program for the elderly as well as children and youth. He invites senior citizens in the area who have not had opportunities for formal education. They learn to express themselves through writing, painting, photography, and other forms of creative expression rooted in their daily lives. Senior citizens are also interviewed by young people who then write and publish their lived history. Their learning process and creative expressions are recorded and published professionally. Through these programs, the “uneducated” old ladies become published authors and artists with an individual style.

In addition to developing creative programs, Dea-gon and his team are building partnerships and systems to spread his methodology to more municipalities. Korea’s urgency to address stark regional disparities is already driving demand for his solutions. For example, Dea-gon welcomes over 1,000 visitors each year -- from government officials to community activists to local libraries -- who want to learn from and replicate his model. In addition, many regions including Busan(2nd largest in Korea) and Gwang-ju (6th largest in Korea) are organizing budgets referring to the Hae-ri Book village model for urban revitalization. In partnership with the Go-chang municipal government, the Hae-ri village will also host the 3rd Annual Local Publication Festival, a monumental event for local writers, in 2019, following Su-won City (400x the population of Hae-ri) and the Jeju island (200x) in previous years. Dea-gon plans to leverage the festival to showcase the critical roles ordinary citizens can play in cultural renewal and to further accelerate the spread of his model.

Another key component of Dea-gon’s spread strategy is to establish a government-accredited alternative high school ‘Book school Hae-ri’, where students will design their own learning objectives and collaborate in teams to publish a book in a topic of their interest and importance to society. Dea-gon has been raising resources and designing the curriculum building on the experience of the Hae-ri village. He has also built a network of 10 “friends” libraries and schools around the country that will help spread his school’s methodology and influence beyond the four walls so that more local schools can empower their students as the producers of culture.

Simultaneously, Dea-gon has partnered with a District Office of Education in Gwang-ju City to support 7 teams of local school teachers to publish books about their experience and know-how. The teachers specialize in diverse subject matters ranging from social studies to coding to special education -- ones that are usually considered ‘less important’ in standardized exams. The experience of authoring content and claiming expertise is transforming the teachers and their relationships with the students, helping Dea-gon build a stronger case for influencing the public education system.

Dea-gon grew up in Gochang, a small town in the Jeonbuk Province where Hae-ri village is located. His values were influenced significantly by his father who established one of the first credit unions for small farmers in Korea.

After majoring in Korean literature in college, Dea-gon built a successful career as an editor. It was a time of significant change for the publishing industry. Editors were no longer invisible proofreaders. They rose as powerful content producers and equal partners to authors.

In 2006, Dea-gon purchased an abandoned school in Hae-ri that his great grandfather had established. Like many other schools in small towns across the nation, the once vibrant school shut down due to lack of students and was at the risk of becoming a slaughterhouse. Dea-gon decided to use his skills as an editor to revitalize municipalities across the nation -- one of the most urgent challenges and biggest opportunities Korean society faces -- and moved to Hae-ri in 2012 to pilot his approach.