They come from diverse backgrounds and have weathered through the pandemic, emerging more powerful as changemakers and as 'successful' young people in an exponentially changing world.

Ashoka Young Changemakers is a carefully selected network of young people who have found their power to create change for the good of all and are ready to take on their next big role as co-leaders of the global Everyone a Changemaker movement.

Ashoka is the world's largest network of Social Entrepreneurs and Changemakers. Founded in 1981 and headquartered in Arlington, VA, the organisation supports 4000+ Ashoka Fellows who are solving systemic problems in 92+ countries. As the world is becoming increasingly unequal, Ashoka's work is now focused on tearing down this New Inequality. Ashoka Young Changemakers are at the centre of this effort!

Having already launched their own initiatives, built teams, and created positive change in their communities, these young changemakers are best positioned to steer this movement and to reimagine how we define 'success' for individuals, communities, and countries.

Our new cohort of Ashoka Young Changemakers from India addresses a plethora of issues: pandemic response, environment, gender, mental health, education, agriculture, and promoting arts & culture among others. Moreover, their efforts have already activated hundreds of young people to become changemakers in solving these and many other complex challenges in their communities.

As new members of the larger Ashoka Network, these powerful young people are now tasked with building partnerships, mobilizing systems, and enabling tens of thousands of young people to kickstart their life-changing journey towards becoming empathetic entrepreneurs & intrapreneurs who can thrive in an exponentially changing world.

The Ashoka Young Changemakers programme in India is made possible by the support of our partners Mphasis F1 Foundation and IKEA Foundation. 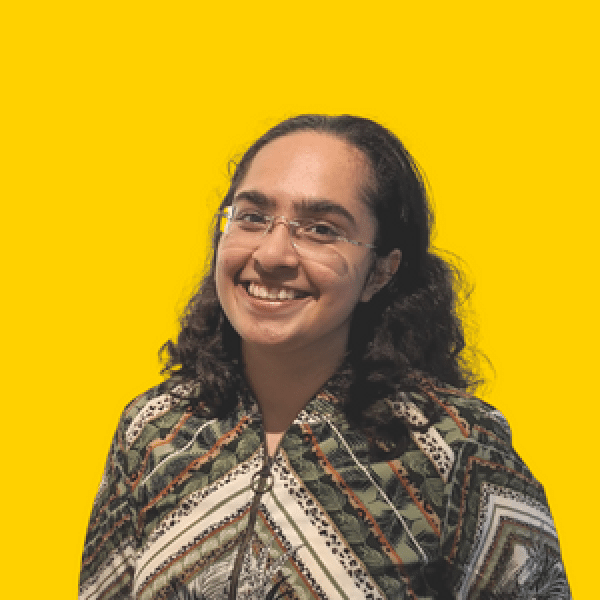 Anagha began building her youth-led organization Yours Mindfully (earlier MindChamps), with a mission to bridge the gaps in awareness, inclusion and accessibility in the mental health space. A robust community of 40+ youngsters aged 15-22 years from across the world, Yours Mindfully is mentored and guided by experienced psychologists and social workers. It is a platform that offers inclusive and research-based mental health resources and organises listening circles, workshops and digital media campaigns that provide students, teachers, and parents with a support system to deal with mental health challenges. The team has impacted over 5000 young people worldwide, as of May 2022. Anagha and her team are on a moonshot journey to make mental health resources accessible to 1 million youngsters by 2030. 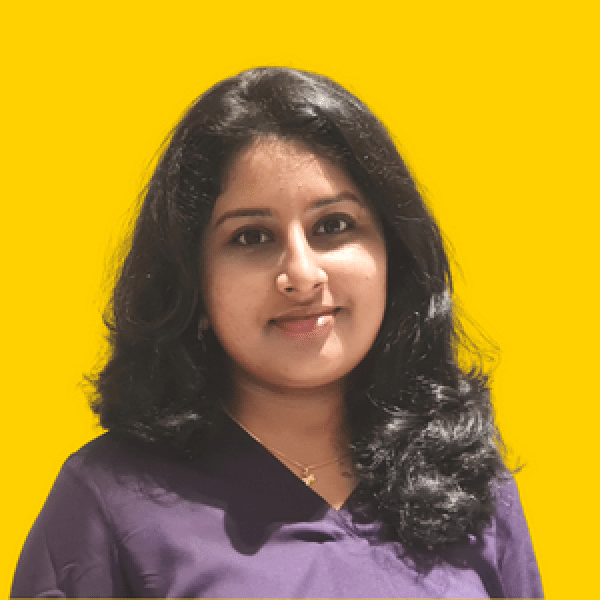 A complete lack of awareness and conversation around financial literacy, an important life-skill, troubled Anjana. With the aim to deepen conversations around it, she started FunFunds - a digital platform that provides free financial literacy courses for different age groups and attempts to counter stereotypes of finance as something dreadfully boring. The platform operates via social media and, as of May 2022, has reached over 600 people. Anjana hopes that the platform comes to be seen as a benchmark for well-rounded and accessible financial education in the future. 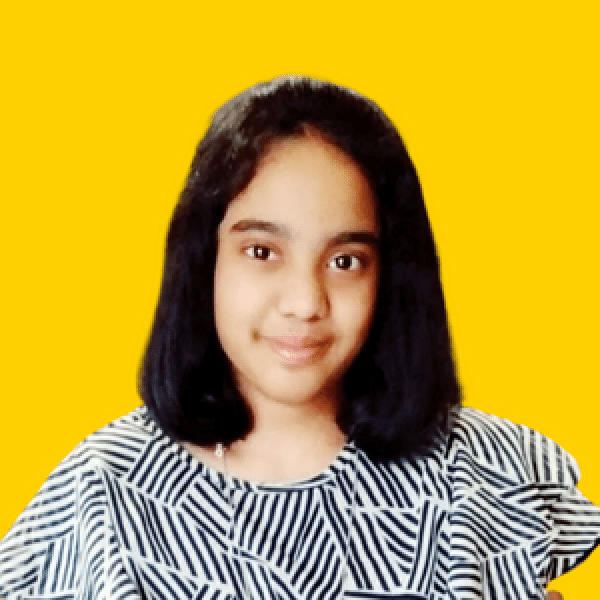 With the aim to empower and enable young minds to channel their creativity for change, Bhagyashree founded Empower magazine. She conceptualised the magazine as a platform where young people can communicate issues near and dear to their hearts without the barriers of nationality, race, culture or gender. With a team of people aged 14-22 years, as of May 2022, the magazine has published 11 editions and boasts of a monthly readership of 4000+ across 80+ countries. As a ‘by-youth, for-youth' publication, Bhagyashree hopes to partner with high schools across the world to give students a chance to have wide- and far-reaching conversations in the future. 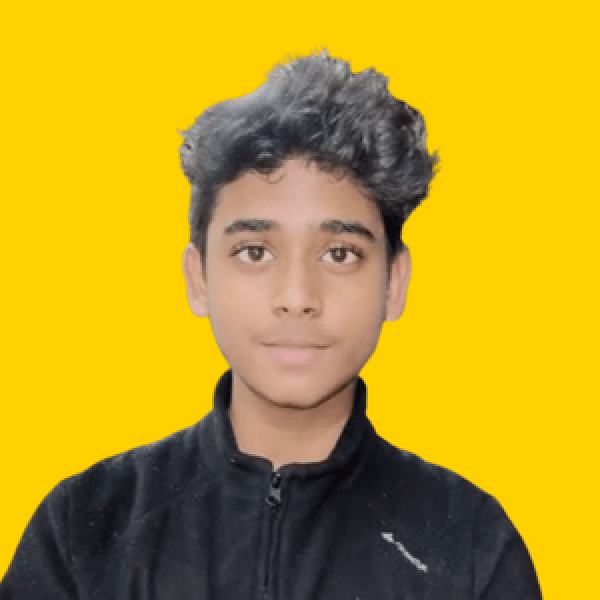 Growing up in a country like India where half of the population doesn’t have an active savings account, Dhruv founded ‘Finance4Future’. Along with 22 team members, his initiative is trying to address the problem of financial illiteracy that is largely prevalent in lower-income communities and rural areas of India. As of May 2022, they have been able to reach 230 students belonging to underfunded schools and underprivileged communities and offered to take 10-14 classes on basic financial concepts. Their model relies on contacting schools, setting up classes and covering the basics of banking, loans, budgeting, investment methods, employment benefits etc. Dhruv emphasises for an effective platform where various small social entrepreneurs can interact with each other and grow, which according to him is a necessity and perhaps the only way to exponentially scale the impact brought by changemakers. 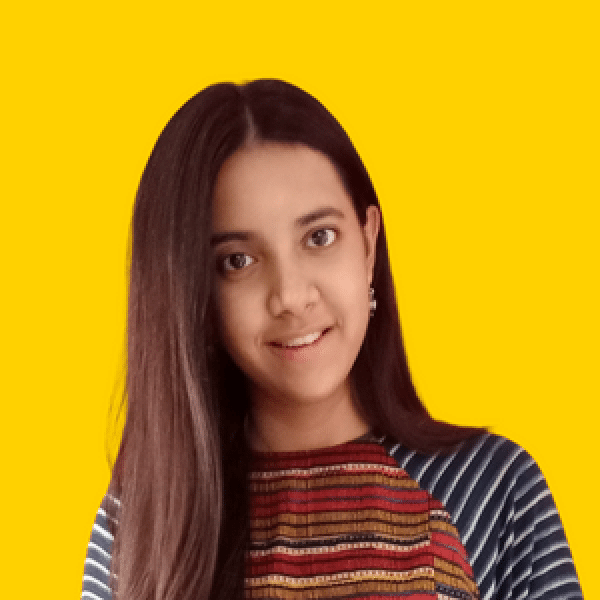 Dwishojoyee started her initiative ‘The Soft Move’ with a motto of helping young people move away from being ‘Noise-makers’ and towards being ‘Change-makers’. The 30-member team led by Dwishojoyee, runs ‘The Paperbag Project’ that works closely with street vendors in helping them switch from plastic bags to paper bags. As of May 2022, the team also engages over 5000 school students to produce these paper bags from newspapers during a weekly dedicated period. This helps students understand ground realities of creating long-term solutions that work for all. 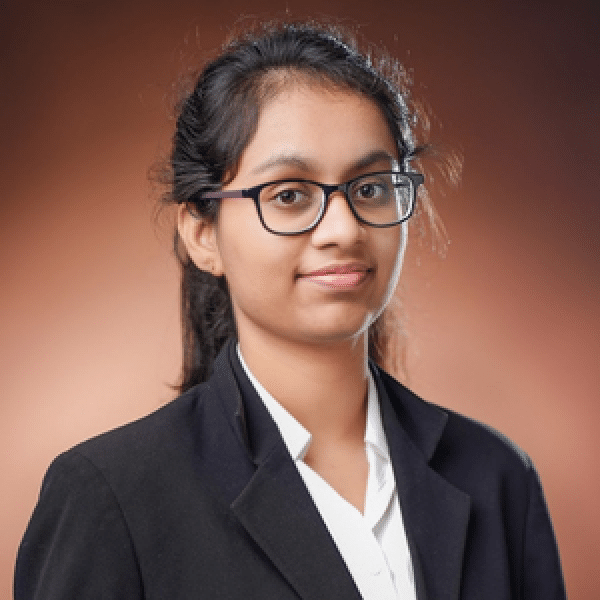 As the deeply detrimental education gap came to light in the post-pandemic world, Kalash realised the need for accessible education for all. What started off as a class of two, taught by Kalash in her backyard, is now a youth-led team that is spread across ten cities in India, and abroad. Fun Learning takes a leaf out of the Singaporean education system, tries to implement various learning techniques aiming to make education more interesting for kids, and involves youth in social activity that helps underprivileged children in education along with providing managing and changemaking skills to the persons involved. As of 2022, Fun Learning Youth has mentored 700 students across the country and is now moving towards re-enrollment of students in formal schools and increasing accountability within traditional schooling systems. 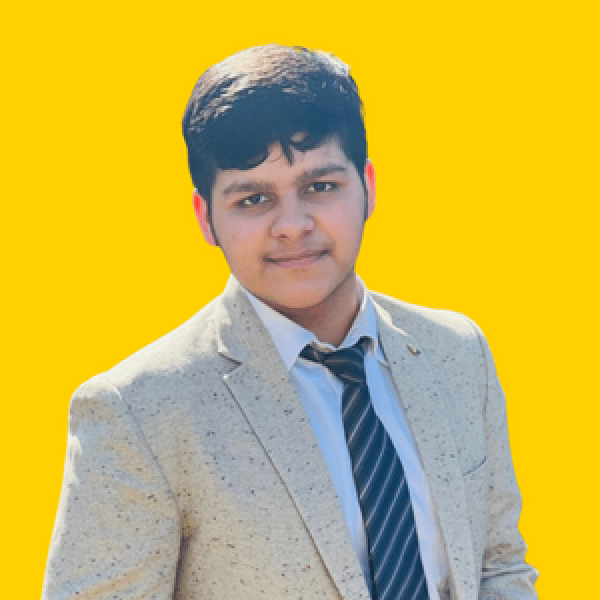 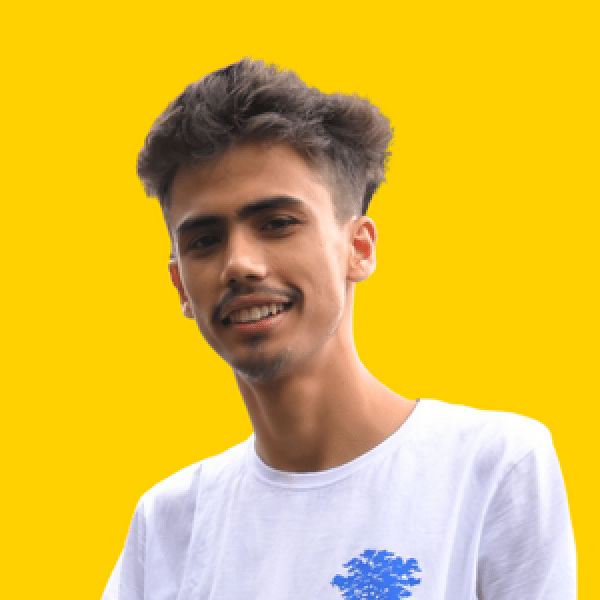 Prajal started his changemaking journey when he was 16 when he organised the first open-mic in his state to promote poetry and performing arts. During the deadly second wave of COVID-19 in India, when he was stuck in college and received numerous texts related to COVID-19 causalities, necessities and deaths; he came up with a solution as a management system with an overall 200+ volunteers team. Using the power of social media, later he collaborated with various media houses of his state and across the country and worked as an emergency coordinator under the guidance of Chief Minister Sikkim. The team was active in 21 states in India and helped more than 1000 patients in 13 days. Moving forward, Prajal is working to launch 'Ripra Clothing' as a brand that promotes indigenous arts of 200+ tribes in the North Easters region of India. 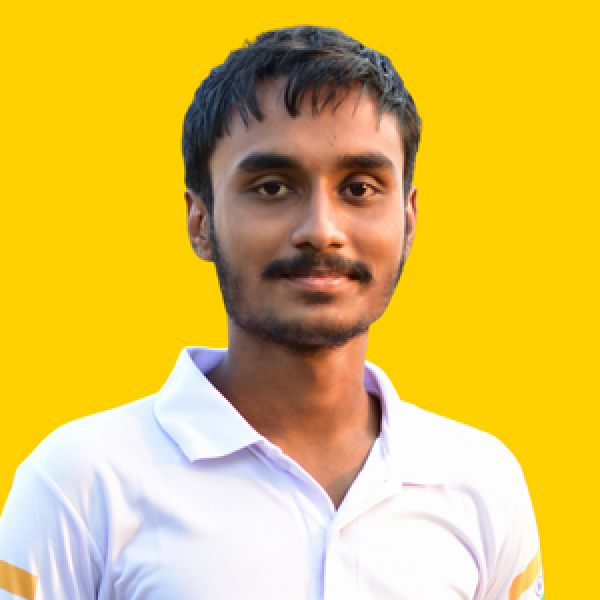 Seeing 90% of his family’s produce was destroyed due to pest and microbial attacks, Rishikesh started ‘Kishan Know’ when he was 15. The IoT and AI-based model helps recognize pests and microbial attacks in under 12 hrs and recommends the right pesticide to use for that particular infestation. Moreover, it is offered as an inexpensive service so that farmers do not have to invest in new machinery or skilled labour. As of May 2022, this has helped over 7 villages save their crops from damage. Rishikesh is currently working with the government to be able to scale this service at the state and national levels as well. 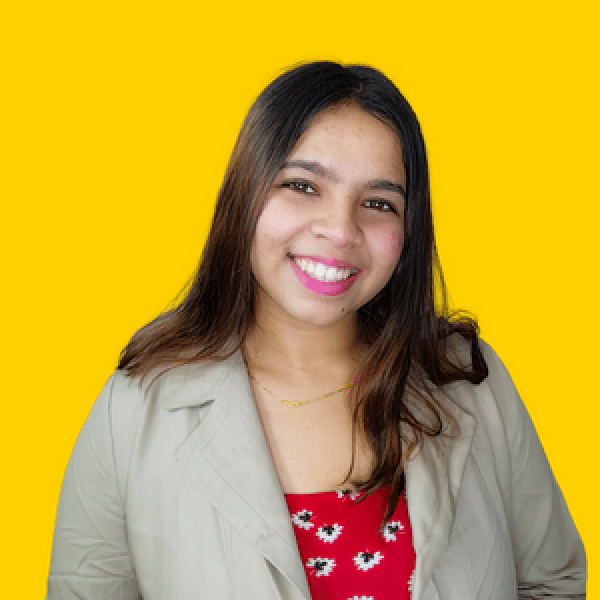 Having volunteered with other organisations on gender and development issues, Sagarika found a need for more youth-led initiatives in the North East. Through ‘Maan Ki Umeed’, Sagarika and her 40-member team have been focusing on enrolling slum kids to primary schools and organising various capacity-building programs for them. As of May 2022, the team led by Sagarika has been able to reach more than 500 girls and women from rural and underprivileged areas, donated over 15,000 sanitary napkins during the Assam floods of 2020, and provide food ration kits to over 1500 families during Covid-19 pandemic covering 4 districts of Assam. 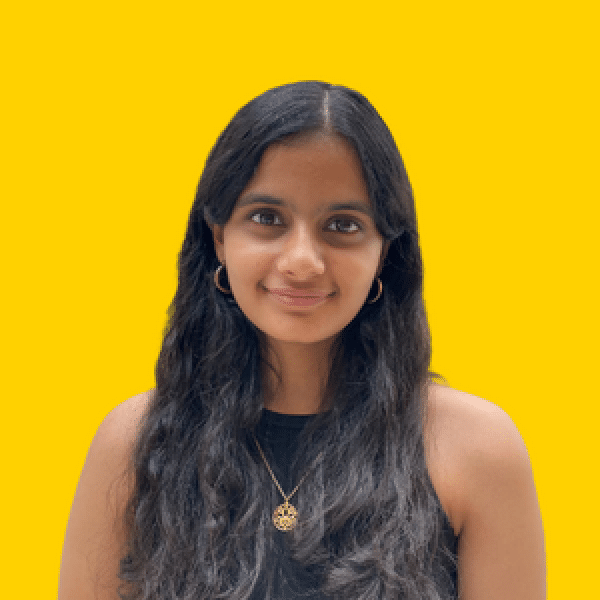 The absence of internship and work opportunities in India for high school students was a major point of contention for Shloka. To remedy the situation, she created the platform, InternMee, for high schoolers to upskill themselves by gaining work experiences most relevant to them. With the motto “Experiences to Excel”, the platform has partnered with NGOs and start-ups to establish a one-stop platform to help students find work as well as helping organizations find and recruit passionate volunteers. With a core team of 25, the platform as of May 2022, has 35,000 global users and has catered to 20,000 applications with a matchmaking rate of 50%. 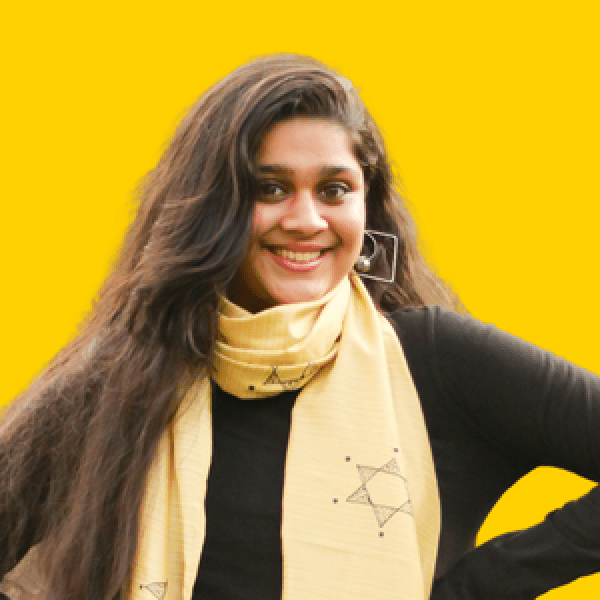 Suhani believes that a consequence of compartmentalised education and a blinkered approach toward the art and creative industry has led to a dearth of opportunities in the creative field. The lack of monetization and reduced scope of innovation further discourages students from exploring the field. This is what propelled Suhani to launch Sangam India - a platform for empowering local artists, entrepreneurs and creative minds. With a team of 40 people aged between 14-24 years, as of May 2022, the platform has a base of over 400 member artists in their nationwide community. Sangam is known for its events wherein artists and entrepreneurs showcase their skills, expand their businesses, and meet their future collaborators. 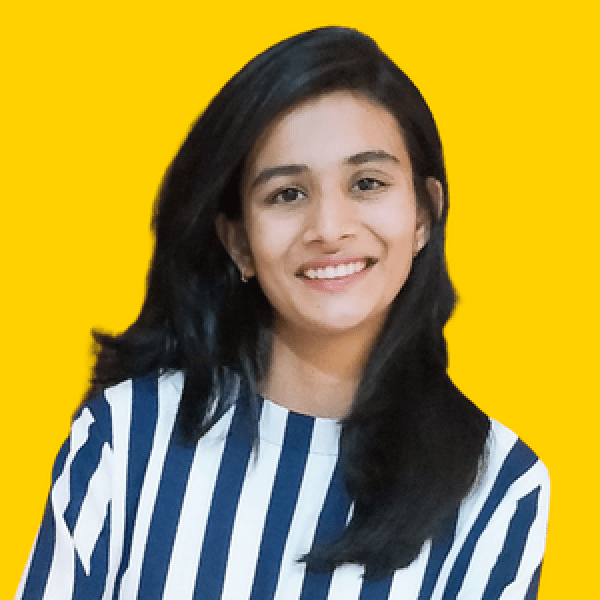 Vasundhara realized societal pressure and the existence of stigma around mental health discussions when she was in eighth grade. Her own realization of anxiety and traumas encouraged Vasundhara to launch ‘Inspire Dose’ with the motto that “may all beings everywhere be happy and free, and may the thoughts, words, and actions of my own life contribute to that happiness and to that freedom for all.” Inspire Dose works at the intersections of mental health, spirituality, and identity among young people. With a team of four, Vasundhara has been organising surveys, writing blogs, making videos, recording podcasts and providing self-care items. Focusing on social media as a primary tool to communicate and spread awareness across nations, Vasundhara’s initiative has been able to contribute to destigmatising mental health, providing mental health support to people, and making youth find new pathways through spirituality.

Impressed by the work of our changemakers? You too can contribute to our Movement. Here are 5 ways to support young changemakers and address growing inequalities by expressing respect and empathy in action.