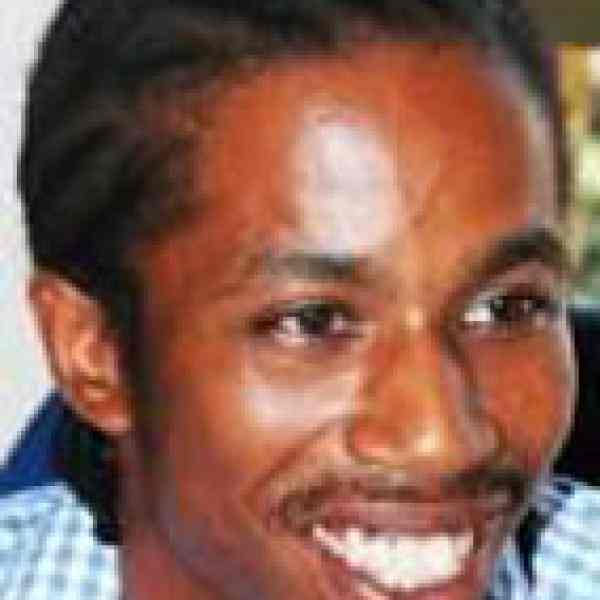 In deprived areas of London, increased violence, theft, and drug use have contributed to the rise of crime among young people. To address these problems, Junior Smart has developed an ex-prisoner led peer mentoring system that provides services to prisoners to address the broad array of problems they face in prison, before release, and as they integrate back into society.

Southwark Offenders Support (SOS) is an individualized, holistic mentoring program run by ex-offenders that works with prisoners at a high risk of re-offending both before and after their release. SOS takes into account the many influences ex-offenders are exposed to on leaving jail, including family, peers, gangs and the local community. The model makes sure these needs are addressed in an integrative way prior to the offender’s release, in contrast with other programs of limited scope that are implemented after. Junior is changing communities through his reintegration program, helping ex-offenders take on a positive role in society as role models rather than gang members. Junior works with clients to help them tackle the stigma of being an ex-offender and gives them opportunities to make positive contributions to the community. By helping them integrate, he is further breaking down the stereotypes of ex-offenders while also reducing their likelihood of re-offending. Junior’s model is different from those offered elsewhere because he understands the system from the point of view of a service user. Since SOS is ex-offender led and uses ex-offenders as staff and volunteers, trained and committed mentors are in the position to build unique relationships with clients and have a lasting impact on their lives, fulfilling a role that existing institutions cannot. The SOS mentor integrates services, taking a holistic approach to a newly released person’s needs, rather than expecting an individual to struggle, seek out care, and then access what they need. This mentoring system ensures that the service provided is customized and personalized to an individual’s challenges. SOS challenges the entire existing model for provision of services to those in and leaving prison. Among the massive social and financial benefits of Junior’s program is the reduction in rates of re-offending to only 10 percent. By reducing this trend, Junior is stopping the cycle which keeps communities trapped by crime.

Britain’s criminal justice system is characterised by prolific re-offending, with nearly 56 percent of adult offenders and 75 percent of young offenders committing a crime within two years of leaving prison. This is partly due to the negative influences within communities, where young people are exposed to gangs, high levels of drug use and dealing, and weak social networks. Often when ex-offenders are released back into the community without substantive behavior change, they are not only very likely to re-offend, they are also likely to influence other young people in the community who may perceive them as older role models.

As re-offending rates show, existing criminal justice institutions have failed to address this negative cycle. In fact, imprisonment simply perpetuates the cycle. Upon release from prison, offenders are often unable to access housing, employment and training, and face a complex range of challenges that prevent them from becoming productive members of society. Among these obstacles is the stigma associated with having been in jail. Often, ex-offenders are not prepared to re-enter the education system and employers are hesitant to hire someone with a criminal record.

Further contributing to this problem are the statutory bodies that deal with offenders as they leave prison. Often these systems are stovepiped and isolated from each other, with certain services run by the prison service while an individual is in prison, and then run by the probation service after they leave. The vertical, siloed nature of how these different organizations are funded and structured results in little communication between structures, and this lack of continuity often damages a re-offender’s chance of engaging those new services successfully.

The costs of these failures of the criminal justice system are multifold. First, there is a great social cost that results from repeat re-offending as it weakens communities and sends negative role models into society, reinforcing the cycle of crime. Financially, it costs £80,000 (US$118,000) a year to convict and imprison a young prolific offender, or £126,500 (US$186,200) for an adult offender. Given the number of repeat convictions and that re-offending rates have remained largely unchanged since 1997, the waste of financial resources is enormous.

Junior is taking a holistic approach to helping offenders by acknowledging and acting upon the full range of their life influences. Instead of removing individuals from their old environments, he seeks to replace negative influences with positive ones through mentor relationships that work directly with the partner, family and friends of the ex-offender.

Through these partnerships, SOS creates positive community roles for these individuals, first by emphasizing the role ex-prisoners can play in preventing further offending. Additionally, graduates of the program are given the opportunity to gain an accredited qualification in information, advice and guidance, which can then be used as qualification to volunteer for the SOS+ project with young people at risk of offending. All in all, this project gives the ex-offender valuable experience that can eventually lead to employment, while also promoting positive engagement with the community.

Work starts with the target group prior to their re-entry into society, as mentors get to know clients, assess their needs, and prepare them psychologically for their release. Concurrently, the mentor also works with family and peers on the outside to include them in the process. Once released, mentoring continues to ensure the client is housed and involved in training or employment to address any problems as they arise. A large part of the program’s success is contingent on this personalized relationship that the mentor forms with the client, as well as the people closest to them.

Junior also works with prison authorities to target those individuals whose case histories demonstrate they are at the highest risk of reoffending, such as those with a history of gang-related crimes. As the SOS mentors are ex-offenders themselves, they have credibility with current prisoners, which helps them connect in a more positive way than those agency staff who have never had direct experience.

Additionally, research by the Social Exclusion Unit has identified that access to housing and employment can decrease re-offending by 30 to 50 percent, so SOS also works to ensure that every client secures housing, education, training or employment within the first three weeks of leaving prison. One of the areas of expertise SOS staff offers in this arena is helping ex-offenders disclose their criminal records to educational establishments and potential employers in a true and more positive light.

The SOS project is currently housed within the St. Giles Trust, a charity that aims to reduce crime and social exclusion in the UK. Over the two years since SOS started, Junior has personally supported 60 clients, fewer than 10 percent of whom have re-offended. To this point, SOS has been funded by the Southwark Council, however it has just received additional funding from the Barrow-Cadbury Charitable Trust. With this additional funding, Junior plans to extend his program from one to two London boroughs, and by mid-2009, he anticipates managing three additional case workers.

Despite his success, Junior has been refining and improving his model, and is now seeking broader funding and staff to expand across London. As he considers possibilities for scaling up, he is most concerned about quality assurance, and as a result, the selection process for new mentors is quite intensive. If implemented on a broader scale, his program could potentially save the government billions of pounds, increasing public safety, while fundamentally changing the way society deals with and values ex-offenders and their place in the community.

Junior Smart was raised in Southwark, one of the most economically disadvantaged boroughs in London, and grew up on council estates that were rife with crime, drug use, and violence. Since he was young, Junior’s identity has been very much rooted in the community, as he grew up a trusted figure that people knew and relied on.

After being sentenced to ten years in prison for a drug related offense, Junior resolved that he would help others in the same situation. During his time there, he discovered a peer-to-peer prisoner support system available to prisoners called the Listeners. He was so keen to begin utilizing the service, he persuaded the interviewer to waive the normal procedure of only allowing prisoners to begin as Listeners once they had been convicted, allowing Junior to take on this role sooner than others. As a Listener, he gained the trust of prison authorities while providing support to people in crisis, and eventually became more involved in other programs, including a reading scheme helping other prisoners with low literacy.

While in prison, Junior also worked with the St. Giles Trust, and through his connection with the organization, he gained vocational experience and was trained in information, advice and guidance as well as neurolinguistic programming. After his training, Junior not only realized the lack of similar services offered to young gang members, but he also realized the potential of his own experience and his unique ability to support other prisoners through their release and resettlement.

Driven by his desire to fill the gap in services, Junior began mentoring other prisoners while still in a resettlement prison, commuting from his own open prison to support those in a secure facility. This experience helped him develop the ability to guide others through the challenges they faced, to the point that people mentored by Junior were far less likely to re-offend once released. When he saw how successful his work was, Junior was determined to continue.

After proposing the model for his peer mentoring program to the St. Giles Trust, he gained their support and funding through a grant. Since then, Junior has overseen the expansion of the project to a second mentor, and begun exploring models for further scaling of the idea. He has recently won two prestigious awards from the South London Press for his work and the difference it has made to the lives of young people.