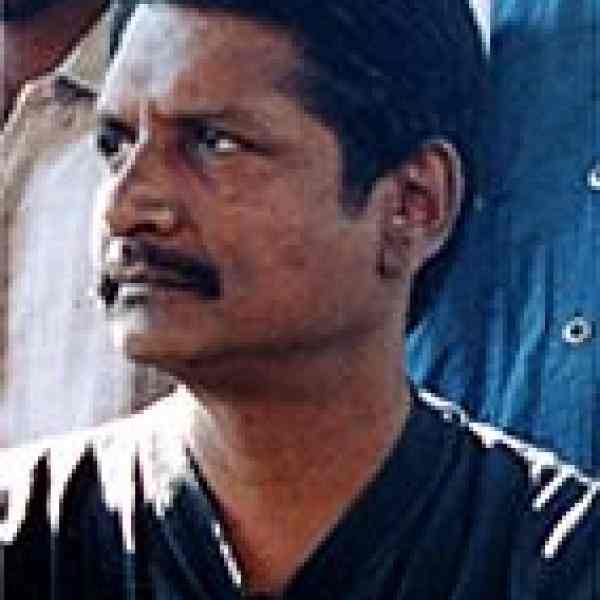 Draco Films
On the Andaman and Nicobar Islands, Harry Andrews is developing the first national park in India to include local people as full partners in multifaceted conservation efforts that address…
Read more

On the Andaman and Nicobar Islands, Harry Andrews is developing the first national park in India to include local people as full partners in multifaceted conservation efforts that address sustainability for both natural resources and the economic activity of local populations.

Harry Andrews is demonstrating how to make needed changes in the implementation of environmental protection programs in India. In earlier work with the Madras Crocodile Trust, he played a key role in the development of crocodile farming that has helped to preserve that threatened animal. Now, using the "flagship species" principle as one of his strategies, Harry is developing a comprehensive conservation program for the delicately posed ecosystems of the Andaman and Nicobar Islands to the south of the Indian mainland. His work integrates the local population into the management of the program, ensuring their ability to maintain a livelihood through economic activities while also conserving local habitat and wildlife. Recognizing that previous attempts to protect endangered wildlife by removing indigenous populations have not taken hold, Harry 's program in the Andaman and Nicobar Islands ensures the preservation of both natural resources and preservation of the cultural traditions of the last remaining original tribes on the islands. "People have to benefit in wildlife management or it will not be sustainable," according to Harry. He sees that sensibly developed wildlife conservation programs must pay for themselves and create means to decrease the land and natural resource pressures imposed by needy local populations. Under his leadership and for the first time in India, a national park is being developed in which the forest department and the local people are stakeholders and where conservation efforts coupled with compatible business activities, including eco-tourism, will pay for themselves and provide employment.

Despite heroic efforts, many existing wildlife conservation programs in India are failing in their goal to preserve threatened species. Population pressures and the high prices which endangered species command on the open market have led to encroachment of national park lands and the slaughter of animals which underpaid and overburdened government protectors are incapable of protecting. While people throughout India increasingly appreciate the need for conservation programs, the fiscal constraints on the part of governments and the tremendous pressure on land and natural resources leave few options. An important factor in the unsustainability of wildlife conservation efforts in the country is that they have not taken the people component into the plan and design of the program. Conservation of wildlife at the cost of the people has led to increasing conflict between the people and the habitat resulting in lowered momentum in conservation levels. For instance at the Rathampore Tiger project, the almost total exclusion of the people they were moved out of their habitat to preserve the tiger) has been one of the most significant single limitations on the project's success.The Andaman and Nicobar island archipelago situated 1,200 km from the Indian mainland in the Bay of Bengal comprises 350 tropical islands of outstanding beauty and diversity. These islands, covering a total area of 8,200 km, are home to five of the last pure aboriginal tribes of humans, two of which still employ bows and arrows to safeguard their territories from the outside world. The islands are also home to three ecosystems: the coral reefs, the mangrove forest (the second largest in the world) and the rain forest. The tropical forests cover almost 90 percent of the land and are known to be significant biodiversity hot spots. The islands have a carrying capacity of 250,000 people, but they now actually support 650,000, thereby posing severe pressure on the land and natural resources.Despite their remoteness, these extraordinary islands are rapidly being encroached by logging operators and land-hungry settlers. The fragile marine ecosystems are being jeopardized by siltation (from eroded soil), sand mining for construction, sewage contamination, oil pollution and short sighted resource exploitation that involves the selling of coral reef curios and shark fins. Large-scale deforestation is not only destroying the habitats of numerous plants and animals, but is also leading to large-scale soil erosion and the degradation of once permanent freshwater courses.

Harry's organization, the Andaman and Nicobar Islands Environmental Team, has designed a multi-pronged approach to conservation which involves garnering government support for the establishment of protected conservation areas, incorporating local populations in the protection of these areas by ensuring economically sustainable activities, linking these strategies to the preservation of local cultural traditions and finally, developing an education program to instill environmental awareness throughout the local population. Harry has set up a new research and education base in Wandoor (South Andaman) and has acquired a small fleet of boats that support the Team's activities. He has also developed relationships with the Andaman and Nicobar Forest Department, the Department of Environment, and the local people.Harry and his team have already made significant strides in influencing government. Harry's work with local wildlife officials has already led to the establishment of 33 conservation areas, including two National Parks and 31 wildlife sanctuaries. Within these protected areas, the local populations play a crucial role in the stewardship of the natural resources. The key to the integration of local people into the management plan is to marry their interests with those of the overall conservation effort.One of the critical elements in the Harry's programs is his introduction of a captive breeding of endangered species such as the Andaman pig. In addition to being an important food source on the islands, the Andaman pig is linked to an egalitarian ethic among the tribals and is used in important tribal rituals. Harry foresees that captive pig breeding can be used as an income generation option for local settlers, and that when the local settlers start earning from the program, the Andaman pigs will become common again in the wild.With a beautiful and attractive resource of reefs, birds, trees, people with deep-sea diving skills and small boats, eco-tourism will also be an underpinning of the sustainable management plan. In the December to March season alone, as many as 400 to 500 tourists come in everyday. As nature guides, the people will not only earn pay, but they will also protect the birds, forests, and other natural sea resources while educating their tourist clients to do likewise_obecause it is in the interest of their livelihood. Harry and his team have designed information boards, posters and stickers for the Tourism Information Center as well as over 100 transparencies and a video of island wildlife which are being used by the Forest Department in daily educational presentations for tourists visiting the national park.Harry has developed an educational program to teach local people about the "working" of the fragile island ecology and help them understand the dangers of putting too much pressure on its resources, through the support and training of teachers, school children, settlers, and naturalists. A teacher training manual helps teachers work with students to appreciate nature and take an active interest in conserving the islands' wildlife and habitat. The acclaimed manual is now part of the required syllabus in schools throughout the archipelago. The unit has also produced an educational video on the natural history and conservation problems of the islands and distributed to the local schools. An educational officer from Harry's program makes regular environmental presentations to schools and organizes nature walks.Harry's long-term strategy is to work with many of the existing wildlife organizations with which he has played a significant role in the past to expand the reach of this new integrated model. He is presently working on an action plan, focusing on tiger conservation efforts to date and the need to pay more attention to the socioeconomic status of local populations. He expects test programs to be developed in conjunction with the Wildlife Institute of India in both the South and Northwest of the country.

As someone who grew up in the hills, Harry has always identified with the outdoors. His father, who "took over" his own father's numerous hunting lodges, was an active member of the Nilgiri Wildlife Association, one of India's earliest and most far sighted wildlife management initiatives. The Association promulgated some of the earliest rules on outdoor activity, such as sustainable fishing and hunting practices that are found even today in the Wildlife Act of India.Although trained to be an engineer and having worked fairly successfully at research and development and marketing for a few years, Harry had to follow his heart and decided to make his career in the outdoors.Harry worked for many years directly with Ashoka Fellow, Romulus Whitaker, and the Madras Crocodile Trust. Under the umbrella of the Crocodile Trust, Harry developed several innovative eco-management programs, such as the largest seed bank for forest species run by women and a successful medicinal plant nursery.