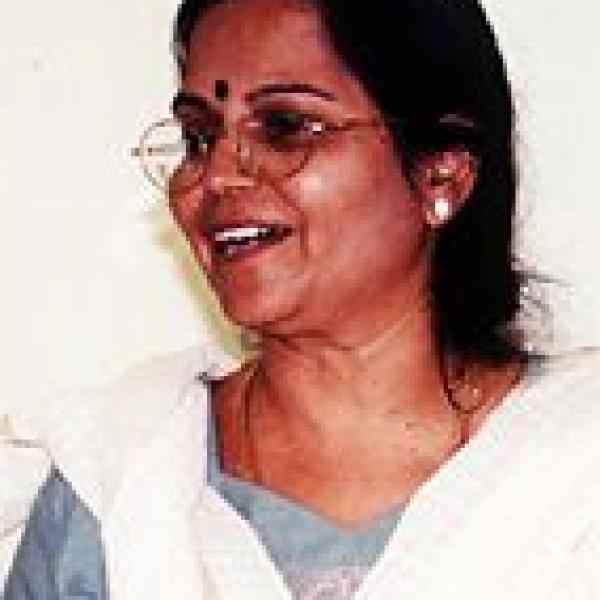 With a long and successful record of working with mass based women&#39;s groups, Harini Kakkeri is addressing issues of women&#39;s reproductive health. Her comprehensive and cost effective…
Read more

Harini Kakkeri is demonstrating how to make women&#39;s reproductive health as a priority in both the health bureaucracy and amongst women themselves. She is doing this through the development of clinics devoted to issues of women&#39;s reproductive health which provide a wide variety of services all in one location. Her approach capitalizes on two features of public health care in India: the public&#39;s increasing awareness of the dangers of HIV/AIDS creates an opening for educating women about reproductive health in general, and government-sponsored population centers have the potential to provide the necessary infrastructure. She is leveraging health as not only a service, but also an economic and development issue and is set to take the program to scale through the institutionalized health network of the government.

The problems related to women&#39;s reproductive health are quite complex. In India, where the status of the women is low, their reproductive health usually is considered a very low priority, and where efforts are made to improve it, they are often ineffective due to ignorance, cultural stereotyping, and the gender bias in social attitudes. As a result, women have had to live with the vulnerability of their bodies.There are numerous obstacles in increasing the awareness of women&#39;s reproductive health. It is common for family members to see a woman primarily as a bearer of children rather than as a person in her own right, and while government policies related to population control still focus on women, the only aspects of their reproductive problems that draw attention are those related to childbirth: such as stillbirth, low birth weight, abortions, and infertility. Though they may have gynecological problems, ranging from painful menstrual cycles to sexually transmitted diseases to infertility, women may not understand them as treatable conditions or even abnormal. Typically, women are also reluctant to admit anything is wrong, for fear of being blamed for it. They seldom feel confident to approach even female doctors and talk about their problems. Most of them feel shy, embarrassed, worried, and guilty, and so they often avoid getting regular check-ups; yet, they feel that it is the &quot;expert&quot; doctor&#39;s job to detect any problem, and they lack the knowledge to evaluate the state of their own reproductive health. The shyness of these women and the fact that many sexually transmitted diseases in women are symptom free and get noticed only in advanced stages, all make the picture more complex.
Harini learned of a further aspect of the problem through the implementation of her initial pilot project. The actors connected to the issue of women&#39;s reproductive health, including the Government Health Department, medical practitioners, and voluntary organizations, were working in isolation from each other. While there are often services available from various sources, there was no comprehensive center that dealt with many of the interrelated issues of women&#39;s reproductive health at one site.

In the setting of pilot clinics, Harini has integrated three essential components that have been neglected in earlier efforts at addressing women&#39;s reproductive health. They include easy accessibility to the women at convenient timings when their absence from the family to attend the clinic will not be easily noticeable; cost effective measures that do not lay heavy emphasis on expensive diagnostic requirements; and above all maintaining absolute confidentiality about the women&#39;s health status.The clinics will integrate awareness into the provision of clinical services. Women will receive information about the reproductive system, the normal menstrual cycle, abnormalities in discharge and ulceration, risk factors for reproductive tract infections, sexually transmitted diseases, HIV/AIDS and cancer of the breast and cervix, and preventive measures. Harini is placing special emphasis on promoting a culture of regular gynecological check-ups for all women, with special packages for adolescent girls and commercial sex workers. She is organizing training in counseling and women&#39;s reproductive health issues for health advisors. In order to encourage women to attend these clinics, Harini is forming women&#39;s groups which are known as People&#39;s Forums, which will be a link with local women.
Although Harini already has started four clinics in the Bangalore area, she has found a more cost-effective way to spread her idea. Rather than construct numerous new clinics, she plans to use the existing government infrastructure of the World Bank sponsored
Indian Population Project VIII, which has over 100 centers manned by medical officers, para-medical staff, and community volunteer cadres. She is developing a training and re-orientation module for these personnel to provide for women&#39;s reproductive health services through these centers. The staff of these clinics will also become accountable to a local people&#39;s representative, which will bring up any issues or problems with the People&#39;s Forum. At monthly meetings all the partners will review the quality of the program and incorporate technical guidance from voluntary doctors.
These centers are conveniently located close to or in the slums and poor neighborhoods, and they function in the afternoons to ensure accessibility to the women. They also provide an atmosphere comfortable to women that encourages free expression and discussion on sexuality and sexual behaviors. They are affordable for poor women. The women doctors who are posted to these centers for primary health care can be trained to also provide women&#39;s reproductive health services and education. Harini is also working with the government and its health authorities to prepare them to manage the program when it will be officially handed over to them at the end of the term of the Population Project in 2000 AD.
Finally, Harini is developing extensive networks among public officials to spread her idea. She is working on a platform to involve elected representatives, government officials, medical specialists, and local citizen groups to help spread her program and consolidate effective changes into government health policies.

Harini was born and educated in Andhra Pradesh, South India, and is committed to bringing about a difference in the quality of life of underprivileged people. She has led many successful campaigns on issues relating to women, moving from mass organizations to community based initiatives.Working with women&#39;s groups on social and economic issues convinced Harini that health issues can not be neglected. Several members of her family are doctors, which has given Harini significant exposure to health issues. She feels that although there are many social problems facing underprivileged Indians today, it will be impossible to deal with many of the problems if the issue of inadequate health care is not dealt with first.