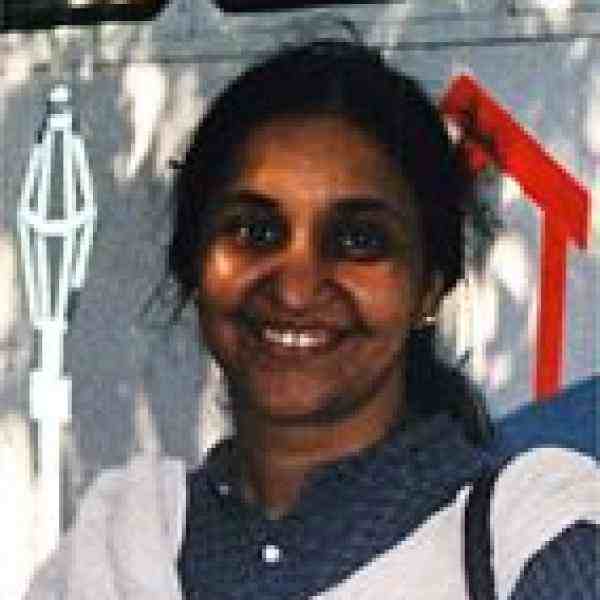 Beena Lashkari is exposing slum children of ages three to eighteen to formal education and helping them stay in school. From doorstep schools to schools-on-wheels to evening schools, Beena finds creative ways to make these students' first encounter with education successful.

Beena is educating poor children in urban areas by establishing schools and other educational programs that are sensitive to their unique needs, backgrounds, and lifestyles. Through her Doorstep School (DSS), Beena is finding new ways to provide an initial educational experience to these children. Her goal is to have every child stay in school long enough to become literate and to earn a "Grade 5+level" certificate, essential to securing a job in the future. Beena continuously adds to her list of solutions for easy-access to education. Her most recent idea, schools-on-wheels, are classrooms in buses that reach entire communities of children outside the formal education system: street kids, children of poor construction workers, seasonal migrants, and others with no permanent address. Schools-on-wheels has already spread from Mumbai to Pune. The idea is also being considered in remote rural areas in the states of Maharashtra, Gujarat, and Rajasthan in western India.

Ensuring that all children receive primary education continues to be challenging for India. Official studies estimate that 21 percent of all school-age children living in poorer sections of big cities are not attending school. In cities like Mumbai, with large migrant populations, children help their families by selling flowers, newspapers, and other odds and ends at traffic lights. For many children school is not an option, as the more pressing need to simply survive takes precedence. Poor children, especially those who live in slums and on the streets, face great difficulties in gaining access to basic education. Many don't have birth certificates and other official documents required to enroll in school. Social and cultural issues often keep young girls away. They are required and expected to help their families with housework and to earn a living. Simply enrolling children in school, however, does not ensure they will receive even primary education&#150;nearly half drop out before completing the first five years. Educators' long-term solution is to build infrastructure tailored to the needs of slum children, including more state-run schools and relevant curricula. While this approach looks promising, there remains a huge need to educate poor children right now, using the best tools currently available.

In the late 1980s, Beena began developing alternative "doorstep schools" for children in Mumbai's slum communities. Soon she expanded her program to include preschool classes for 3-year-olds. Her staff of social workers then began connecting the slum communities with the government, health departments, school authorities, and local sanitation offices to improve their living conditions. To increase access to education and to meet a broad range of needs, Beena started a school-on-wheels, or a classroom in a bus. Twice a day, the bus parks in the same spot to attract children to the school. This routine also enables DSS staff to better address the schooling needs of children in a particular area. If there is a municipal school nearby, staff members help children enroll. As many children don't have official documents like birth certificates, Beena persuaded Mumbai's municipal school officials to allow parents to accompany their children and vouch for their date of birth. This option is now available to students other than in Beena's programs, and is a major breakthrough in improving access to education. As many children cannot attend government schools, Beena looks for a site to establish a local DSS school such as an existing balwadi (non-formal education center), or in a space donated by a resident. After setting up the school, the bus moves to a new area. It has so far taken Beena between six to eight months to establish four new doorsteps schools using this strategy. "The school-on-wheels will help me fulfill my main objective of making basic education accessible to a larger number of children," says Beena, "and in keeping with the overall strategy, it also brings the school to the child's doorstep." At "parallel" schools, Beena targets drop-outs like the teenage girls whose parents are reluctant to let them travel on their own or those who work during the day. Beena recently designed a program for girls working in Mumbai's fish docks. DSS meets these girls' needs by holding evening classes and in each lane of the slums. Once a DSS "graduate" enrolls in a public school, the organization follows up and conducts study classes to guide the children through the formal school system. Beena and her staff also run a library program, for which corporations and individuals donate books to government schools' sparse libraries. Her staff reads with the children in the schools and also brings books to slum children as a door-to-door library. The Mumbai Municipal Corporation has introduced similar programs in its schools.In a major policy change, Beena has secured permission from the government for children in DSS programs to take the official mid-level certificate examinations. This breakthrough has several benefits including enabling the children to obtain government certificates valued by future employers, demonstrating the usefulness of the program to parents, and opening up several new opportunities and incentives for similar alternative education programs in Mumbai.In the long-term, Beena believes the impact and effectiveness of her programs will inspire many others working with poor children in urban areas to start similar ventures. Eventually, she envisions the government incorporating schools-on-wheels into the formal education system as an extension service. Doorstep School now runs seventeen centers in South Mumbai. Beena plans to work at the state and inter-city level to help other organizations adopt her "first encounter" approach.

Though raised in a traditional business family, Beena chose to focus instead on children's rights, education, and health. She studied child psychology in college and learned about children's health at Mumbai's Nair Hospital while pursuing her Master's degree in social work. This experience showed her the "invisible" children who are overlooked by the system. Beena's interdisciplinary background also enabled her to gain support for strengthening efforts to bring children into school as early as possible, irrespective of their social and financial circumstances. In 1998, Beena set up her first Doorstep School for the children of nomadic construction workers in one slum of South Mumbai. She continues to devise new ways to fill the gaps in education for poor children, especially ensuring that every child's first school experience helps and motivates her to pursue an education.